Powerful, All-in-one, Arduino-compatible Development and Prototyping Board with ATmega128 at it's Core.

We Told You It Is Powerful

First off, a huge thank you to all of our backers thus far. We are excited to see what you will build with the Winkel Board.

With this build example we wanted to show that Winkel Board is really powerful and while it is more than ideal for basic builds, it can pull off many advanced builds as well. So we decided to showcase what Winkel Board could achieve with it’s huge I/O set and ATmega128’s processing power.

This example includes displaying of graphics on a 32x32 RGB LED matrix panel - panels which are usually used to build Video Walls.

The reason we chose this build is because these displays are normally designed to be driven by FPGAs or other high speed processors; they do not have built in PWM control of any kind. Instead, you’re supposed to redraw the screen over and over to ‘manually’ PWM the whole thing. On a 16MHz MCU one can manage to squeeze 12-bit color (4096 colors) but this display would really shine if driven by an FPGA, CPLD, Propeller, XMOS or other high speed multi-processor controller.

Credit goes to Adafruit, who have an amazing build example here where they have used Arduino UNO.

Adafruit mentioned "We have example code ready to go for these displays. It’s compatible with the Arduino Uno or Mega…but not other boards like the Leonardo, nor “Arduino-like” boards such as Netduino…programming gurus might be able to port it to other microcontrollers by adapting the C++ source, but as written it does some pretty low-level, non-portable things."

We were lucky enough to port RGB Matrix Panel library and Adafruit GFX Library to the Winkel Board.:P

You can go through the entire build process on Adafruit’s page. We will do a detailed step-by-step guide specific to the Winkel Board very soon. Until then, enjoy the images and videos of this build. 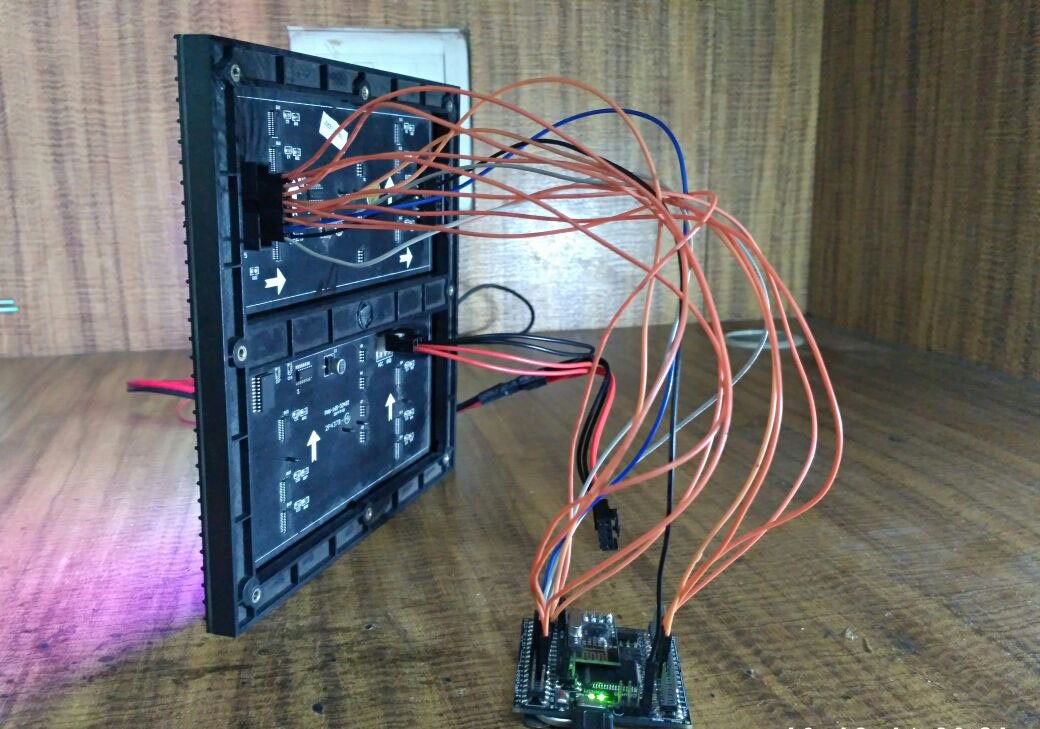 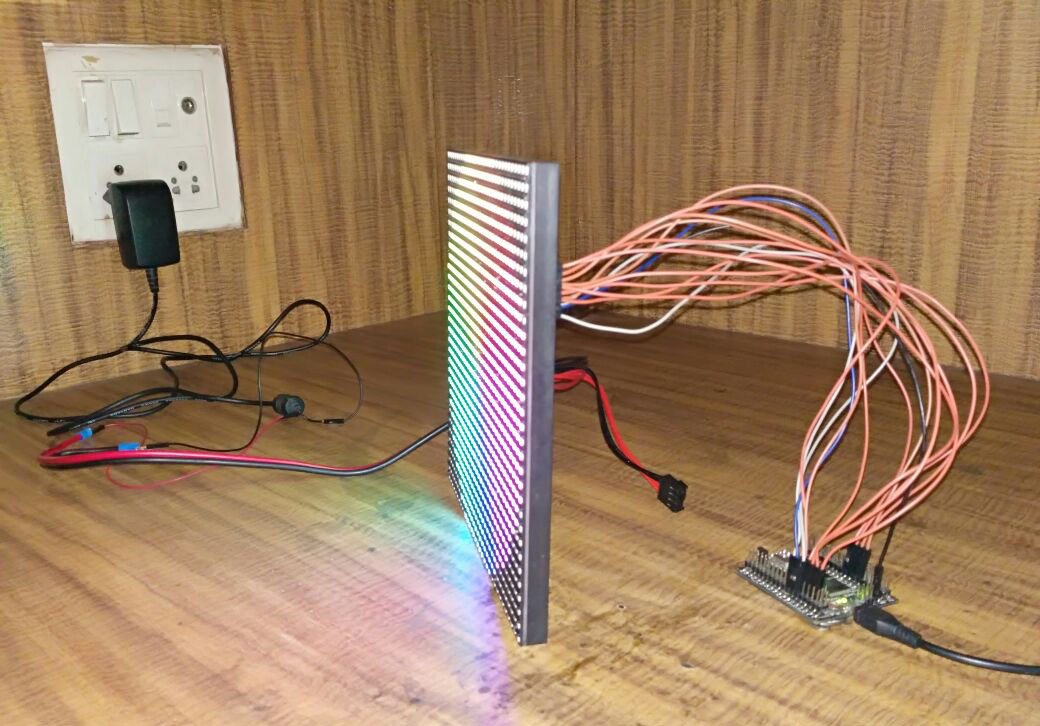 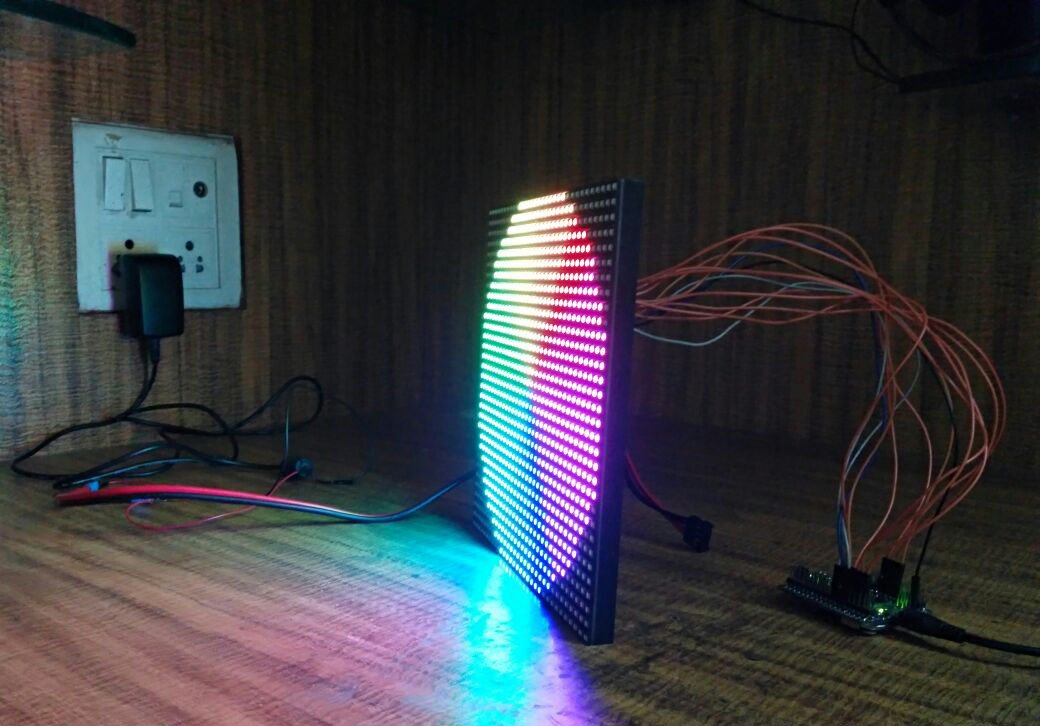 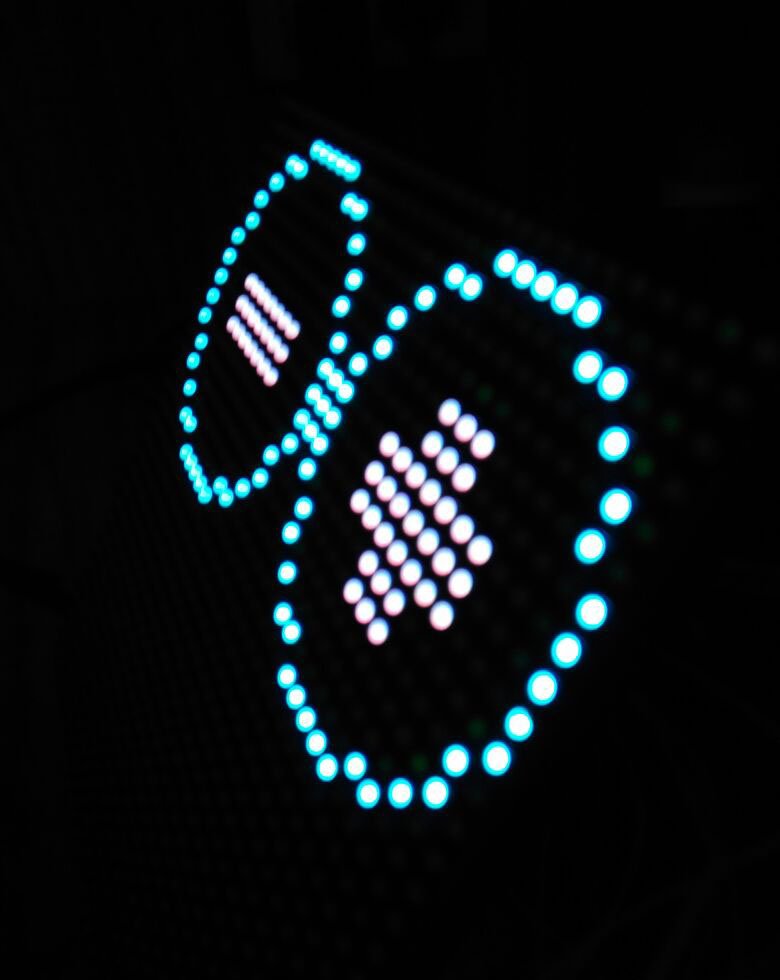 Now we know that the results are a bit flaky at the moment, but we are continuously trying to improve the ported libraries for better results. Detailed aspects such as current draw are provided on the Adafruit page, but values specific to Winkel Board will follow soon.