There has been a change of plans regarding crowdfunding order fulfillment. We will handle all fulfillment of crowdfunded units, even non-EU units, by ourselves. Read this update for more details. Also, we’ve received positive feedback from the first MNT Reform backers who already got their devices! 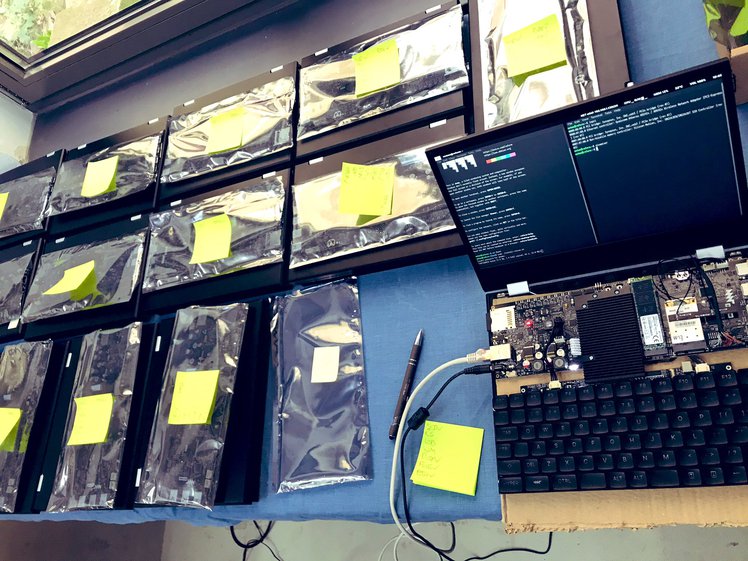 Originally we wanted to ship the first non-EU crowdfunding shipments by now, but life got in the way: I got my first COVID vaccine shot and one of my team members had to move flats. The current status is that we have shipped 50 MNT Reforms to EU backers and will ship out the remaining EU crowdfunding units beginning of next week. They are all tested and good to go.

In the meantime, we made an agreement with Crowd Supply to handle all fulfillment of crowdfunded units, even non-EU units by ourselves. As we have a good deal with UPS now, it just makes more sense for us financially and from a process point of view, as we can ship out units each week and don’t have to accumulate batches of hundreds of them in our storage. If you ordered during the crowdfunding phase (up to June 18th, 2020), this will get MNT Reforms into your hands faster, because shipments don’t have to go via Crowd Supply in the US for repackaging. But in the case of US backers, this also means you have to pay any import VAT that might pop up. I apologize for this inconvenience. For non-EU and non-US backers, there shouldn’t be any change.

If you ordered after the crowdfunding phase, i.e. after June 18th, 2020, this doesn’t concern you. All non-crowdfunding orders will be shipped by Crowd Supply.

You can check your order details, shipping address, and more within your Crowd Supply account.

The feedback from the first MNT Reform backers who already got their devices has been overwhelmingly positive, and we are very thankful for the good words. Backer Mauro Morales wrote an in-depth review of the DIY kit that is worth checking out, and multiple people published DIY kit assembly videos on YouTube (spoiler alert!): unwrapping, unboxing, assembly and another assembly. In addition, there are lively discussions about topics such as system configuration and hardware compatibility in the MNT Community—to which you are always invited to contribute.

Thank you for your continuing support!