Physical security for your personal data

The assembly process has finally started after overcoming multiple obstacles. I expect all devices to be assembled early in December.

The full order of circuit boards has arrived. Previously I suspected that the power supply needed stabilization with larger capacitors, but experiments and examinations revealed that the underlying problem was residual flux from the assembly process on the USB connector pins. The connector pins showed signs of corrosion and crystalline structures called dendrites known to form when flux is exposed to heat and moisture. These surface problems were causing intermittent interruptions in the connections. MacroFab was very helpful in resolving the problem and has assured me that the connectors on the production order went through an additional cleaning process. I’ve inspected a number of boards from the production order and could find no trace of contaminants. The production boards have proven to be stable in all tests so far.

The enclosure mold has been modified to correct a modeling problem found with the screw hole. I’ve recieved mold samples back and they look good. The screw now fits tightly. I’ve approved the mold for production and made a production order of enclosures that will arrive later this week.

The button for the enclosure has been redesigned with a lower profile. I have had several hundred of the new design printed and have begun polishing and preparing them for assembly.

Below is a photo of the first completed Signet assembly using all production parts: 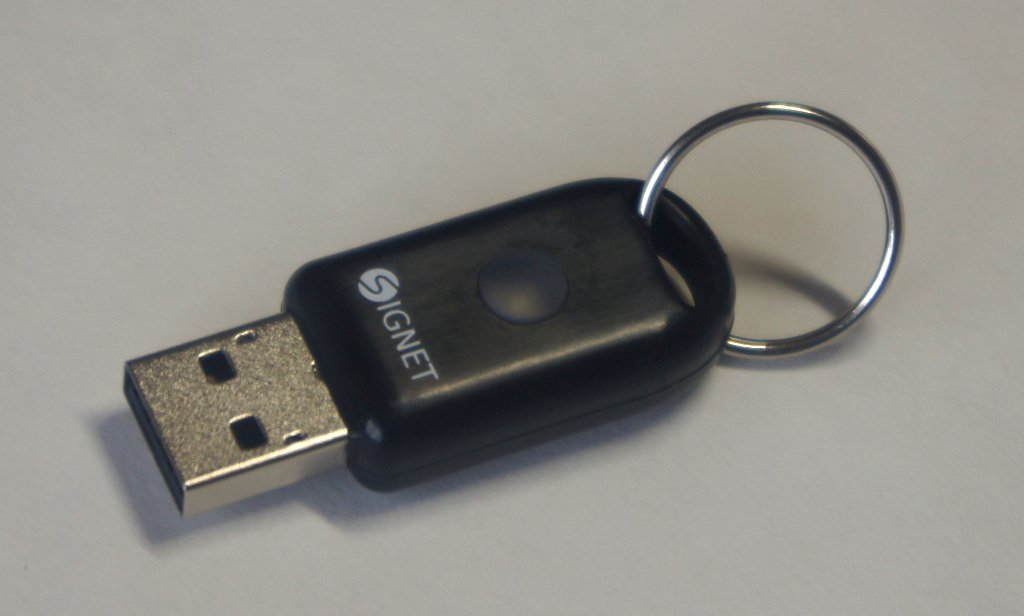 I’ve assembled a few of these now using the production mold samples and will be able to assemble the rest when the enclosures arrive later this week. While I wait for the full set of enclosures to arrive I will be working on completing key software deliverables such as command line tools, KeePass integration, and the mobile client.