Last weekend, our friend Mike "Hamster" Field from HamsterWorks, was successful in demonstrating what we believe is a FOSS world first! As the pictures show, Mike has working 4k video output (3840×2160p30) via DisplayPort using an open source core on open hardware.

Mike has been hard at work implementing a fully open source DisplayPort core, so we were keen to get him an Numato Opsis board (we shipped him the third board ever made). Currently his implementation is only using 2 of the 4 high speed transceiver lanes on the Opsis but he is working on getting the other two lanes working to effectively double the bandwidth and enabling full 3840×2160p60 (although Mike’s monitor doesn’t go that high, guess he needs a new one :-). It has been awesome to be working with Mike and getting the Opsis fully supported with his work.

Over the next couple of weeks we should have some cool demos (plus less blurry videos / screenshots!) and code samples which show how to make use of this type of functionality as it can be tricky.

*PS: You all rock, we have reached our first stretch goal! Will post an 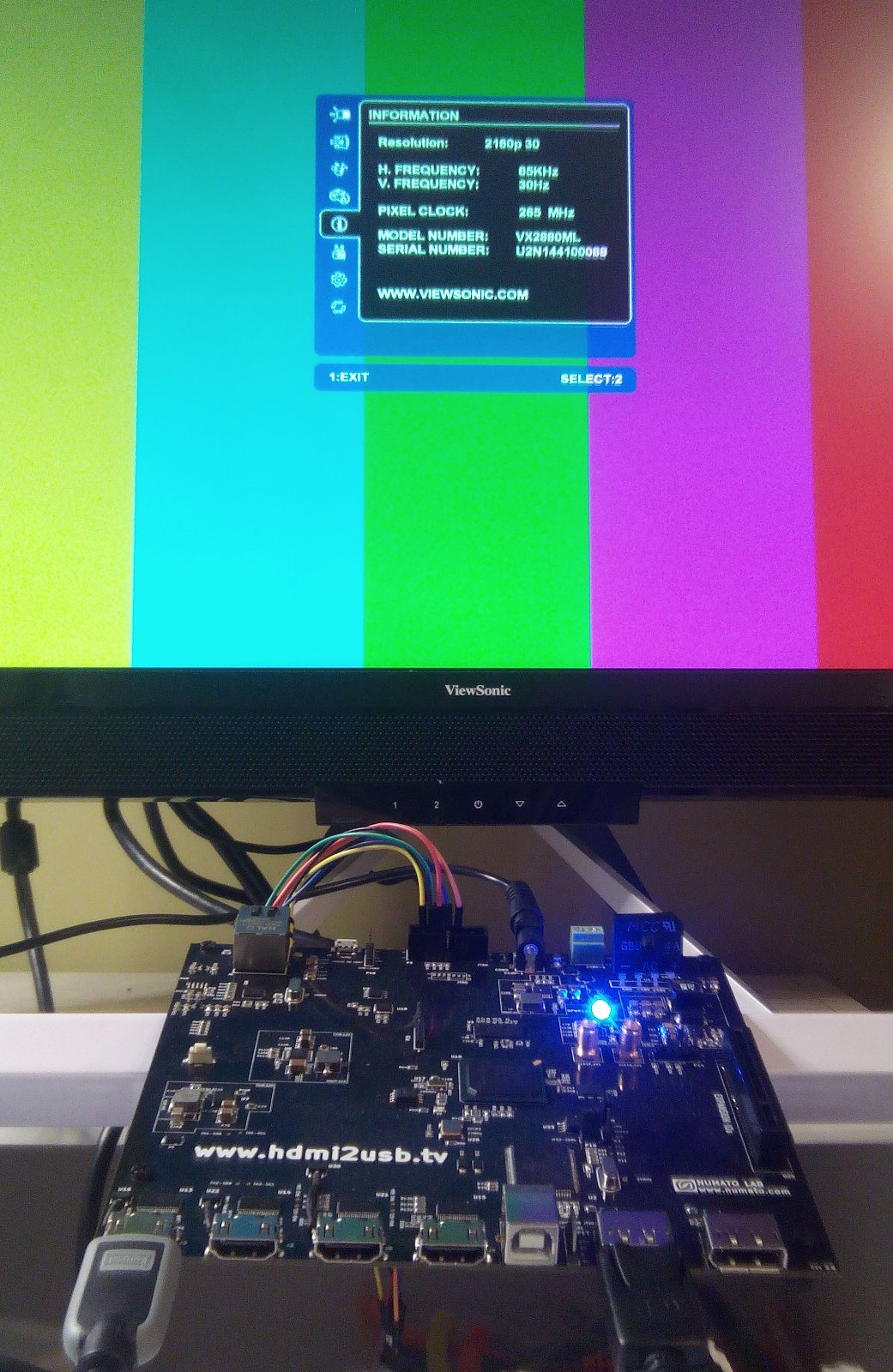 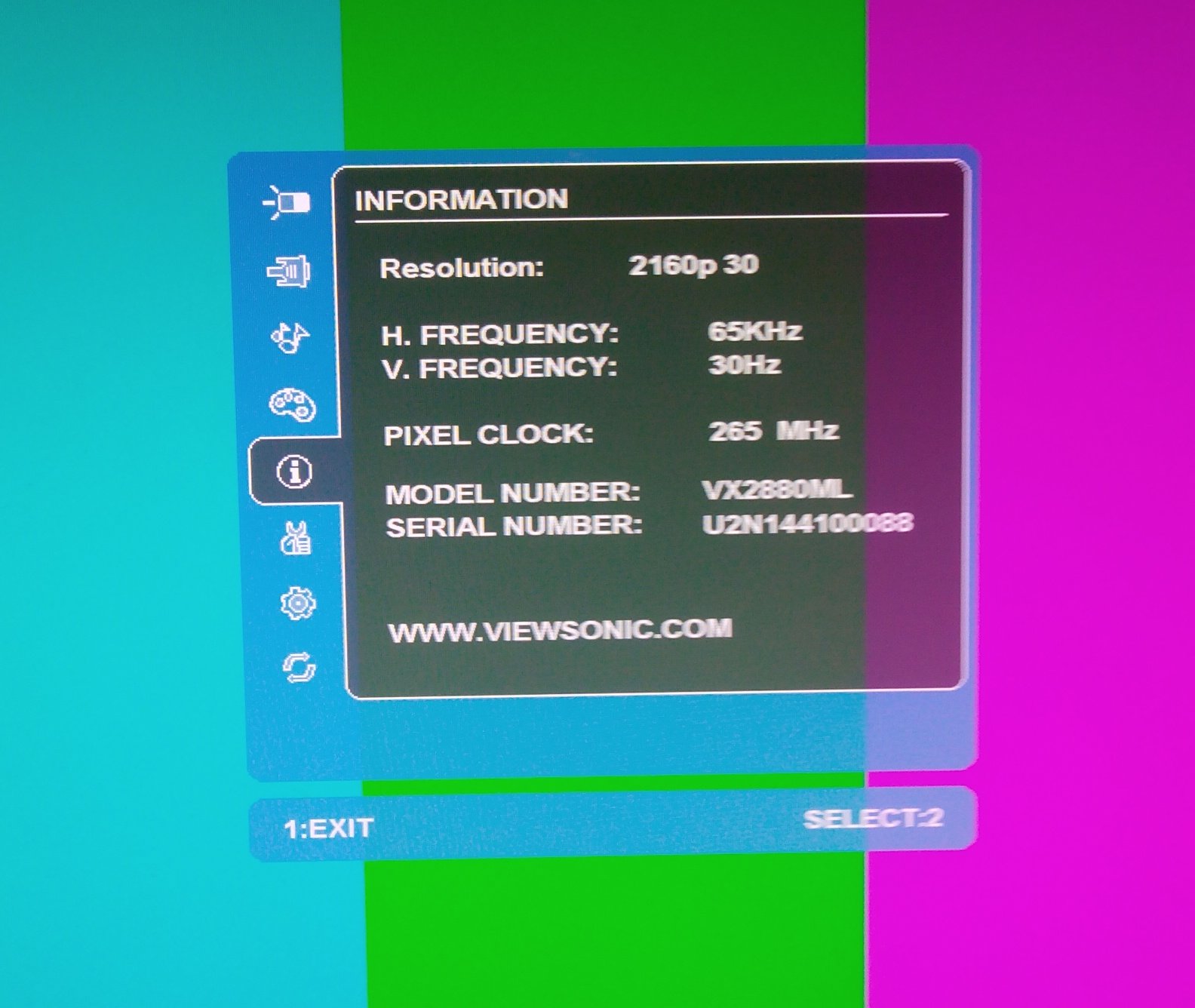