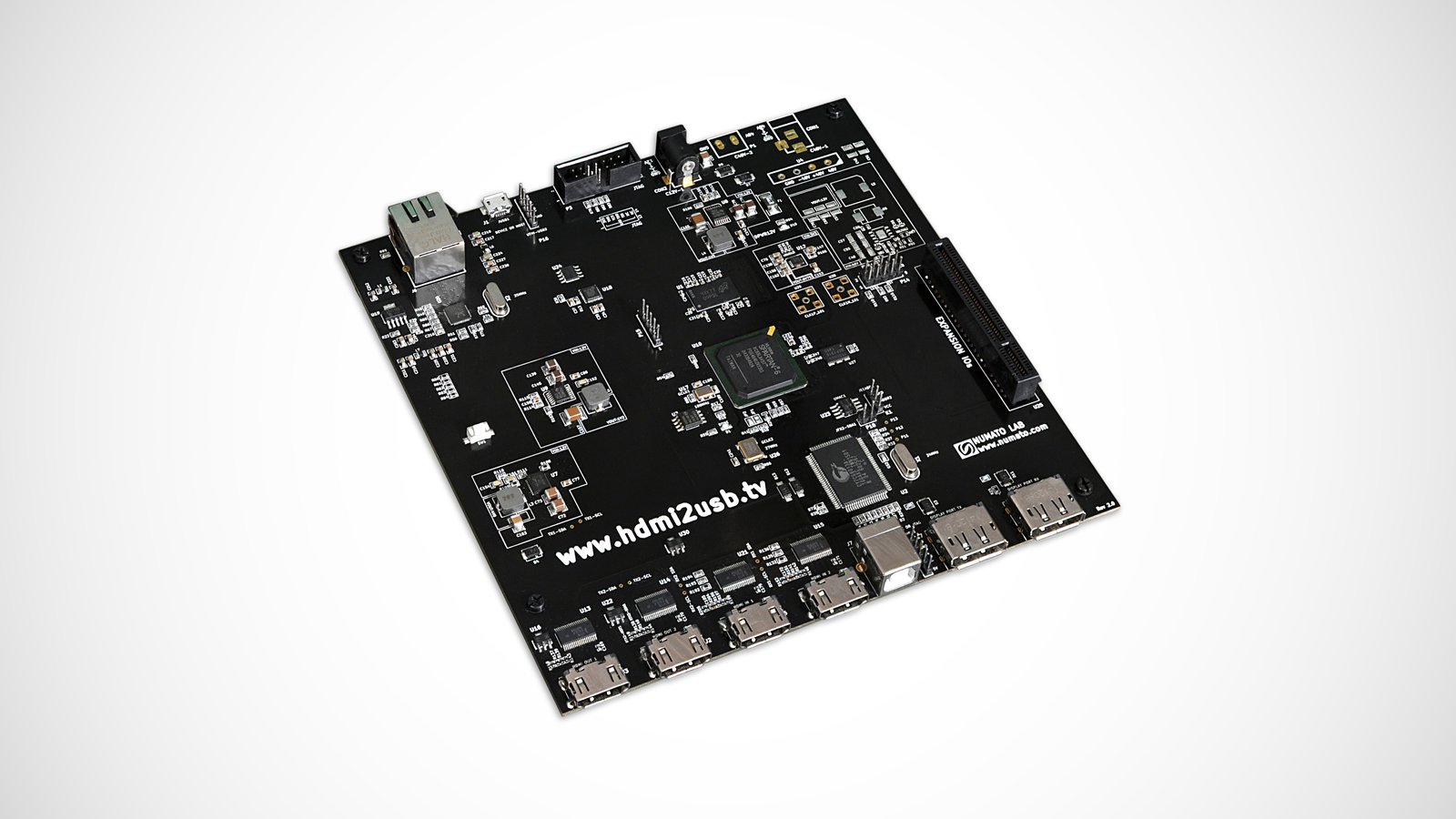 An open platform for recording, routing, and manipulating HDMI and DisplayPort video signals 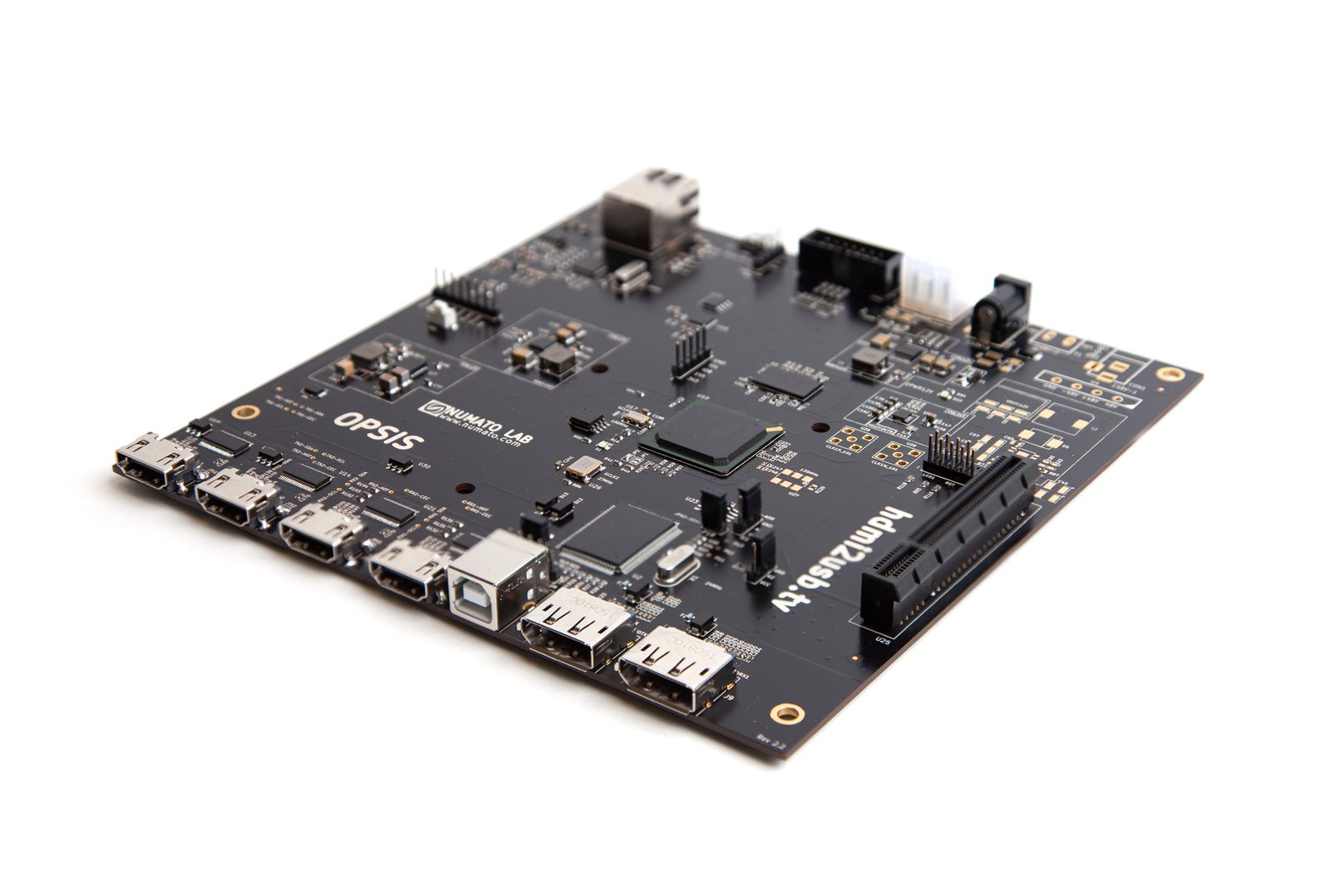 The Numato Opsis is a powerful new FPGA-based open source video platform for videographers and visual artists. The Opsis board was designed to give the user complete control over high-speed video, enabling everything from real-time conference capturing solutions, to experimental visual art and even general FPGA-based video research. 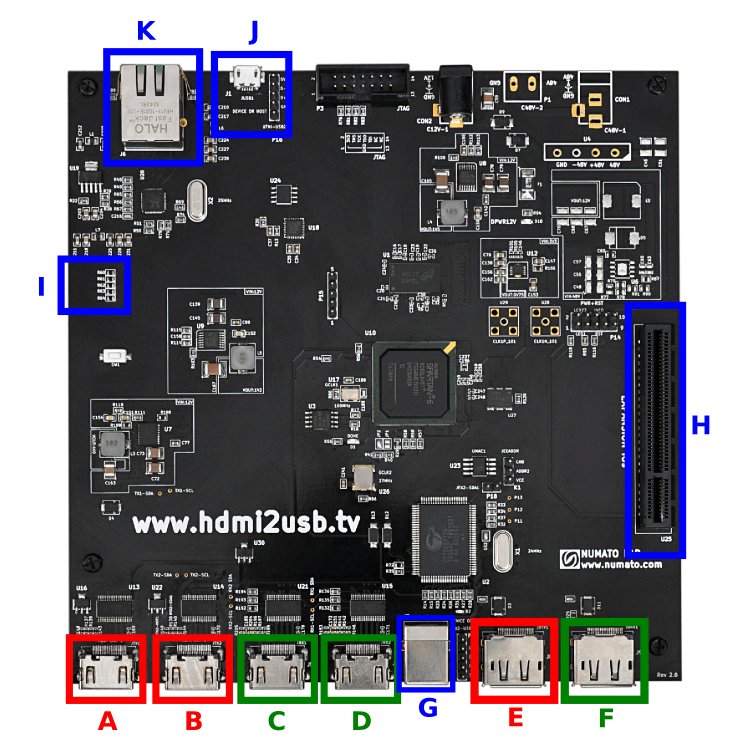 As a collaboration between the TimVideos.us live event streaming project and FPGA development board manufacturer Numato Lab, the Opsis is the ideal device for the HDMI2USB.tv video capturing firmware, which allows for "fool-proof" video recording from any computer. Enabling direct acquisition of video streams in realtime to a computer through the USB 2.0 interface or sent over the network through the Gigabit Ethernet interface, the Opsis is a vital component within the complete conference recording solution envisioned and pioneered by the TimVideos.us project.

The Opsis is flexible and powerful enough to have a large number of use cases, many of which we probably haven’t considered. That said, we had certain use cases in mind when we designed the system.

The Opsis was designed to run the HDMI2USB firmware developed by the TimVideos.us project. This firmware makes it easy to build automated conference/event recording systems.

The diagram below shows one such simple scenario. The HDMI output from the laptop is fed into the Opsis, which forwards it to an external monitor and simultaneously allows another computer to capture the output via the USB 2.0 interface. The HDMI2USB.tv firmware emulates a standard UVC webcam, allowing any video software, such as Skype, Google Hangouts, or WebRTC, to then send it to an online audience. 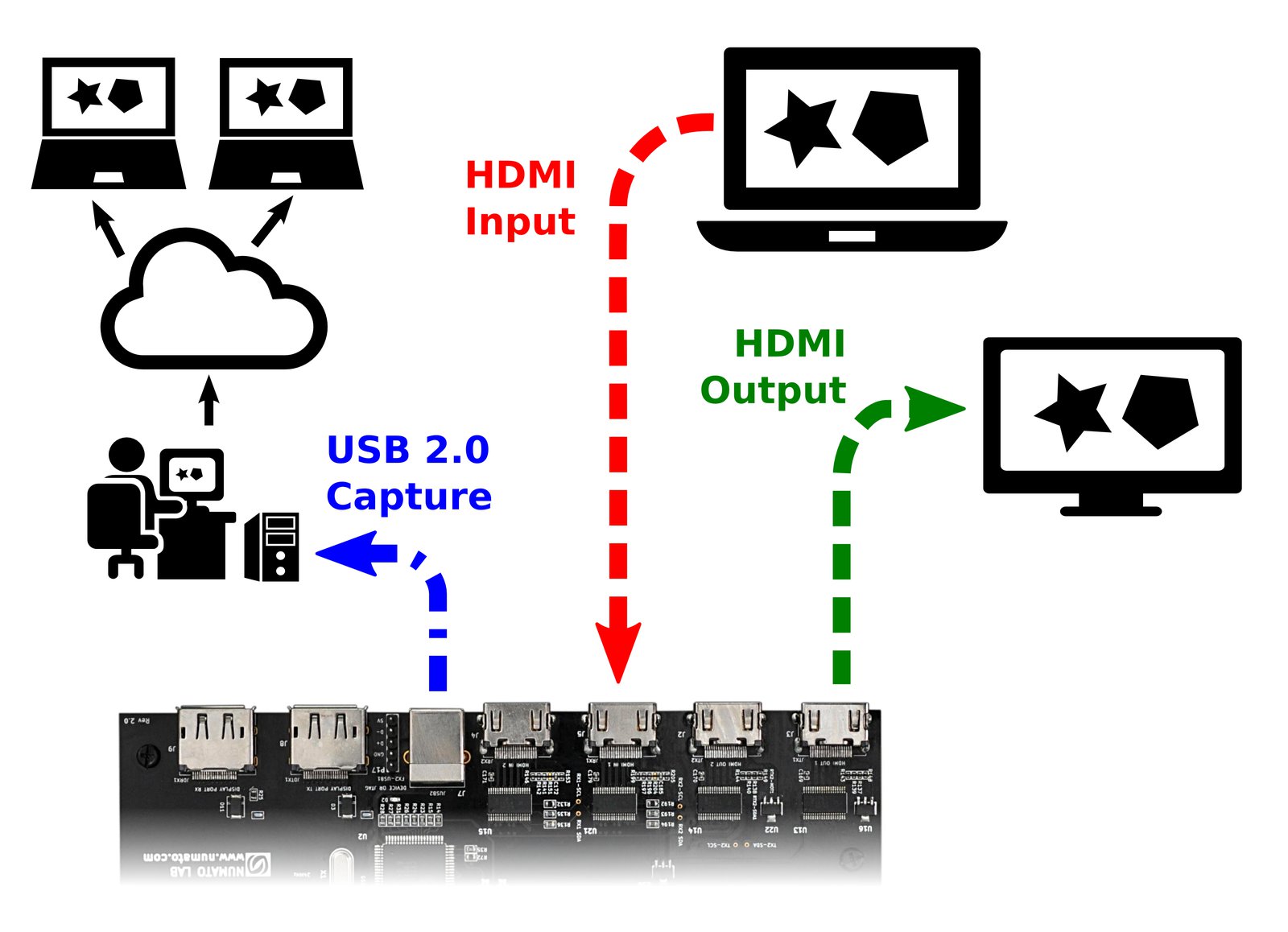 A more complex scenario is shown below. The Opsis is used to feed the output from a presenter’s laptop onto both a large projection screen and a private "confidence screen" for the speaker (probably at the foot of the stage). The speaker’s dramatic facial expressions are also captured by a HDMI camera. Using the USB interface, a capture computer is able to switch between the two inputs and rebroadcast online. 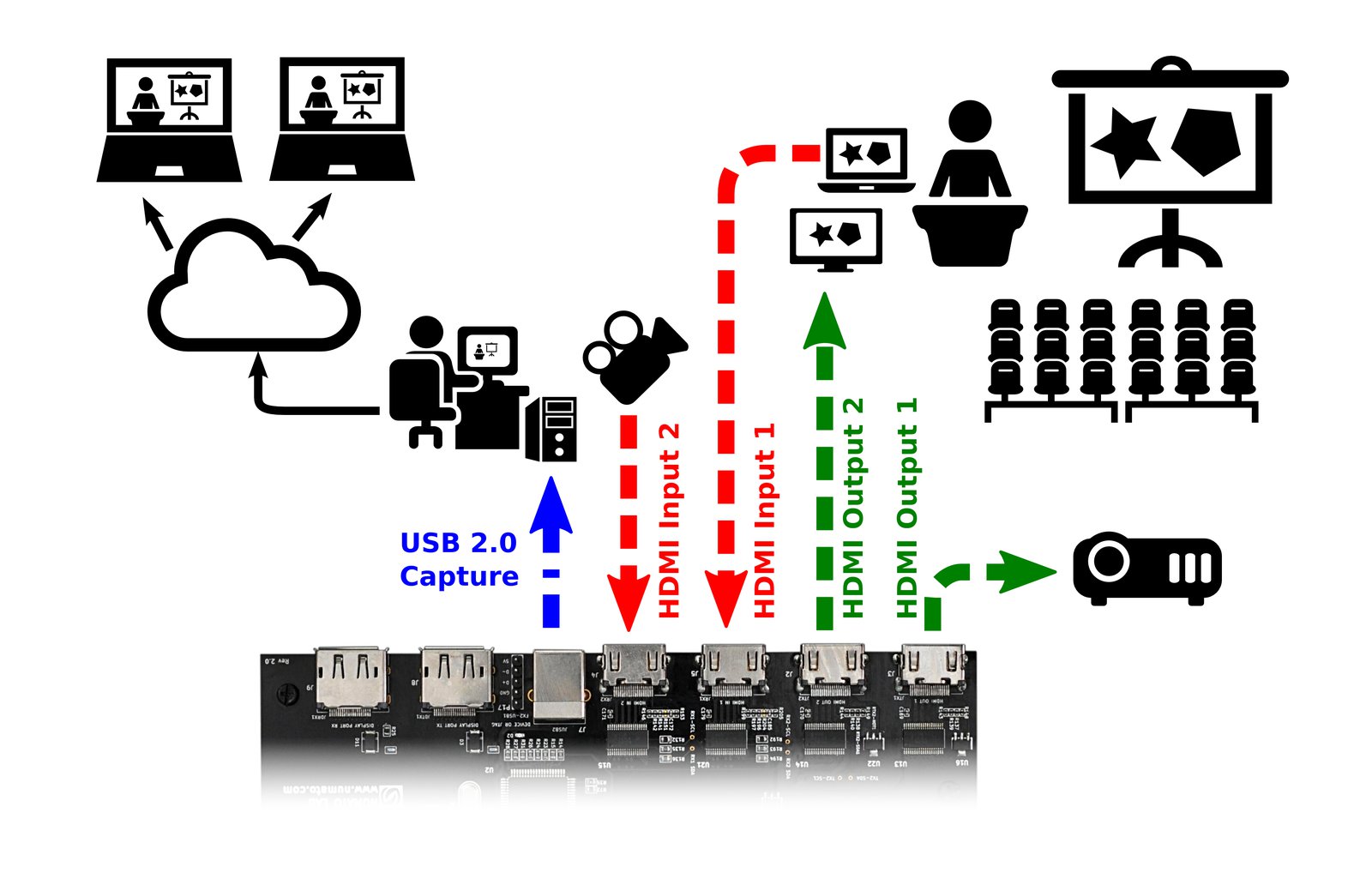 A setup for recording a conference or user group

The HDMI2USB.tv firmware project has experimental support for using the Gigabit Ethernet interface as an alternative capture interface and is developing algorithms for hardware-based mixing and scaling, such as picture-in-picture.

In addition to running the HDMI2USB firmware, the Opsis can be used as a powerful FPGA development platform. The Xilinx Spartan-6 LX45T FPGA on this board can hold extremely large designs and can be used with the free Xilinx ISE Webpack software. The 2 Gbits (256 Megabytes) of onboard DDR3 SDRAM allow ample data storage accessible at high speeds. Onboard USB 2.0 and Gigabit Ethernet controllers allow high-speed, high-bandwidth connectivity to workstations and the network. With a USB host stack, the built-in USB OTG controller can connect to a wide variety of peripherals, such as keyboards, mice, cameras, and other USB devices. The programmable USB device controller can act both as a JTAG programmer and as a serial converter to be used as a debug console to assist development and debugging. See how the Opsis compares to other boards in the chart below.

The high-speed transceivers are broken out into two dual-mode compatible DisplayPort connectors. This makes implementation of both DisplayPort sink and source easy without external adapters. The dual-mode compatibility also allows the implementation of high-speed HDMI with cheap, readily available adapters. Other protocols, such as PCI-Express, may be implemented by using appropriate high-speed transceiver breakout solutions.

The transceivers can also be used as a high-speed communication method between multiple Opsis boards (in a daisy chain configuration) allowing the possibility for the creation of large matrix configurations using cheap and readily available DisplayPort cables.

The dual-mode DisplayPort interface enabled by the high-speed transceivers nicely compliments the already extensive video support and extends the reach of the Opsis into some of the highest resolution video formats previously unavailable on an open platform. 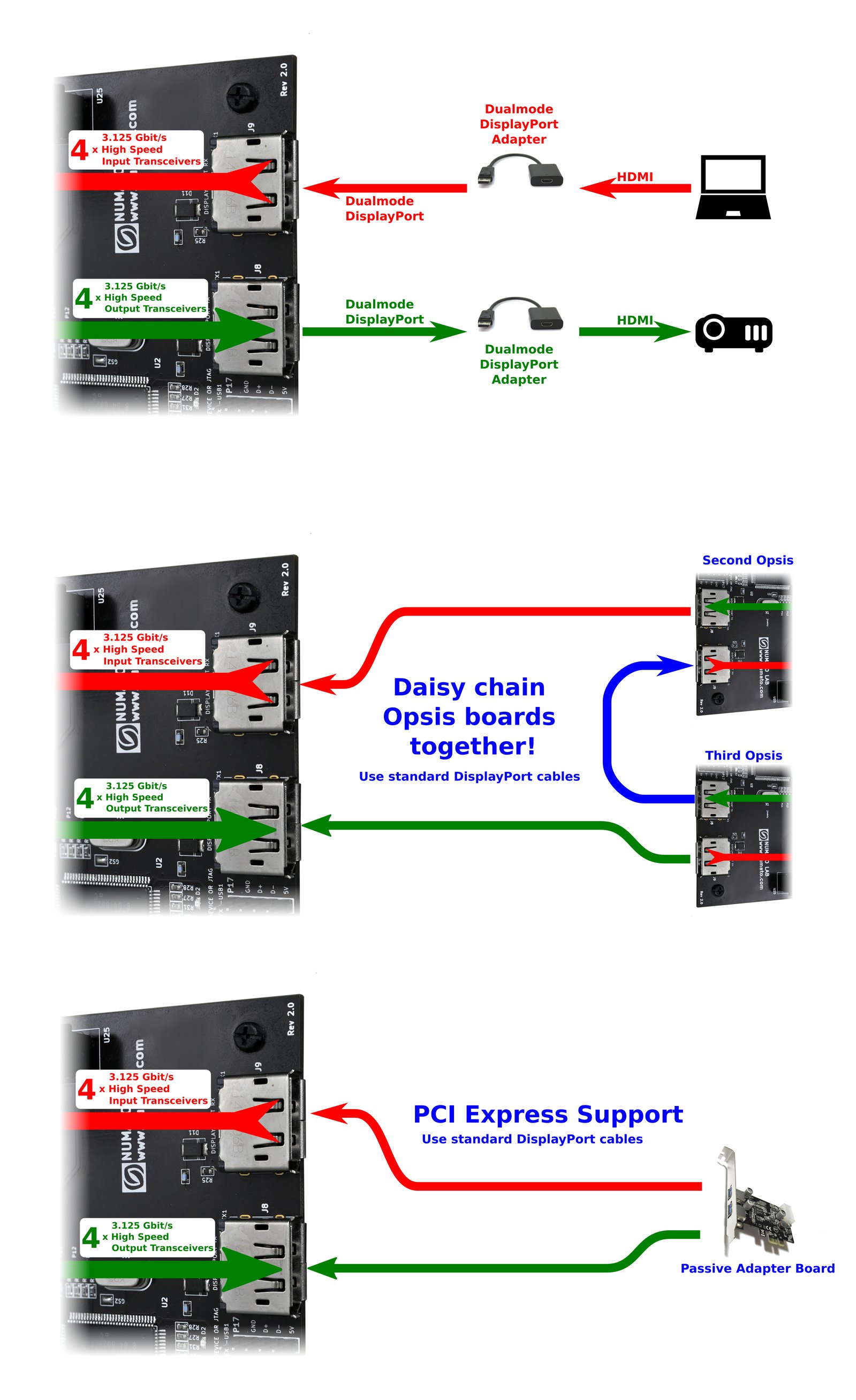 The same features which make the Numato Opsis an excellent platform for video development and an essential part of the TimVideos capture system also make the board awesome for anyone doing video-based art or live video effects such as Video DJing.

When in 2010, the Milkymist project launched the Milkymist One (M1) hardware platform and Flickernoise software, a system for visual effects with the ability to power high-definition video DJ projects, video art installations and live video effects projections was finally available! The Milkymist hardware did all the processing with the powerful onboard FPGA, processing every pixel, giving exceptional control and customization possibilities. Sadly, with the M1 hardware is no longer available and the second generation Mixxeo hardware was not turned into a finished product. With M-labs now concentrating on advanced quantum physics it seemed that the promise of an open, advanced, video mixing platform had ended.

The Numato Opsis hardware has a large amount in common with the Milkymist developed hardware, being built around the same FPGA core and designed for high-speed video manipulation. With support for the Opsis board currently being added to the MiSoC firmware, the Opsis makes a great candidate to fulfil the vision of the original Milkymist platform. 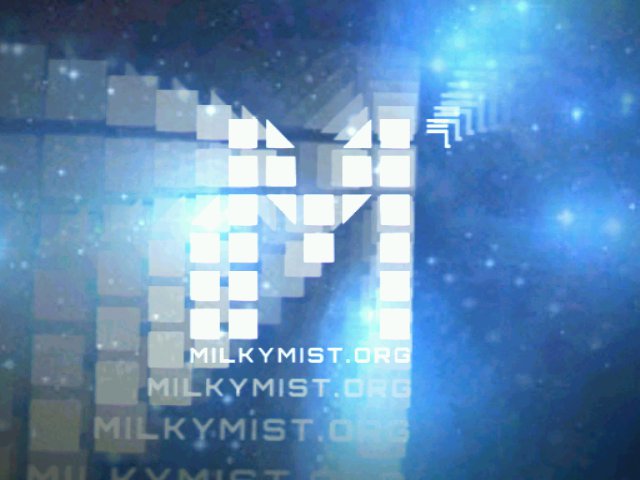 The Opsis is also the first device to have Tim’s TOFE interface for extra I/O board expansion. The TOFE interface dramatically reduces the cost of high-speed I/O functionality by taking inspiration from the PCI-Express standard and repurposing its connectors and mechanical specifications.

TimVideos and Numato are committed to developing expansion boards to add new features (such as VGA capture) to the Opsis board through the TOFE connector. We also plan to create simple adapter boards to other existing expansion I/O standards such as PMOD and the Digilent VHDCI.

We hope that the significantly reduced cost of the TOFE interface will also enable the community to create new expansion boards we haven’t even dreamt of yet! 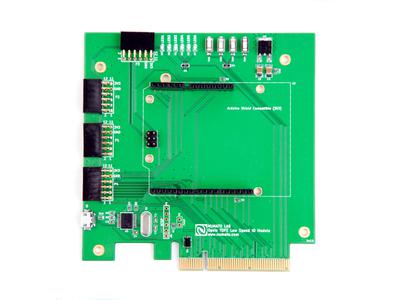 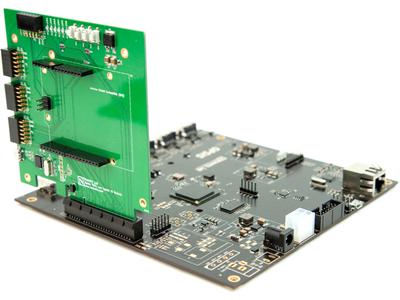 The "Low Speed I/O" board has the following confirmed features:

For more information on the Milkymist board, read the full update here. 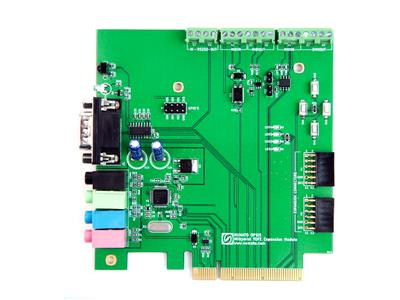 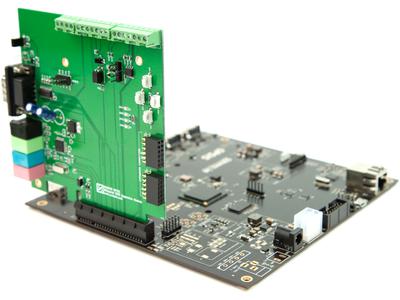 The "Milkymist Compatibility" board has the following confirmed features;

For more information on the Milkymist board, read the full update here.

Free as in Freedom

The latest HDMI2USB firmware is built around the MiSoC firmware. We are also working on adding support to MiSoC for the Opsis board upstream. MiSoC provides truly open source implementations of essential functionality, such as high-speed memory controllers, central processing units, and much more without using any restrictive third party IP blocks normally required even by open source firmware. MiSoC is a high performance, flexible and lightweight solution to build system-on-chips for various applications, and is based on Migen. Migen is a Python-based tool that helps automate the VLSI design process.

Unfortunately, development on the Opsis, as with all other FPGA boards, requires the use of proprietary tools for programming the FPGA. In this case, the tools are the free (as in beer) Xilinx ISE Webpack software.

The Numato Opsis FPGA-based video development platform is a collaboration between Numato and the TimVideos.us project.

TimVideos.us is a group of exciting projects which together create a system for both recording and streaming live events for conferences, meetings, user groups and other presentations. We hope that, through our projects, the costs and expertise currently required to produce live streaming events will be reduced to near zero. We wish to develop a system where everyone has the ability to record presentations and host live remote participants across the globe.

Tim Ansell is the founder of the TimVideos.us project and lacks an imagination when naming things. Having been involved in FOSS since 1998, he got involved with conferences like Linux.conf.au before starting the PyCon AU conference. After getting frustrated with the lack of open high-definition video recording systems he started the TimVideos.us project in 2011. He was inspired by Bunnie Huang’s NeTV project to tackle the idea of creating open capture hardware which resulted in the <HDMI2USB.tv> project.

Numato Lab has been designing and manufacturing FPGA and Microcontroller based products and solutions, catering to a wide variety of demography from hobbyists to academics to industries. Numato has designed and manufactured many open source cost effective FPGA designs based on Xilinx Spartan 3 and Spartan 6. We believe strongly in open source hardware and sharing knowledge thus making technology available to everyone.

Numato Lab has designed and manufactured the second revision of the board and has already shared prototype boards with key contributors. Most of the features are tested and porting of RTL design and firmware is in progress. The hardware design is very close to being production ready; open issues can be found on our GitHub repository.

Numato Lab has in-house ability to manufacture Opsis in low to mid volume (1 - 1000 units). If the expected number of units is to be larger, we may get the boards assembled and tested at high volume manufacturing units in India or China. We have existing relationship with different EMS (Electronics Manufacturing Service) vendors in India and China and can swiftly switch manufacturing plans based on the market requirements. We also have in-house facilities to test the boards thoroughly and pre-program the boards with necessary FPGA code and firmware.

This is not a device made for consumer home use. The internal electronics are exposed during normal operation to facilitate easy access by developers and professionals. As such, you must be aware of the hazards of operating exposed electronics, and are familiar with standard anti-static procedures for handling bare electrical components.

This Opsis uses high-speed signals with multi-gigabit/second transfer speeds. Although the design is currently tested for proper performance, minor manufacturing parameter differences can affect the final product performance. This design contains some elements that are not fully tested, though we don’t expect to find any problems in those areas.

As with any manufactured product, there are risks inherent in the process of sourcing components and shipping finished product to customers. That said, we are very experienced in this process and don’t anticipate running into any problems that we won’t be able to overcome.

"Unlike the NeTV, the Opsis doesn’t contain an ARM SoC but as the FPGA is significantly bigger than available on the NeTV the functionality could be re-implemented using a soft core."

"If you need HDMI in/out, DisplayPort in/out, USB, and Gigabit Ethernet ports for your next project—not to mention a pretty darn good, video-capable FPGA—you still have five weeks to pledge your $349 for one of these bad boys."

"Because everything’s open and it’s got an FPGA on board doing the video processing, you’re basically free to do whatever you’d like with the content in transit, so it could serve as an FPGA video experimenter board."

"Beside being used as a video platform, the board can also be used for various other tasks as a Xilinx FPGA development board with high-speed transceivers, expansion I/Os and more."

"This allows for complex video recording and streaming setups."

"... a powerful testament to how the democratization of FPGAs could change things." 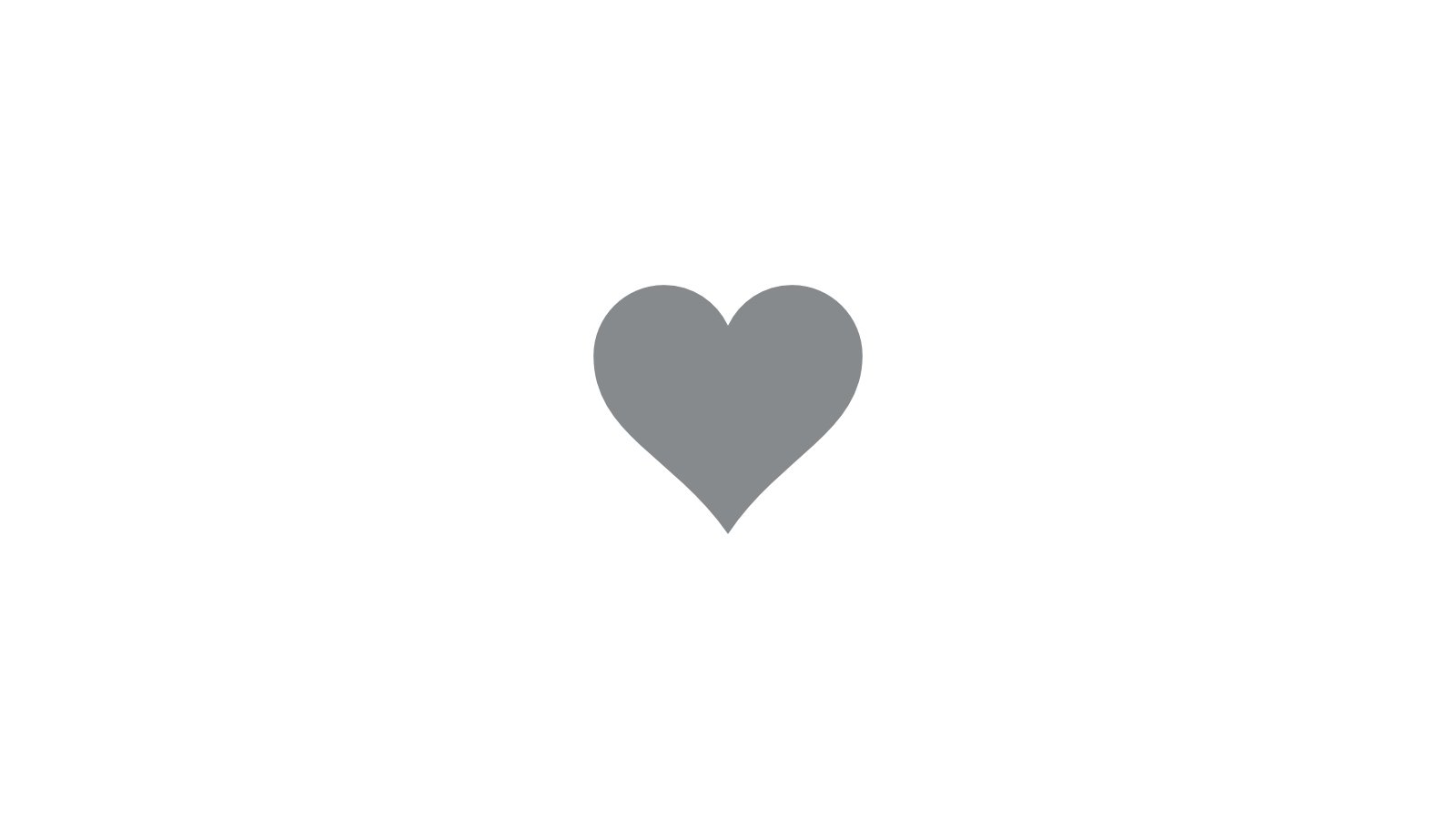 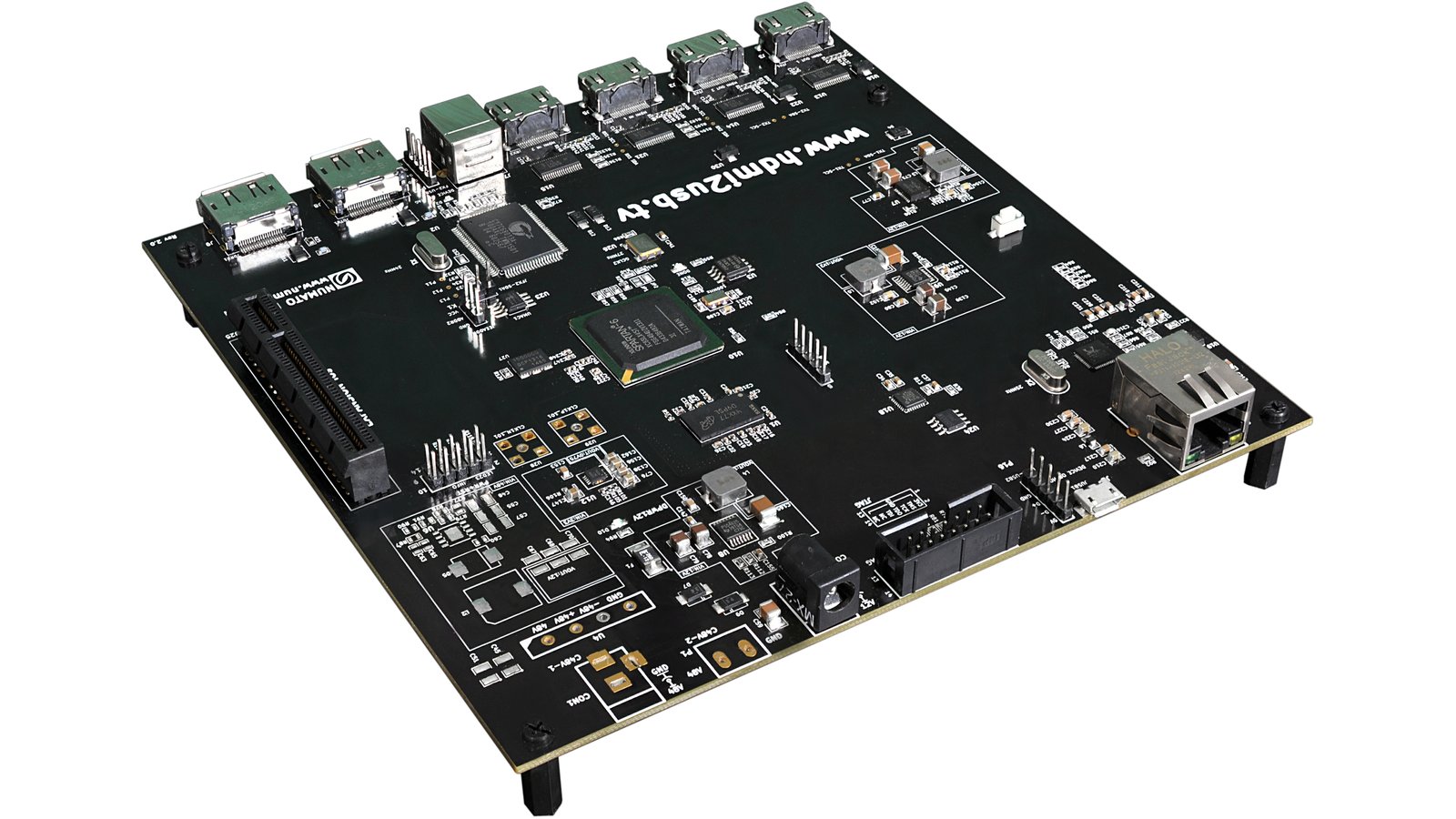 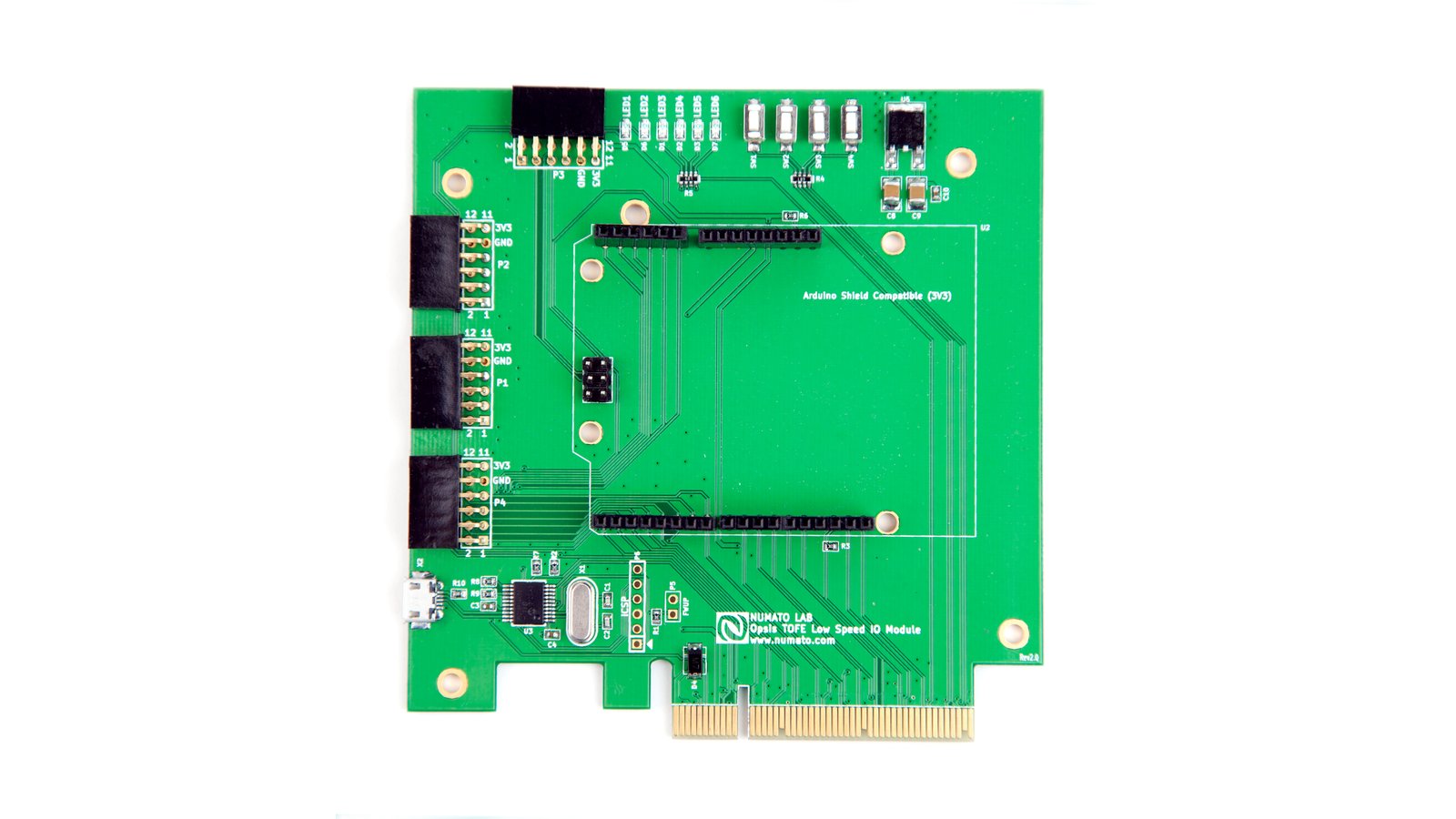 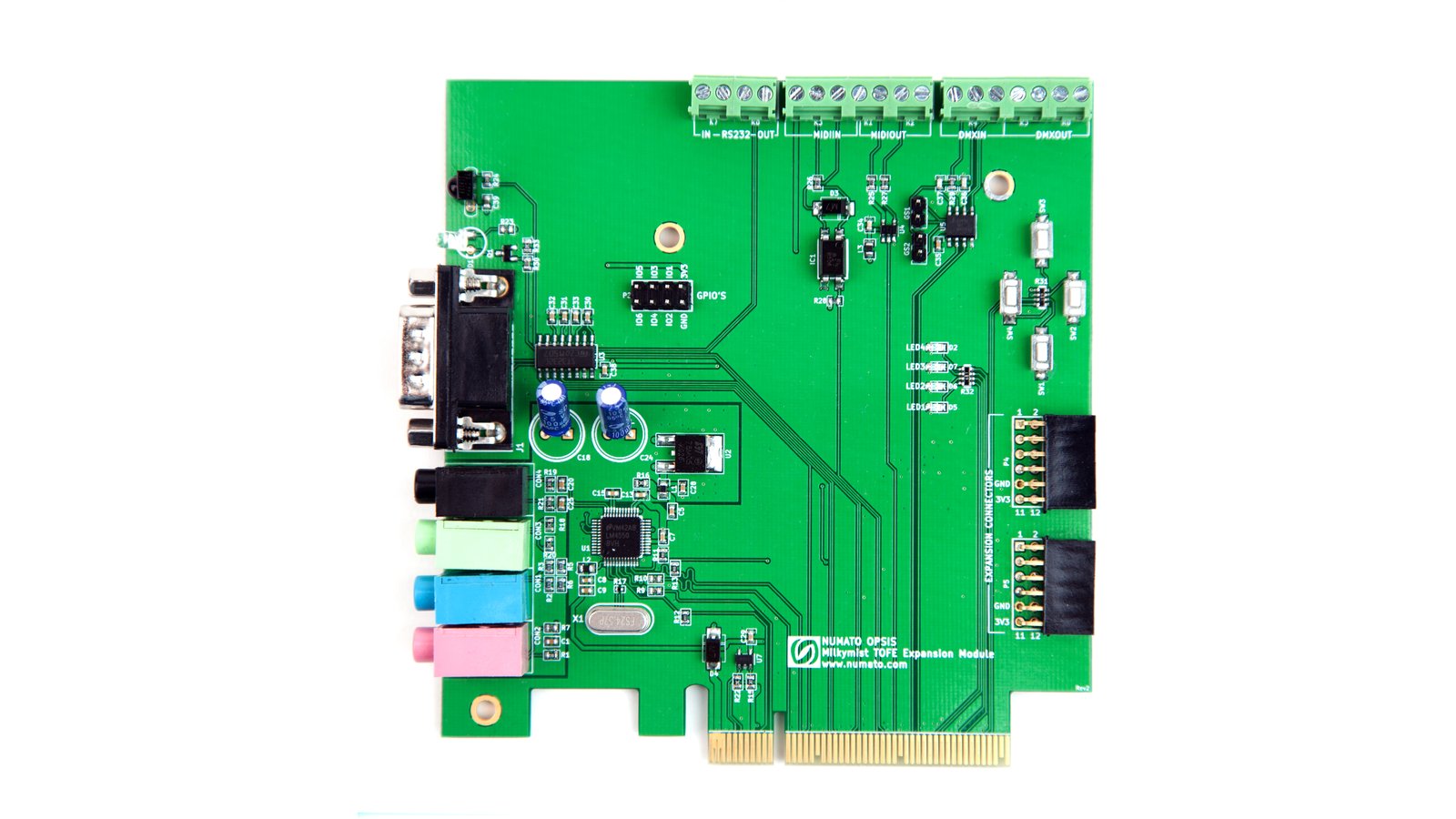 We design and manufacture products that help engineers, students, and industry learn, design, and implement embedded systems and other electronic systems. 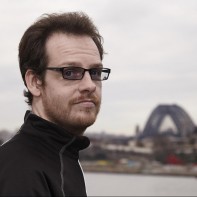 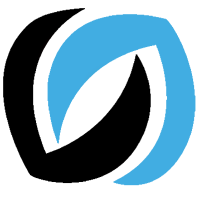 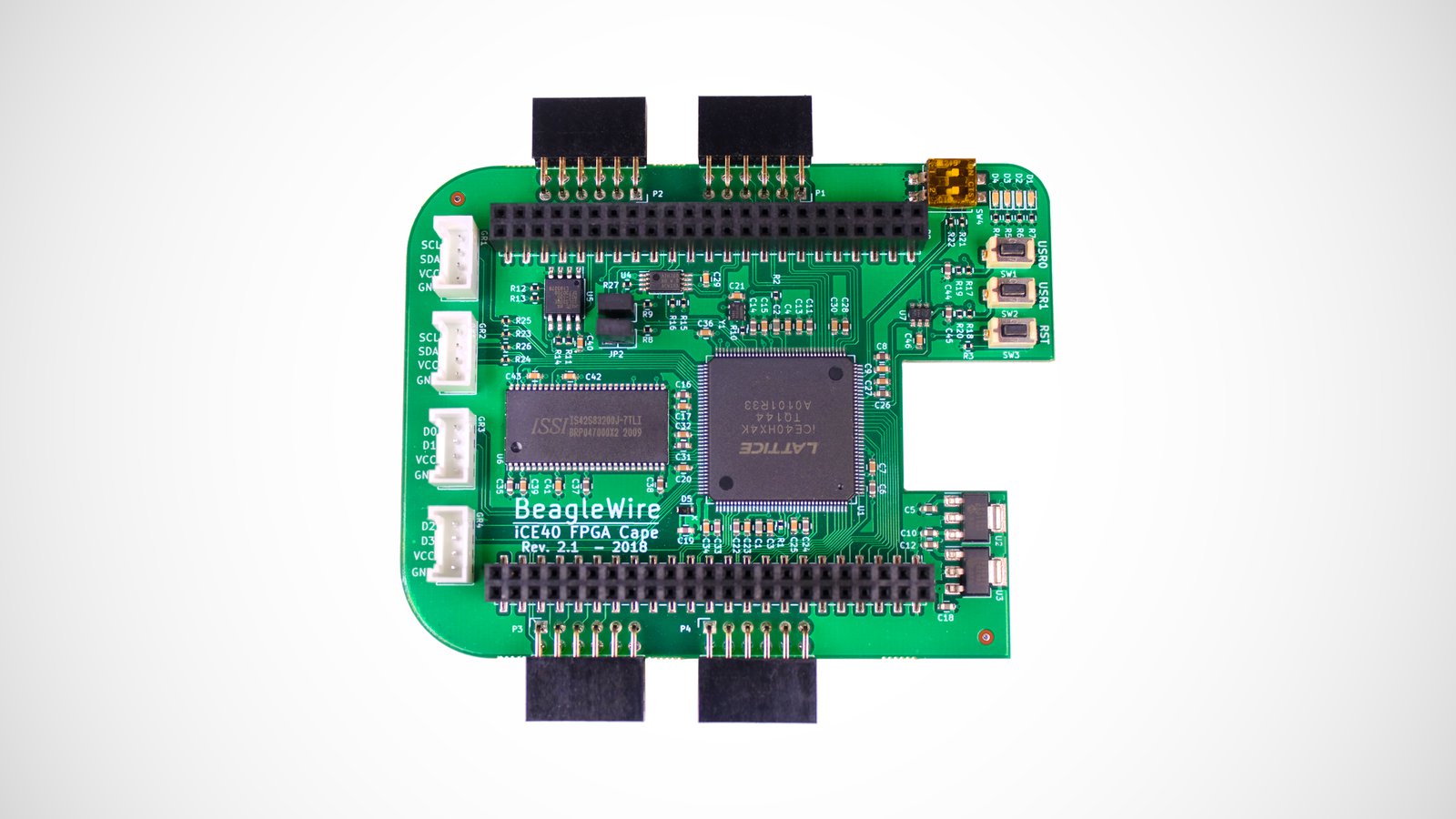 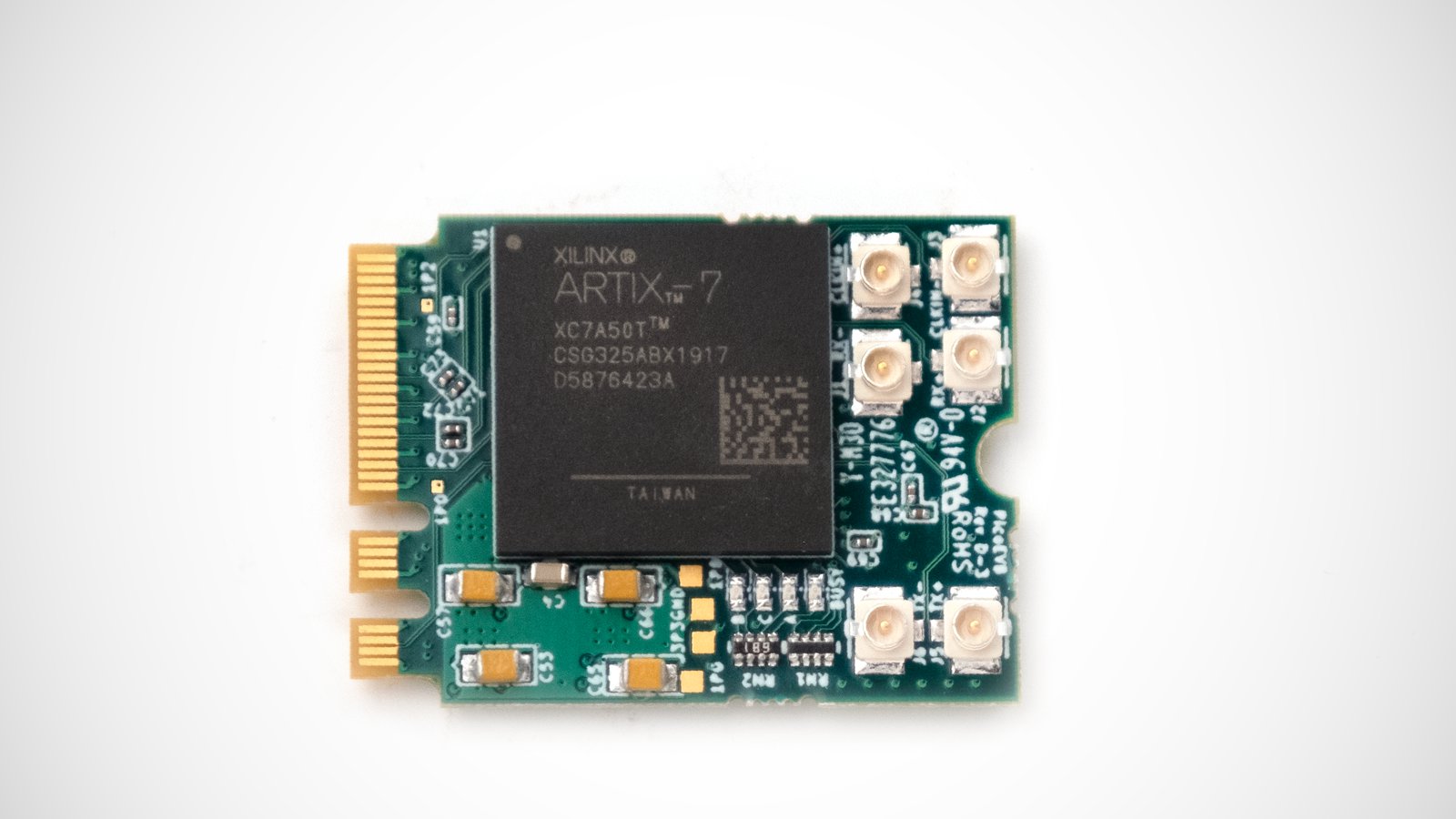