Back in 2015, we saw the need for an IoT-specific computer, something that was connected, small, and power-efficient, but also had the horsepower to take advantage of the flexibility offered by a Linux operating system. That year, we released the first iteration of our vision when we launched the original Omega. Since then, we’ve followed up with the second generation Omega2 and have shipped tens of thousands of boards. Along the way, we’ve collaborated with our community of developers, hackers, and makers and we consider their feedback essential to the evolution of the IoT computer.

The Omega2 Pro is the culmination of everything we’ve learned since 2015 and takes us another step closer to our community’s vision for an ideal IoT computer. Among other things, it offers gigabytes of storage for your un-bounded creativity and comes pre-loaded with Linux and OnionOS, our browser-based user interface and development environment.

Join us on this next step of our shared IoT journey! Support the Omega2 Pro campaign on Crowd Supply and spread the word! 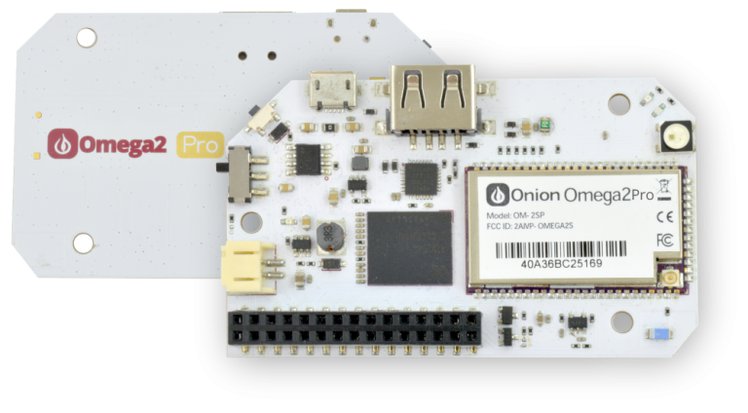