The Pixblasters team is constantly working on improving the Pixblasters MS1 Video LED Controller board by adding new features. Today we are proud to announce the successful completion of the first phase of the APA102 RGB LED controller testing. The new APA102-like LED support will be integrated in the official Pixblasters firmware and available for download from the Pixblasters website before the end of this year.

The APA102 LEDs, as well as compatible chip variations like SK9822, HD107S and similar, are controlled through the standard 4-wire LED interface that consists of the DATA/CLOCK pair, power and ground lines. The separated clock line makes the APA102 LEDs less timing sensitive than 3-wire LEDs, such as the WS2812B LED, with the clock embedded within the data signal. The following figure explains the APA102 LED serial protocol. 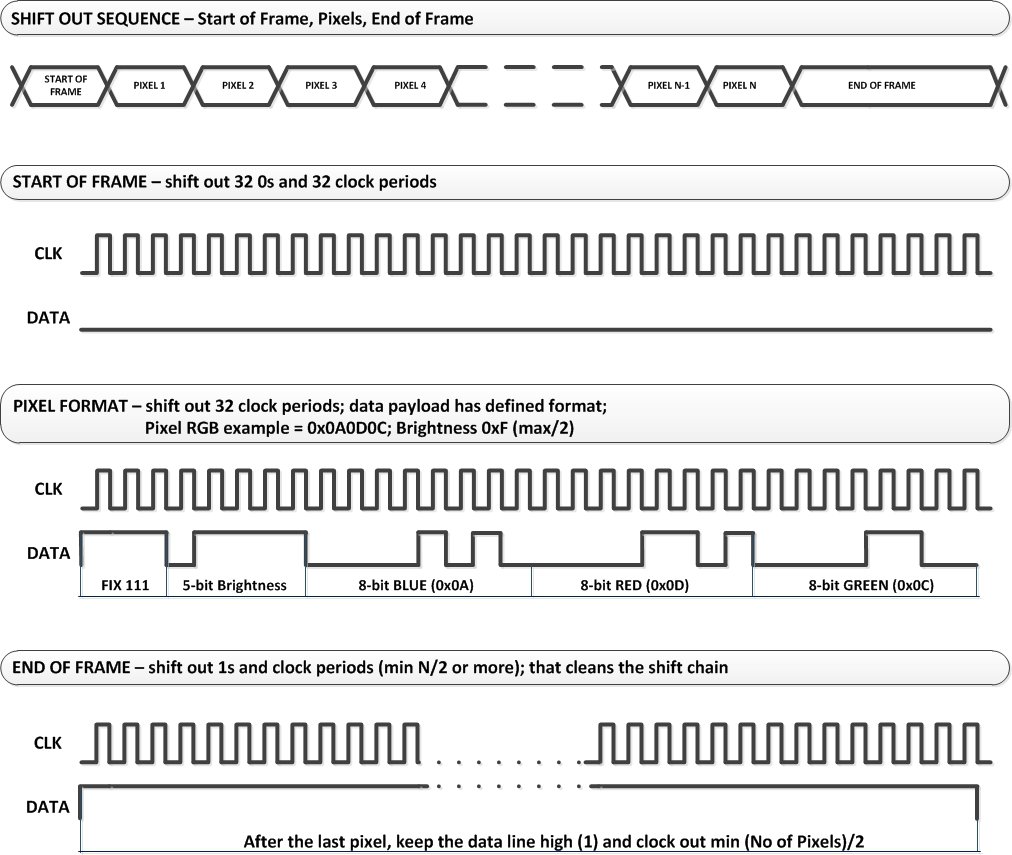 The APA102 LEDs usually cost a bit more than WS2812B and similar LEDs, but relaxed timings make them very popular among software developers and enables control of reasonable number of LEDs within multitasking operating system. However, applications with thousands of LEDs should be controlled by customized hardware peripherals – such as the Pixblasters MS1 Video LED Controller.

The light version of the APA102 controller is offered as the open-source code for educational and fun purposes. Full details can be found here.

In the next project update we will explain board improvements introduced in the new Pixblasters MS1 revision available through Crowd Supply.