Of Prototypes, Cases, Cables, and Isolators

The last time I gave you a production update was when I talked about the starting the injection moulding tools. Some time has passed since then, so in the interest of keeping everybody up to date, here is the latest news from the production front. I’ve got some pictures to show you ;)

As you know, I’ve been waiting for the 2nd prototypes to arrive (I’ll be getting ten pieces) and I’ve been getting really impatient lately. I gave them to a different manufacturer who promised a shorter lead time (I wanted to prevent timeline slipping as a 2nd prototype run wasn’t originally planned), but they couldn’t deliver on time, and they are about 3 weeks late now. This, in the end, and very unfortunately, will prevent me from shipping on Nov 15. I could try to promise a new date sometime during the first half of December, but I can only hold that if no further delays pop up. While I’ve recently received pictures of the new boards, they are still on their way to me. So, to add some additional buffer, I’ll appoint the end of December as the new shipping date, while strongly hoping that it’ll be sooner than that if everything else goes alright. I am sorry for the delay, but if this way I can test + certify the design properly, then it will have been worth it. If I didn’t change the bridge IC then it wouldn’t have come to this, but it was unexpected.

On the plus side, the new boards are apparently finished, and I’ve got a picture to prove it. Sorry for the image quality, but this is from the iPhone of some worker at the manufacturer. Once I receive the boards I’ll take better ones myself. If you look carefully you will notice the layout around the bridge IC is a little bit different from the earlier version. This is because of the change in the external circuitry needed by the new part. Another thing you might notice is that the input and output labels on the IDC (far right) header have been swapped. When the original board was designed, there was no plan to offer a squid cable, so the pinout was determined without taking into consideration the order of rainbow cable colors. Later when the cables came into the picture, I noticed that the black lead ended up being the positive voltage lead by accident, which, of course is very unusual. I could have left it that way because the cable comes labeled anyway, but since I had to do a design change for the second prototype anyway, I swapped the left and right pin columns to make the ground lead black. This is not a technically important change in any way, just some small attention to detail.

I’ve also got a load of electronics components here with me. The MAX14932BASE+ isolators have arrived :) 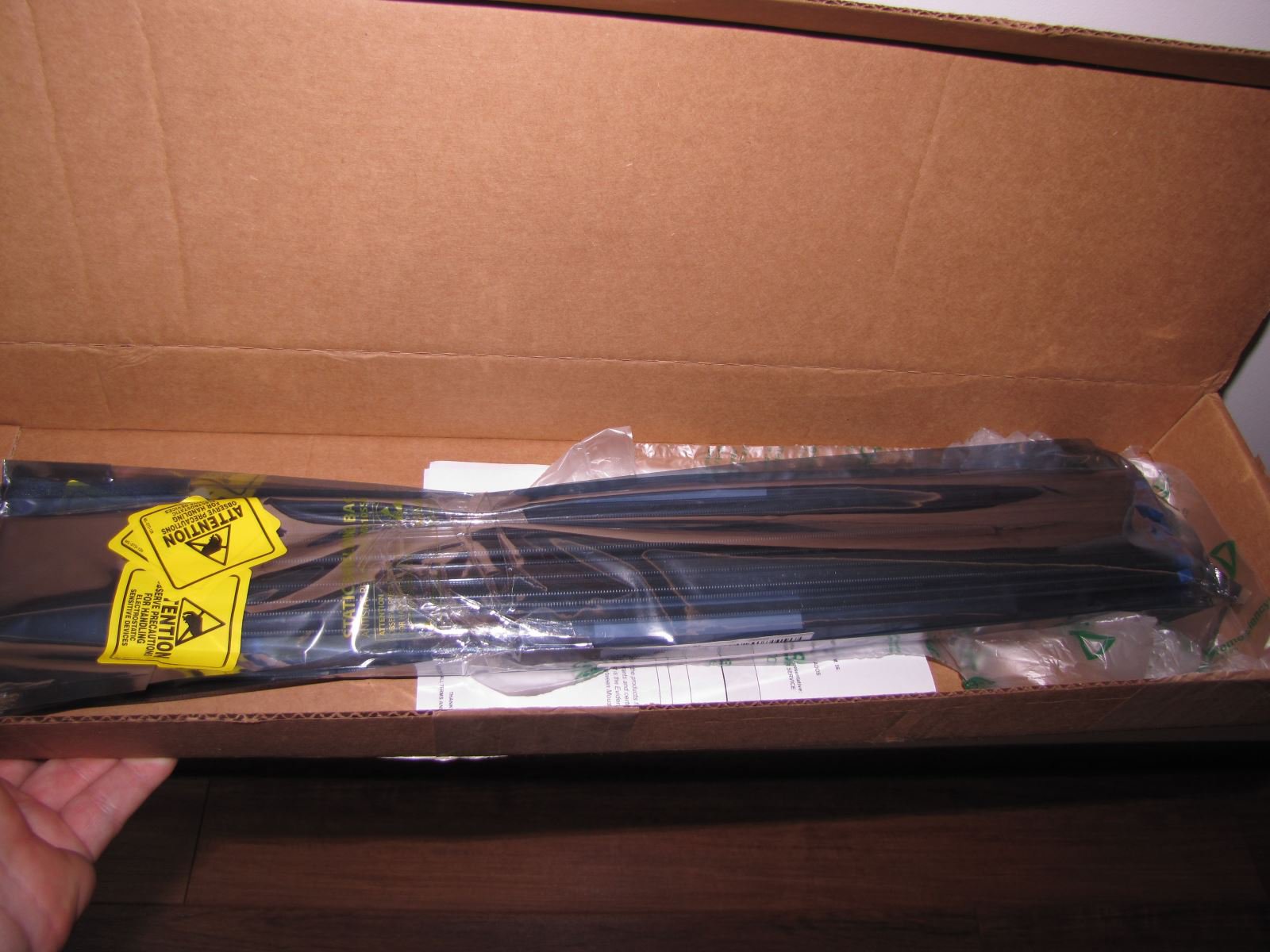 Those you see in the picture are almost the only ones in the world right now, as I zeroed all distributor stocks by ordering them (I have 4 of these boxes from 3 different distributors).

This is why I ordered them while the campaign was still running, as I said, while stocks were getting low. Don’t worry though, I now have enough to fulfill all backer orders and pre-orders, and Crowd Supply will even be able to receive a small stock afterwards. I won’t be able to get any more of these for the next 6 months though, so once Crowd Supply’s stock gets empty too, the μArt will only be availble mid-2019 again.

Changing topic, the supplier of the USB cables informed me they’re not producing their old Micro USB pieces any more, and the number they still have in stock is not nearly enough to cover my exploded needs due to the success of the campaign. Well, this caught me off guard. It doesn’t mean at all they stopped microUSB cable production though, they just introduced a newer model, which now looks like this: 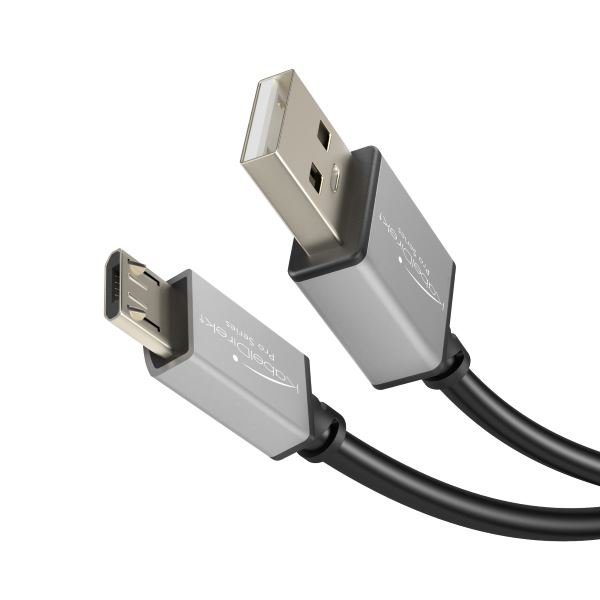 This is their new PRO-series cable, whereas the old ones were the TOP-series. They assured me the cable quality not only matches the TOP cables, but the PROs actually use even better quality materials. This is hopefully true, as if you buy single pieces of the cables, the new ones cost 1 EUR more than the previous series, which is a big difference. In the quantity I am ordering though, the price difference is negligable, so even though I’m not too crazy about this development (I knew their old cables very well and they are flawless in every aspect), I am optimistic. The truth is that KabelDirekt has never, not once, let me down, and I’ve ordered many types of different cables from them over the past years. So now, I ordered two samples of the new cables before going for, you know, 700, to have a look at them, just to be safe.

I’ve also got news about the enclosures: The first few cases have been produced! Yes, I mean not 3D-printed prototypes of some sort, but high-quality injection-moulded ones straight out of the moulding tool! Behold: 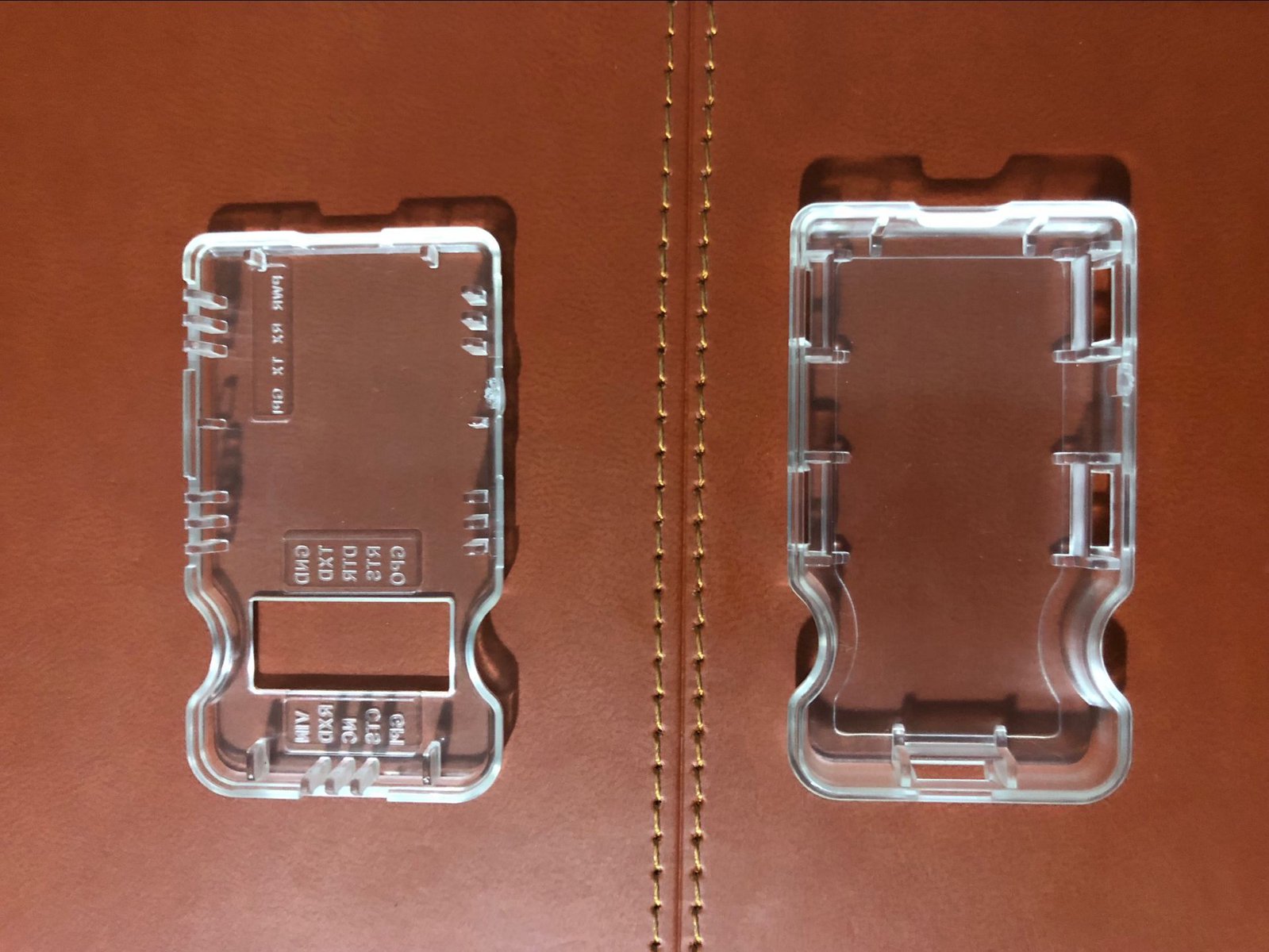 These are what the industry calls the "FOT" (First Out of Tool). That is, they are, well, the first ones out of the tool. This means that these parts are properly injection moulded, but they might contain some errors that necessitate adjustments to the mould before going into full volume production. There are almost always necessary adjustments at this stage of moulding, and this is the case here too. One small thing that is clearly visible is that the translucent parts are not translucent enough, so the mould’s surface will get a bit of additional treatment. Another thing, though, which is not so obvious to the human eye anymore, is that the two case parts don’t fit very well together due to inaccuracies in the mould’s form. This too, of course, will get resolved, and I am told the next iteration will be available later this week.

Other than those small issues, the case is a real beauty. Just look how much smoother all the edges and contours are in comparison with the 3D-printed prototypes. The areas that should be clear are nice and transparent, that dirty-looking color shade is completely gone everywhere, and the text - just as promised - is now nicely readable. Needless to say, due to the completely different production technology, there are also no visible support leftovers such as those that were visible with the 3D-printed parts, and the surface texture looks flawless. All in all, I really like what I see and I cannot wait for the next ones.

As you see, things are progressing steadily. The new prototypes, though unfortunately late, have been finally produced, the supply of isolator ICs is here with me and secure, the cases are sooon ready for mass production, and there are newer and apparently even better USB cables. There is still lots of other stuff to be done and to organize, but as always, I’ll keep you informed and updated ;)