We are a bit behind schedule for fulfilling the BeagleWire crowdfunding orders and pre-orders, but not by much - we still expect to ship before the end of the month.

After talking to a few manufacturers, we decided to go with PCBWay for the bare PCBs and GHI Electronics for assembly.

GHI, as well as other manufacturers, expressed concerns with machine soldering the through hole stacking connectors. This lead to a DFM board spin which we were not comfortable releasing to full production. Instead we opted to assemble a single panel of four units to work out any kinks. The first spin added about two weeks to the delivery time.

Here is a picture of the R2 prototype: 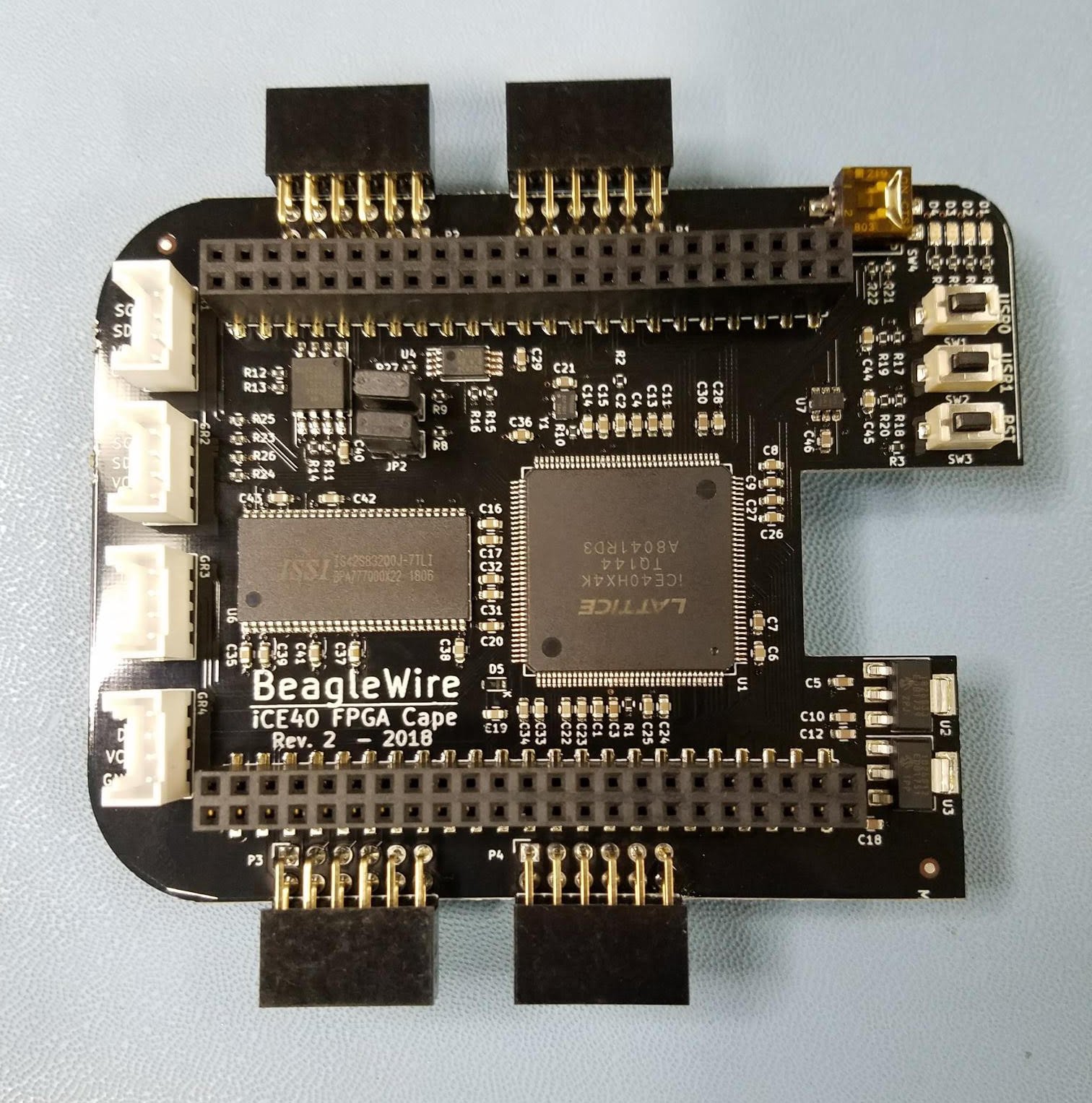 After fixing some minor panelization and silkscreen issues found on the R2 prototype, the full order of R2.1 panels was placed with PCBWay. The order happened to not only overlap with a Chinese holiday but a few panels needed to be redone due to some fallouts. This added about a week delay.

Once the panels were completed and shipped to GHI Electronics, GHI soldered the surface mount components with a fairly quick turnaround. Currently the panels are waiting in the queue to be passed through the selective solder phase for the remaining through hole components. GHI does assembly for Beaglebone boards and their machine is very busy soldering headers for those.

Here is an image of the panels waiting for finalization: 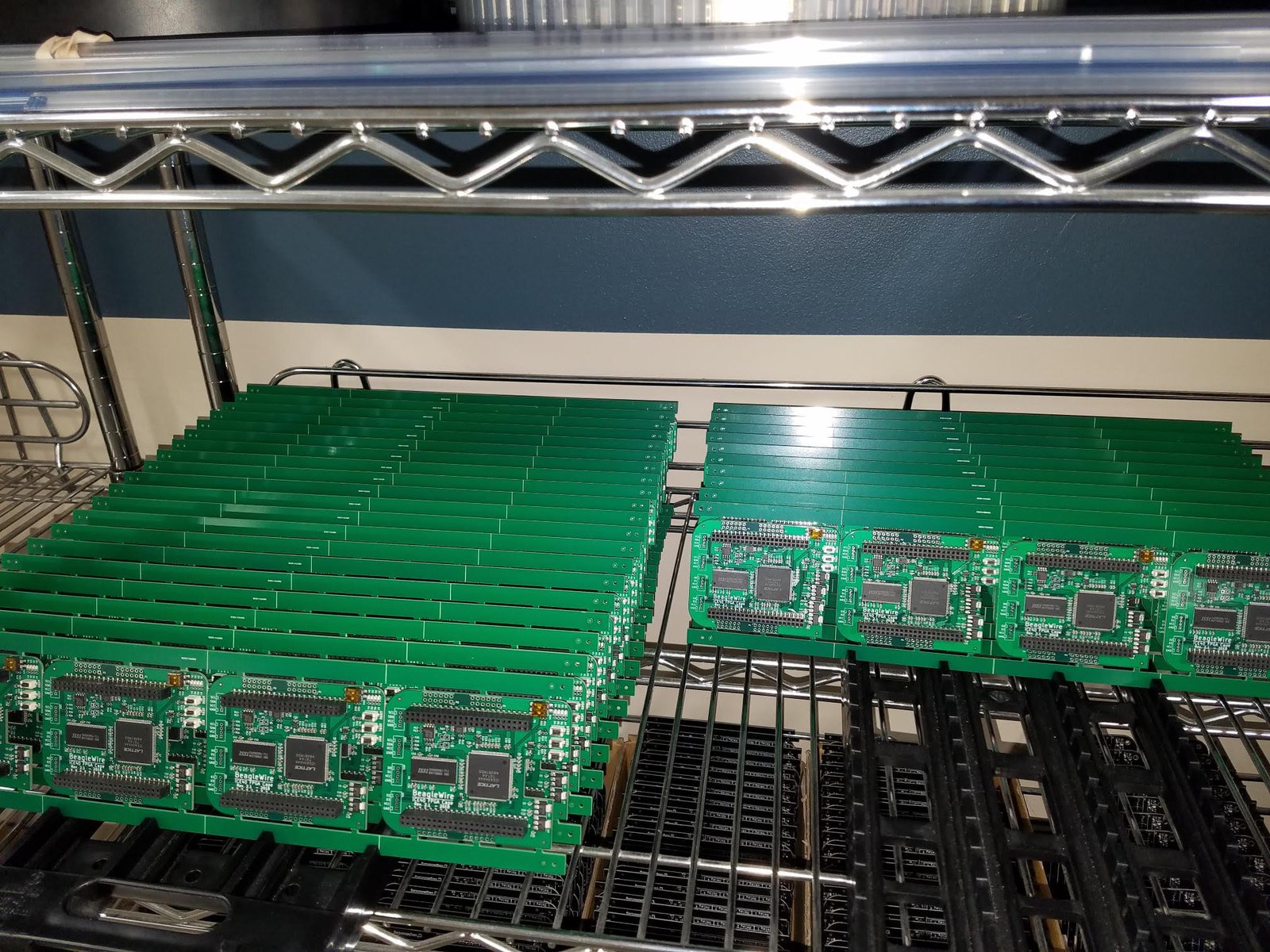 As it stands now, it looks like the final assembly and depanelization will occur next week. When all is said and done, this will push us a bit past the original July 15th delivery date, but, barring any catastrophic events, orders are on track to be shipped before the end of the month. If we hit any other delays, we’ll post another update explaining what happened and how long of a delay was incurred. In the meantime, you can check the status of your order and, if needed, update your shipping address by logging in to your Crowd Supply account.

Thank you for your patience, and get ready for some open source FPGA hacking!