Now that we are in the final third of our campaign, we would like to offer up a few PMOD expansion boards for ULX3S so you can enjoy this FPGA board even more!

The PMOD Set includes three PMODs, described below. Connectors will not be soldered, but they will be included in the package. 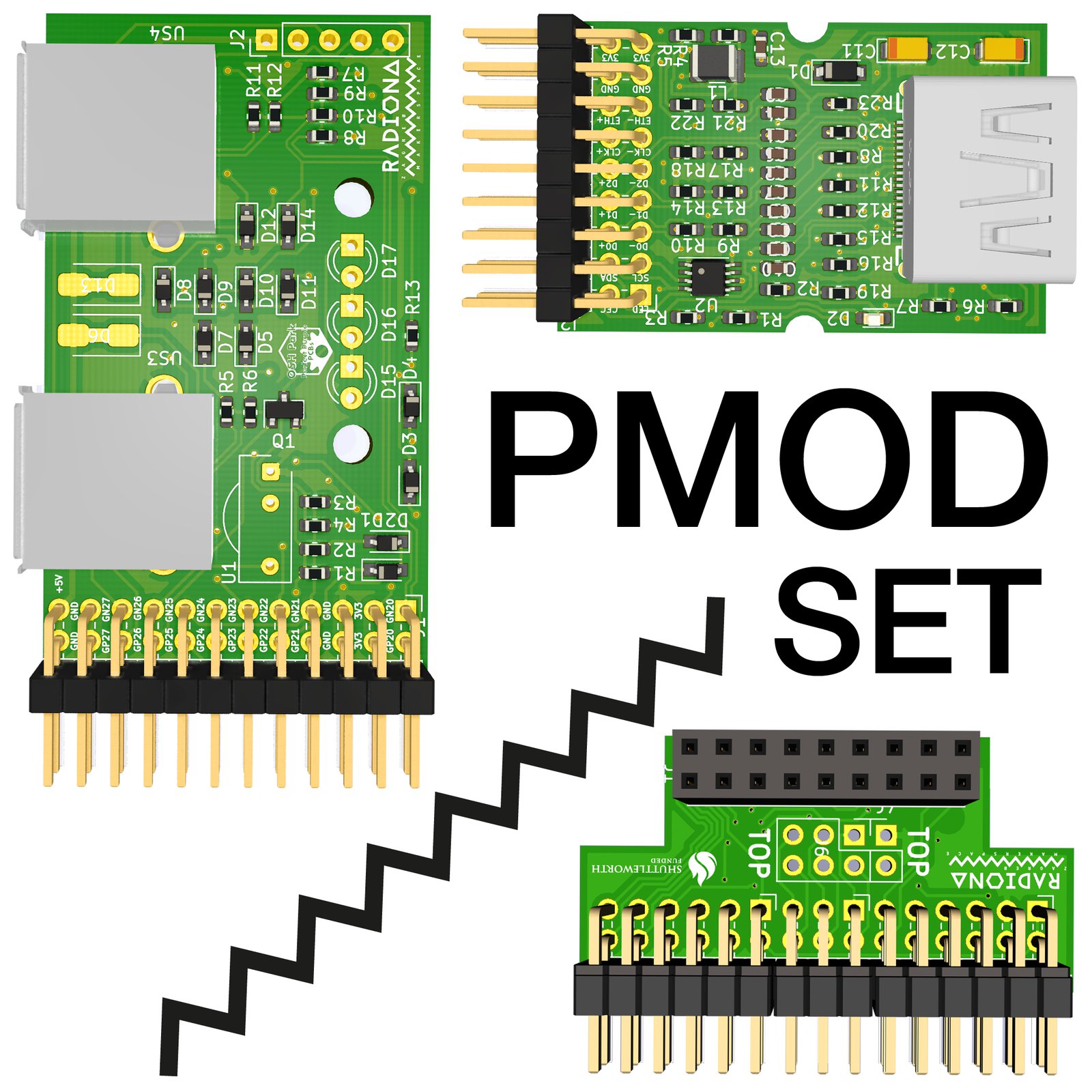 All PMODs are open source. Information and design files are available here.

We want to thank OSH Park for sponsoring the early prototypes and the Shuttleworth Foundation for a flash grant that helped us get started on our PMOD repository!

All tested PMODs are (and will continue to be) available at OSH Park, and we will post all tested PMODS on Kitspace for the DIY crowd.

Finally, you can check 1BitSquared for compatible PMODs, including the LED panel we used in our promotion video

P.S. Thank you all for helping us reach more than 300% of our goal!