There are only a few weeks left on the campaign. In this update we will be recapping what we have done so far.

One of the biggest achievements was being the first CircuitPython board on Crowd Supply. We are officially part of the Adafruit ecosystem with code included on their GitHub. Adafruit has since started a Crowd Supply community on discord and plans on continuing their support of this platform. Using CircuitPython opens up access to 1,000s of supported libraries and sensors for any project.

This was the core reason we launched the board, to make the autonomous car experience easier for beginners. We removed many of the hassles of the current Donkey Car platform including:

The Robo HAT adds lots more functionality for a cheaper price than the current Donkey Car hardware. These features are not included in the current recommended hardware for Donkey Car which is more expensive.

We have demoed the Robo HAT MM1 at Maker Faire Bay Area and been active members in the community. We also have experimented with Jetson Nano and Donkey Car working together.

NVIDIA’s latest platform that is accessible to makers, learners, and embedded developers everywhere is tested to work with the Robo HAT, opening up the possibilities of using the Robo HAT not just in the Raspberry Pi ecosystem but potentially many others such as Google Coral and other high-performance boards.

We have a working alpha-release of ArduPilot, a popular autonomous drone library. This makes the Robo HAT one of the cheapest drone controller boards available today. PX4 is closely related to ArduPilot; we have plans to work on this one as well.

We launched a series of guides to help others port all the software libraries we have been using to their boards - with plans to continue launching more. Software should always be accessible for everyone, along with documentation. You can find a list of our guides here:

Throughout the campaign we have experienced huge growth on social media. We must thank everyone who has supported us and backed the project. Without your support there would not be a Robo HAT - the low cost, powerful and multipurpose controller board for makers.

As a new small team it has been a great learning experience so far for all of us. Working in different parts of the world is not always easy. We are looking forward to finishing the campaign strong over the next 10 days and delivering the Robo HAT MM1 to our loyal backers!

Stay tuned for more updates over the last two weeks of the campaign through Twitter and Facebook. 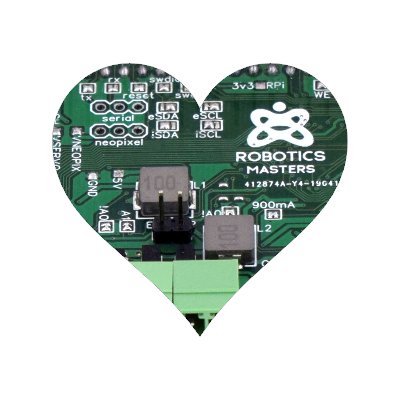