Time for an update on manufacturing and shipping! As is usually the case with these things, it’s a good news / bad news situation. The good news: enough units have been built to fill all the orders with a ship date of 10/26. The bad news: we probably won’t be able to get them all shipped to backers by 10/26.

Part of the delay is due to some issues we ran into last week. For one thing, Colorado Tech Shop decided to run my new 1000-piece batch on a new pick and place machine they recently acquired. That’s a good thing since it is a much faster machine than their old one, but since it was new to them they took more time than expected to get everything set up. 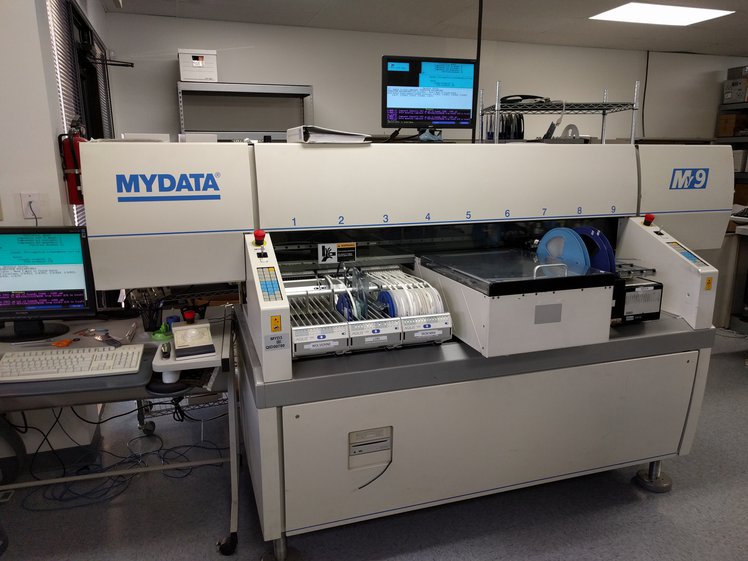 When they were finally ready to run, I had them build just a couple of boards to do first article inspection on before they built the rest. It was a very good thing that I did this, because it turned out the boards didn’t work! After some investigation I found the problem: all the current sense resistors were the wrong value. Instead of their value in milliohm, they were all in ohm!

I had sourced these components from a supplier in China I had used for the last build, and last time they had provided resistors that were the correct value and worked well. This time they screwed up majorly. It should teach me a lesson that I should do better and carefully check everything that comes in. At least we caught the problem before it caused major issues and I quickly put in a rush order with Digi-Key for new current sense resistors of the correct value.

Meanwhile, I located the left over resistors from the last build and passed them to Colorado Tech Shop to do a new first article build. This time everything worked as expected — what a relief! There were not nearly enough resistors for the full build, but enough to finish all units due by 10/26. Then when the new parts came in from Digi-Key they could start using those and we suffered minimal down time.

Last Friday I boxed up 60 units and shipped them to Crowd Supply for distribution to backers. Today I should be able to box up and ship the rest. They should get them before 10/26, but they likely will not be able to distribute them to all backers by that date, hence we’re pushing the delivery date back by a week.

All in all we’re pretty close to target which makes me happy. I can’t wait to see all the cool things you backers will make with them, be sure to share your projects and tag them with the #LiFePO4wered hash tag so I can find and share them! :)