We’re shipping! :) If you are among the first backers, you should have received a shipping notification from Crowd Supply by now. The records I have access to show that they have shipped 114 units up till now. 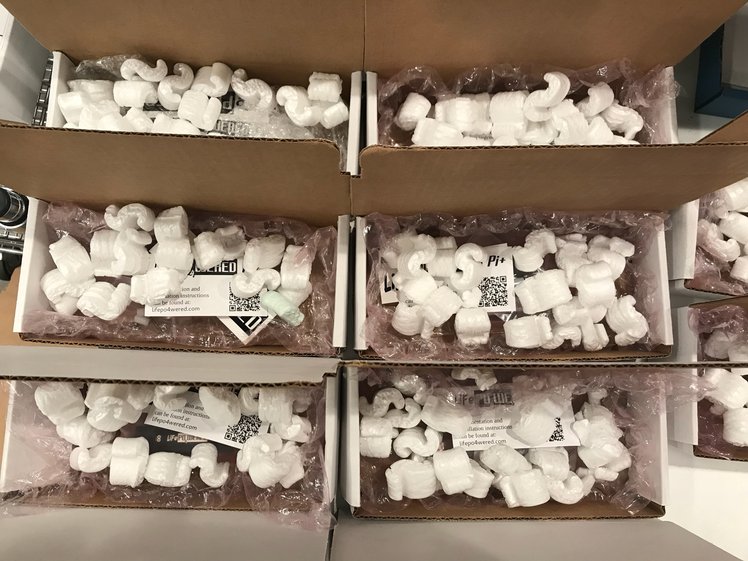 If you’re not among the first backers, no worries! We’re hard at work to have more units made. Colorado Tech Shop is doing SMT assembly of another 1000 units, after which I’ll program and test them and they put on the 40-pin headers. We hope to be able to ship all rewards out before the end of the year. I just received 1000 more 18650 battery holders on Wednesday and 500 more IFR18650EC LiFePO4 cells are supposed to arrive today from the manufacturer. Plus I just placed an order for 500 more stackable headers and when they arrive all parts will be in-house to get everyone’s rewards done!

When I was last at Colorado Tech Shop, I shot some video of the assembly of the LiFePO4wered/Pi+. I thought this might be interesting to see for some of you who are not familiar with the processes involved. And who knows, maybe one of the units in the video will end up being yours. :)

Remember, when you get your reward and build something with it, I would love to see your projects! :) If you share, include the #LiFePO4wered tag to make it easier to find, thanks!