The campaign finished last week, and we successfully raised our funding goal. :) But if you’re late to the party, you can still get a PoE-FeatherWing if you want one! Everything except the Early Bird devices is still available for pre-order. 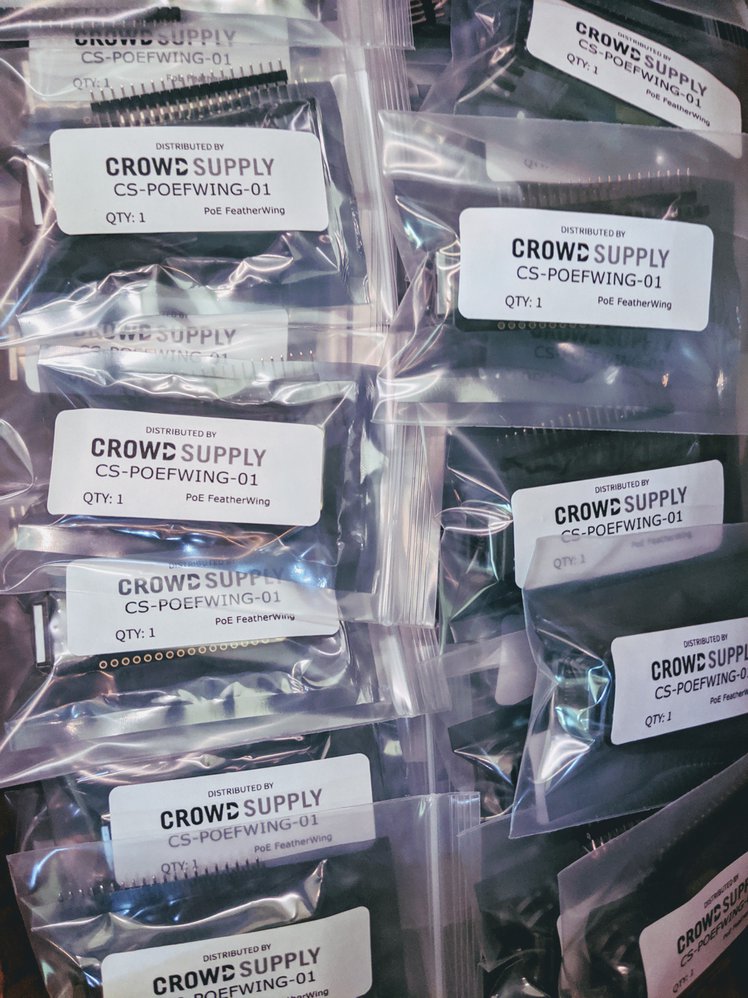 Talking about the Early Bird units: as promised, they were shipped out after the campaign ended. I don’t know when exactly, but I received word from Crowd Supply on Monday that all Early Bird units had been shipped. Yay! I can’t wait to see projects pop up in the wild. :)

Meanwhile, I received word from my contract manufacturer KingTop that they will be running production this week and hope to ship the remaining 900 production units by next week. At that point, it’s up to the shenanigans of international shipping, customs, tariffs, etc. when I’ll actually receive them. I’m hoping to have them by mid-September. Then I need to kit them with the pin headers and ship them out to Mouser (Crowd Supply now uses Mouser for fulfillment) for distribution to individual backers. Which means that hopefully we will be able to beat our estimate and have all units out to you backers by October!