A customer pointed out some demo code I just had to try!

I’m always looking for neat things that can be done with the wESP32. Usually they involve some other piece of hardware to work—this makes sense because that’s the use case the wESP32 was created for. But it’s nice to be able to do something useful out of the box as well.

So I was intrigued when a customer pointed out this Ethernet to WiFi data forwarding demo that Espressif has in their esp-iot-solution repo (which by the way contains many more useful things). Here was something useful the wESP32 could do right out of the box, no other hardware required!

The demo code has two modes: connecting an Ethernet client to a WiFi AP (station mode) or connecting a WiFi device to an Ethernet router (AP mode). I used the latter since it’s the more sensible use case for the wESP32 as it is powered by PoE.

I switched to the example’s directory and ran make menuconfig to make the necessary PHY and pin changes for the wESP32 board, and to change the demo from station mode to AP mode: 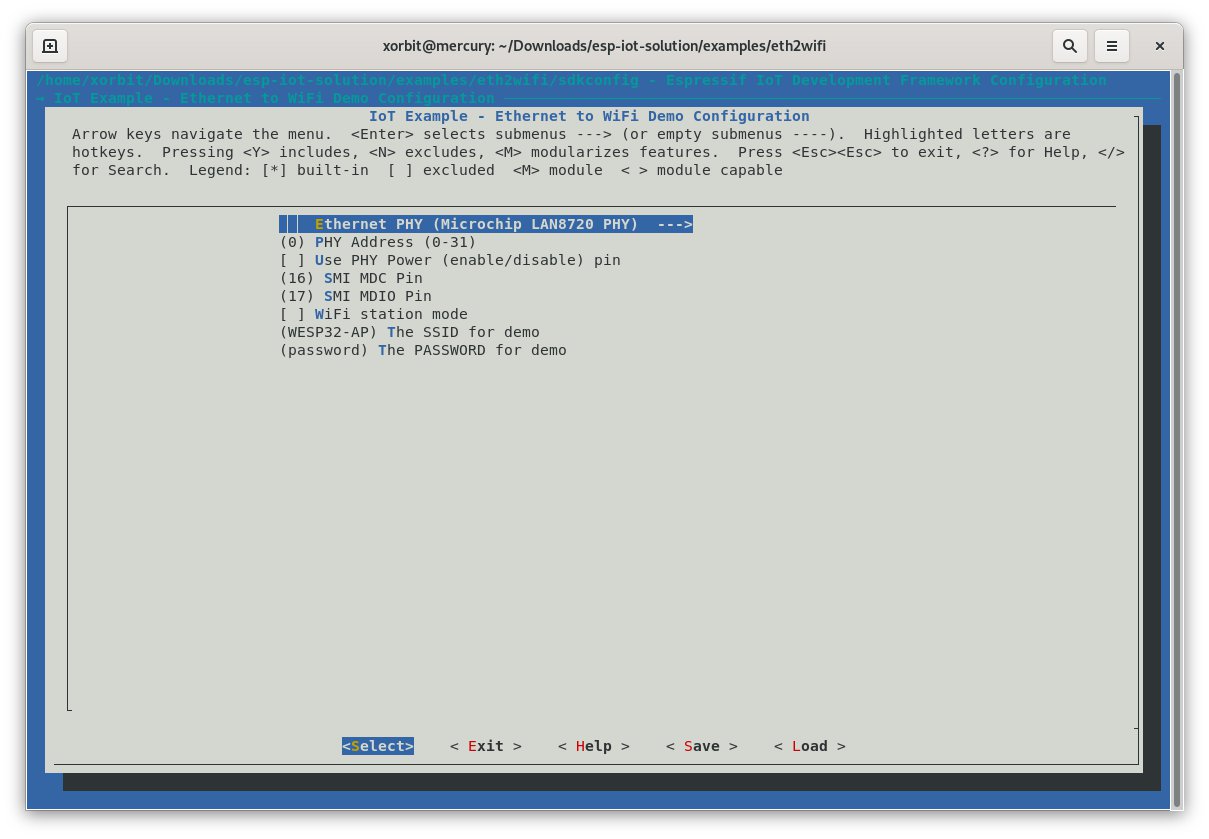 After saving the changes, I ran make to build the demo, followed by make flash to flash it to a test wESP32. 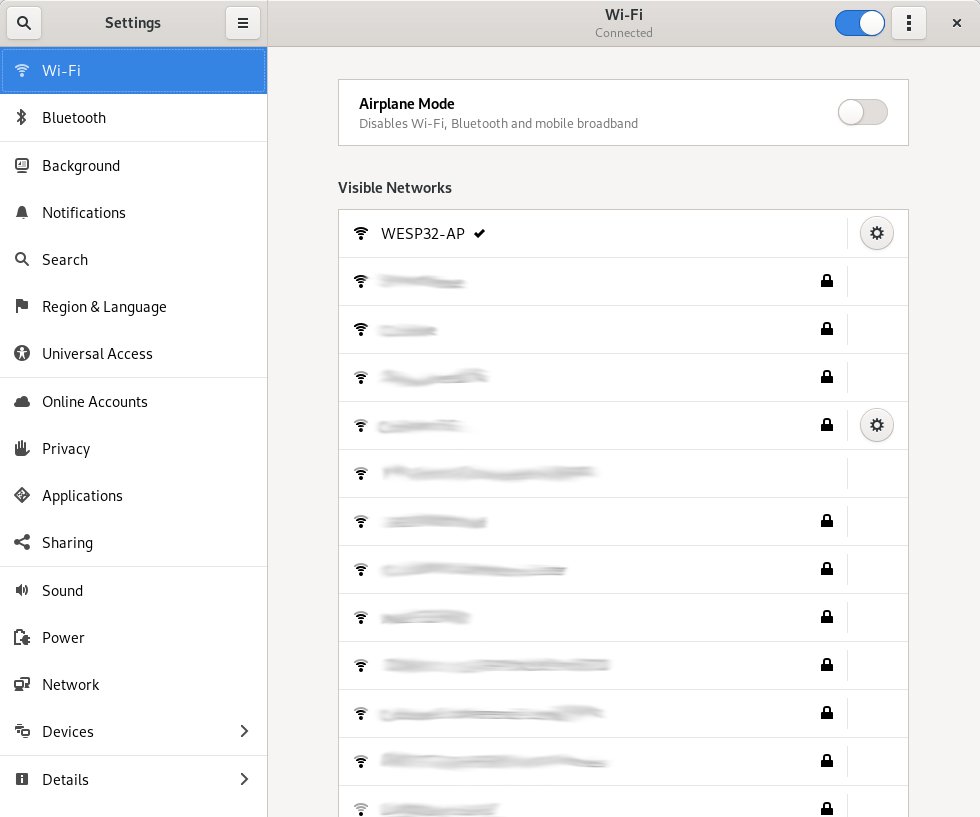 I connected my laptop to it, and could access the internet! Time to run a speed test:

Not a speed demon, but what do you expect? I’m actually quite surprised this little thing manages to get me 2 Mbps! You’re not going to use it as a day-to-day access point, but as a central collector for WiFi sensor nodes or something, it could serve quite well.

It never fails to amaze me just how capable the little ESP32 chip is. And how much effort Espressif puts into software support and producing useful demos. It only took me about half an hour to turn the wESP32 into a PoE powered access point!