The wESP32 campaign is now live!

The wESP32 campaign is now live! Just as a refresher, wESP32 is an ESP32-based development board with wired Ethernet connectivity and power over Ethernet (PoE).

This has been a much shorter journey than the LiFePO4wered/Pi+. Looking back at my Hackaday.io project, the first project log was only from March of this year. Everything has just gone very smoothly to get to this point where you can actually order a wESP32 for yourself! It doesn’t hurt that I’ve gotten more used to the crowdfunding process as well. :)

As usual though, I can use all the help I can get with spreading the word about this campaign. So please, if you can, use those social media buttons on the right (or any other means you have) to tell your friends about it! Thanks much!

To top off this update, I even have some useful news to share other than the obligatory "we are live" message: production panels have arrived! As I have mentioned before on Hackaday.io, the goal has always been to have black PCBs with yellow silkscreen to really take home the wasp theme (for those who wonder if I don’t know how to spell: my mother tongue is Dutch and "wesp" means "wasp" in Dutch). The prototypes I’ve built that were used for all the campaign materials used black and white instead. But here’s what you backers will be getting: 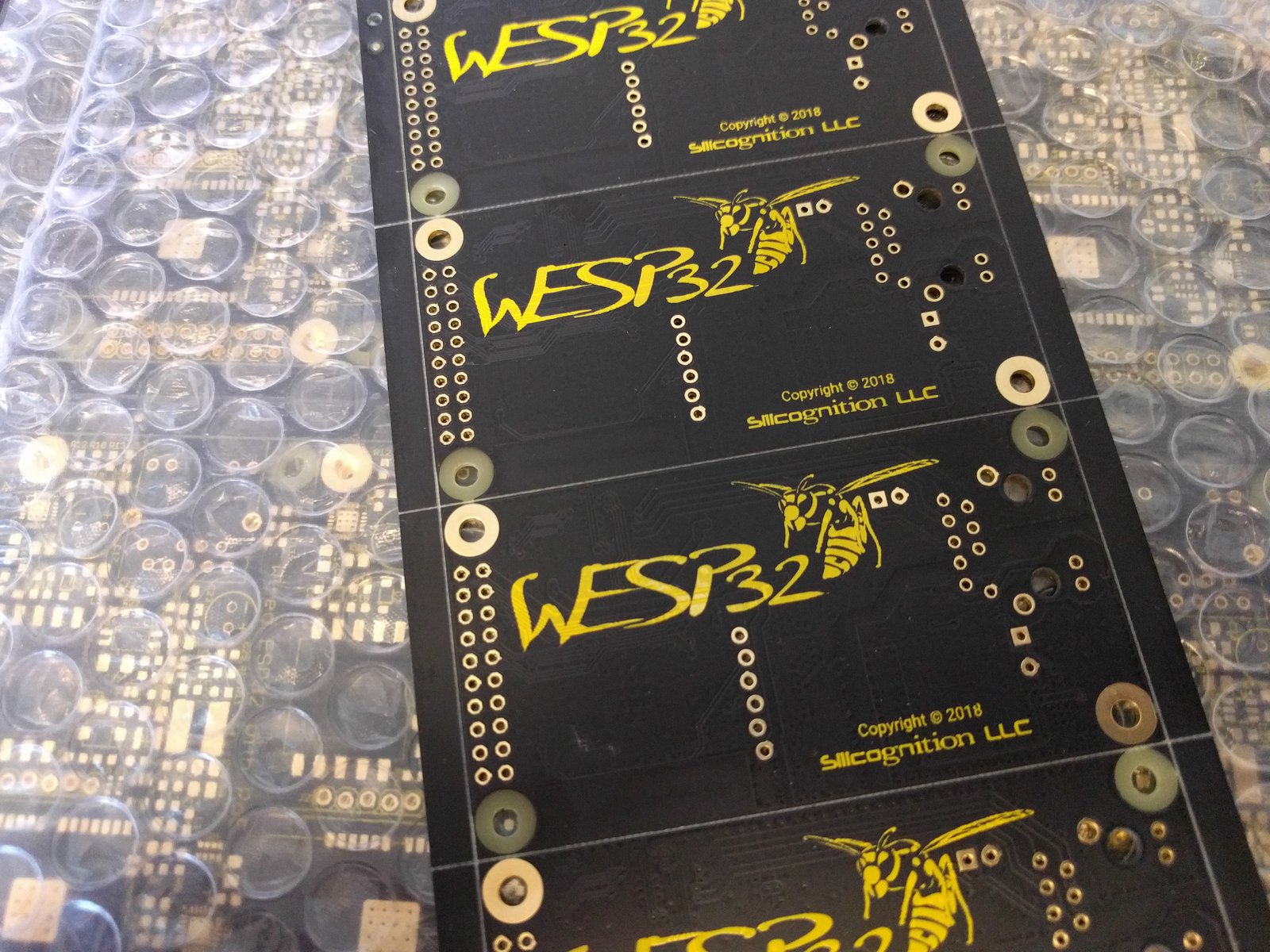 They really pop, don’t they? :) Also, these PCBs use immersion gold since that works better with the yellow silkscreen and is a better surface finish for connecting the wESP32-Prog footprint if you just insert it and don’t solder it in permanently.