Connecting Teensy to Arduino and More

We’ve blown past 200% and still going! We’re super excited to ship as many boards as we can, so to make sure we stay on schedule, our suppliers have been sent tentative parts lists to ensure that everything is ready for production day.

As promised, here is the update that shows how to connect the Teensy board to an Arduino and Arduino-compatible boards. I have also included a link to an in-development version of the Epaper library below. Check it out and suggest improvements early, so that they can be implemented before your kit arrives!

The high resolution of the display means that there is not enough room in the RAM of the Arduino UNO to hold a framebuffer. This means that the Uno is only useful for displayed patterns generated by software. 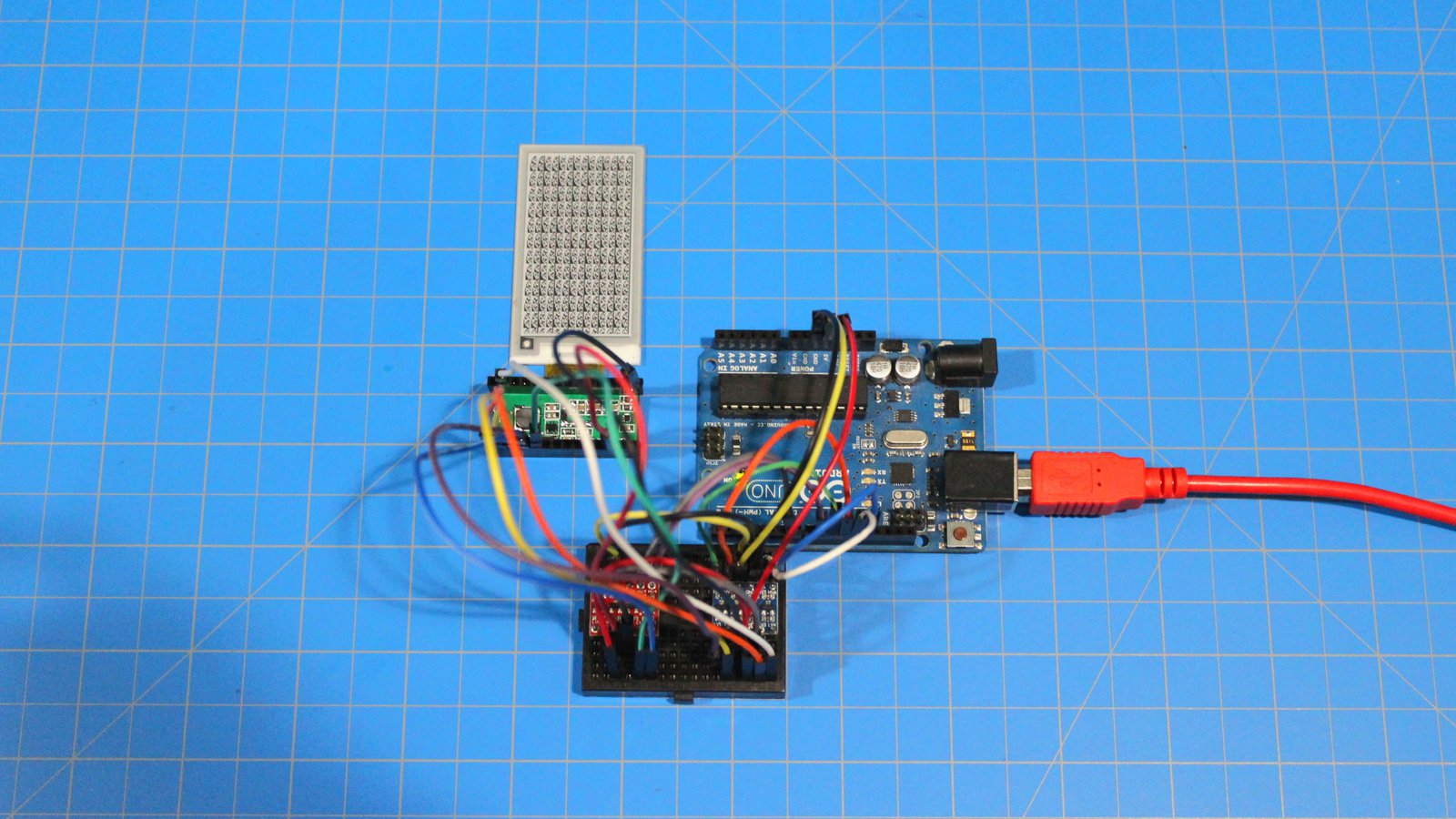 The extra circuitry is the level shifters necessary to translate the 5V signals from the Arduino to the 3.3V standard used by Epaper. 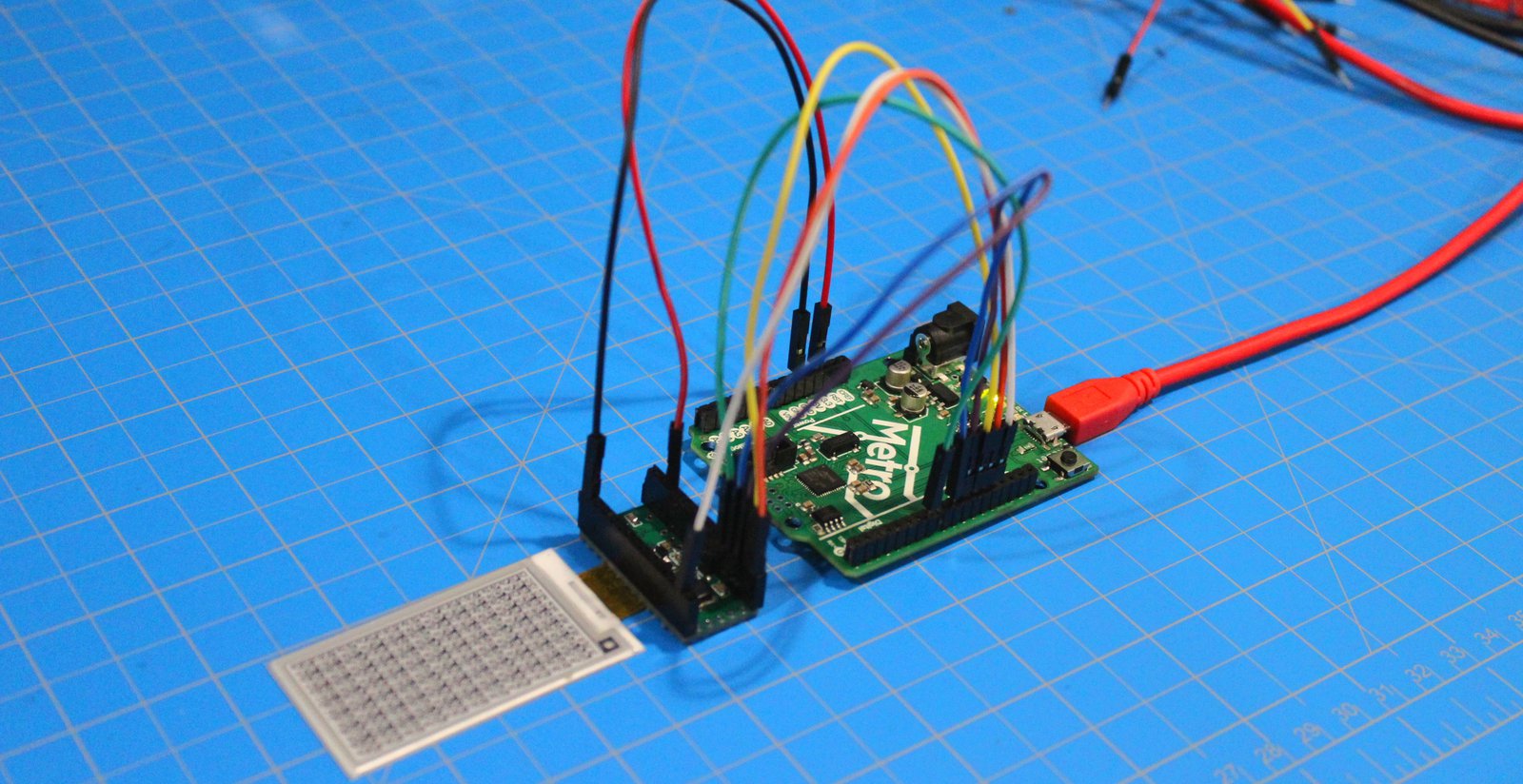 Switching to a 3.3V Arduino-compatible eliminates the necessity for the level shifter. 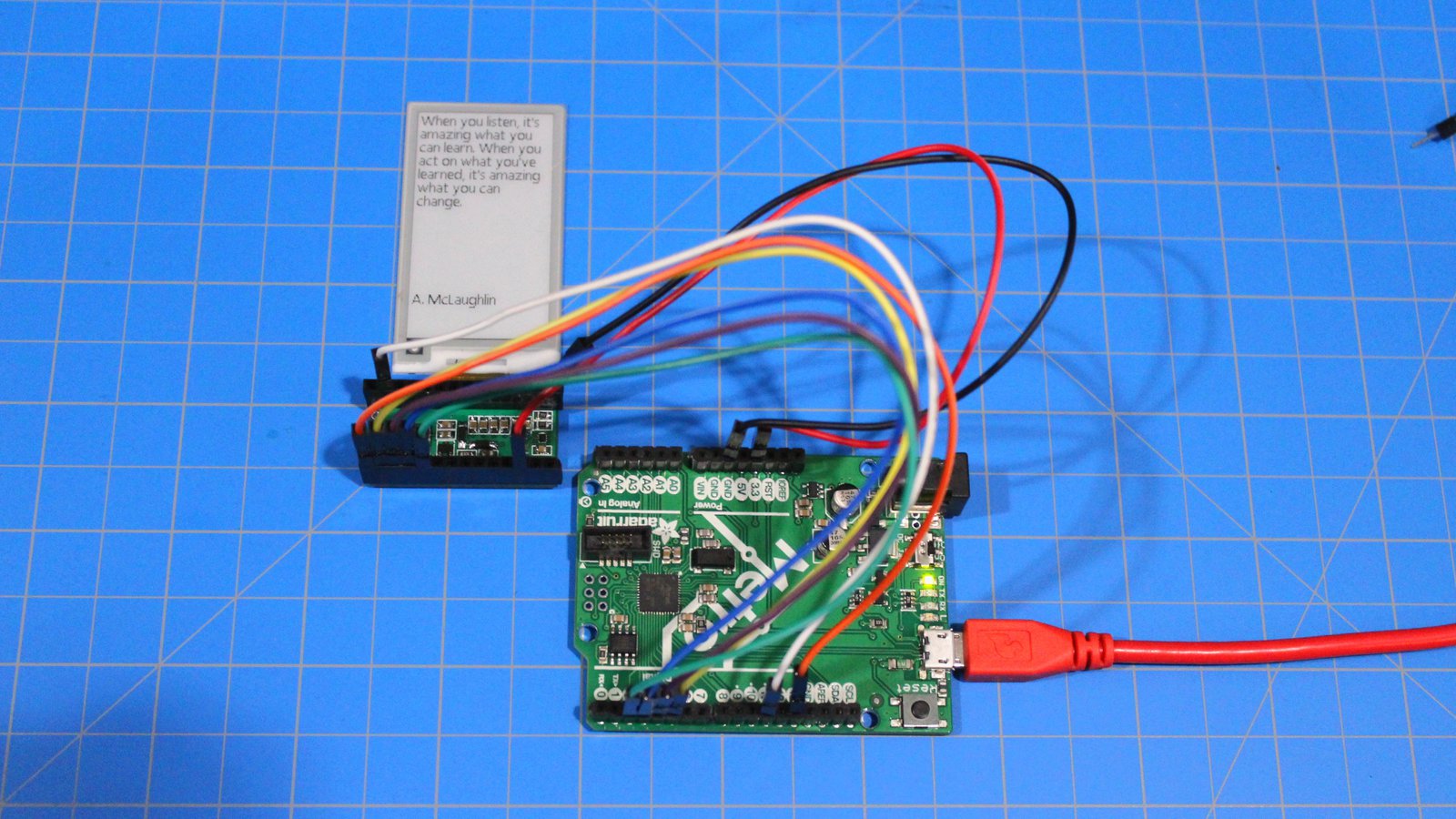 Using a newer ARM-based Arduino compatible, there is even enough room in RAM to hold a framebuffer, which allows you to easily draws complex shapes, text, and graphics. 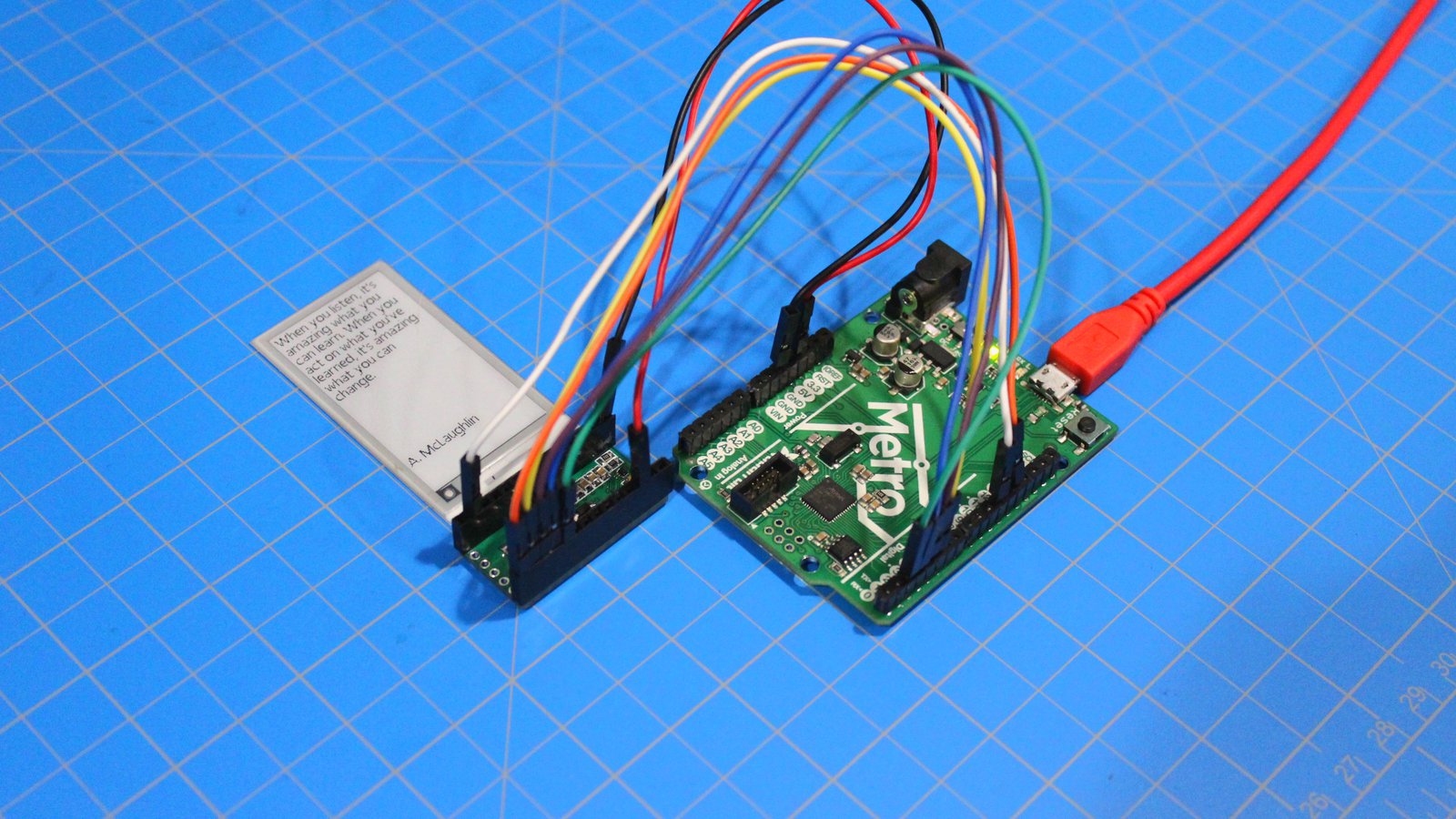 Shown here is the EpaperQuoteDisplay example that is included in the library, running on Adafruit’s take on the Arduino Zero, the Metro.

To see the code I used to run these examples, please check out my repository at https://github.com/jarek319/EPD215

In the next update I’ll be presenting the first batch of improvements to my library, along with my progress on combining my library with Adafruit’s GFX library to make drawing shapes and patterns super easy!