Dear backers, our apologies for this late update! As you all know, during and after the campaign we’ve been very forthright and tried to as many updates as possible just to share our excitement and progress. However, in the past two weeks, we’ve been through a lot of progress and as well as encountering some difficulties. Now that everything is clarified, we would like to share the latest with all of you.

TL;DR: here is what’s been done and what’s left

During the last two weeks, we found an issue in all 200 of our extension boards, an issue that, with the help of our talented engineer, we were able to fix manually. We then re-tested all of the boards to make sure no damage had been done. During the design of the final version (the one that added LED’s and extra MOSFETs for low power capabilities), a connection in the layout had been broken, so one of the soil moisture ports couldn’t be enabled. We re-connected it manually and have ensured it works without any issue. Below, you can see the micro-fix we applied by re-soldering the connection that was missed in the layout. It’s barely visible and has been very well been done and tested. 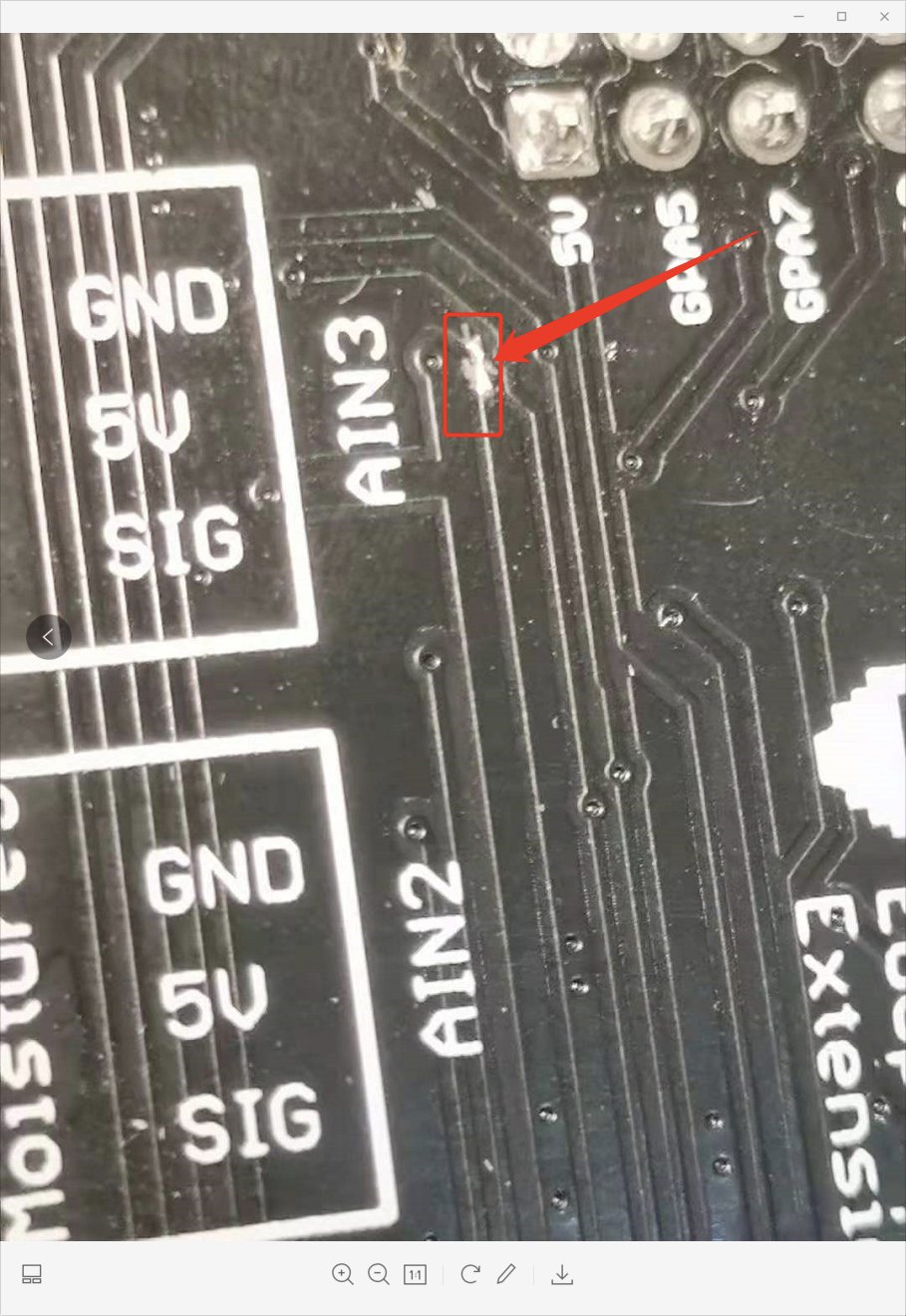 Regarding the kits, we had promised a water regulator, but in the final testing before packing we discovered the water regulators we initially purchased (all 1,000 of them), were leaking. That’s bad, especially if you plan to use the kit for the long term or leave it on when we are away from home. As a result, we had to purchase multiple samples, wait for them to arrive, and then re-test them till we found one that works well and as expected. It’s more expensive than the original, but as we keep mentioning - quality is the most important to us, so if we lose some funds over it, it’s absolutely worth it.

If there are no interruptions and everything goes as planned, we hope to finish packing by the 27th of May, which means by the end of this month we will be able to ship to the Mouser warehouse in the US for distribution.

We want to thank all of our backers again for their patience, support, and faith in our Eduponics project!