Two days left on the campaign — thanks again to everyone who has supported this project! The more I work on the firmware, the more excited I am to see the new features out in the dust.

I’ve added a requested feature, independent channels for camps with representatives who have graciously volunteered to help with supporting the badges on-playa. There are now four channels anyone can join, and I’ve labelled three of them with camp names to help make finding your friends a little easier. The badges default to the Institute channel, but once configured the channel selection is nonvolatile. 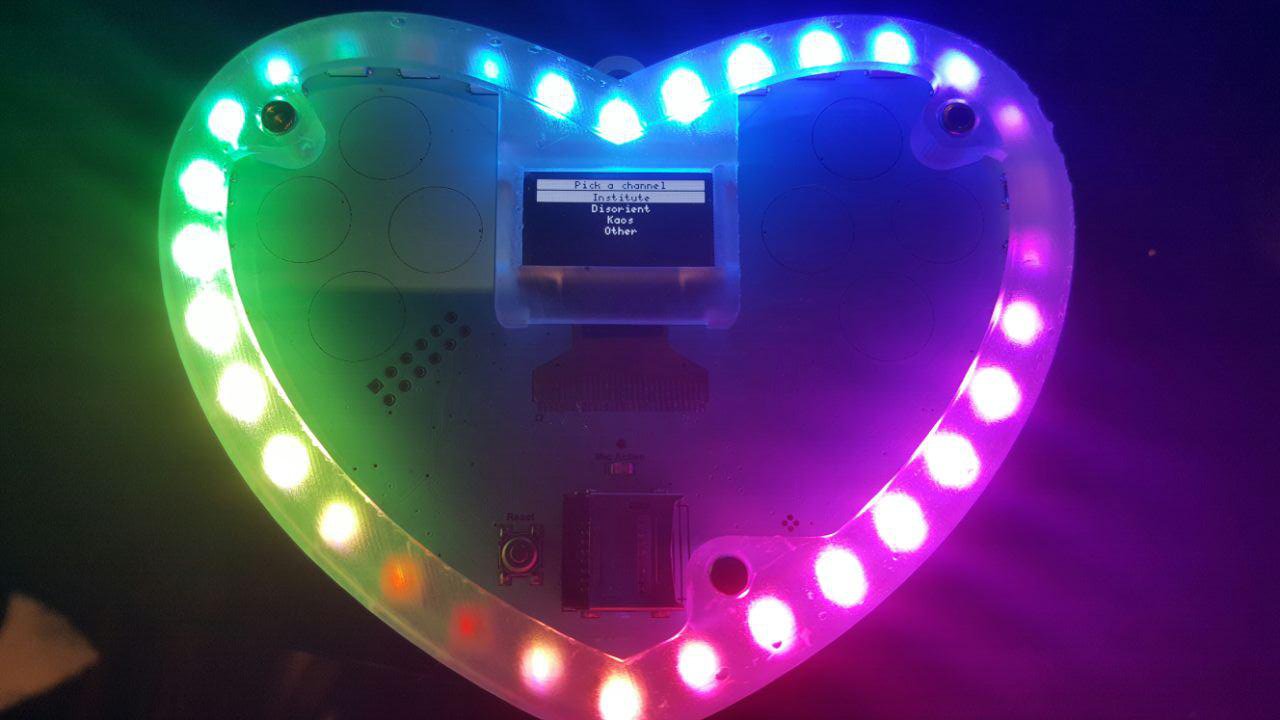 I’ve also added a "silent mode" feature, where one can turn off broadcasting their presence, which likewise disables scanning for nearby friends, in case someone just wants to be lit up, but not advertising their presence.

Finally, there is an option to turn off "TX boost". I did some RF performance hacking, and after tuning, it seems even with a wire, the range is almost comparable to that of the 2015 badge (assuming the wire is straight and not obscured). This means the extra +3dBm boost built into this badge might not be necessary, and I wanted an easy option to drop TX power in case the range was a bit excessive, or perhaps more significantly in case the high TX power was inducing false touches on the captouch surfaces.

For those who want to mod/hack their badges, I’ve pushed source files to the following locations:

If there’s something missing that you need, let me know and I’ll upload that as well!