Hello all Tomu backers! Sean here, giving you an update on the Tomu design and manufacturing progress. Things are progressing nicely, and we’re still aiming to ship on time.

Working during the Holidays

China shut down for the lunar new year last month, and is only now getting back up to speed. We took this time to polish the designs of the Tomu PCB, the plastic case, and the bootloader software. During the past month we’ve improved all three.

The PCB is slightly thinner now, which makes it easier to fit inside of a plastic case. Additionally, we’ve improved the traces for power and ground connections, which improves stability of the CPU particularly during early boot. Finally, by popular request, we kept the spacing for the debug headers at 2.54mm (0.1") to make it easier for field-loading new firmware without a test jig or permanent soldering. Finally, the PCB through-hole is larger now, making it easier to put around a lanyard, and allowing us to use a mounting peg on the plastic case.

For the case itself we settled on adding an alignment peg. The initial idea was to allow you, the end user, to heat-stake the case together to permanently mount it. By designing the case this way, it makes it possible to use a single-pull tool, and keeps the part 3D printable. However, after submitting the design to the factory, they recommended we add some mounting clips to keep the PCB in place. We decided to go with the change, and look forward to seeing the finished results in a few weeks.

The bootloader software also got a major revision to API v2.0. Toboot now supports loading applications at any page offset in flash provided you don’t overwrite Toboot itself. It also supports marking areas of memory as "Must-Erase", which you can use to specify areas that contain secure data to be erased when the firmware is updated. We’ve also created a program called "Booster" that can be attached to the start of Toboot in order to update it. Using Booster, we can now update Toboot safely without fear of bricking the device. Even better, toboot-boosted.bin can be uploaded using the SiLabs Serial Bootloader "AN0042" in order to convert it to using Toboot.

Now that the factory is running again, production has begun. PCBs are busy being manufactured, after which they will get sent to the assembly shop to have their parts placed onto the board, after which it’s a quick trip through the oven followed by a factory test, some packaging, and shipping.

Plastics are quick to manufacture once the steel mold is finished, and the current estimate is that the mold will be done mid-April. Right now a shop in China is etching the Tomu case shape into one ton of steel. Once that’s done they’ll manufacture a few units to verify the etching works. After this "T0" shot, they will harden the steel tool and start production. 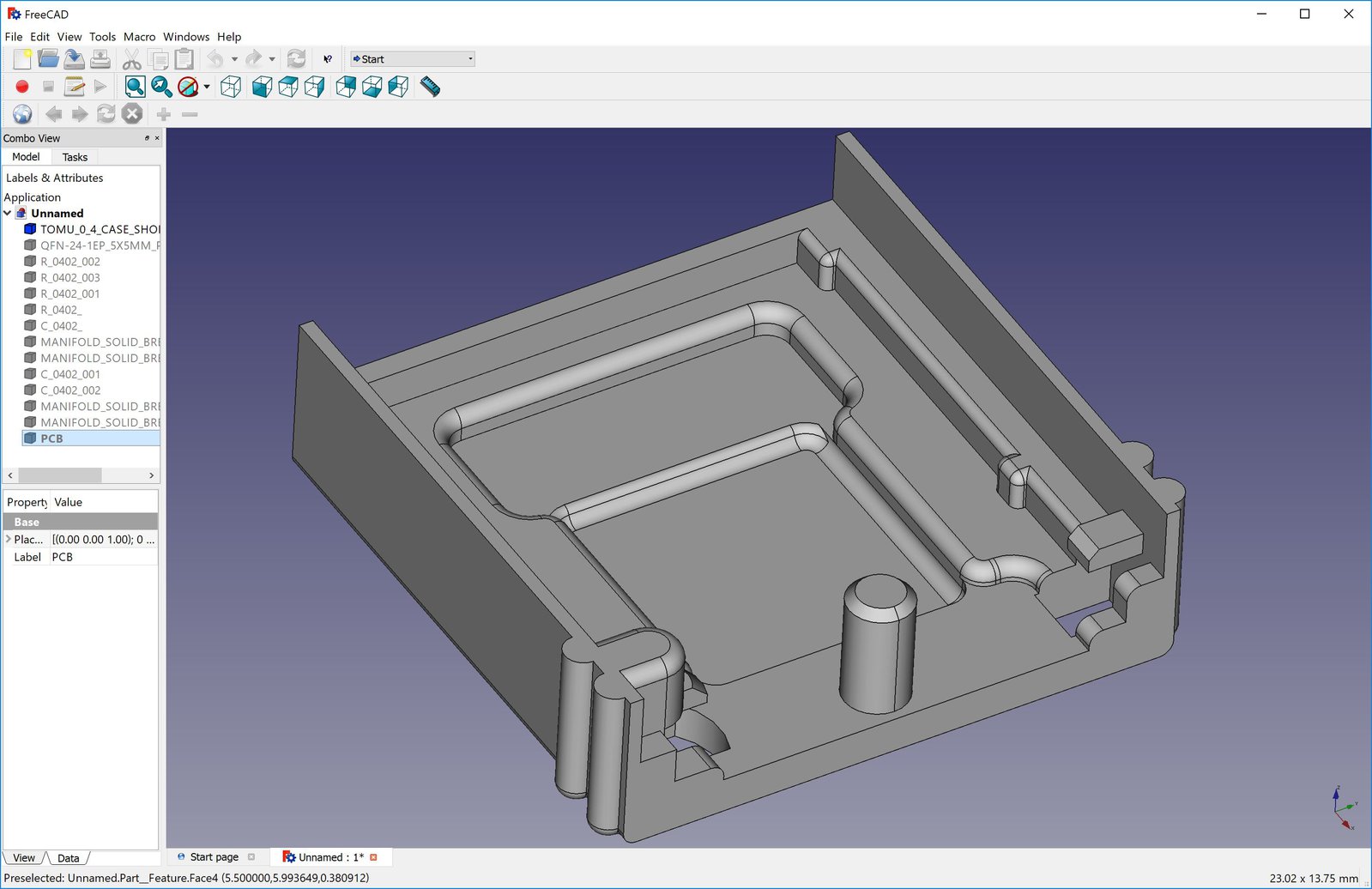 With plastics finishing mid-April, we hope to do integration of plastics + PCB assembly in late-April, and have them ready to ship to Crowd Supply by the start of May. There’s a lot to happen between now and then, including PCB assembly and testing, mechanical integration, shipping, and customs import. We have to make sure it all goes smoothly, and if something goes wrong you’ll be the first to know.

We’re looking forward to moving production along, getting you your Tomus, and seeing what you do with them. We’ll send updates as things progress. As always, our Github repository contains the most up-to-date files, and we’re on Freenode IRC in #tomu. Until next time, this is Sean signing off.