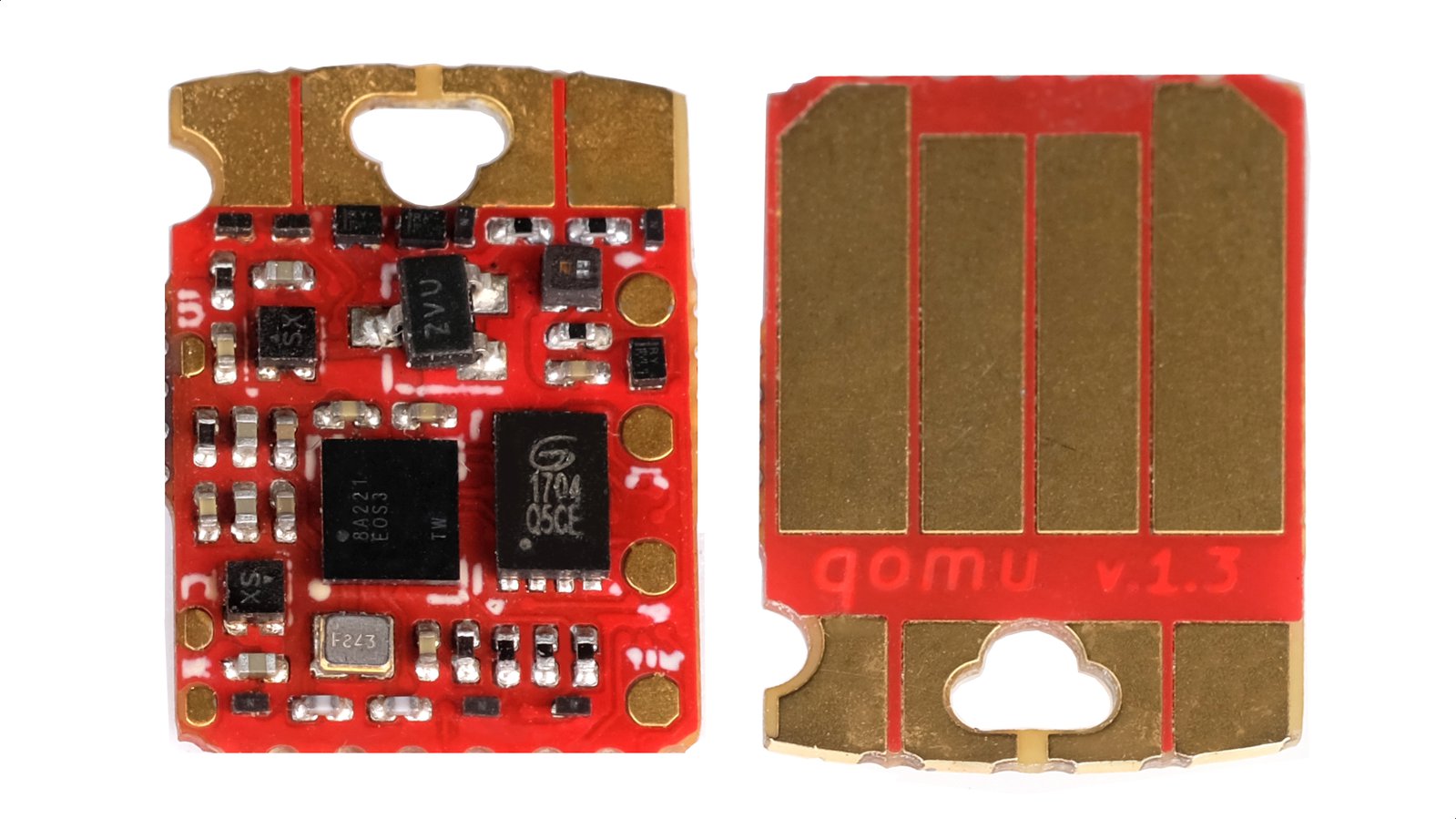 Three years ago I announced crowdfunding for Tomu – a microcontroller in your USB port. This project brought to mass-market a tiny Arm Cortex-M0 CPU in a package that fits directly into a USB port. Now you could take a standalone USB project anywhere.

One year later in 2019, we launched Fomu – an FPGA in your USB port. This FPGA had no CPU, so we had to provide one. We shipped with a RISC-V softcore, and provided users with a way to add their own modules to the core, or to replace or remove the CPU entirely.

Now in collaboration with QuickLogic, we have Qomu. Like Tomu and Fomu before it, Qomu fits inside your USB Type A port. It uses the same basic plastic case as before, and extends the feature set substantially. Qomu sits between the two on the CPU-FPGA spectrum, as it includes functionality from both families.

As with Fomu, we’re reusing much of the tooling from Tomu. 3/4ths of Qomu is identical to Tomu. USB ports haven’t changed shape, and the PCB is still the same dimensions. The only mechanical difference between Tomu and Qomu is the topology of the topside of the PCB. That means we can reuse the mold base and the top-half of the mold core. We simply need to fabricate a new bottom-half of the mold core to conform to the new PCB shape.

We did something similar for Fomu, and I gave a talk at Linux.Conf.au in 2019 with lots of pictures of the process. You can watch the talk to see just how the plastic case is made from start to finish.

We’ve already started tooling on this new shape. We’ve made 3D prints of the case, and are in the process of ordering the steel tool core. Soon, Qomu will join the ranks of Fomu and Tomu in having its own custom injection-molded plastic case, letting it fit snugly into any USB Type A port.