What a week it’s been. Between LinuxConf Australia (LCA2018) in Sydney, our work on the Tomu bootloader, and the support from our wonderful backers, it’s been a busy time.

The week before LCA was spent hunkered down in an office with the factory test jig, a USB logic analyzer, and a bunch of beta Tomu units. The end result of which is the first release of a usable DFU bootloader. This bootloader requires no drivers on Windows, is more responsive than the AN0042 bootloader, and doesn’t require a serial terminal to run. Additionally, it takes up less space on Tomu, leaving you with more room for code or data. It also supports auto-launching programs, and can be compiled without a proprietary compiler.

Sean gave a talk on Friday on Exclave, the open source testing framework we will use in the factory when we go to mass production. The talk is available now for streaming. During the 45-minute slot, he covered the motivation behind various tests, gave some examples of past tests and their shortcomings, and showed an end-to-end test for a Chibitronics Chibi Chip. A newer version of Exclave will be used for mass production of Tomu, and we’ll write more on that in a future update. 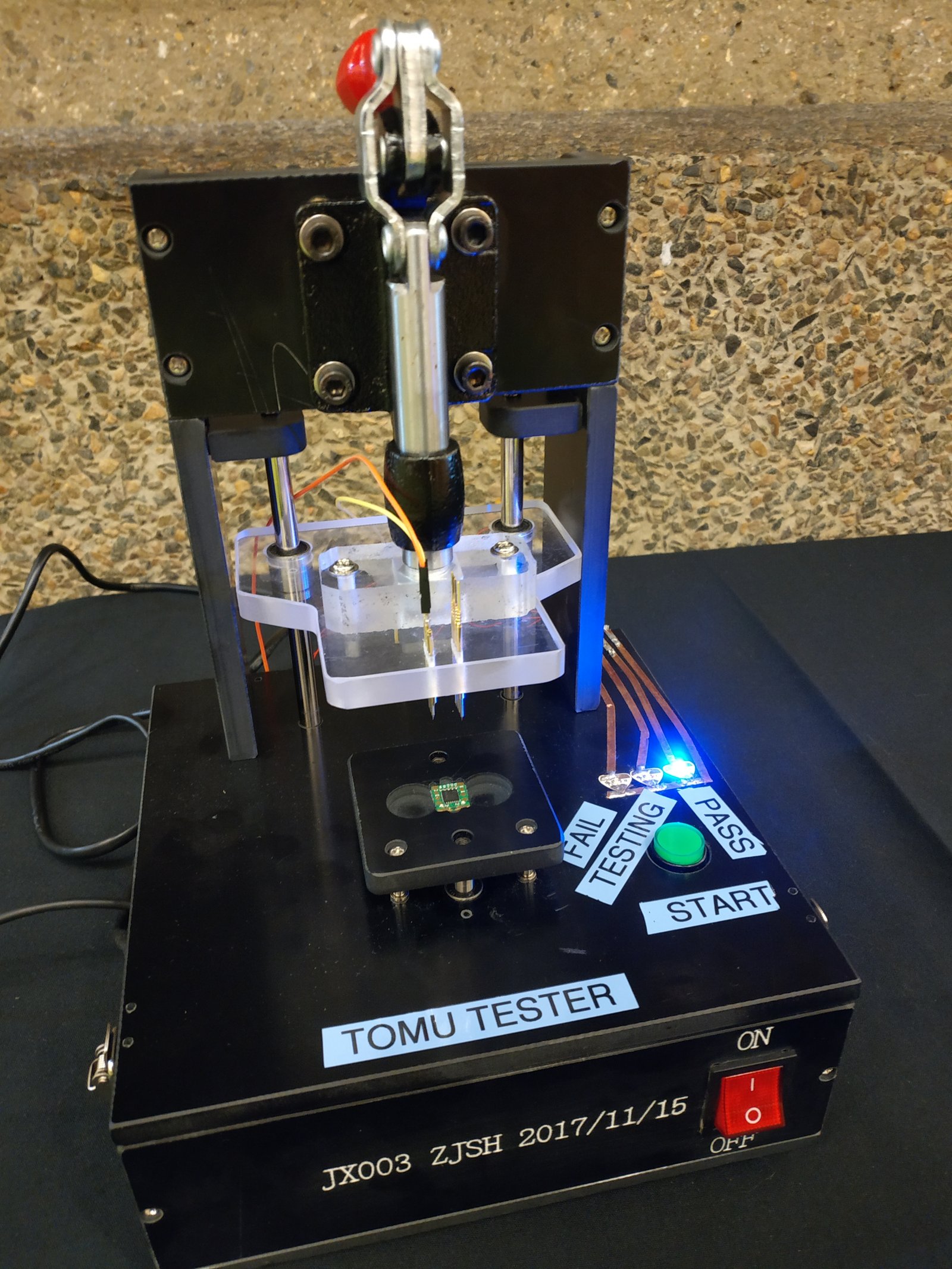 As part of the LCA talk, we brought the test jig we used for the beta units. We set this jig up at the conference and invited people to use it to update their Tomu boards to the new DFU firmware. Many people came to update their boards and learn just how electronics are tested at the end of a factory run. As a result of talking to people during the conference, we’ve received a lot of feedback on the usability of the bootloader, and we’ll make some changes before we go to mass production.

Finally, we have had a few requests to make it easier to build your own Tomu board. For this reason, we are happy to have added a Tomu parts list to main Crowd Supply project page. From there, you can click through to a pre-populated Digi-Key shopping cart with the basic components needed to build a Tomu. The cost doesn’t include things you’ll need like a soldering iron, SWD programming box, or a PCB, but it has the raw components that go onto a Tomu.

With just ten days left, we’re about to enter the last week of the campaign. Thank you for your support, and keep telling your friends about Tomu!