A powerful, open source FPGA development board for the heart of your next project

There’s been a lot of exciting activity with the TinyFPGA EX in recent months and I would like to summarize recent progress, the current state of development, and future plans. Read the full update to catch up on all the latest developments!

New prototype PCBs came back from PCBWay. Despite an issue with the soldermask caused by the KiCad export, they were a breeze to assemble and get up and running!

There were a number of issues with the previous prototypes that needed to be fixed along with some component changes to be tested out. The major changes:

I’ve assembled the latest prototypes by hand and have enlisted the help of some members of the community to assemble even more. These early prototypes will go out to more folks to build early projects and demos to put the design through its paces.

Along with fixing some bugs in the previous batch of prototypes, some new features have been added and changes have been made to the specs of the variants. The major changes:

Project Trellis has made excellent progress in supporting the FPGAs used in the TinyFPGA EX series. All of the major features of the FPGA are now supported, including the SERDES! The first stable release was made on March 6th, 2019.

The open source tools are moving at a fantastic pace and already support real-world designs on these larger FPGAs. For example, the USB bootloader can now be built using Yosys, Project Trellis, and NextPNR.

There are a number of things that need to happen before the campaign can be launched:

I have a plan for each of these items. I’ll be sending out an update in a month with an updated status. I’m excited to get this project moving faster and out to makers all over the world! The TinyFPGA EX is a fantastic FPGA board and will enable many new projects!

TinyFPGA is a one-man endeavor to bring the incredible capabilities of FPGAs to makers around the world. Luke started TinyFPGA while looking for an FPGA that could be used in a breadboard. When no suitable candidate was found he took it upon himself to develop a tiny FPGA dev board. 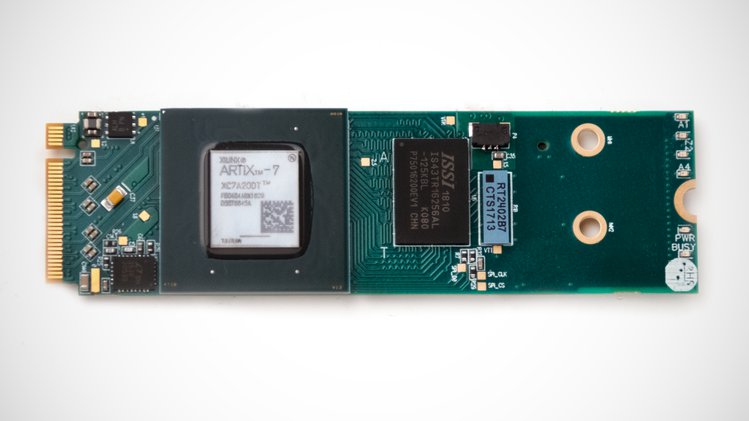 An Artix-7 FPGA with its own DDR3 RAM right in your laptop - for developing PCIe, etc.