A huge influx of parts

Hello again and welcome to this month’s UHK update!

TL;DR: We’re inching towards mass production. We’ve received tons of parts from our suppliers. The design of the palm rest is finalized, and our new PCBs are being fabricated.

Our delivery date is unchanged, which you can always check out on your Crowd Supply account page.

Now let’s delve into the nitty-gritty!

Not long after the previous update, a van arrived, chock full of goodies. 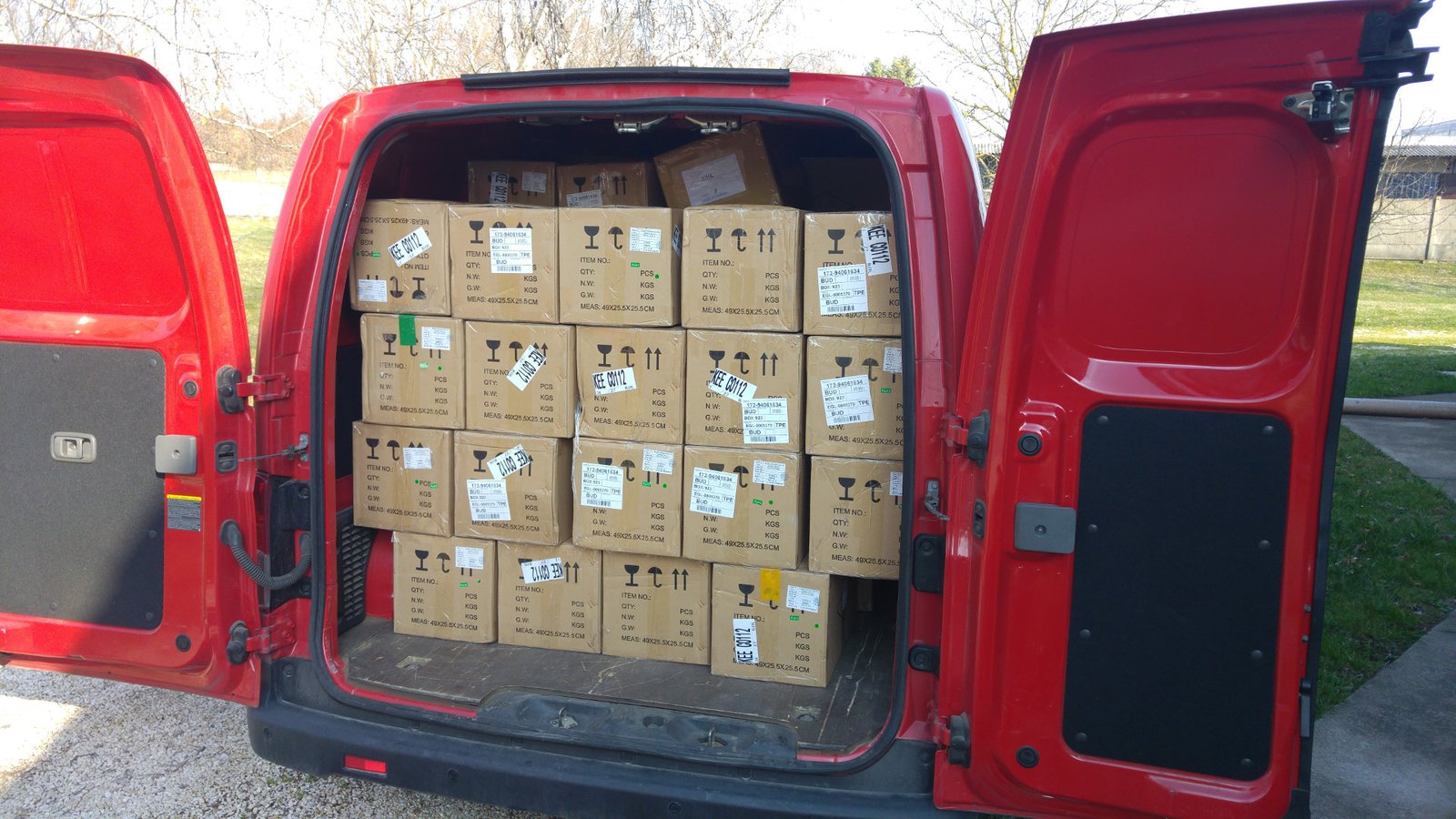 The majority of the boxes contain switches. Lots of them. 127,000 to be exact. 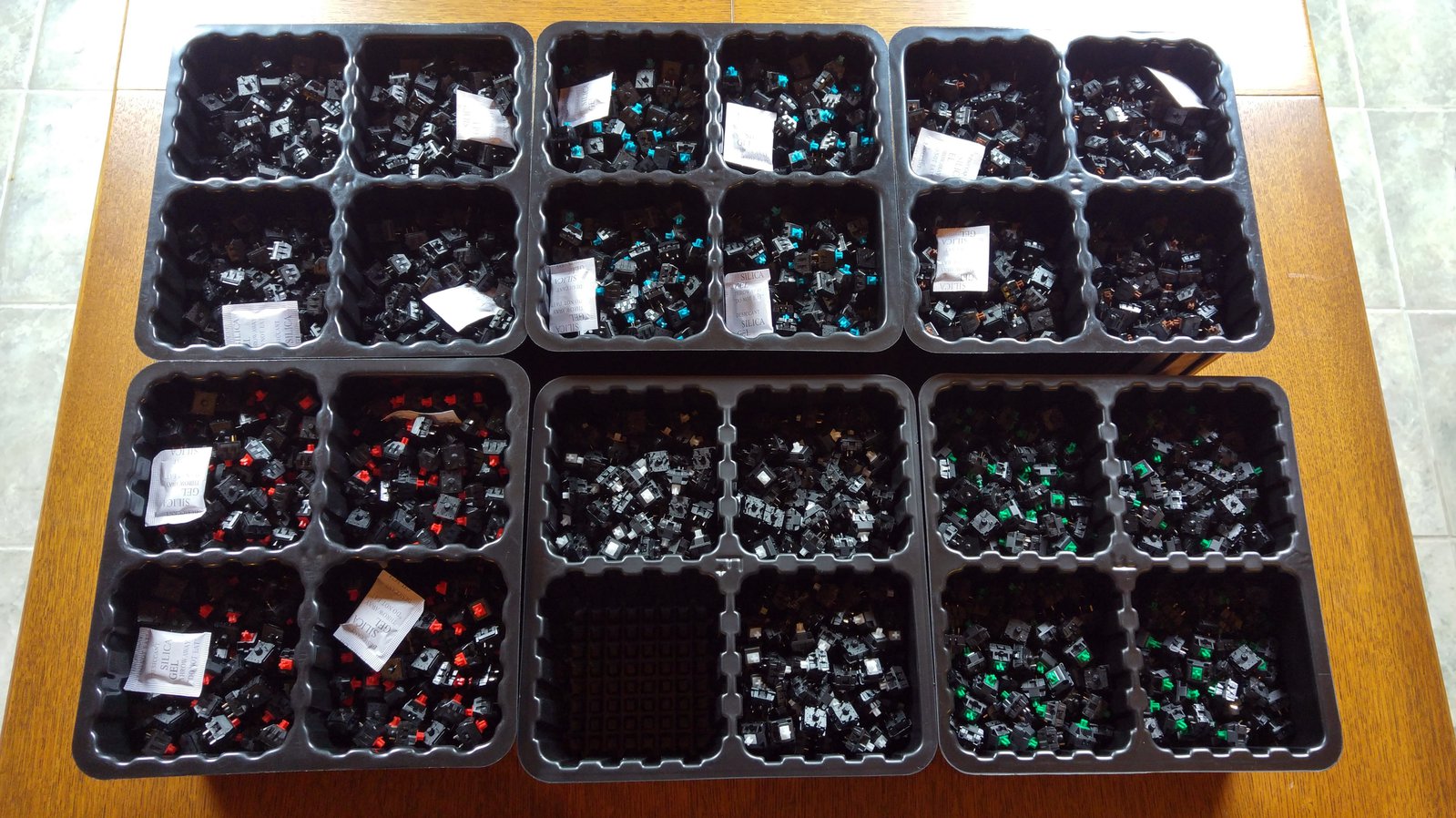 You can see all the 6 switch types including brown, blue, red, black, clear, and green. 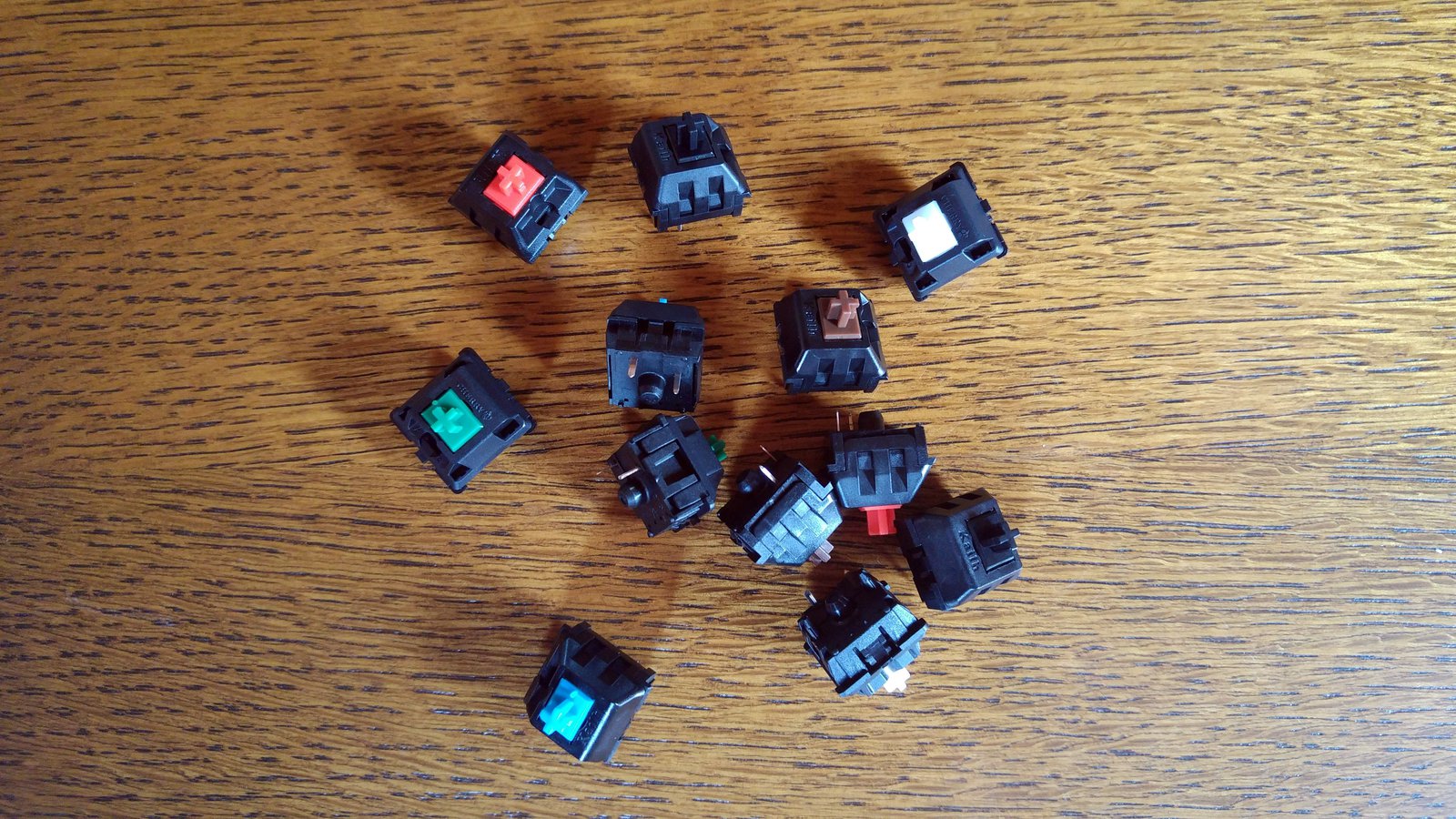 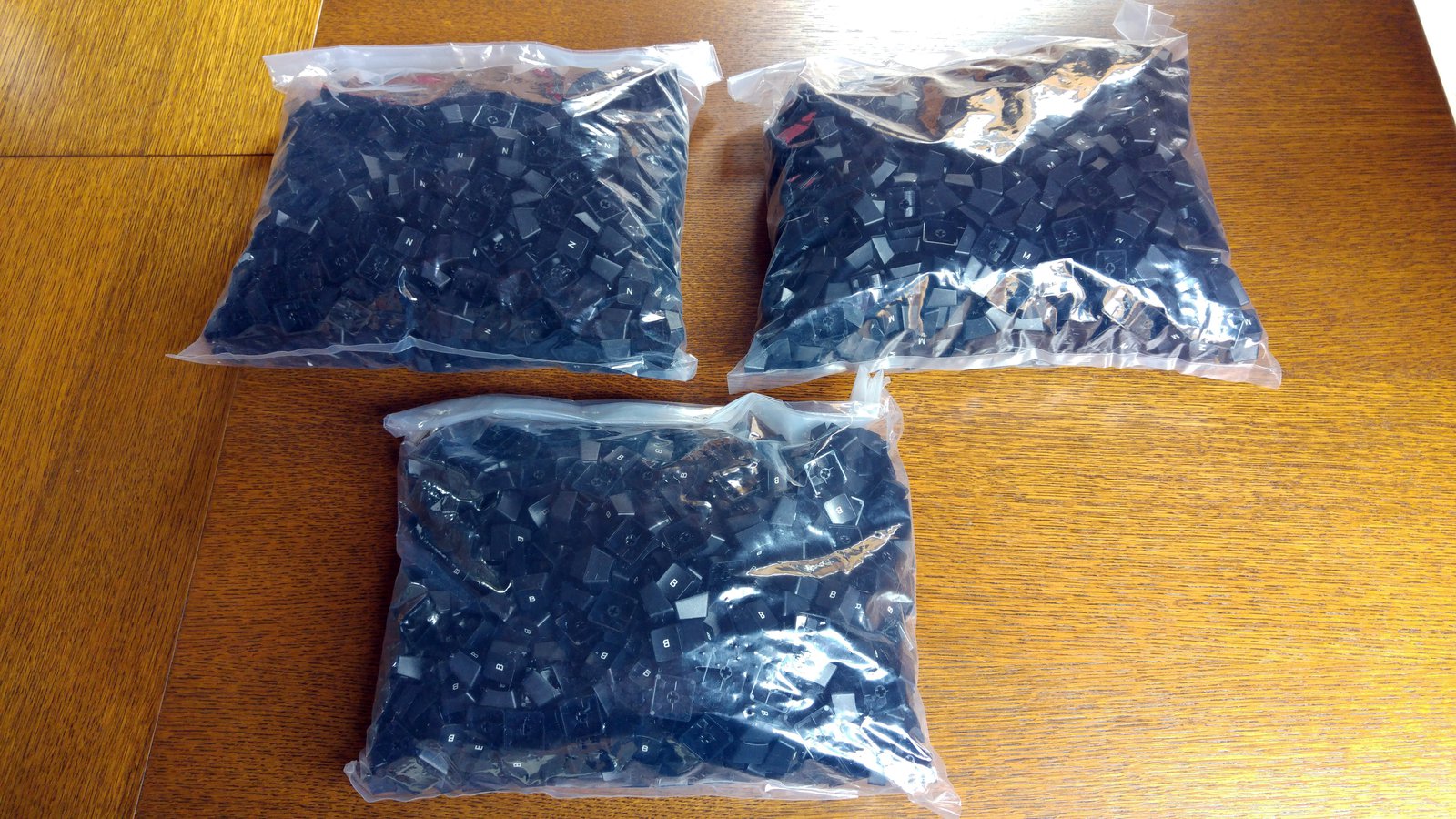 Yet another box contains 11,000 stabilizers and 5,500 stabilizer wires. Assembling these little guys will be quite an exercise. 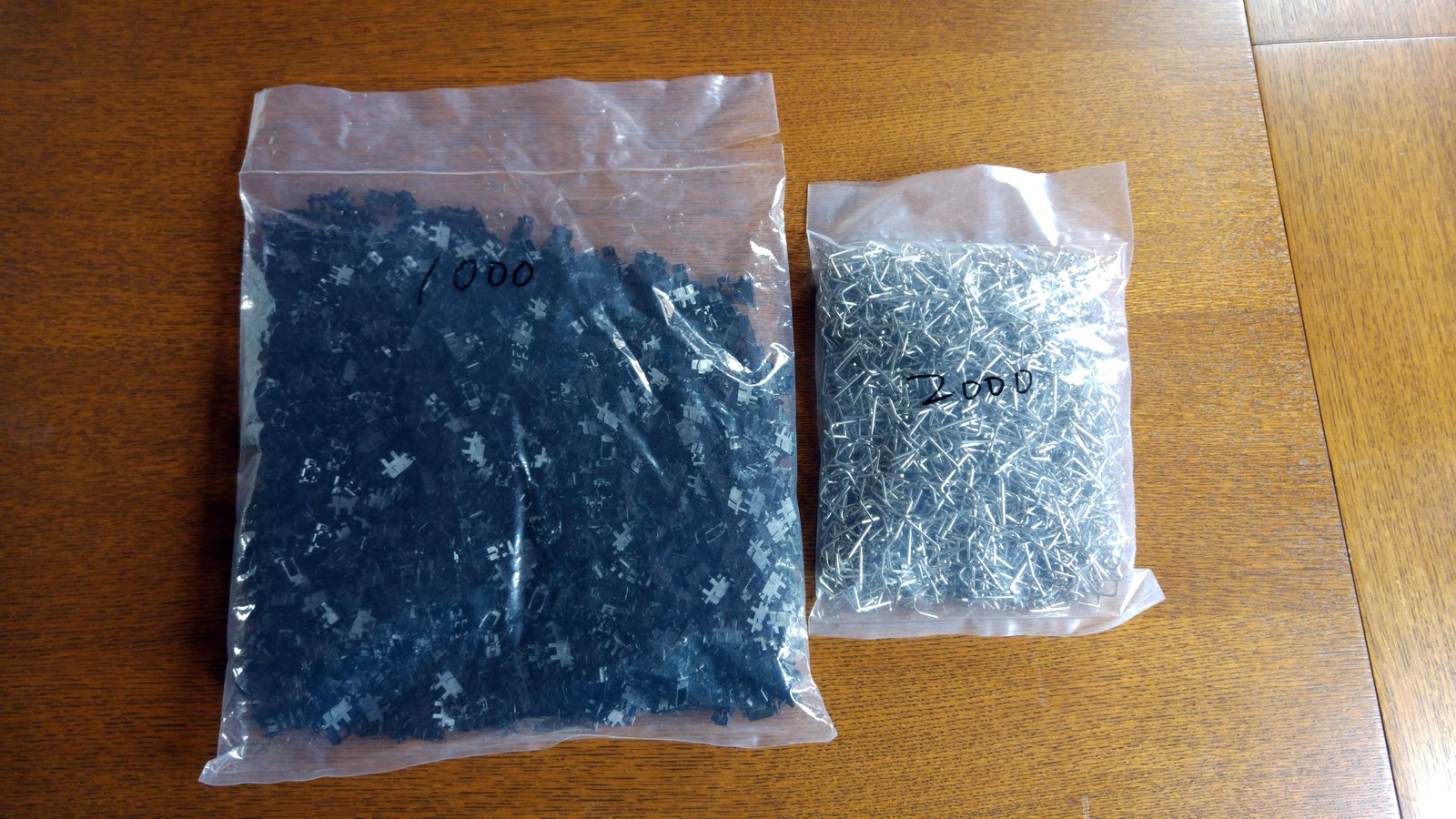 When seeing all the boxes neatly arranged, I couldn’t help myself, so I posted the following picture on April 1st. 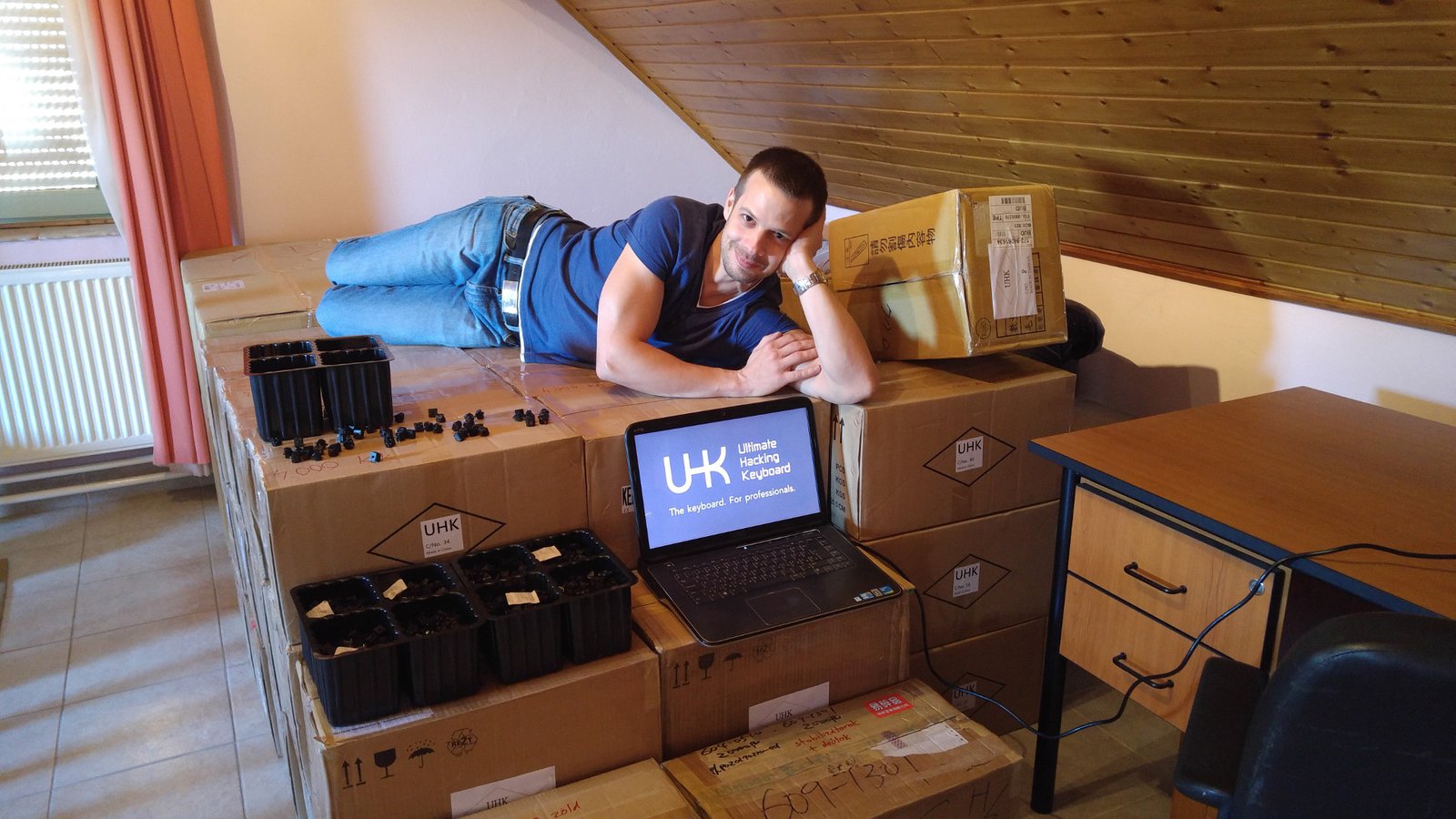 You guys totally got it by immediately replying with the (in)famous 1970’s Bill Gates centerfold on social media. Well done! 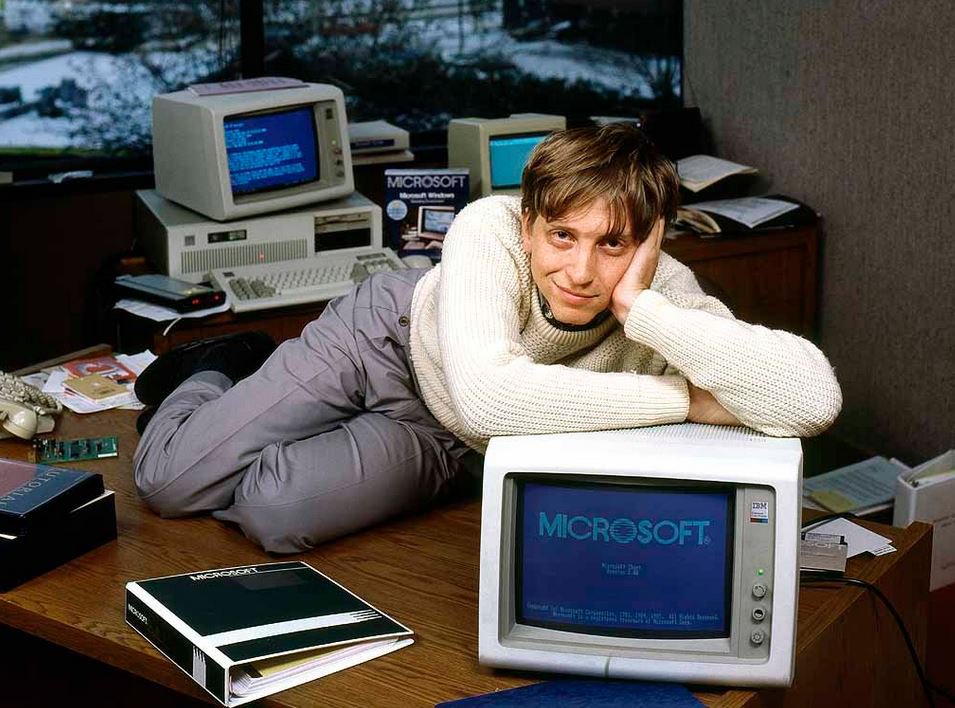 In the shipments were plenty of smaller parts, too. Let’s see what we’ve received. 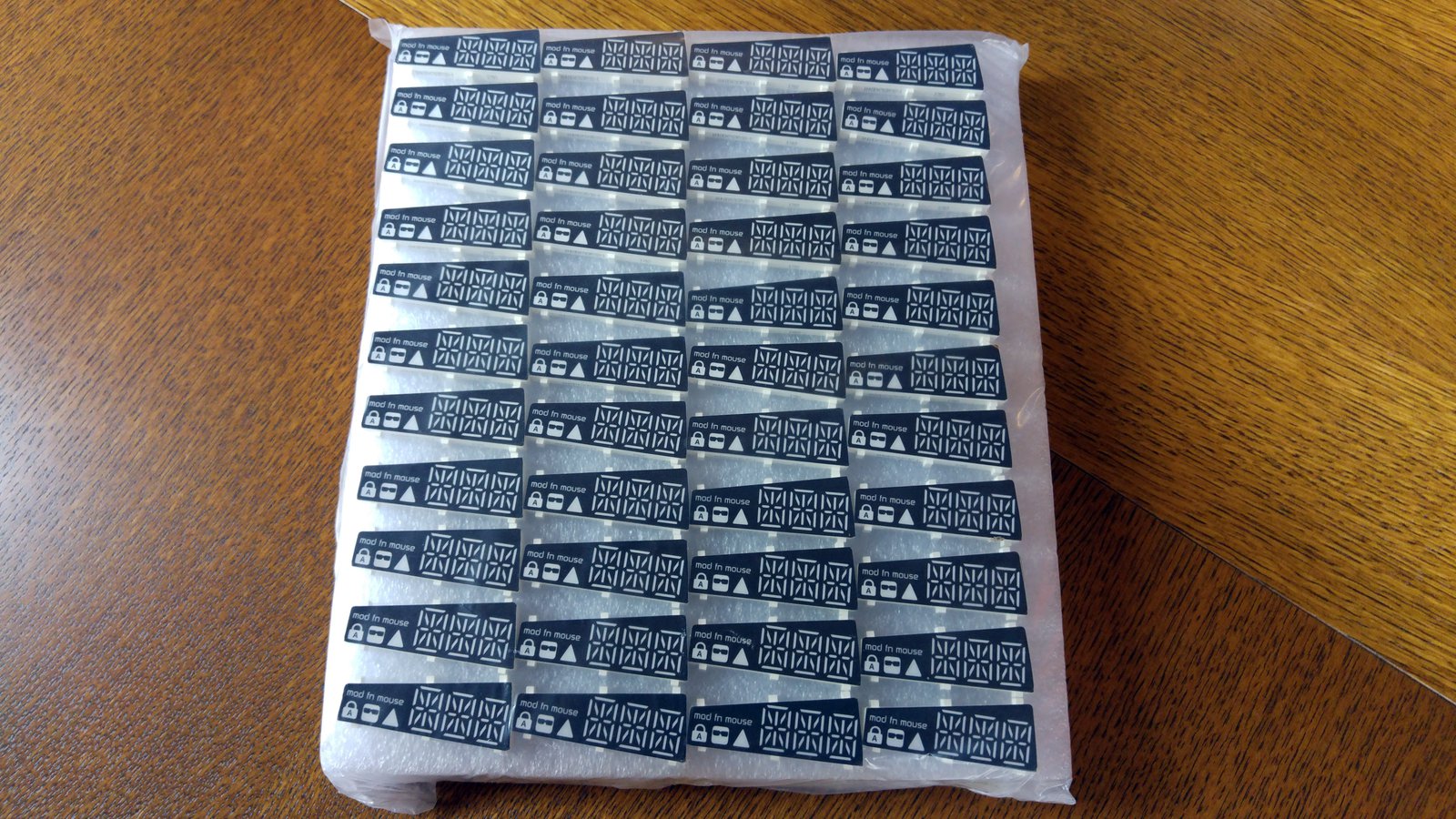 A small sample of the nearly 2,000 LED displays 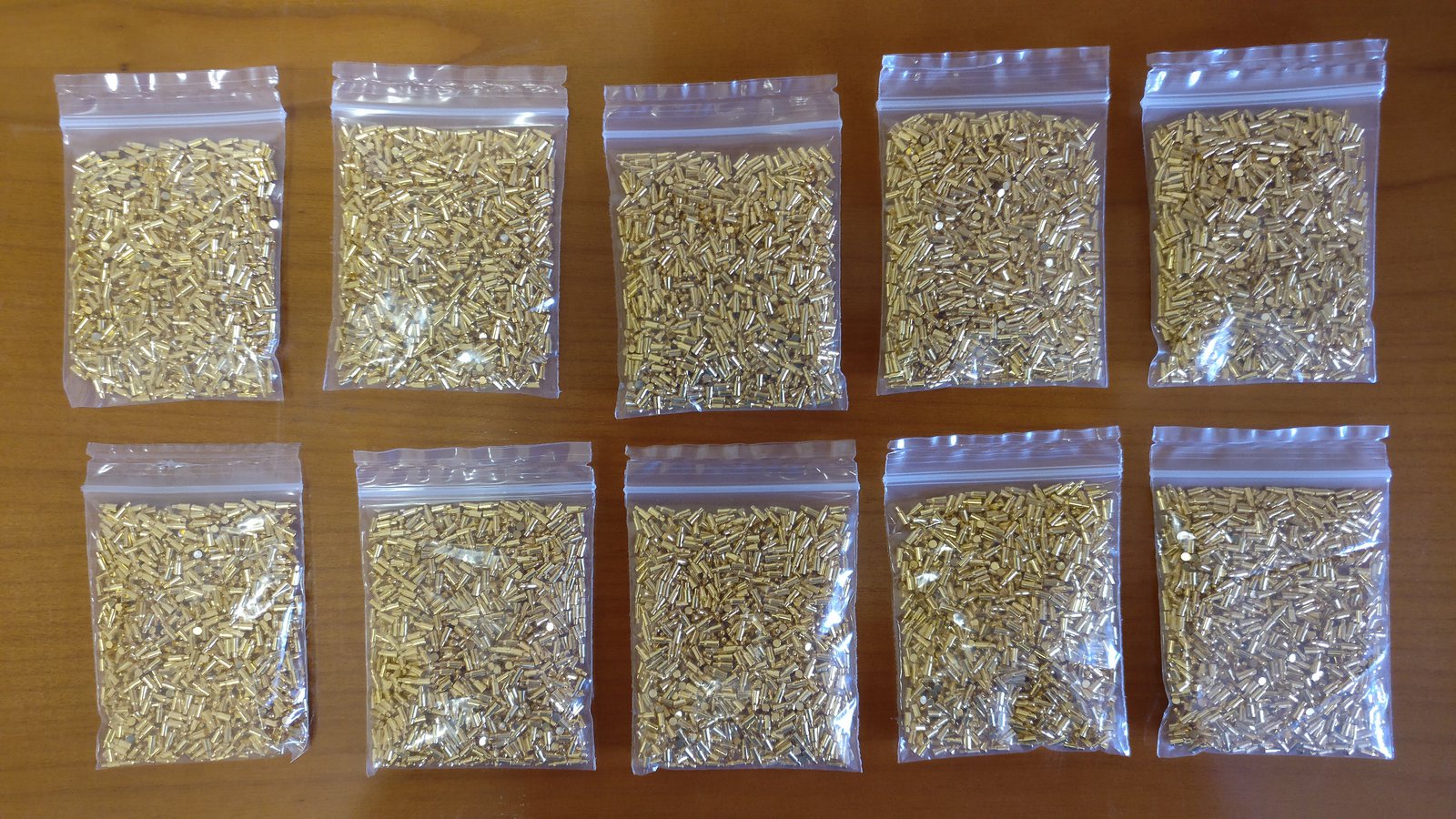 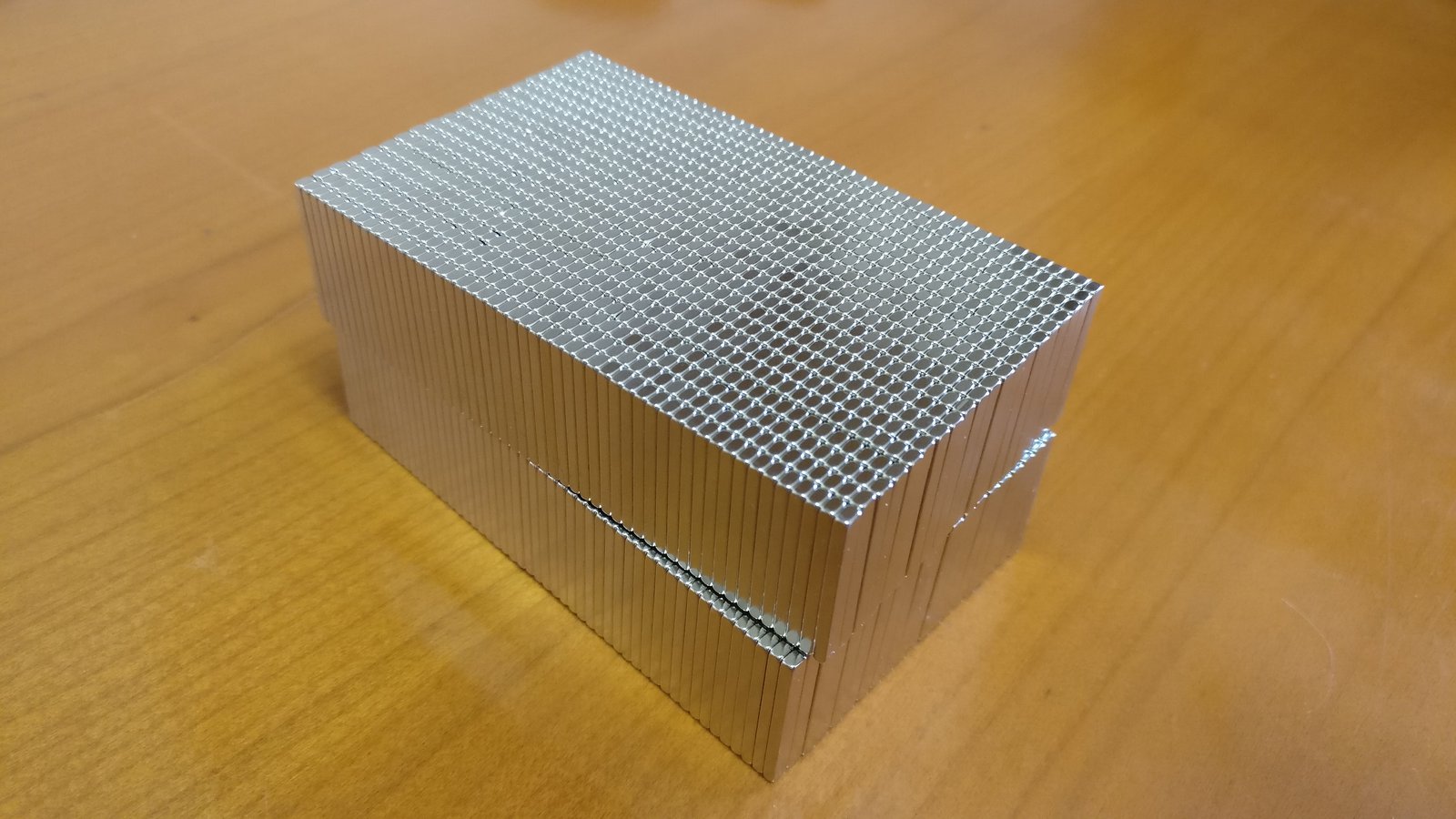 As a matter of fact, we’ve received another block of 2,000 magnets, but we didn’t dare to put the two blocks close to each other. The combined force of these magnets is formidable, which could have shattered the magnets, or even worse, our hands.

A while back, we showed you a palm rest version we thought was very close to final. Boy, were we wrong. As it turned out, the milled aluminium base plate had a tendency to bend a little bit when the legs were flipped out and force was exerted on the palm rest. András was looking into alternative design and came up with something we’re very proud of. 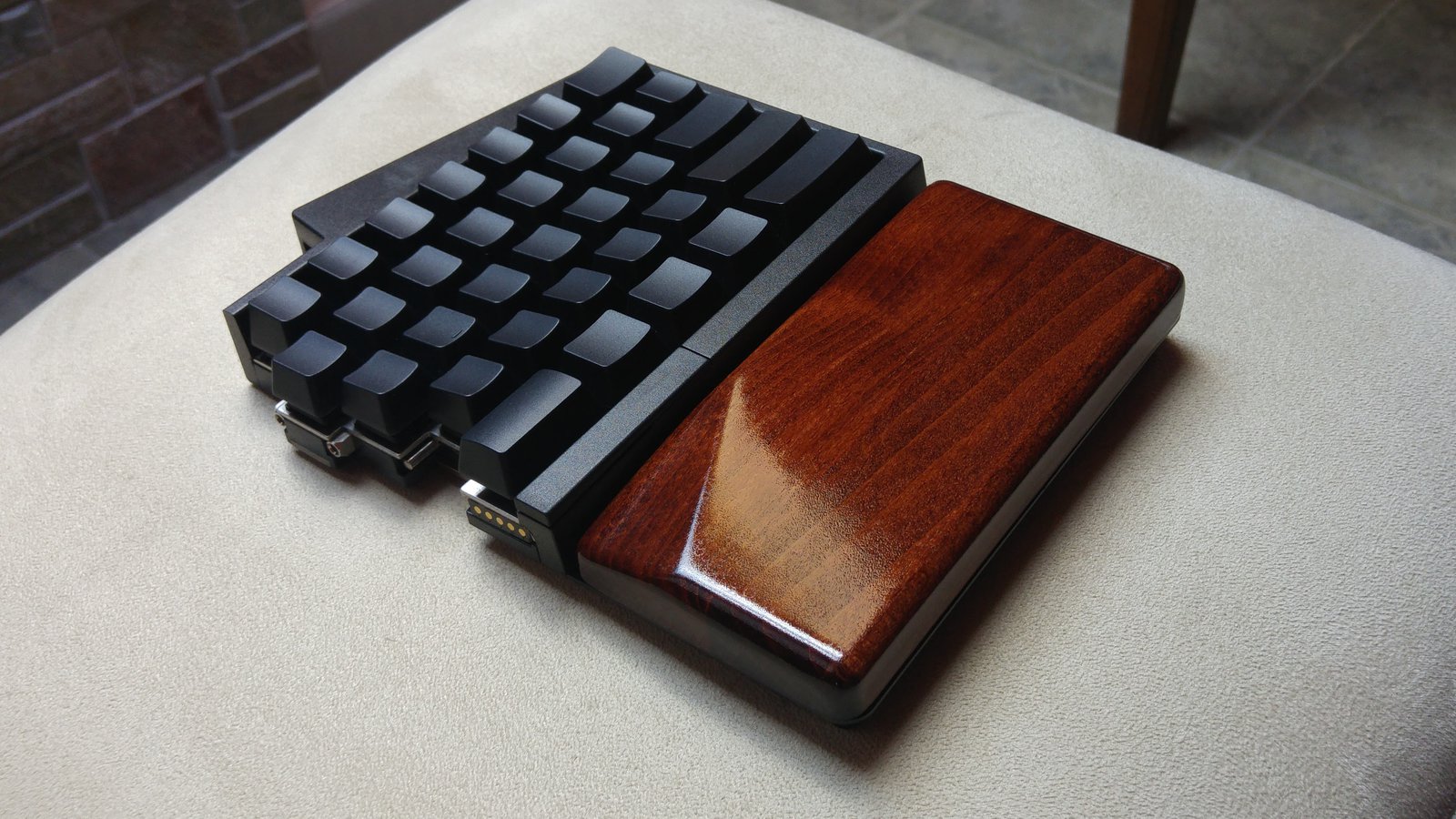 Now, we’re using a steel baseplate to connect the wooden part of the palmrest to the keyboard. This results in a stronger connection, making flexing a non-issue. As you can see, a recess was designed right where your thumb resides, which will make it easier to press the thumb button. We think it’s quite a useful feature.

The wood is more emphasized in this design, resulting in a classy minimalism. We plan to choose graphite color instead of the current brown color. We believe it will look just as beautiful as brown, and it will gel better with the black color of the keyboard.

We’re waiting for yet another sample, then we’ll pick a manufacturer, and launch the mass production of the palm rests.

In our last update, we let you know about the EMC test results of the v7.1 UHK PCBs which were a lot better than v7.0, but still not good enough. Since then, we’ve finished the design of the v7.2 UHK PCBs.

The PCBs were redesigned by István based on Endre’s suggestions to reduce EMC emissions. Right now, they’re being fabricated, and should arrive soon. As soon as they arrive, we’ll assemble a half dozen prototypes and head to the EMC lab.

Speaking of the lab, instead of going to T-Network, we’ll go directly to TÜV from this point on. I recently contacted TÜV, and realized that they also do EMC pre-testing for a reasonable price. Even better, they will do the final EMC testing and issue the certifications, so it’s better to familiarize them with the UHK as soon as possible.

On the assembly front, we’ve just ordered electrical screwdrivers, screw dispensers, a glue dispenser, and a number of jigs are being made to speed up mass production.

A lots of further progress is expected soon. We’ll get 2,000 metal plates manufactured in the upcoming days, and the mold is almost fully ready, too, making it possible to manufacture the cases very soon.

In our true style, we’ll keep you updated on a weekly basis on social media, and on a monthly basis in these newsletters.