Hello and welcome to this month’s UHK update!

TL;DR: Our most recent prototypes have successfully passed EMC pre-compliance testing. The final certification will be taking place in June and is expected to take 4-5 weeks which will push delivery to July. Manufacturing is proceeding apace. One of our prototypes has became a movie star.

Not long after our previous update, we assembled 6 prototypes for the upcoming EMC pre-compliance measurement. These are v7.2 prototypes featuring EMC redesigns and related extra components, such as a ferrite choke. 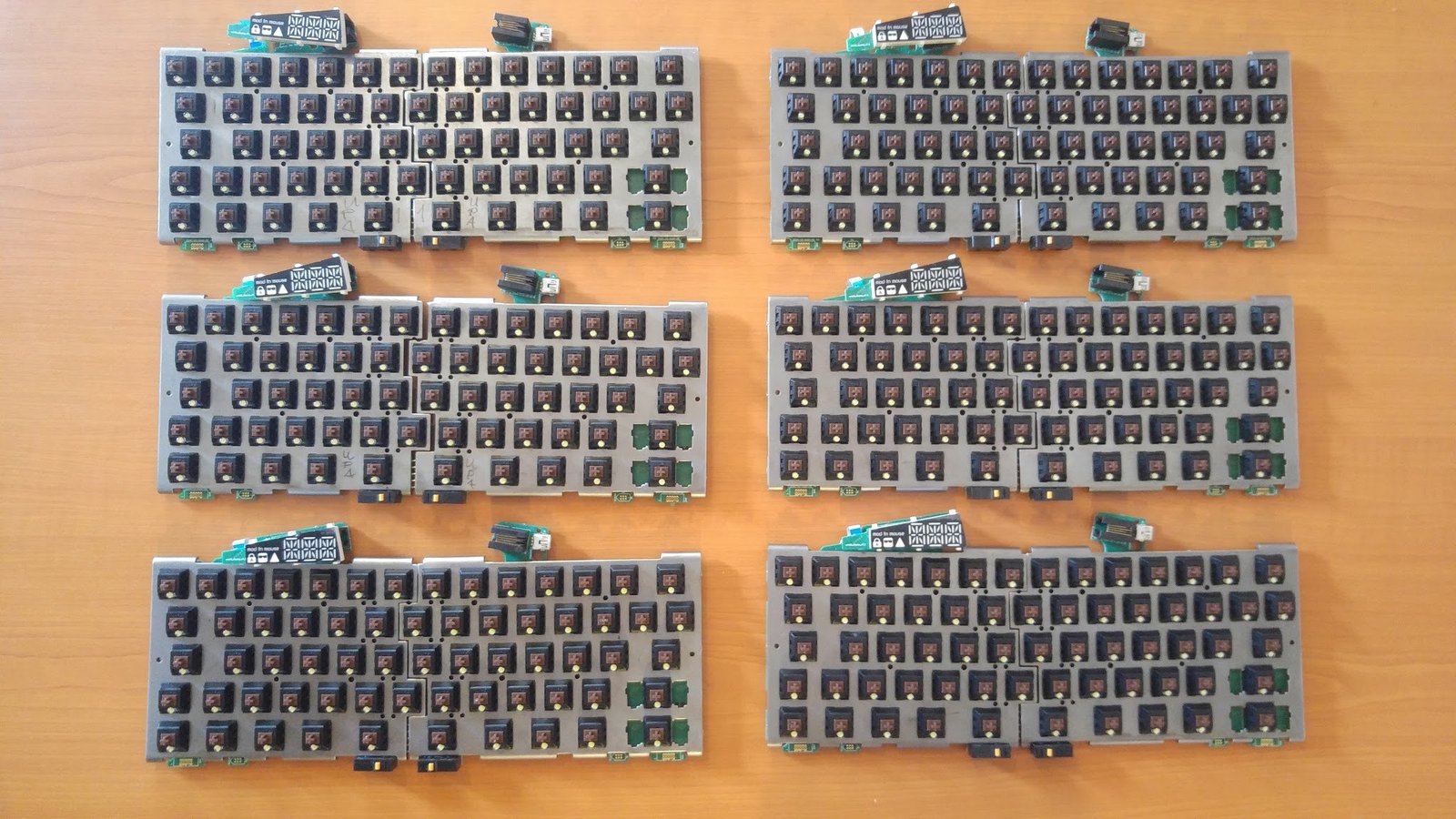 This time, instead of going to T-Network, we went to TÜV which was a much better experience. Their control room is more modern and tidier. 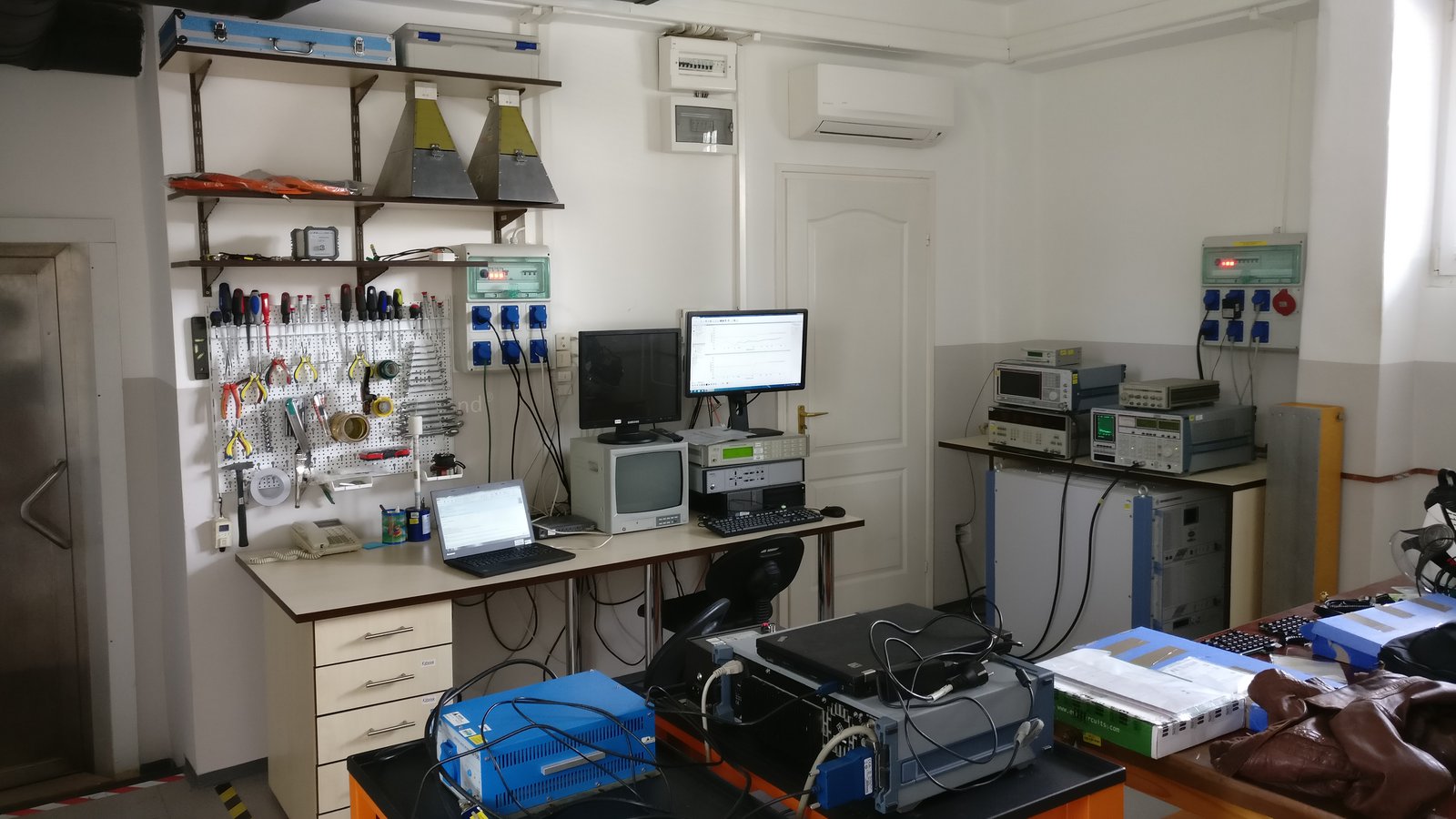 They use a more sophisticated measurement software. 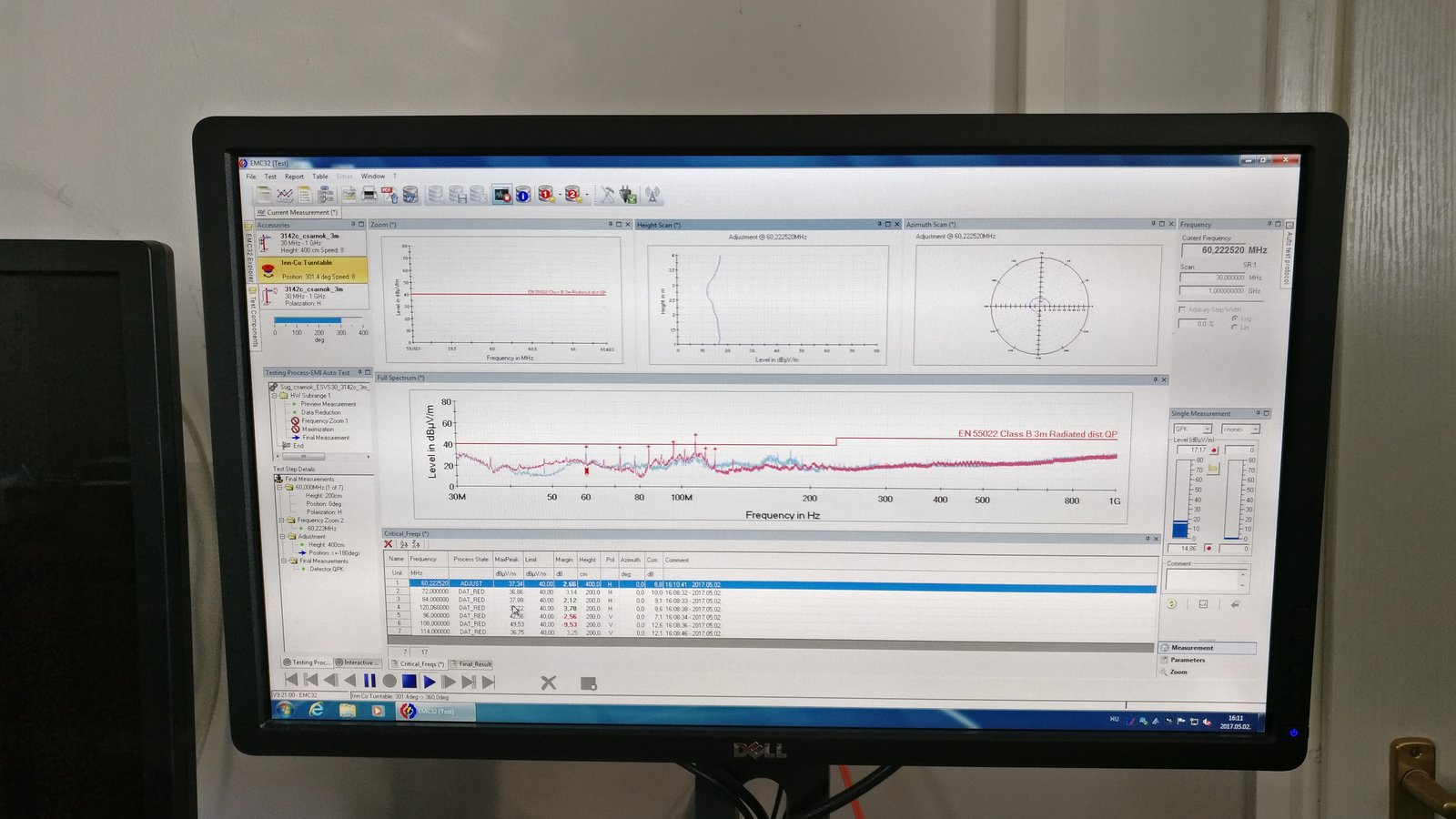 Their measurement chamber is more spacious. 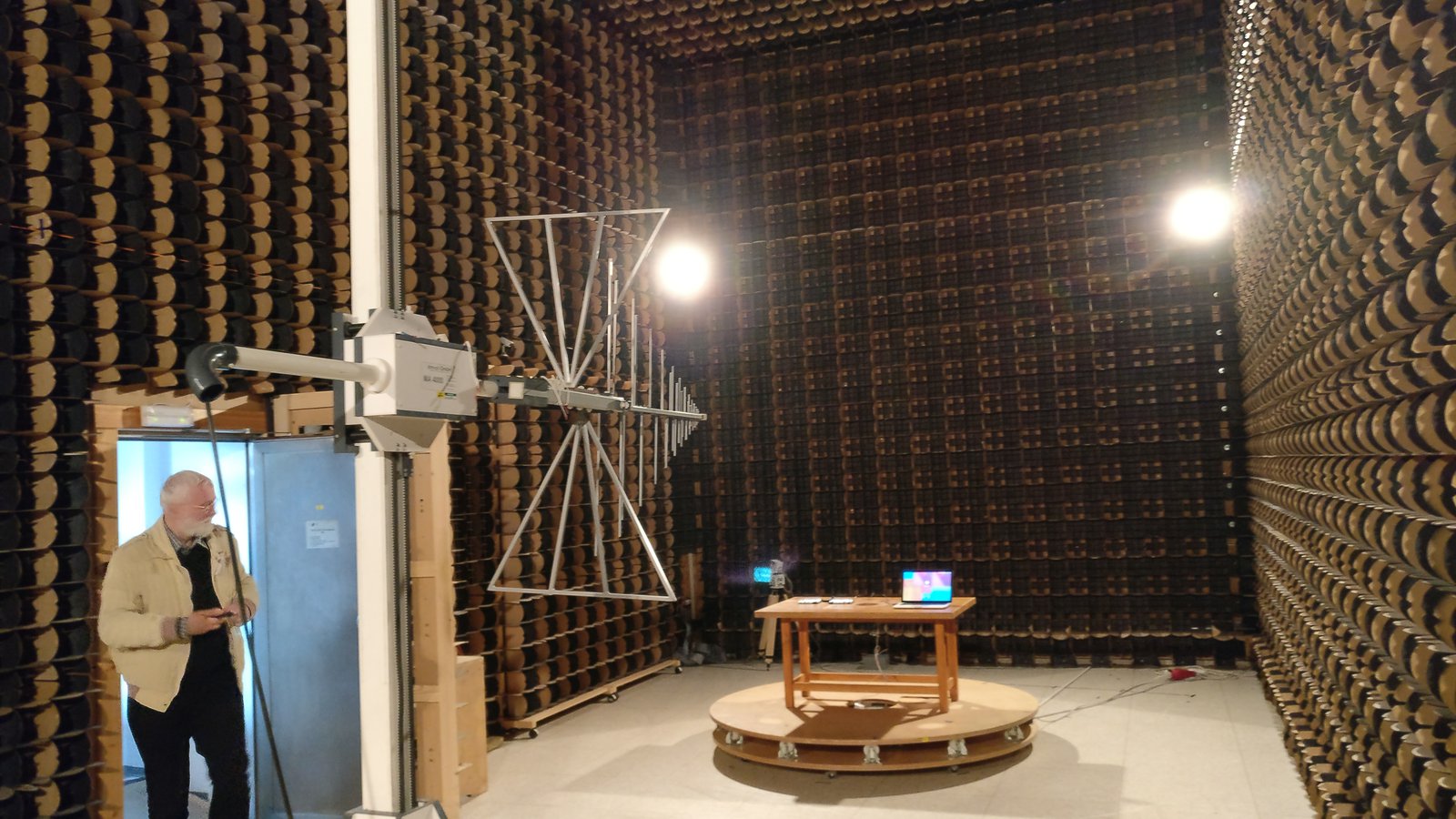 We told you the last time that the laptop we brought didn’t pass the test in itself, so we’ve made sure to bring a MacBook Pro this time to avoid such problems. 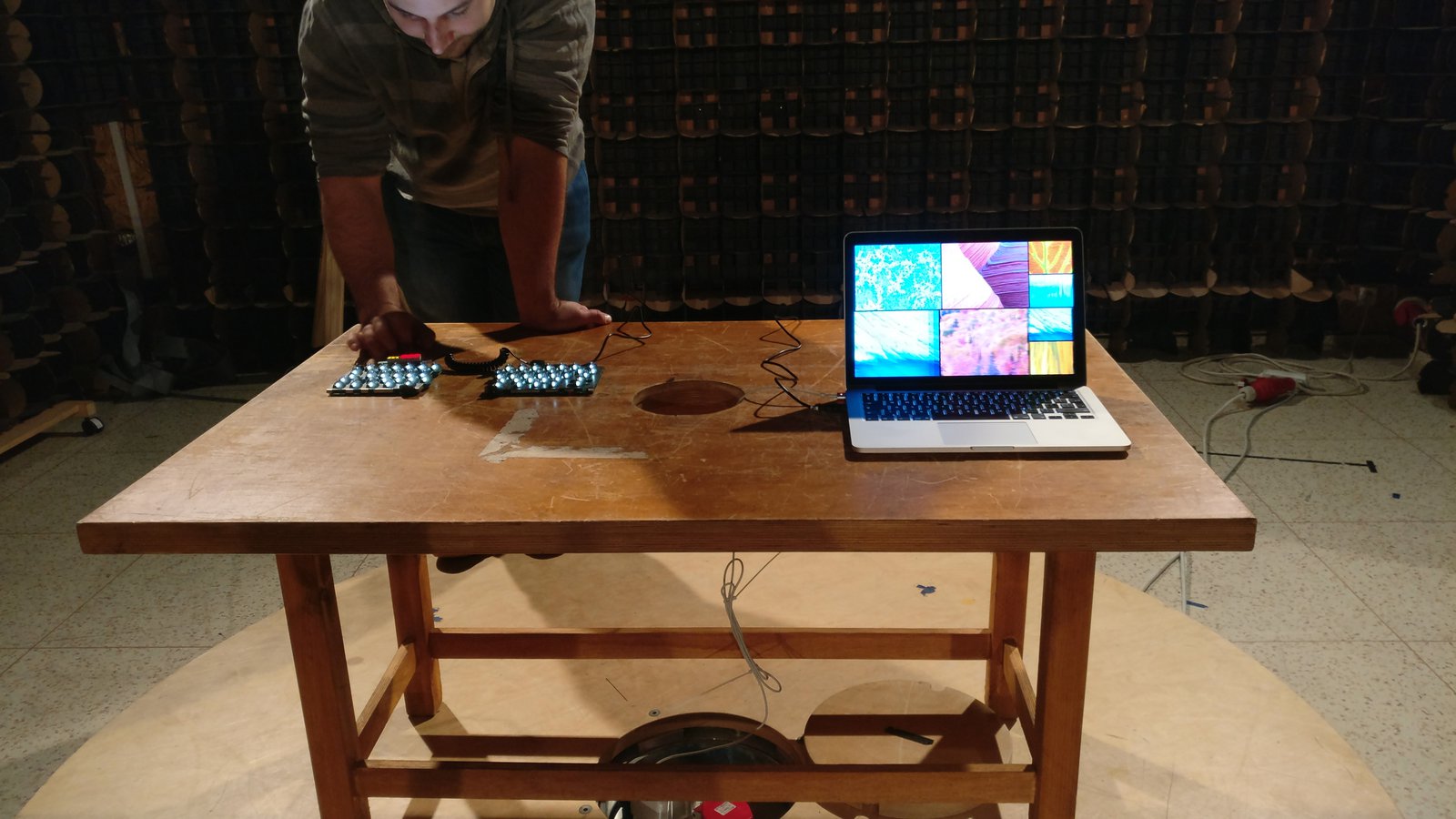 Please note that the we don’t provide a backlit UHK yet, but the prototype exists

The measurements taken by TÜV are of considerably higher resolution than those at T-Network, and they do take proportionally more time. Instead of taking around 3 minutes, they take about 15 minutes each. This time, we passed the test! You can see the result below. 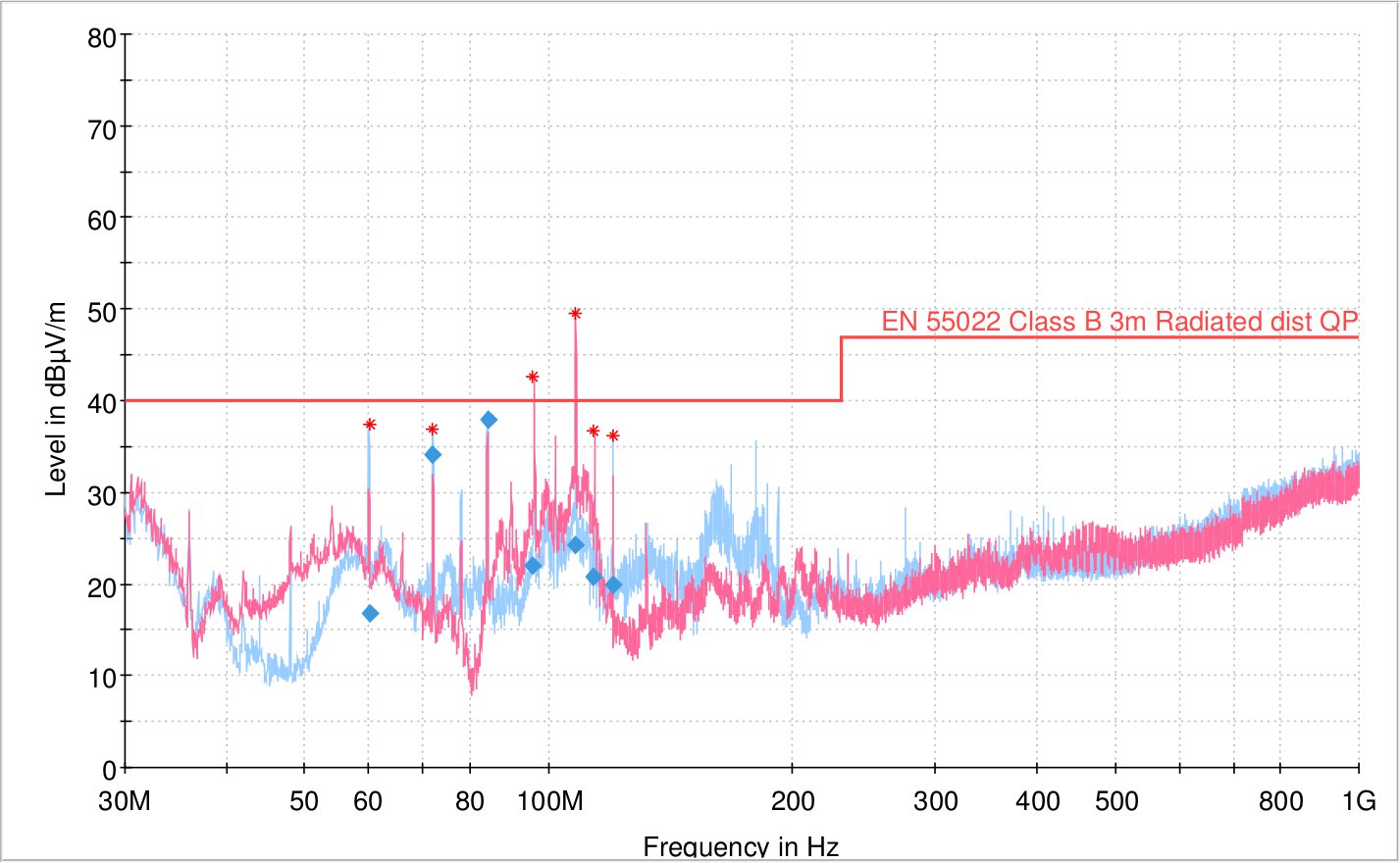 This may look like a fail, but it’s not! There are two peaks that are above the safety zone, but as it turns out, there are two measurements involved. In the first measurement, the peaks get detected. In the second, the peaks are more closely investigated which usually results in considerably lower values. The final values are marked with blue rectangles below the peaks, and they’re all within the safety zone.

This is clearly a much better result than anything we’ve ever measured, although admittedly, the safety margin is quite tight around 84 Mhz. Endre has an idea how to make it even better by replacing some components, and we’ll test his idea in a week, but we’ve already booked a certification date for June regardless.

Let’s see some major news from the manufacturing department: 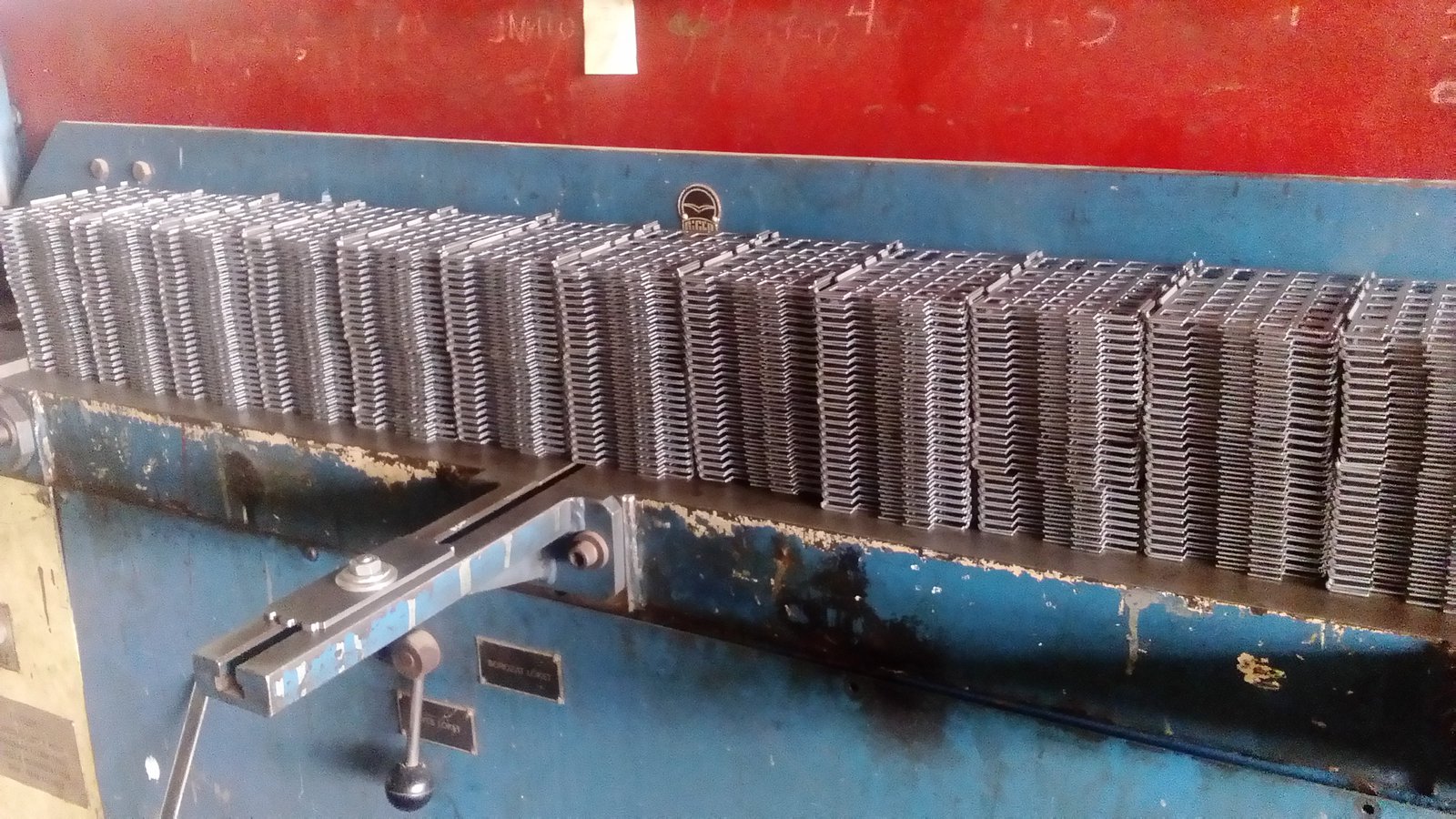 One of our prototypes has became a movie star

About a year ago, the assistant propmaster of Netflix series Sense8 got in touch with us. She told us that there’ll be a hacking scene in the series, and asked us whether we could provide a prototype to be filmed. Of course, we said yes in a heartbeat. Fast forward one year, we got featured in the series! 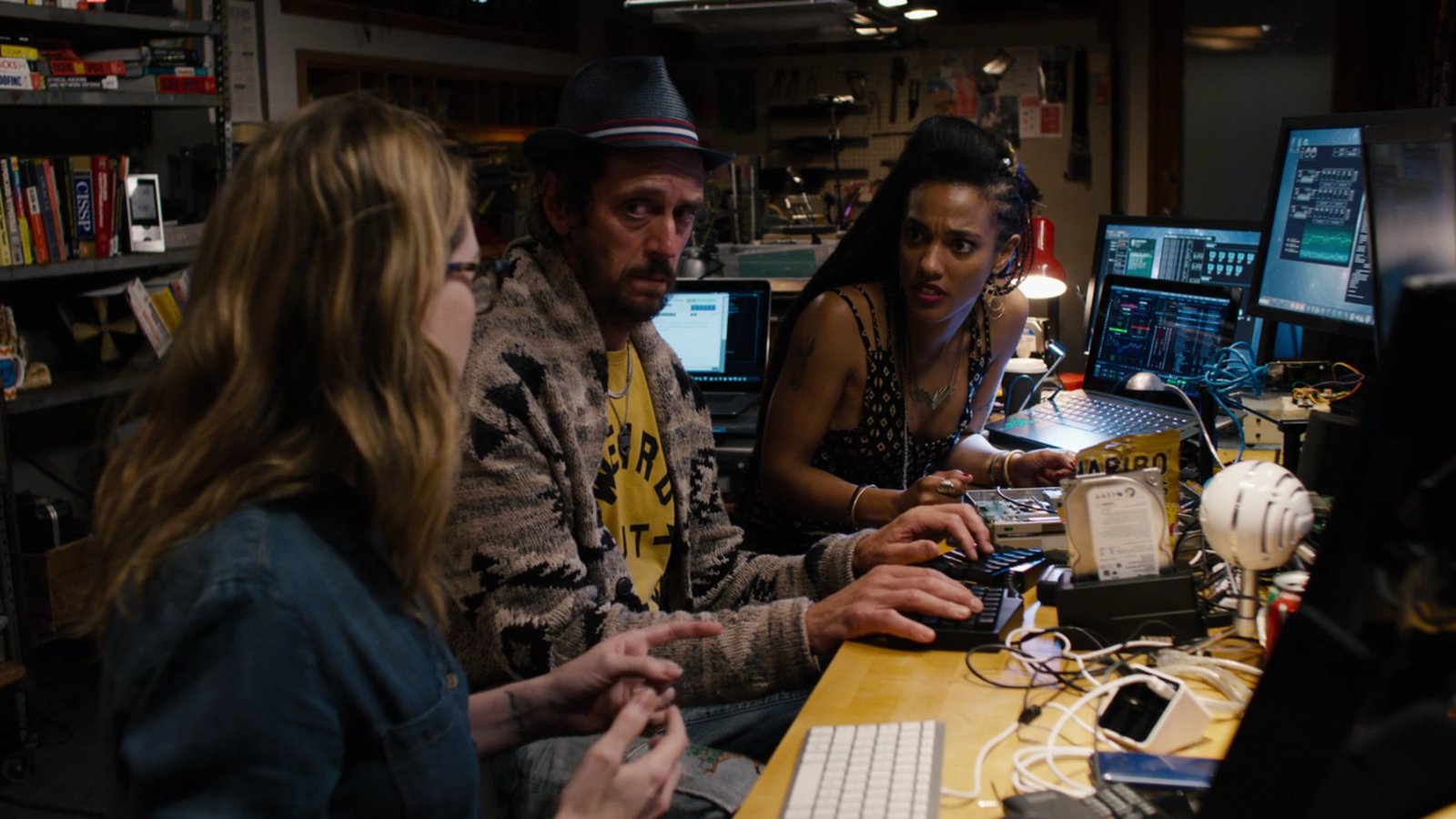 You can see the UHK prototype in:

And a couple more spots here and there. You’re welcome to let us know if you notice another scene.

Needless to say, we’re thrilled to be featured. Thank you so much for the opportunity, Netflix!

This wraps up our May update, Ladies and Gentlemen. A lot of things are happening in parallel as usual, and with the certification of the PCBs on the horizon, we’re really getting close.

As always, we’ll be keeping you updated on a weekly basis on social media, and on a monthly basis in these newsletters.