Every module prototype is functional

Hi there, and welcome to the monthly UHK status update!

TL;DR: The trackpoint and touchpad modules are functional, and we’ve got demo videos. The mouse mode of the UHK is usable to create digital art. Agent had a Linux security bug, so it’s worth upgrading.

This update is quite late, but I think it’s the coolest one so far. I’ve been knee-deep in the firmware of the modules recently which bore some delicious fruits… I mean functional modules.

The trackpoint turned out great, and it’s very precise. Thanks to the dexterity of the thumb, I find the usability of the trackpoint module to be excellent despite the unusual trackpoint nib position compared to other trackpoint implementations.

The touchpad is also finally usable now. It’s excellent for swift, long distance movements, but it has to be optimized a bit more for precision movements. The touchpad IC has numerous parameters, so my hopes are high that precision control can be sufficiently improved purely on the firmware side.

For the sake of completeness and comparison, see the trackball module demo, too. This demo was featured in our previous update.

As you can see, all of the four module prototypes are functional. This is a huge milestone as far as the modules are concerned. Now that we have functional prototypes, it’s time to mass produce them.

Mass production will take a number of steps such as creating tooling, procuring parts, doing EMC tests, and minor manufacturing optimizations - just to name a few. Luckily, many of these steps can be done in parallel, but they’ll still take months. We’ll announce an ETA in our next monthly update.

Creating digital art with the UHK

Speaking of mouse control, although not as capable as the modules, let’s not forget about the venerable mouse layer of the UHK, as it’s very powerful for what it is. So much so that apparently it’s possible to create digital art with it. Give it up for Brandon Yu, who’s about to demonstrate the seemingly impossible.

I don’t know about you, but I’m officially blown away by Brandon’s skills and talent. Brandon also happens to be a game developer, so feel free to get in touch with him on Twitter.

Now that Agent shows the allocation of the on-board EEPROM memory of the UHK, it’s easy to see that about 4K is used by the default configuration of the total 32K. Even if you have dozens of keymaps and macros, it should still be enough. 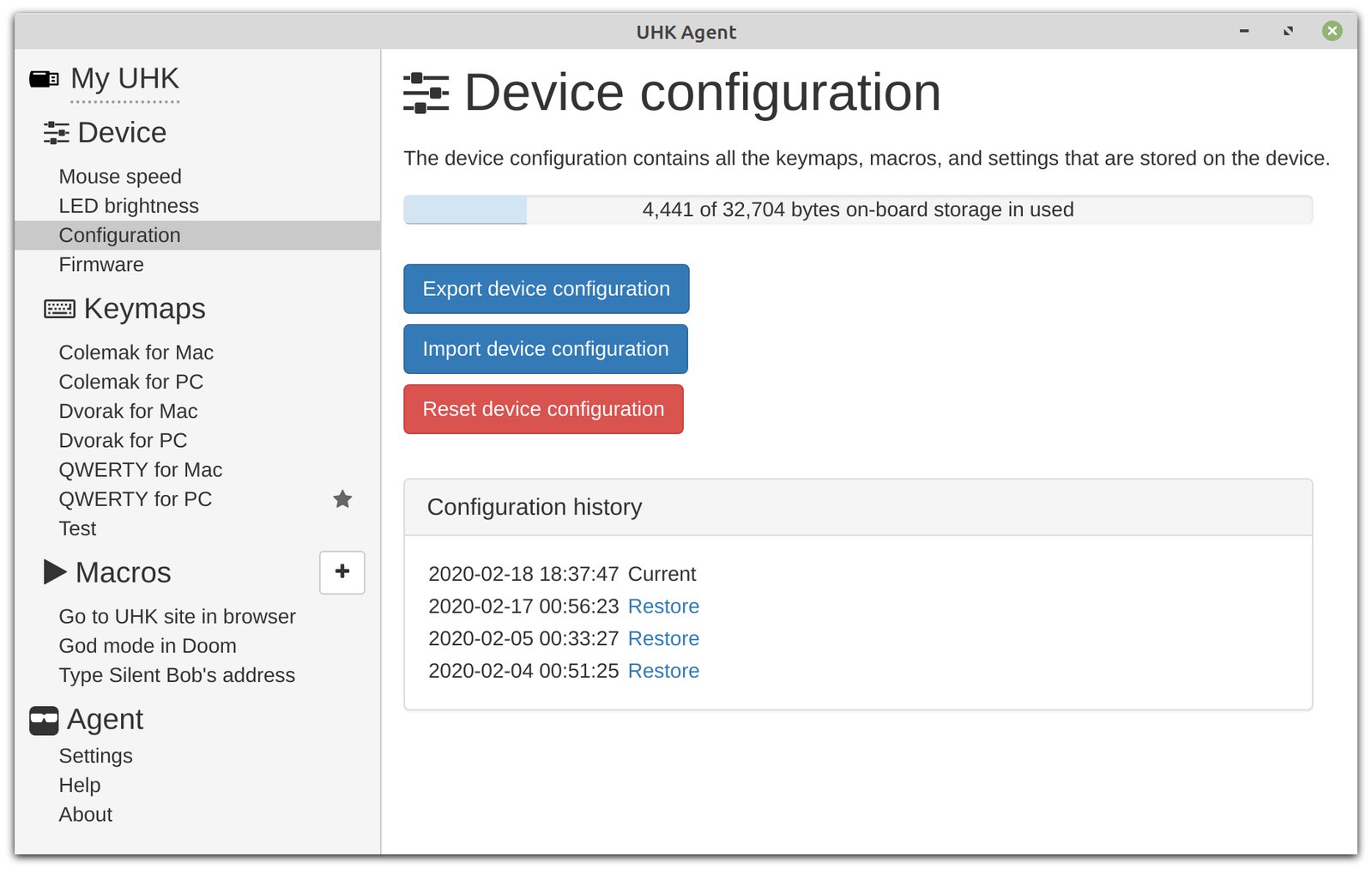 If you take another look at the above picture, you can notice the newly added configuration history section. Every time you save your configuration, a new entry gets created here, and you can restore any previous configuration with a click of a button.

Last, but not least, we’ve fixed a major security bug which affected the Linux versions of Agent. We suggest installing the latest Agent version which will fix the affected udev file upon starting it. Mad props go to Joel Eriksson of ClevCode for spotting this one!

You guys keep sending your awesome tweets, and we’re always eager to read and feature them! If you got your UHK, please share your love! 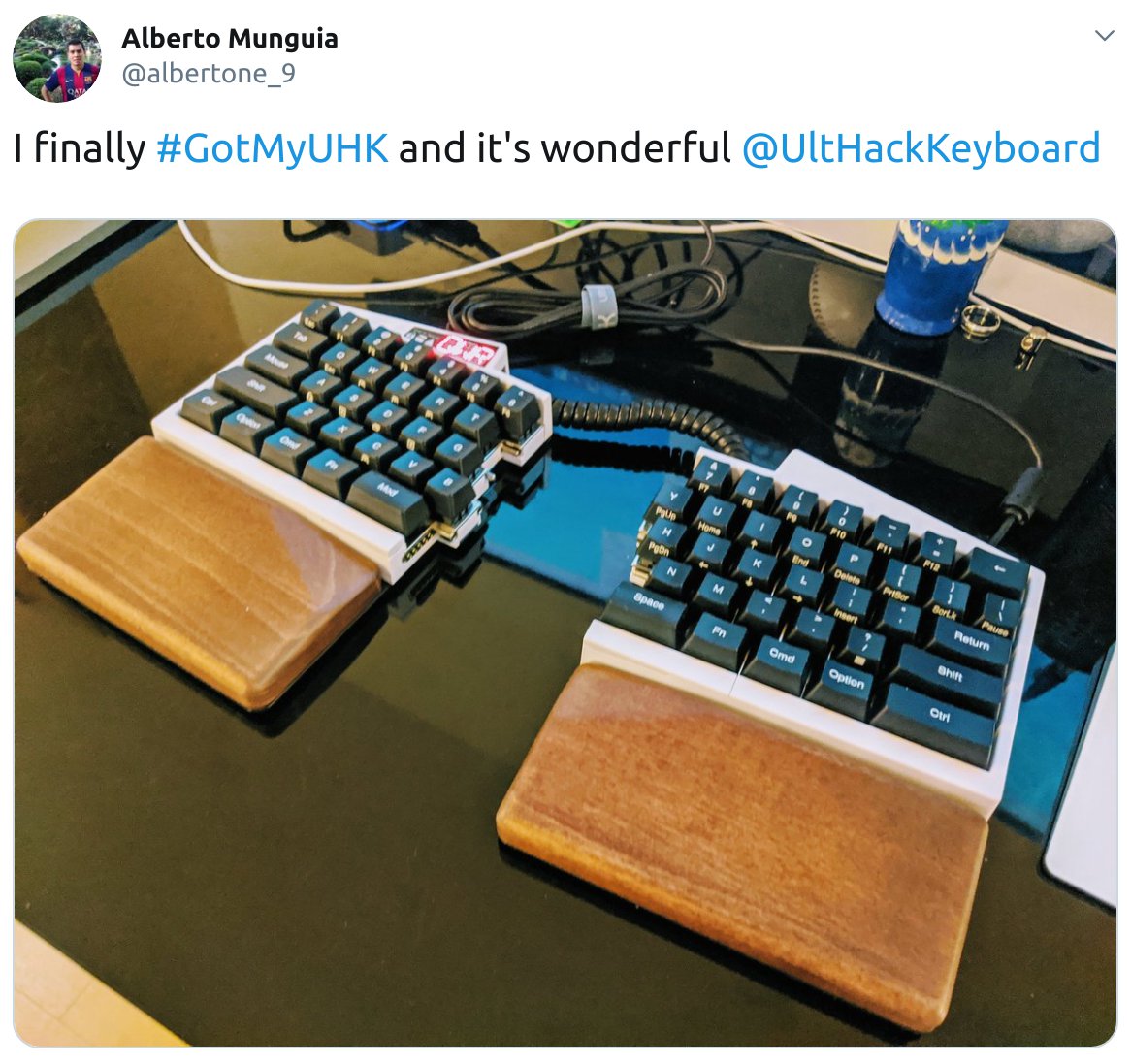 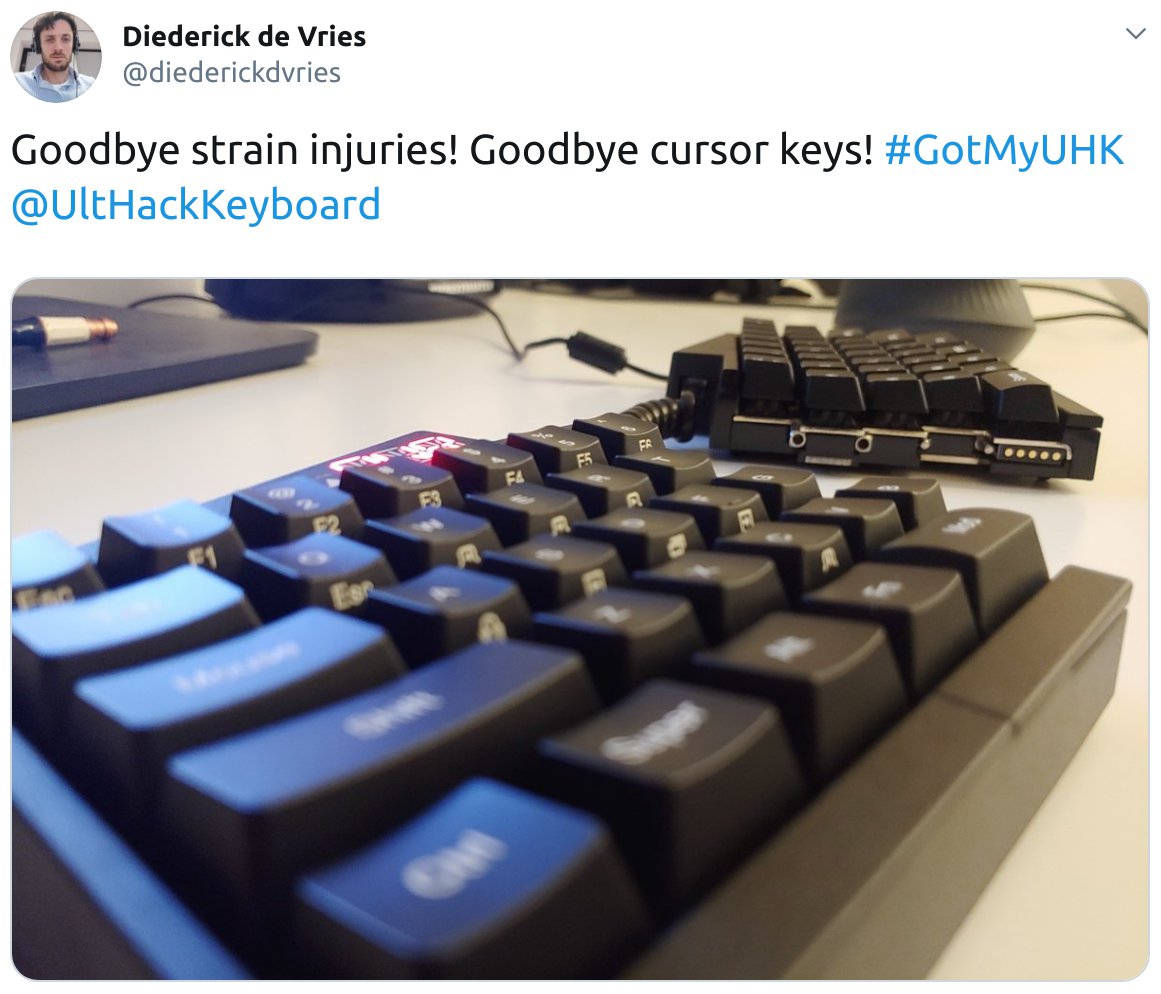 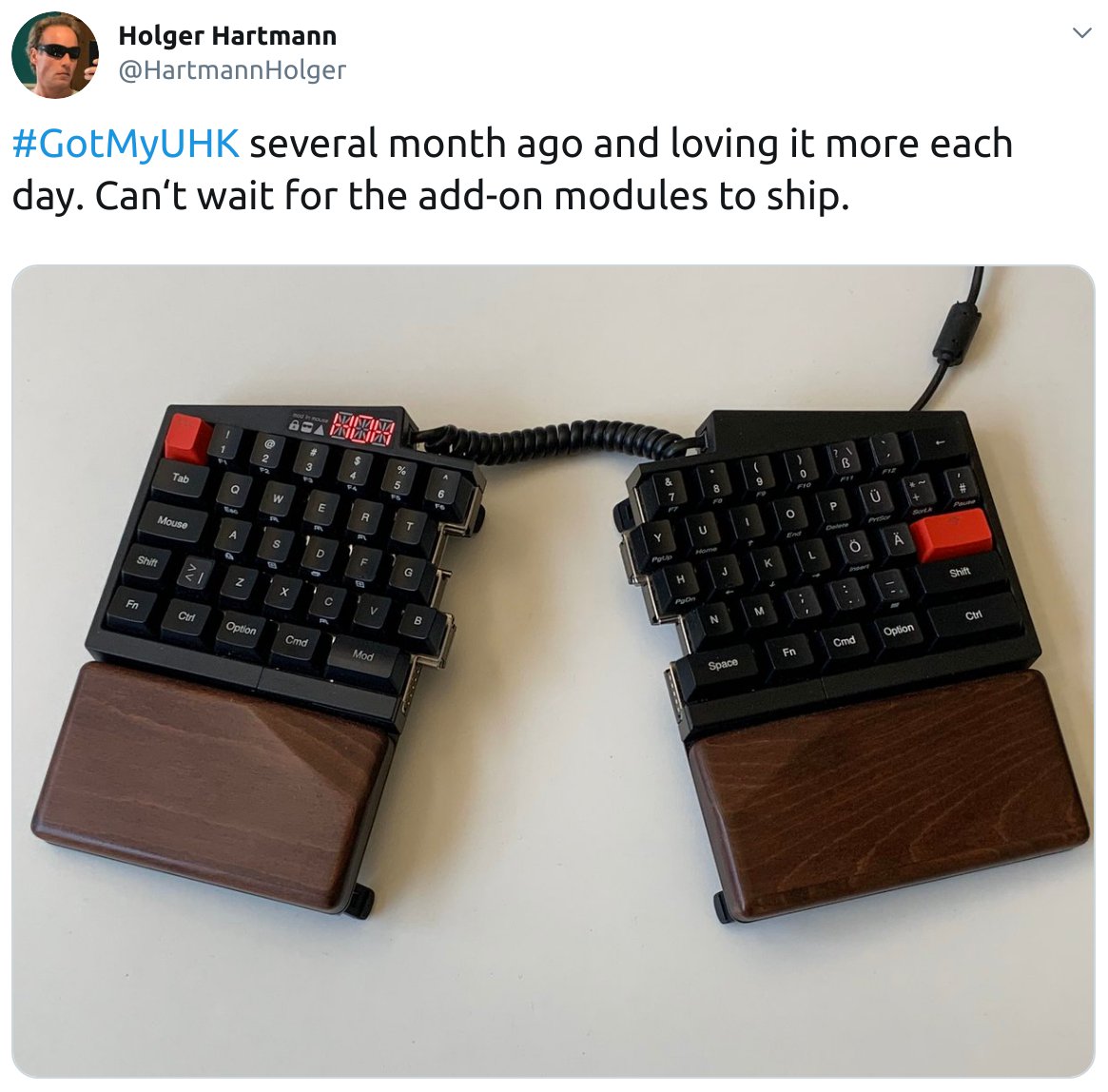 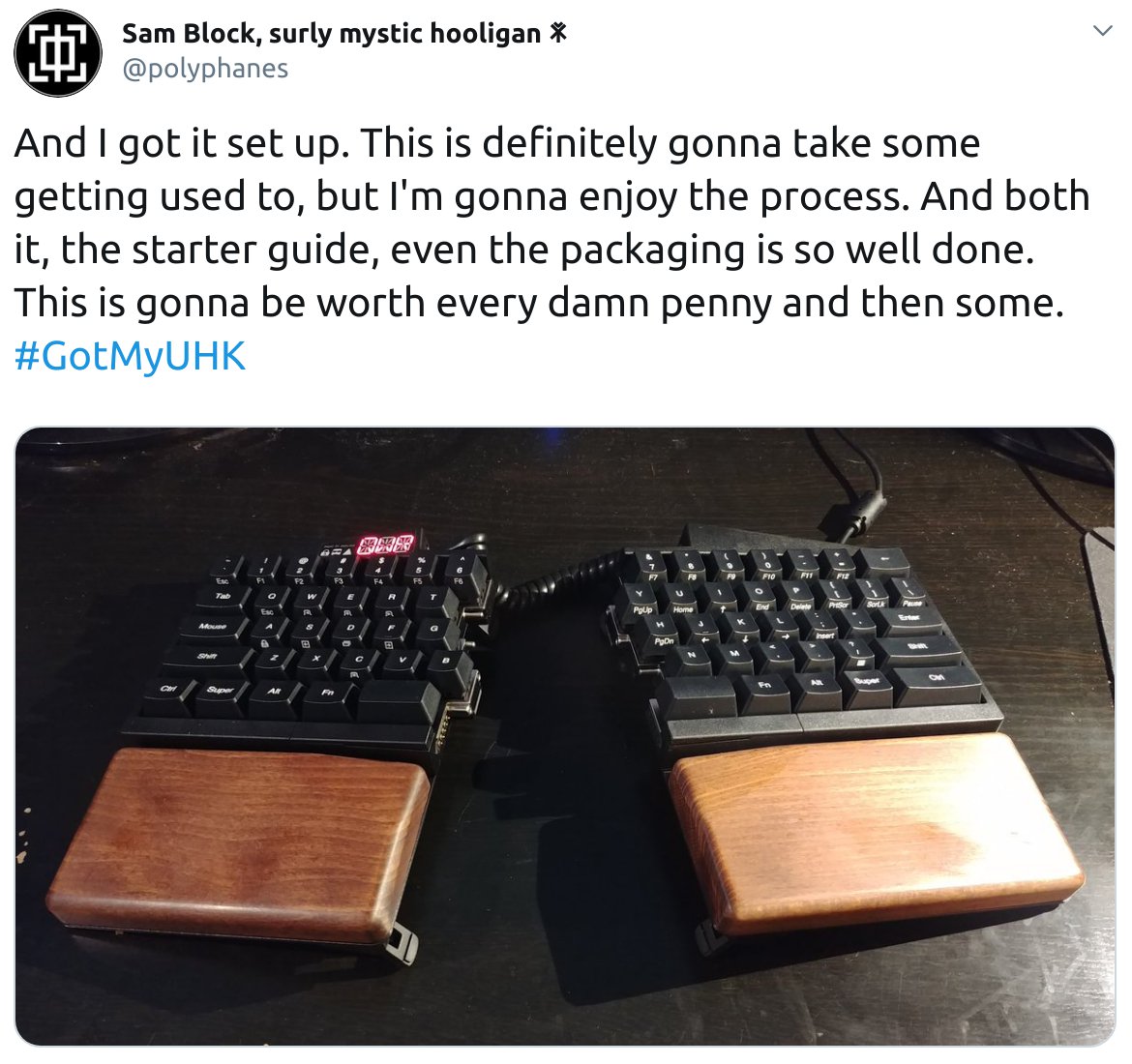 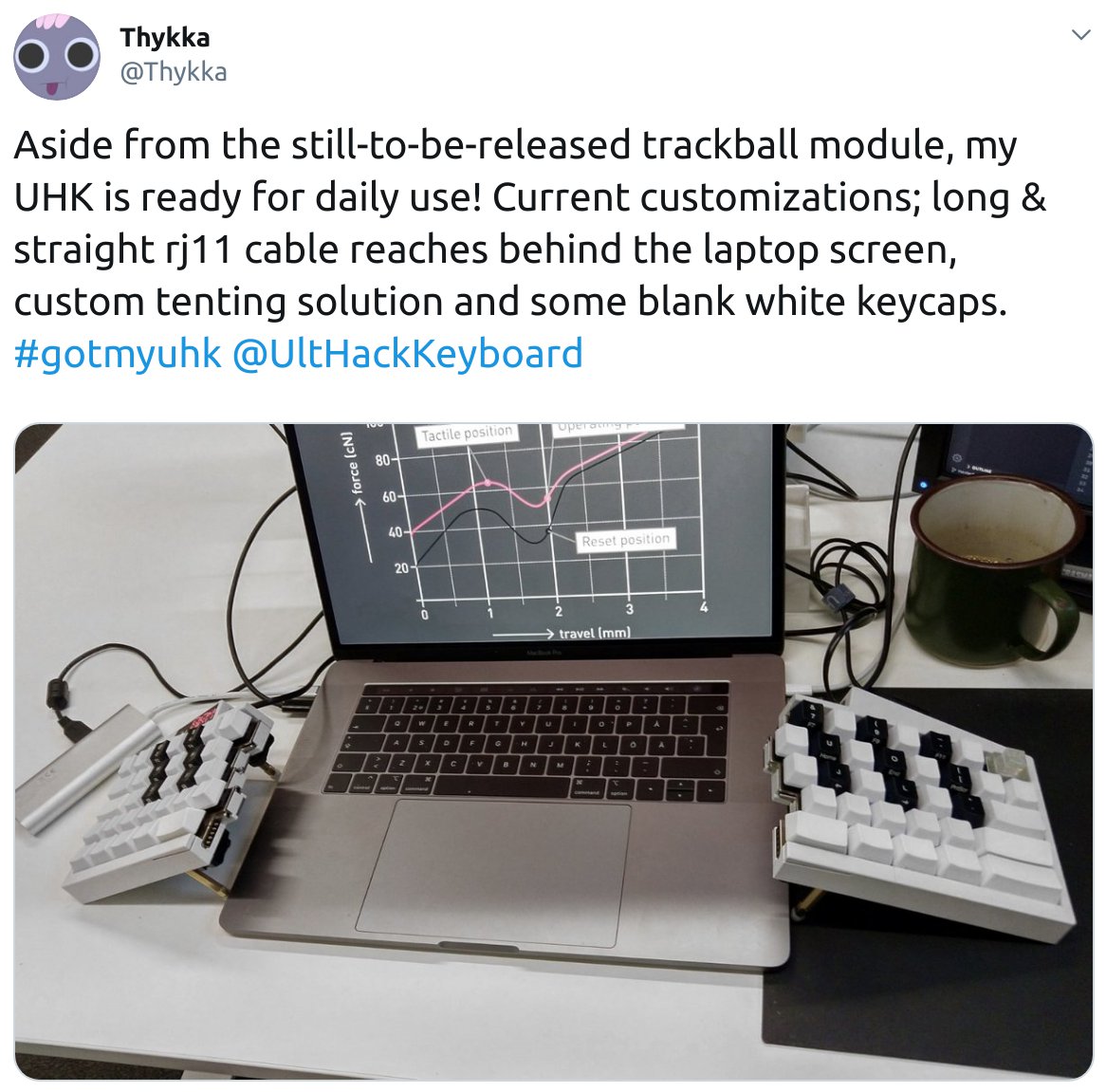 We’ll be keeping you updated on all things UHK, and are looking forward to talking to you on 2020-03-10.