The trackball module is fully functional

Hi there, and welcome to the monthly UHK status update!

TL;DR: The trackball module is now fully functional. Modules will be more portable than expected. Some great UHK reviews have been published.

I really wanted to show up the trackball module in the previous UHK newsletter, but couldn’t because the pointer moved in a very erratic fashion. I’m happy to report that I’ve managed to fix the problem, so here comes the obligatory demo.

We’re very pleased with the usability of both the trackball and key cluster modules. They allow for fine-grained mouse control without leaving the home row, and work just as envisioned. The mini trackball of the key cluster is very handy for scrolling, and the trackball module is a great tool for moving the pointer.

I’ve already started to develop the firmware of the trackpoint module, and the new touchpad PCB has just arrived, ready to be assembled. I’m looking forward to making these modules work, too. We’ll be keeping you updated.

The modules make the UHK less portable in the sense that one can’t just merge the halves and pick them up with one hand, but as it turns out, even with the modules, portability is exceptionally good for a modular keyboard.

Then it also occurred to us that, given that the back of the modules feature magnets and magnet counterparts just as the UHK does, the modules and the UHK can be stuck together. 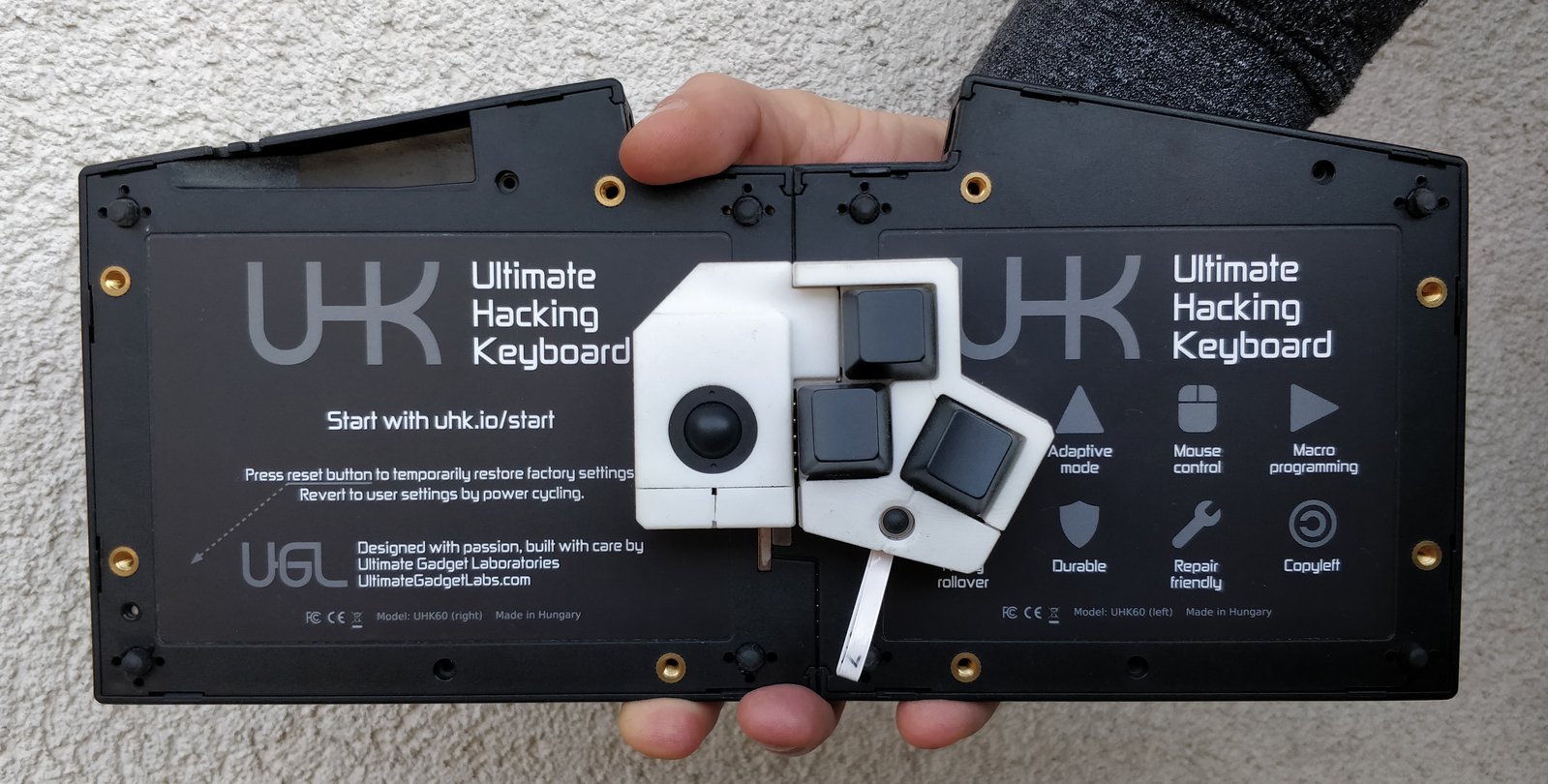 This allows for great portability despite the modular nature of the UHK, and as a bonus, it’s quite a conversation piece.

LearnCode.academy has made an outstanding video review of the UHK, which we were quite flattered by. Will has praised many facets of the UHK, including its build quality, feature set, and ease of configurability.

Another spectacular review has been made by TechPowerUp. This one is extremely in-depth, contains tons of high quality pictures, and doesn’t only explore the outside of the UHK but its inside, too.

You guys keep sending your awesome tweets, and we’re always eager to read and feature them! If you got your UHK, please share your love 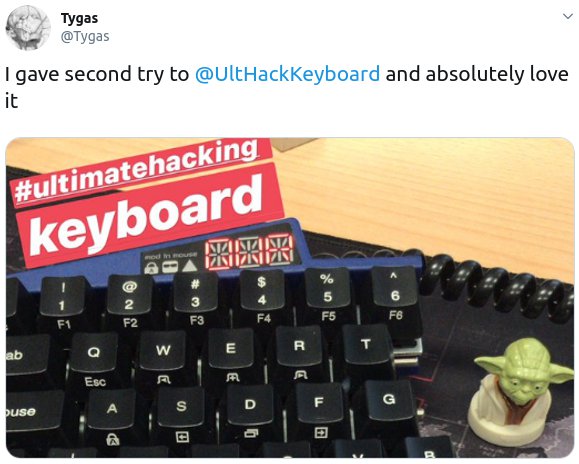 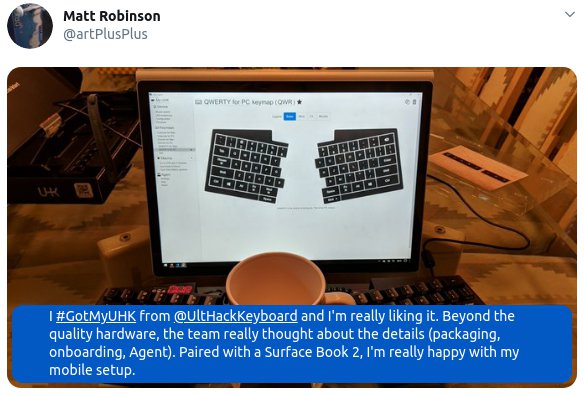 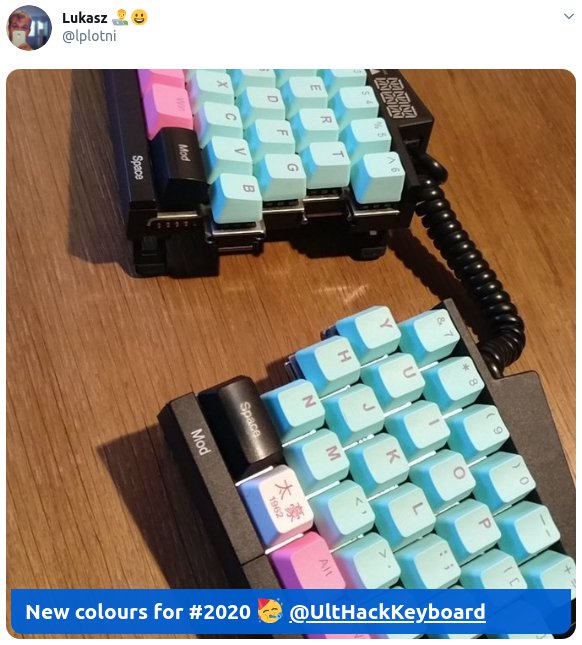 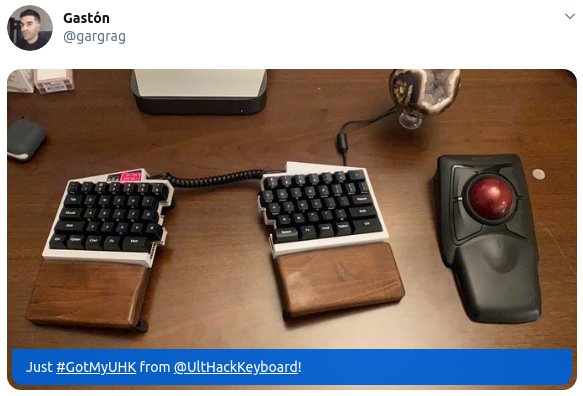 We’ll be keeping you updated on all things UHK, and are looking forward to talking to you on 2020-02-10.