Wow, we passed 1000 TinyPICOs backed in the campaign - That’s beyond amazing! Thank you to everyone who’s supported the campaign so far!

There is now only a week left before the campaign ends, so time is running out to back the TinyPICO and get one from the first production run.

Production is at full capacity and we are on track for on-time delivery, which is a huge relief for us as we still don’t know what our final quantity targets are.

I like piling up panels of TinyPICOs - Here is a stack of 10 panels with 15 boards on each :) 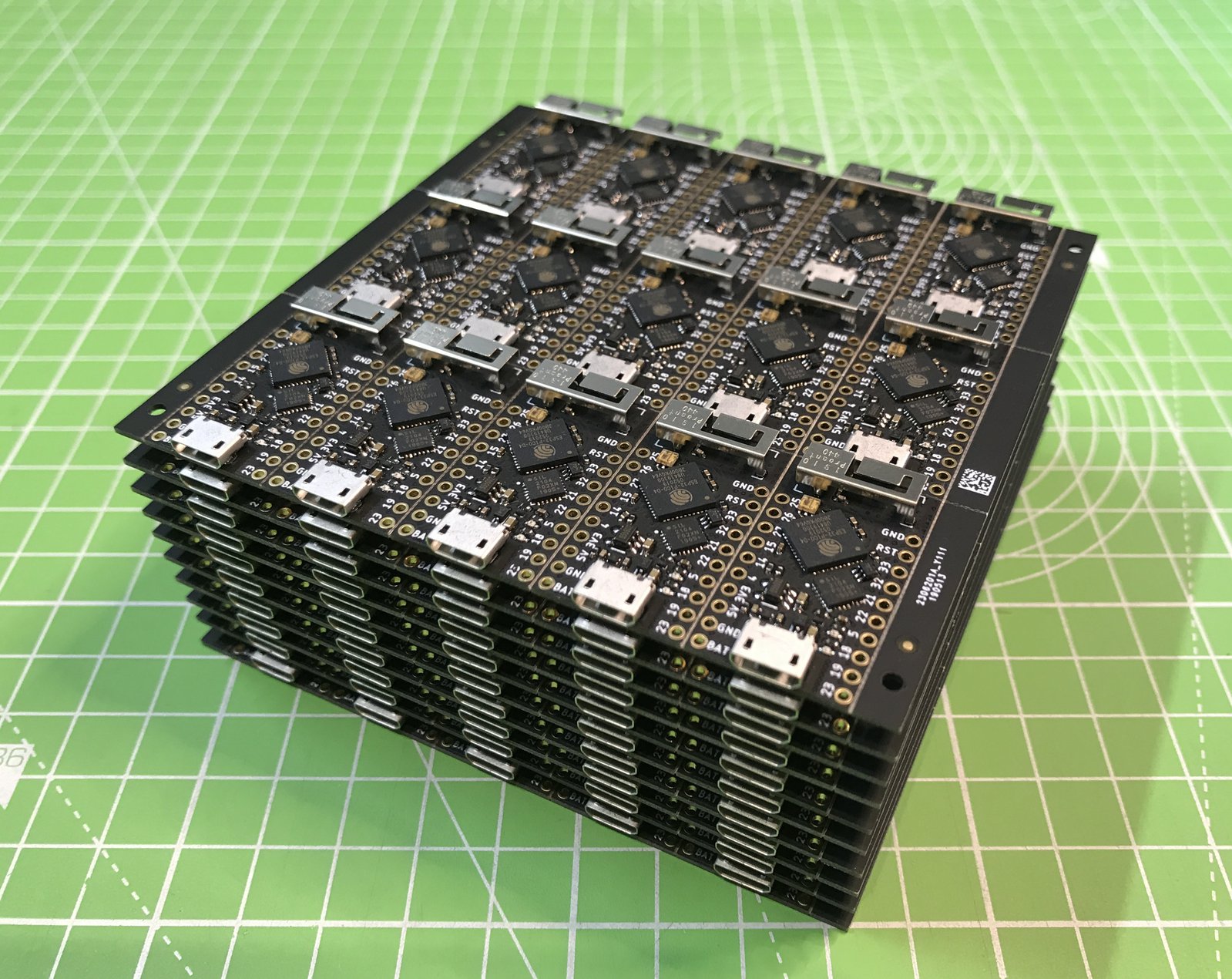 After every TinyPICO comes off the Pick and Place, it’s tested and then put into storage - waiting for it’s PSRAM to be added. 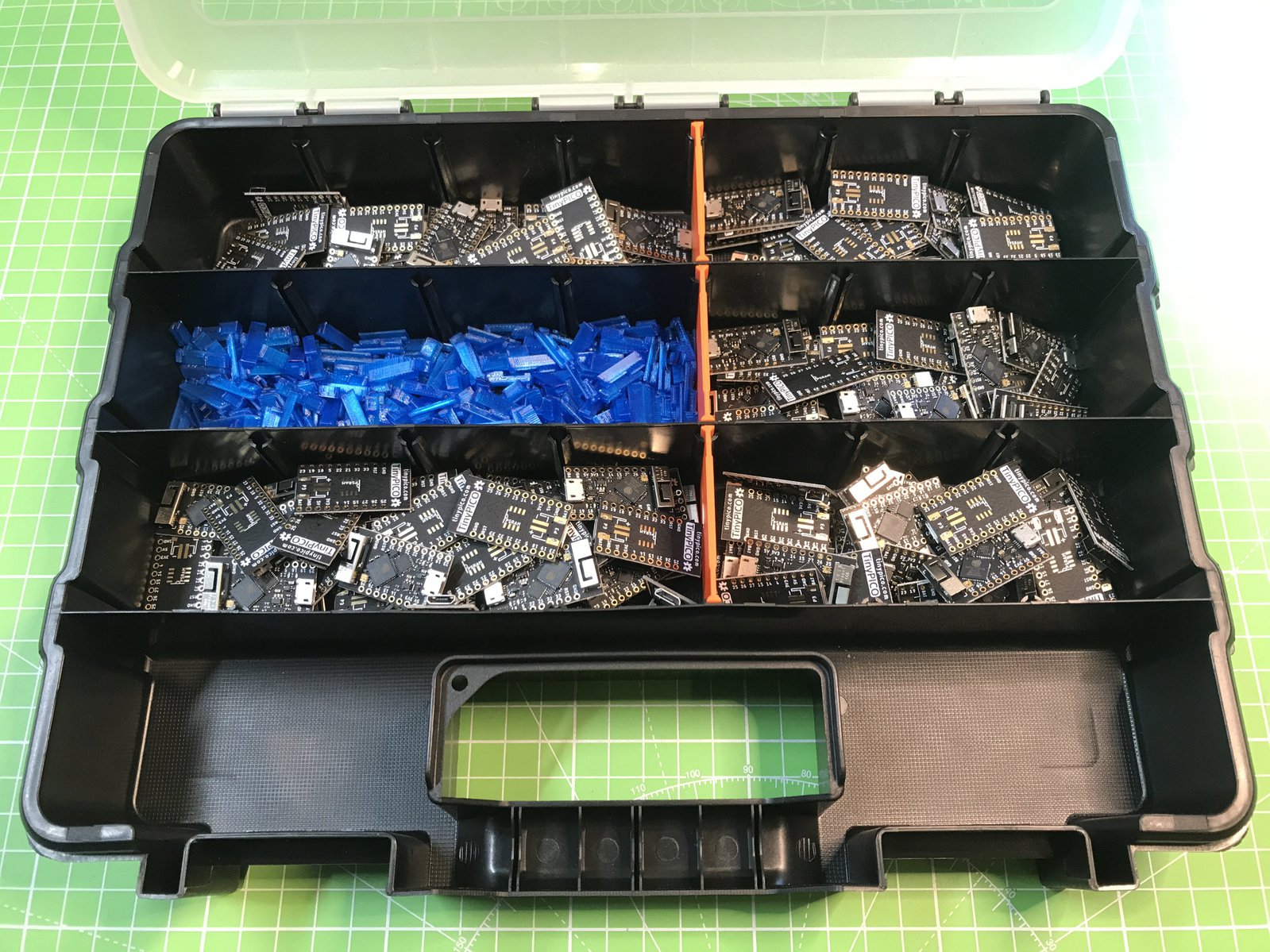 Once the PSRAM is added, it’s tested again and then packed into a bag with all of its accessories. Yuz (Seon’s wife) has been doing an amazing job of packing all of the TinyPICOs and shields - Thanks Yuz!

Another awesome 3rd party add-on board for the TinyPICO

Brian Lough has released his TinyPICO Matrix Shield on Tindie. The board allows you to use your TinyPICO to drive one of the awesome 64x32 RGB LED matrix displays with no wiring needed. Just plug his board into your display and then plug the TinyPICO into it!

Brian already sold out of his first batch of boards and is well into his second batch already, so if you wan’t one, get in before they run out again!

That’s it for now…. We need to get back to production!