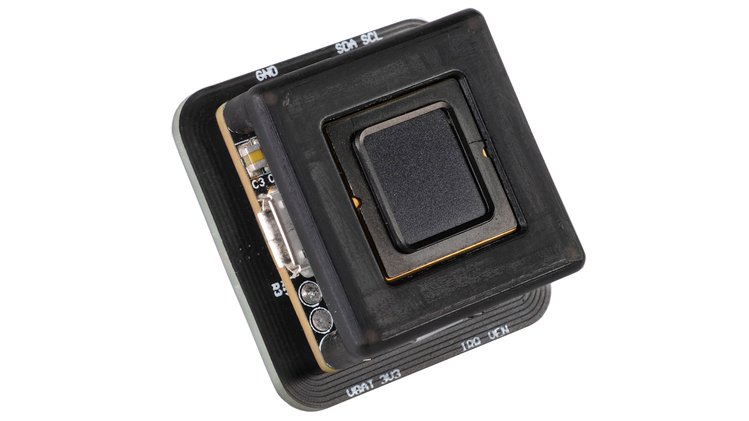 When we first started designing a small, wireless module for universal fingerprinting applications, we did not think to include NFC capability. Our goal was to provide a device with smartphone-level speed, precision, and reliability, as well as capacitive touch support so the ESP32 at its core could be awakened from deep-sleep mode when needed. That gave us a low-power, battery-capable fingerprint module with the ability to communicate over Wi-Fi or BLE.

Then came USB support, which is essential as a way to add fingerprint-based authentication to PCs, including desktop systems without Wi-Fi or Bluetooth hardware. At that point, we realized we were approaching something truly universal, so we decided to go the extra mile and add optional NFC support. (The fact that we’d never seen an NFC controller on an ESP32 board made this an even more interesting challenge.)

And now here we are. Chhavi is an easy-to-use, all-in-one, ESP32-powered module ready for whatever wireless fingerprinting application you might have in mind.

Electronics was just all about engineering at the beginning, but the hacker community turned this industry into an artistic creative fun thing. We, Vicharak, are particularly interested in developing various kinds of hardware which will eventually serve people and hackers. We have already launched our first campaign with Maypole and some more cool projects are in the pipeline too! We want to try every possible electronics segment which can be hackable and make it more easily hackable. Our main goal is to develop simple solutions with major features.