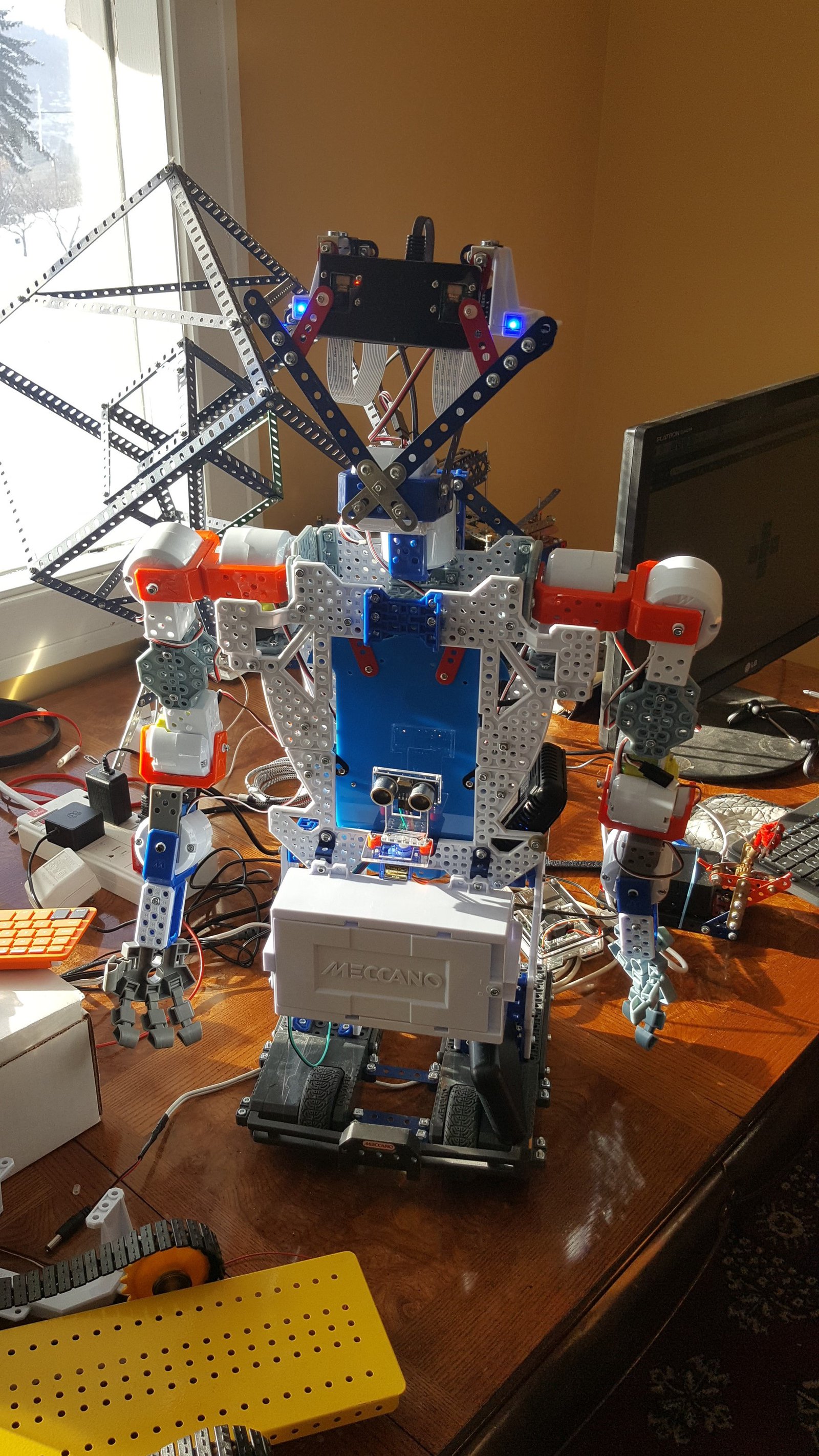 I purchased a StereoPi deluxe kit when it was launched on Crowd Supply in 2019. The StereoPi was the inspiration behind Blinky, a camera case that can walk, talk, and be useful. Blinky was built with the intention of creating a tele-presence droid that can do more than a simple robot. Jump into the droid and do things yourself that a robot can’t: Check on a situation from remote locations, be a part-time companion, or make two and go battle-bot on each other. There are nearly endless possibilities.

Blinky is a droid-in-training made from the servos and structural parts from two Meccano Meccanoid sets: a first generation, orange-toned, four-foot model and a second generation, blue-toned, two-foot tall unit. The four-foot model has a bonus rechargeable battery pack and charger which supplies power to the Arduino Uno in Blinky’s chest. Power for the Raspberry Pi 3 and the StereoPi is supplied by a 20,000 mah battery with two five-volt, 2.4 amp USB ports. 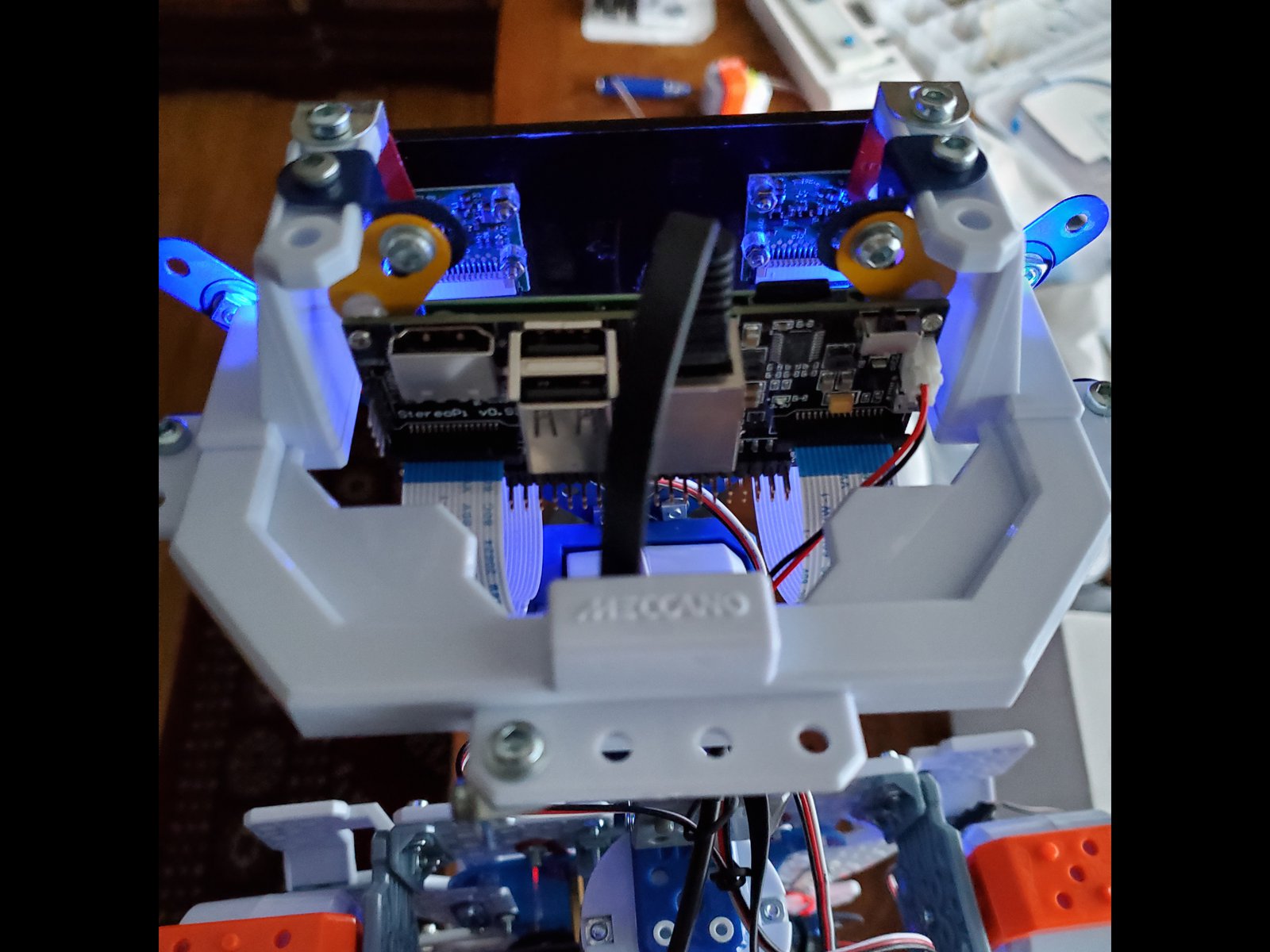 The Uno is mounted along with Raspberry Pi 3 in a Waveshare Alphabot’s chassis. The Alphabot and its accompanying software were used for the wiring and control elements of the project. Having some Meccano parts around to augment the structure was also very handy. The software to make it all work is still a work-in-progress, but it was built on the software techniques developed by Tatyana Volkova. The hardware was implemented by making a wiring harness that is described by, and can be purchased from: https://meccontrol.com/help/software/devices/meccanoidservomotor. Blinky is currently learning to use its arms, look around, and not drive into things. Many connections are available to add numerous sensors and other goodies that can help with all that.

I had started the project after taming the Alphabot and then seeing a deal on a Meccanoid. The StereoPi came out at a very opportune moment to become the basis for the Blinky project. Thank you to the creators of these remarkable tools! 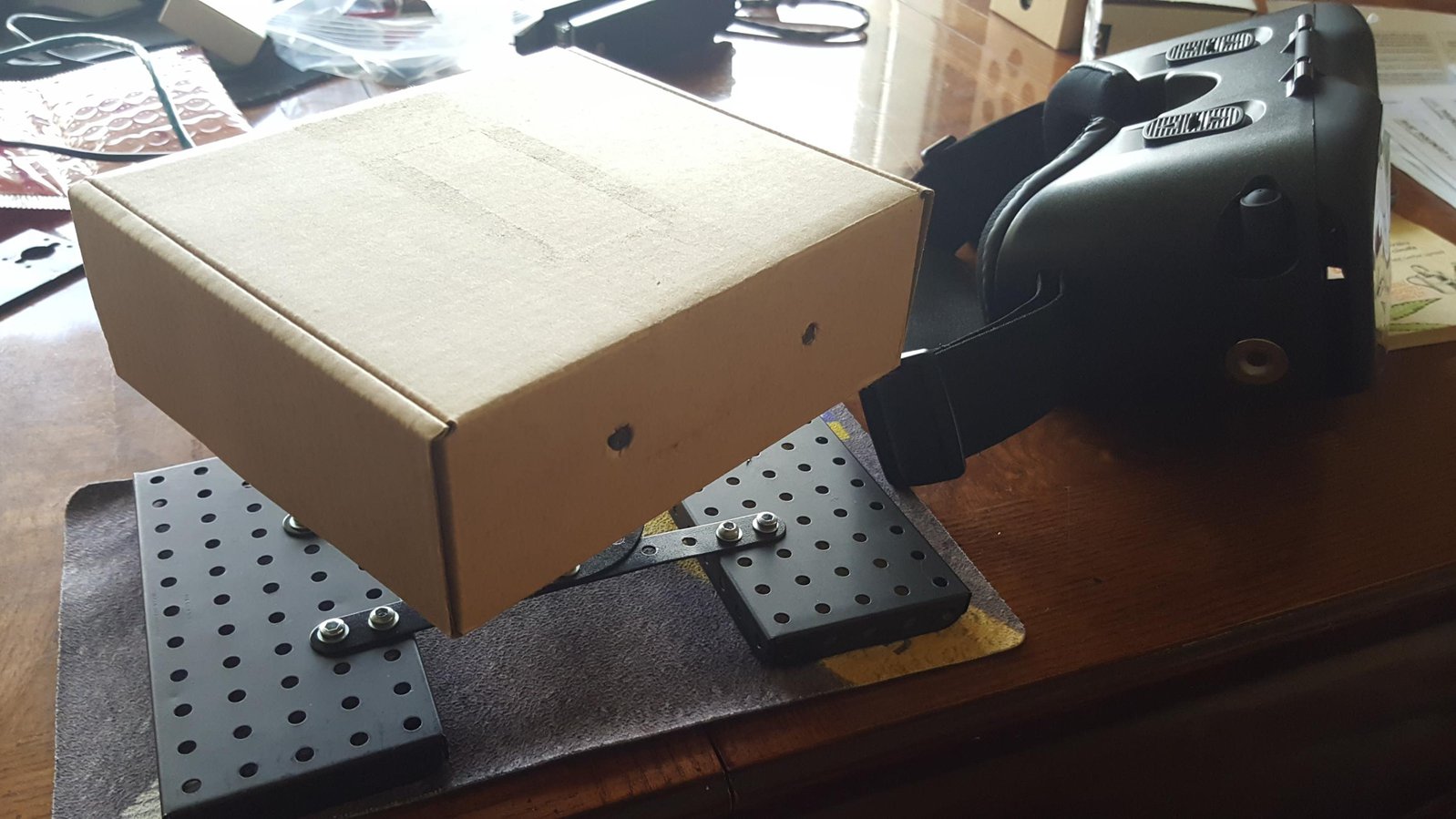 For more information and discussion, visit this topic on the StereoPi forum