Thanks to changes in Crowd Supply polices, we can now ship the Little Bee to countries outside the USA that do not require CE compliance. The exact details have been updated on the main campaign page, but this includes most countries not in the EU.

The Little Bee has gone through a lot of development work, including five revisions, to reach the finalized design that will be produced for the Crowd Supply campaign. Here is a summary of the design choices made and what did (and did not) work. 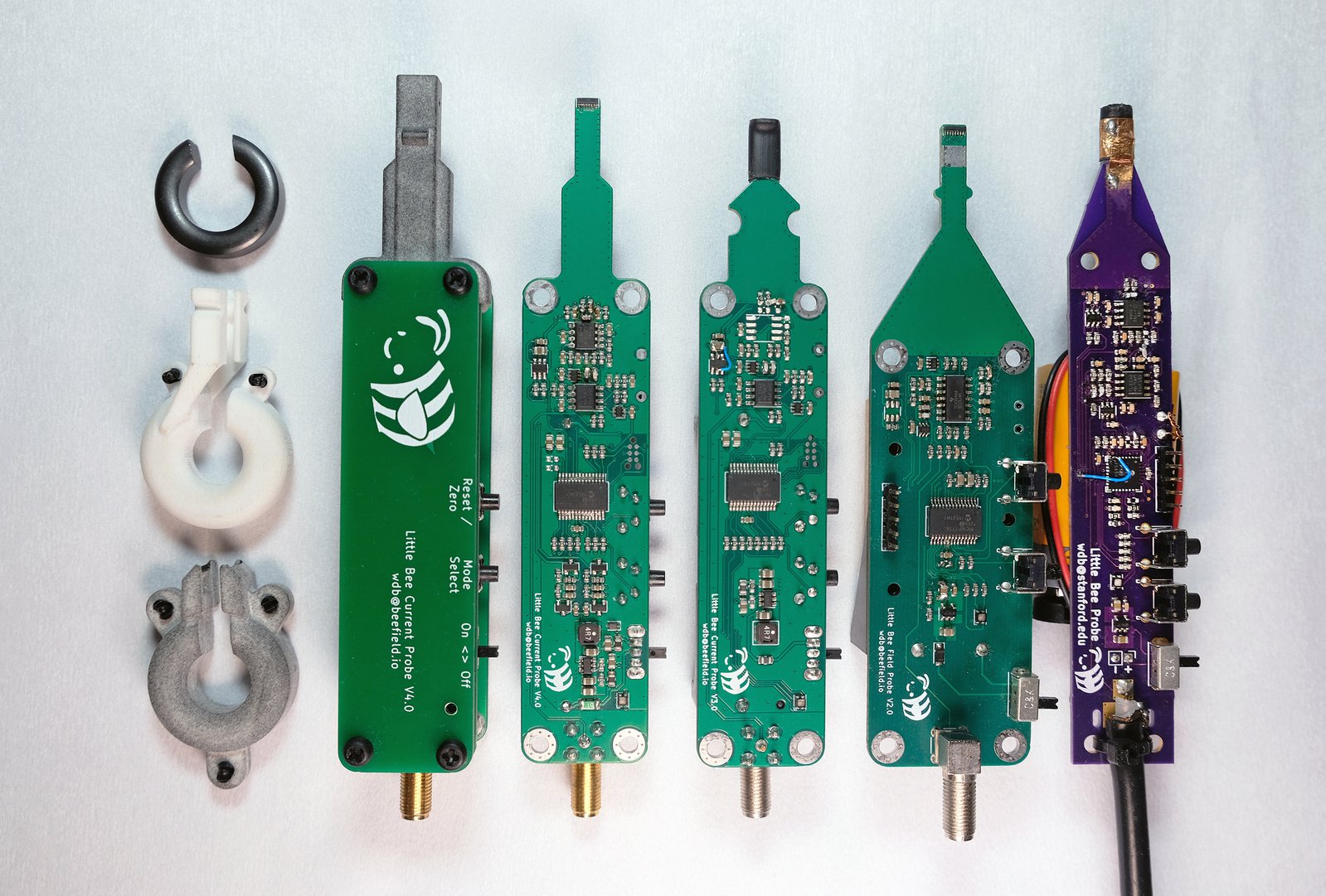 The first version of the Little Bee started out as a personal project during COVID lockdown. I found an interesting magnetic sensor and came up with a quick design to test the feasibility of using it for a magnetic field and current probe.

The electrical design consists of a differential amplifier to amplify the low level signal from the sensor and a PIC microcontroller to automatically zero the offset voltage of the sensor. Very little mechanical thought was put into this version, it was powered by a 9V battery taped to the back and there was no prevision for mechanical attachment to a split ferrite ring for current sensing. The BNC cable for connecting to an oscilloscope was directly soldered to the PCB.

Despite these limitations, the first version worked better than I expected and I got a lot of positive feedback online. This motivated me to start working on turning the Little Bee into something beyond a one-off personal project. 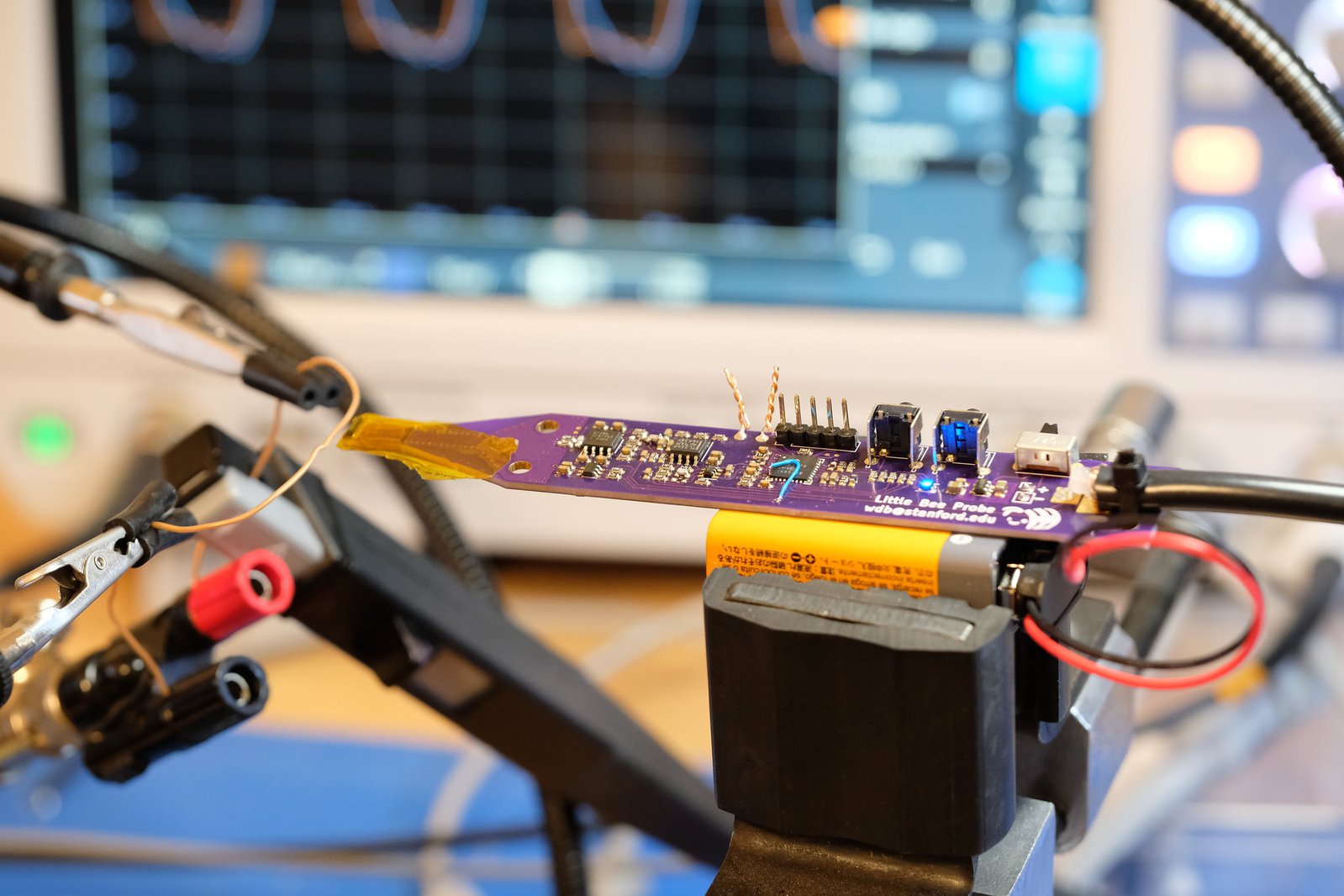 The new amplifier design led to an unacceptable increase in noise while the added covers and 9V battery holder made the probe too bulky, making this revision a bit of a dud. However, it was the first attempt at making a version that would be suitable for others to use. 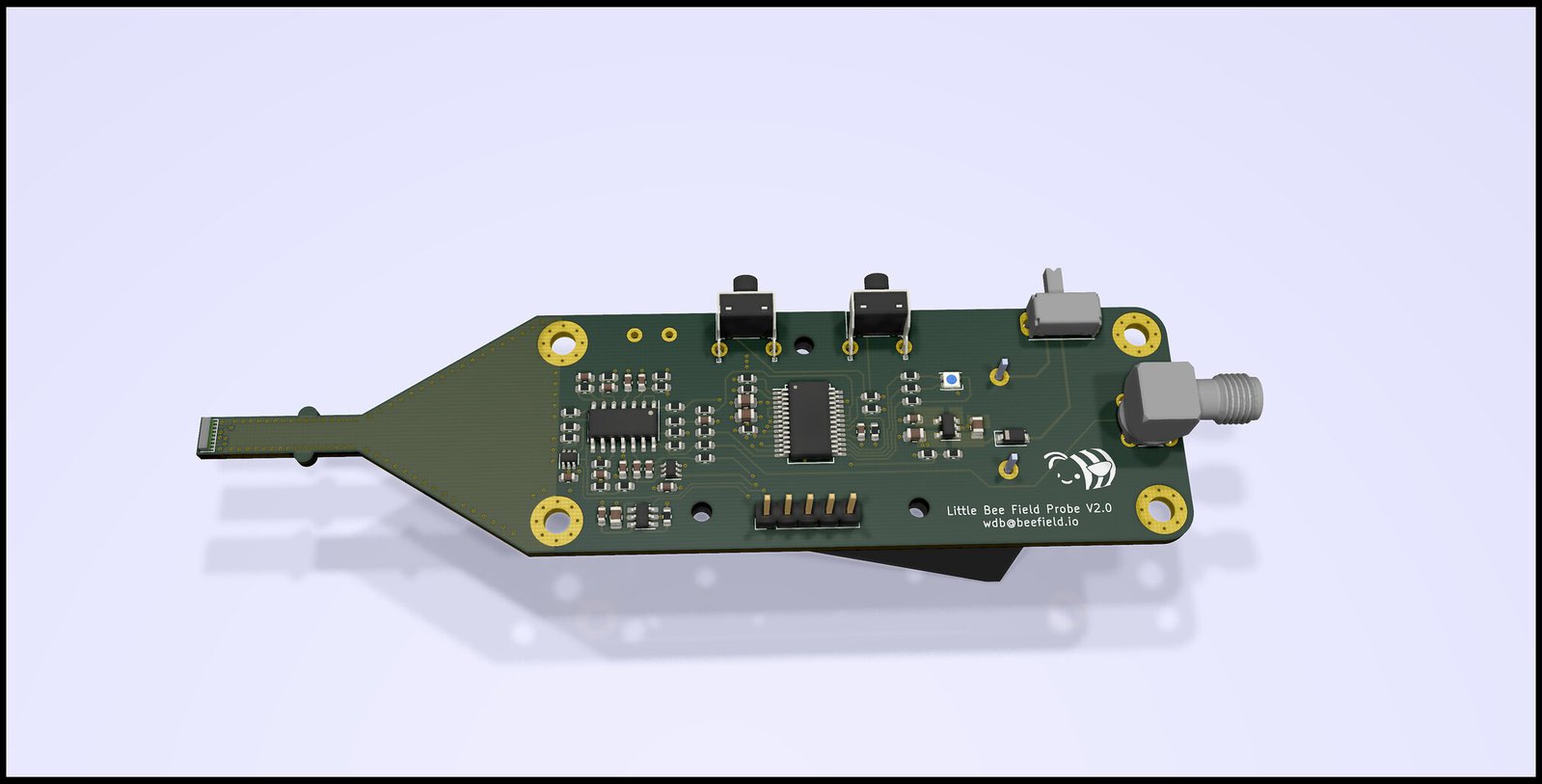 The third version is when the design started to resemble what is on the Crowd Supply campaign page. This design switched back to the dedicated differential amplifier and added a boost converter to allow the probe to be powered off a single AA battery. Compared to the linear regulator used in previous versions, the boost converter increases BOM cost and can introduce electrical noise if not carefully designed. However, the change was needed to reduce the size of the probe. 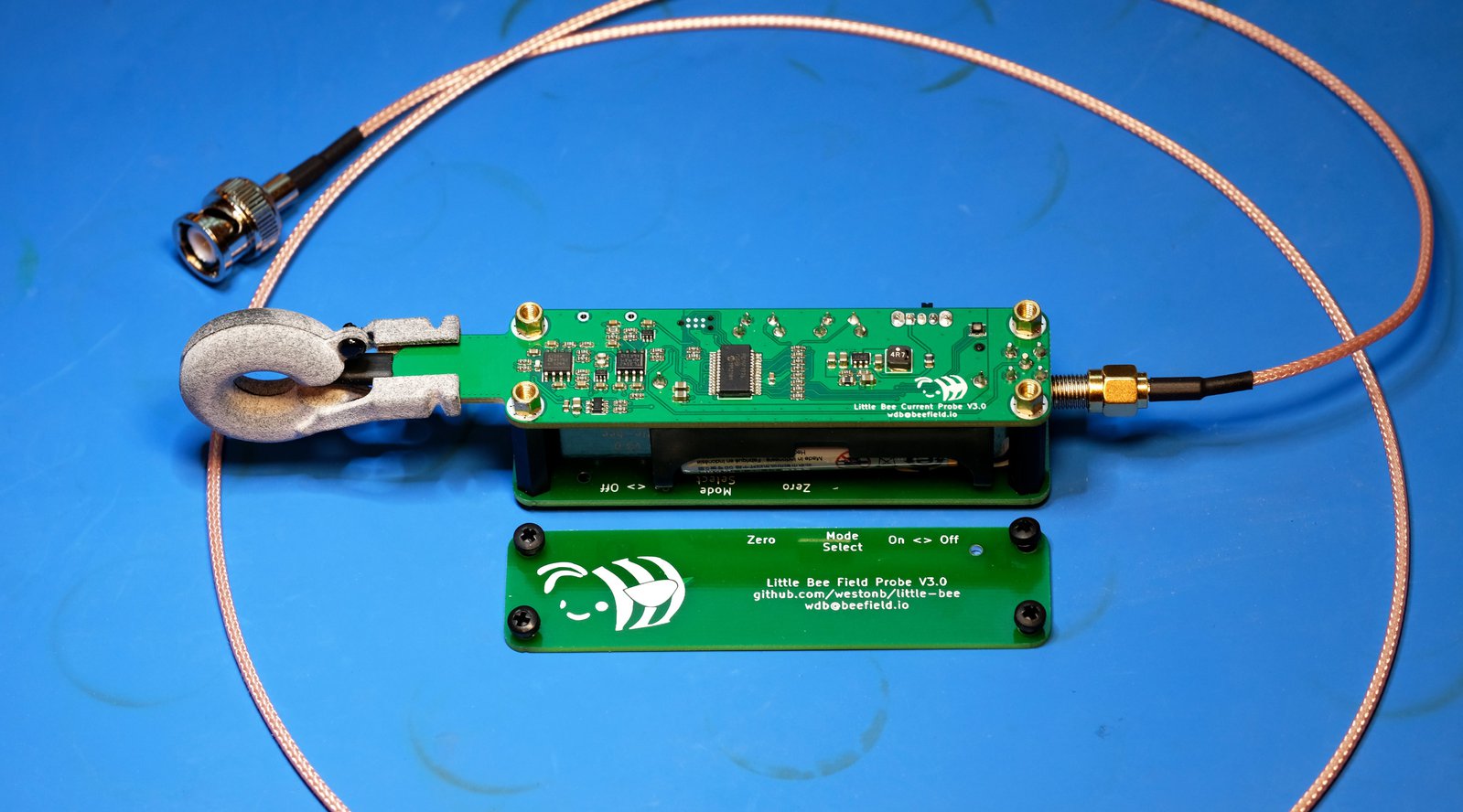 The V4 revision added circuity to the boost converter to generate a higher voltage for the magnetic sensor. This increases the sensor output, reducing noise and the susceptibility to external interference. This version was also the first to have the 3d printed tip cover, which is used in the final revision with some minor tweaks. The V4 revision is what is shown on the Crowd Supply campaign page for the Little Bee.

The V5 revision addressed some electrical noise issues introduced by the circuitry added in V4. This version also has some minor mechanical changes: the standoff holes were slightly moved and a lower height battery holder was found. The PCB thickness was reduced from 1.6mm to 1mm to allow for a reduction in size of the tip cover. A trimmer resistor was also added to allow the gain of the probe to be trimmed to achieve a consistent volts/amp output despite variation between sensors.

With some minor changes, the V5 revision will be the basis for the units we’ll produce for the Crowd Supply campaign.

Little Bee is part of Microchip Get Launched!