PCBs Have Been Delivered & Manufacturing Continues

In this update I have some good news about the production progress of Little Bee and some interesting details to share about the manufacturing of the current sensing attachment.

PCBs Have Been Delivered

All of the mechanical parts for the Little Bee have been delivered in the past few weeks and the first 50 of the assembled production PCBs were delivered to me this weekend. This means I have everything on hand to start assembling the production units.

Bring-up of the new PCBs is complete and the final units meet all of the bandwidth and noise specifications listed on the campaign page. A mistake in the PCBs requiring rework was the last possible major delay and I am extremely happy to have now passed that point in the project. Below is a photo of the production PCB and the first fully assembled production Little Bee unit. You can see that I had the production 3d printed parts dyed black, which should wear better and has a more professional appearance. 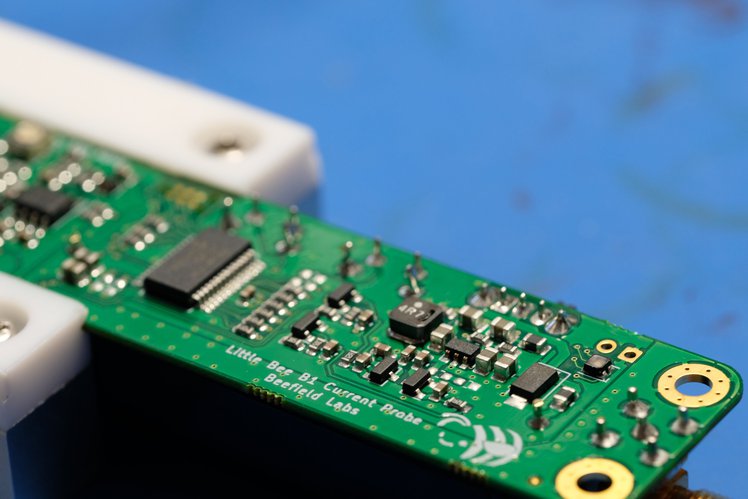 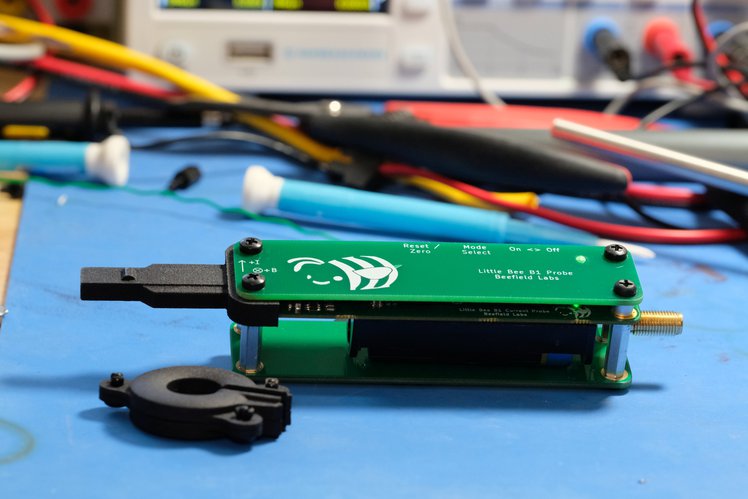 The PCBs should have arrived a few weeks ago but were delayed in production at Macrofab. Having the first 50 PCBs shipped to me separately allowed bring-up to occur sooner and the remaining PCBs are going through QA and should be delivered to me soon. The project is still on track to meet the July 1st ship date.

The current sensing attachment relies on a ferrite core with an air gap to expose the sensor to a magnetic field that is proportional to the current flowing through a wire passed through the core. Small scale manufacturing is always a challenge but custom ferrite cores are a particularly hard item to get manufactured due to high NRE costs and minimum orders. In the production planning stages I had identified a supplier who could cut the air gap in an off the shelf part. However, due to a change in the size of the air gap they would have needed to order expensive custom tooling and it ended up making more sense to cut the cores myself.

Ferrite is a relatively fragile ceramic material, but I was able to find a small chop-saw that could be equipped with a diamond blade that can cut ceramic materials with ease. After some creative mounting, a cross vice, and some 3d printing parts, I had a setup that could cut the gap with +/-2.5% precision, which is better than the commercial quotes I received. With this setup I was able to cut all 200 cores within a few hours. Manufacturing at a small scale is possible, it just requires some creativity! 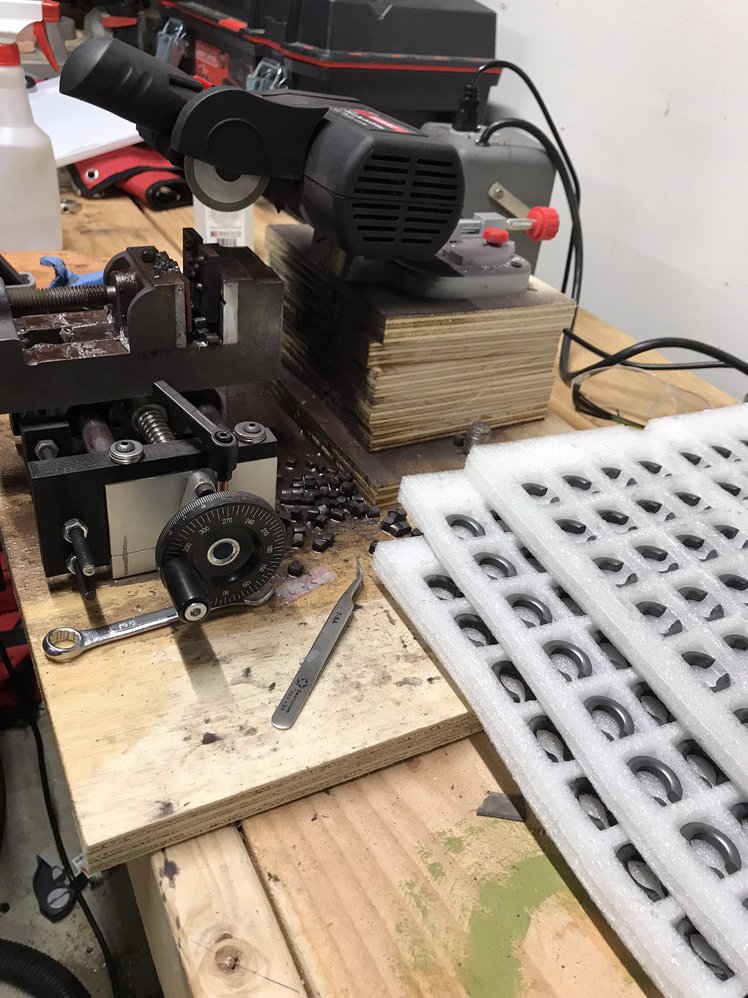 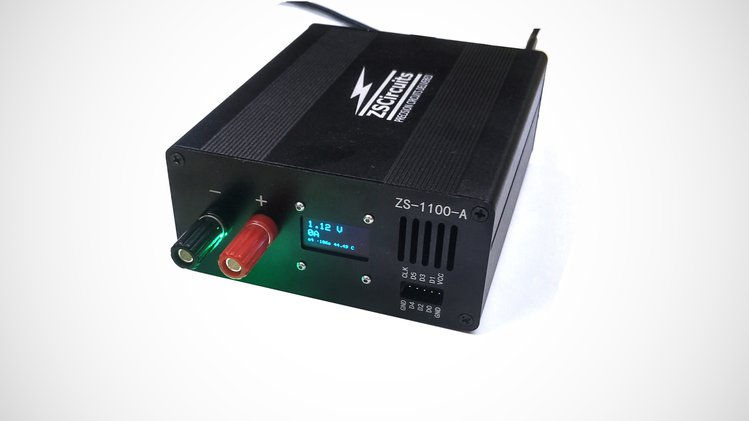