Over the past month, I managed to source the HMC1041Z sensors I needed from NAC Semi, which allowed me to place a PCBA order with MacroFab. They ordered all of the other parts for assembly and are currently manufacturing Little Bee PCBs. Component shortages are a global issue right now, but the only out-of-stock part in the Little Bee BOM was a dual MOSFET for which I was able to find a substitute part.

To make up for some of these delays, I paid for a faster assembly than originally planed. As a result, I should be receiving assembled boards on May 25th, which means that production Little Bees should begin shipping to backers well in advance of the revised July 1st delivery date.

Because the HMC1041Z sensors were acquired from a non-authorized distributor that had a partial reel, I checked the first and last parts on the section of tape I ordered before shipping the remaining sensors to MacroFab. I soldered the sensors to a pre-production Little Bee unit and captured bode plots of the frequency response. One such plot is shown below. In it, you can see that the -3 dB bandwidth is well in excess of the formal 10 MHz specification for Little Bee. The two sensors had very similar frequency response and should be representative of the whole batch of sensors. 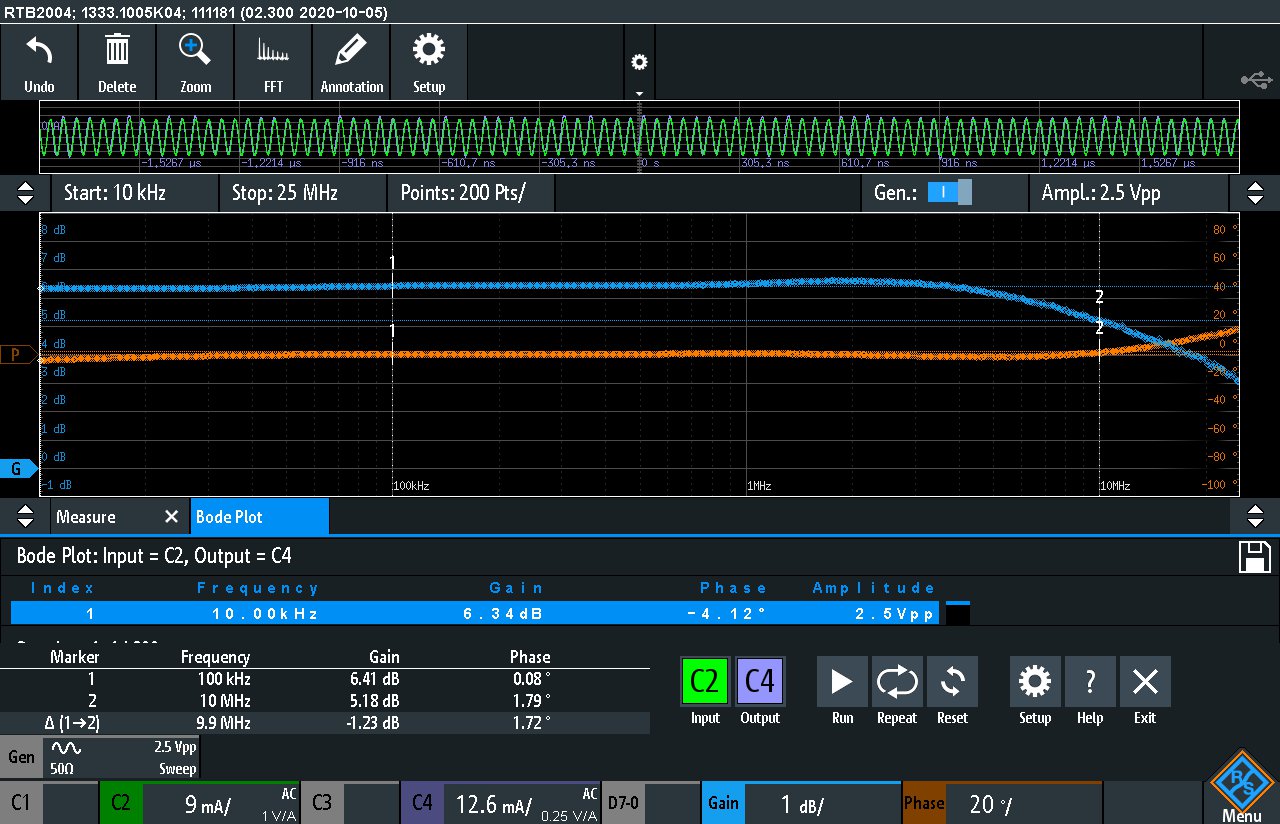 Little Bee is part of Microchip Get Launched!