All Early Bird orders have shipped out and the LitePlacer is almost ready to place its first components. Also a new version of the driver was released - plus an even newer beta-version including libinfnoise - a C library for easy integration of the Infinite Noise in your applications.

The serial registration is also functional now. You can verify and register up to three devices at once - even anonymously.

If your order has not yet shipped, please remember to keep your shipping address updated through your Crowd Supply account. You can also check your account for order details and updates.

The LitePlacer kit arrived on time and the mechanical assembly is done: 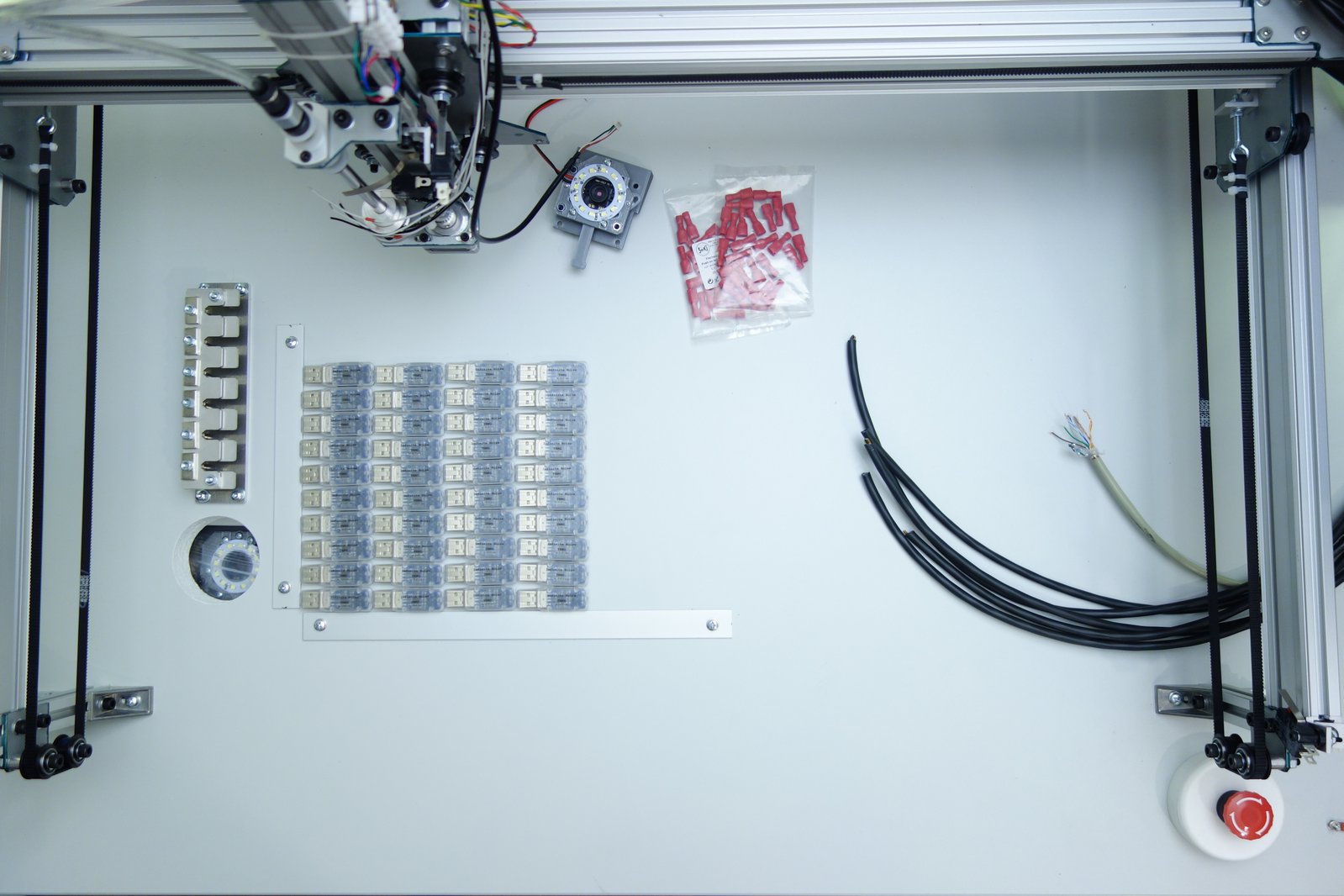 Some missing cables and cable-shoes arrived today, so now I can finish wiring and go over to the last and most important step: setup and calibration, which will probably take a while.

While producing the 65 early bird editions, I gained a lot of experience with manual placement - and only one of the last 40 units needed manual repair after reflow soldering, so in the worst case I could still build the rest by hand.

But with the current progress on the Liteplacer build I’m very confident that the next shipments will start in June as planned.

Release of version 0.2.6 is out! As the next release is going to introduce some bigger changes, this was the last release within 0.2.

Inspired by a feature request on Github I’ve started stripping out a libinfnoise to make integration in custom applications easier. A first (working) prototype can be found in a current branch, but some work is still todo. Please give some feedback so we can release this soon as first version of a 0.3.x tree.

I initially planned to do a rewrite of the driver in python, but having a C library is much more sustainable as we could then just build some wrappers for any high-level language.

To answer some questions not answered in the campaign, user manual or on Github, I’ve started explaining some things on a FAQ page.

Feedback is again highly appreciated. You can use the comment function on my site or drop me an email.

As all packages are signed, its very important to build them in a trusted environment (currently: at home). Unfortunately this makes the actual process of building the packages not as transparent as I’d like it to be.

I thought about using Travis CI, but the way they handle private keys seems not secure enough for this purpose.

With version 0.2.6, I’ve removed the BUILD_DATE from the --version output (which I also added earlier..) so you could recompile it from the same commit (shown with --version and will receive an identical binary (using libftdi 0.20-4). So you can easily verify that I don’t do anything "special" during that build-process.

When you do so, please share the results to make the releases more trustworthy.

Anyway, if you have an idea how to make the build process itself secure while being fully transparent, please share your thoughts.