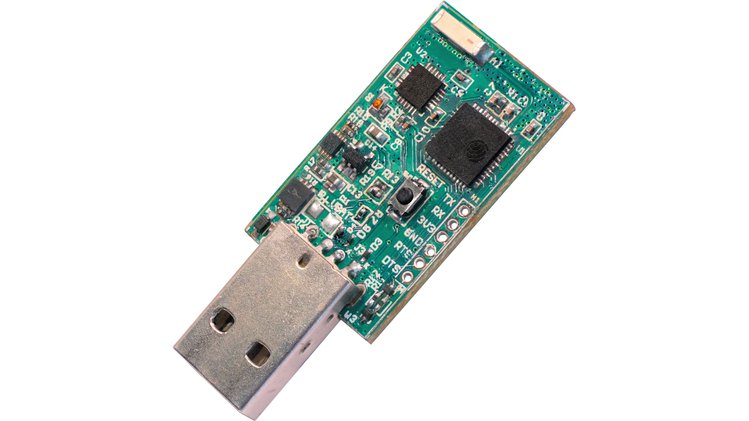 Maypole looks (and even behaves) like a USB flash memory stick. But it has a secret. Thanks to the ESP32 at its heart, it also lets you to transfer files— over a 2.4 GHz Wi-Fi connection—to and from an on-board MicroSD card with room for up to 32 GB of data. Which means, of course, that it’s not just you who can transfer files this way. Configured appropriately, Maypole turns any USB port into hub for wireless collaboration.

Maypole solves a number of problems right out of the box. Thanks to its built-in LiPo battery, you can use it to back up your data without even plugging it in. Or you can load it up with files through the USB interface and distribute those files to others, in a small group setting, without the malware risks that come from "passing it around."

But Maypole really shines when it’s plugged into other devices…

Bringing the Internet to the Things

Maypole is smart enough to know when it’s being sent new data, which allows it to disconnect from anything that might be using it as a mass storage device before updating the set of files that it makes available over USB. It can then re-connect automatically. Suppose, for example, you have a printer with the ability to read files from a USB flash drive. By plugging Maypole into that USB port, you can allow anyone on the local network to send print jobs.

And it’s not just printers. Whether you’re in an industrial setting, a workshop, a lab, a makerspace, or your own living room, there’s a good chance you’re sharing the room with something that accept input files through a USB port. Examples include sewing machines, CNC routers, laser cutters, car stereos, digital picture frames, laboratory equipment, video projectors, bench-top tools, and countless other devices.

Pulling Down the Data

Maypole works in the other direction as well. Suppose you’re installing a security camera in your office. While it’s easy enough, these days, to find a camera that stores video in the cloud, what if you want a little more control over such potentially sensitive data? You could buy a camera that records to an external USB device, but you’re still going to want that video stored "off site" (to ensure that it doesn’t disappear in the event of a break-in). Which is where Maypole comes in. Log footage directly to Maypole, then copy it down and delete it from anywhere within Wi-Fi range. Or configure port-forwarding on the local router, implement acccess controls or password protection, and manage your footage from anywhere with an Internet connection.

Between its open hardware design and the open source software that drives it, Maypole gives you the freedom to tinker. Using C/C++, MicroPython, or Lua—and a variety of cross-platform IDEs, including Arduino, VScode, PlatformIO, and Eclipse—you can customize its behavior, add functionality, or extend the platform.

You might want to add support for Bluetooth headphones and speakers, for example, to make a portable music player or a collaborative jukebox. Or you could add a feature that allows several Maypoles to synchronize the contents of their MicroSD cards with one another. Or perhaps you want to transfer files to and from Maypole over Bluetooth instead of Wi-Fi. Think it would be more useful if it fit inside a Compact Flash slot rather than plugging into a USB port? Tweak the hardware and plug it into your camera!

During the campaign, we will finalize and publish sample code and documentation that will walk you through the complete functionality of Maypole. Our goal is to ensure that anyone who wants to can not only use it, but can build upon it as well. And, of course, the ESP32 module itself is well-document by Espressif. 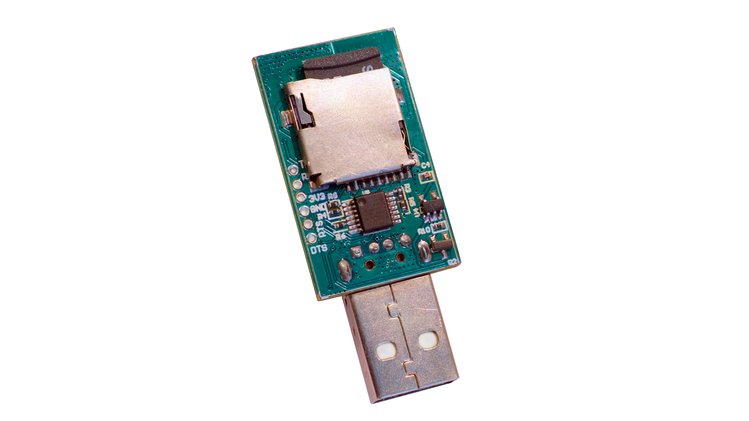 A USB hub with per-port power and data disconnects + dev board + I2C, GPIO, and SPI bridges