Classic NES games on open source hardware that fits in the palm of your hand. 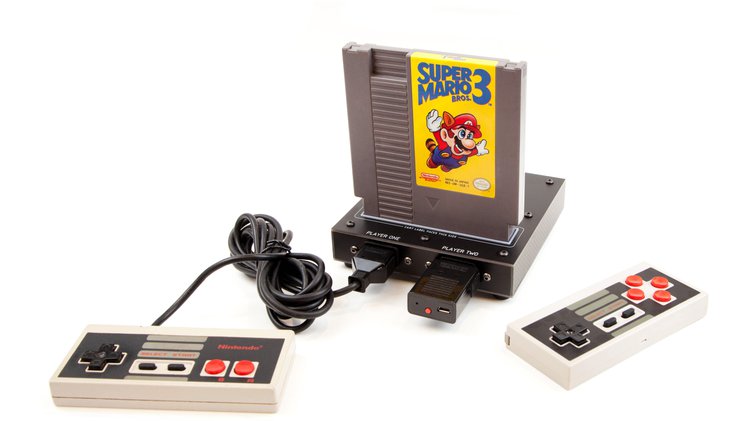 The TinyNES offers excellent compatibility by using two of the system’s original chips. It’s not an emulator, an FPGA, or a NOAC (NES-on-a-chip) system. The heart of the TinyNES is the same as the original hardware: the Ricoh RP2A03 CPU (central processing unit) and the Ricoh RP2C02 PPU (picture processing unit). Everything else is modern.

This tiny console has been designed with size, simplicity, cost, modern manufacturability, and wide component availability in mind. It doesn’t have a CIC lockout chip or a 70-pin ZIF connector. It has a strong little enclosure made from FR-4 material (the stuff circuit boards are made of) and it can be powered by the adapter that you already use to charge your phone.

The TinyNES isn’t fancy. It doesn’t upscale video. It doesn’t output HDMI or RGB. It doesn’t talk to your computer, your smartphone, or the Internet. It doesn’t come with built-in games. It doesn’t allow you to save state, alter the color palette, or remap the controls. It has a power switch, a reset button, a cartridge slot, two controller slots, and beautiful, vivid, NTSC video.

That box of old NES cartridges that’s been sitting in storage for years can finally be put to good use (or you can buy some new ones for a few bucks on eBay). 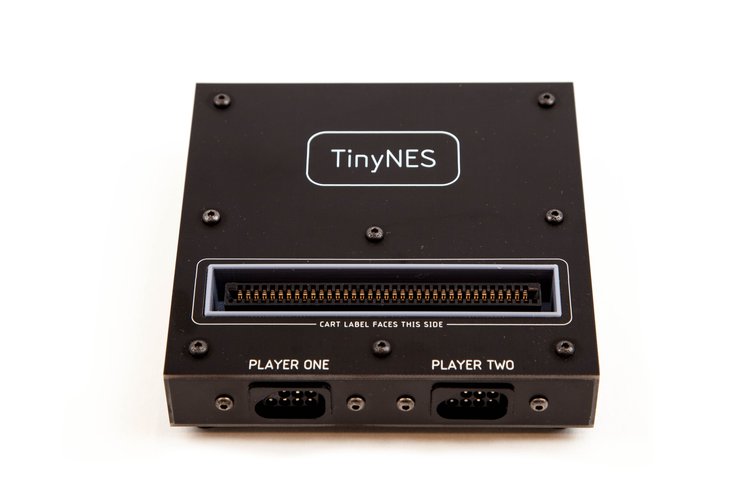 "Nintendo" and "Nintendo Entertainment System" are trademarks of Nintendo of America Inc. in the United States and/or other countries. "NES" was a trademark of Nintendo of America Inc. in the United States until it was cancelled on February 5, 2016. This crowdfunding campaign and the TinyNES project are not affiliated with, endorsed by, associated with, or sponsored by Nintendo of America Inc. nor their affiliates, subsidiaries, partners, officers, or employees, in any capacity whatsoever. Their trademarks are used here to fairly and accurately describe their products, and to fairly and accurately compare their products and services to those being described here. All other product and company names are trademarks or registered trademarks of their respective holders. Use of them does not imply any affiliation with or endorsement by them.