"The HEG is a way to alter brain function through a series of “training” sessions based on the changes in blood flow to different areas of the brain."

Visit us now at HEG Alpha! 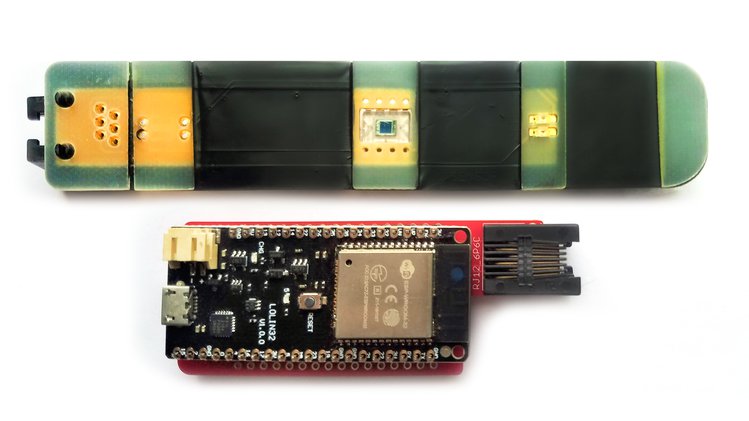 The "HEG" in HEGduino stands for hemoencephalography, a non-invasive biofeedback method, similar to EEG neurofeedback. HEG detects regional changes in the brain’s energy consumption via changes in blood-oxygen. HEGduino enables you to see in real time how your brain blood-oxygen levels respond to your thoughts and actions, resulting in a simple and elegant biofeedback system. You can easily affect and eventually control regional blood flow in your head by focusing, breathing, and relaxing, and watching the response on your screen. With a bit of practice with the biofeedback provided by HEGduino, you can exercise your brain and make it healthier with this type of physical therapy.

It takes less than ten minutes of using the device to learn how to change your brain blood flow directly. Neurons don’t store their energy, so regional brain activity is closely tied to changes in blood-oxygen - the fuel - where healthy blood flow patterns (which carry the oxygen to your cells as needed) are crucial for a high-functioning and growing brain. For more expanded information on how this works, check out this section below. 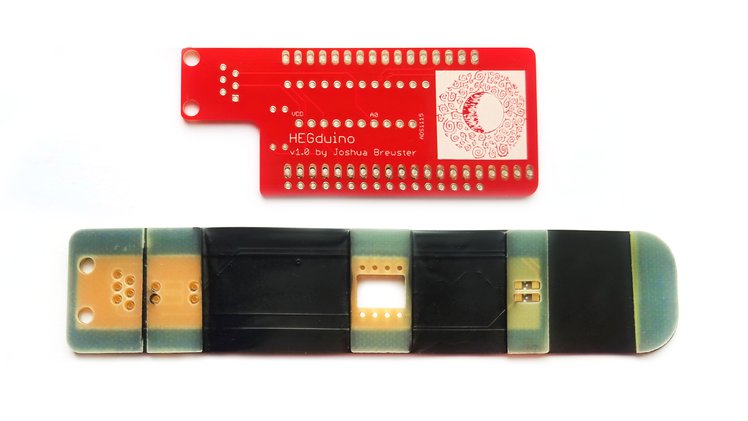 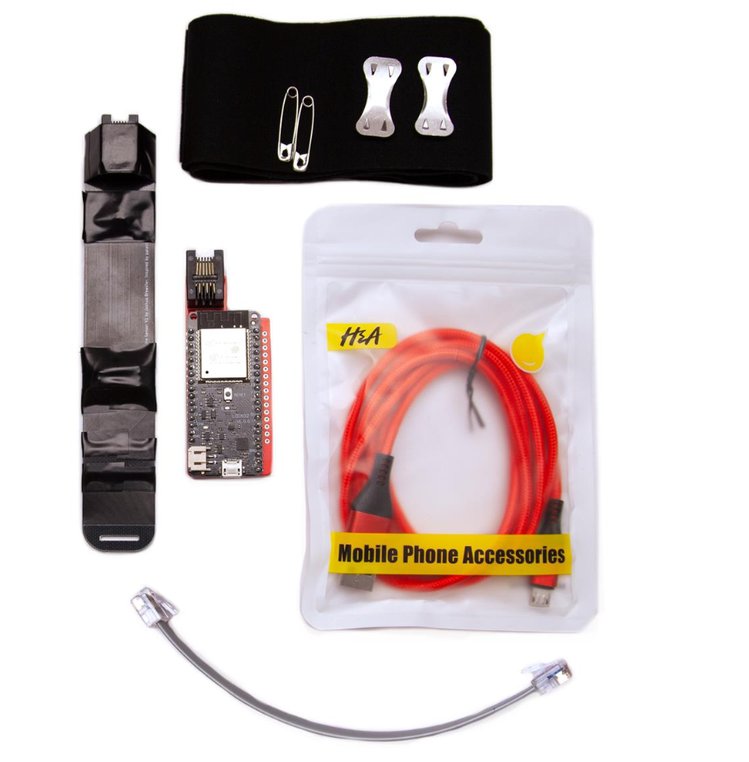 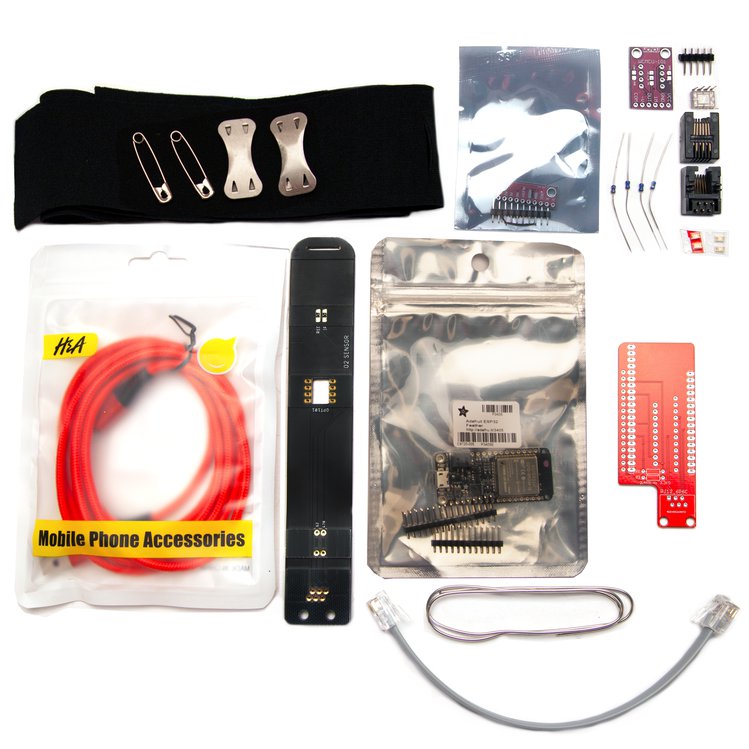 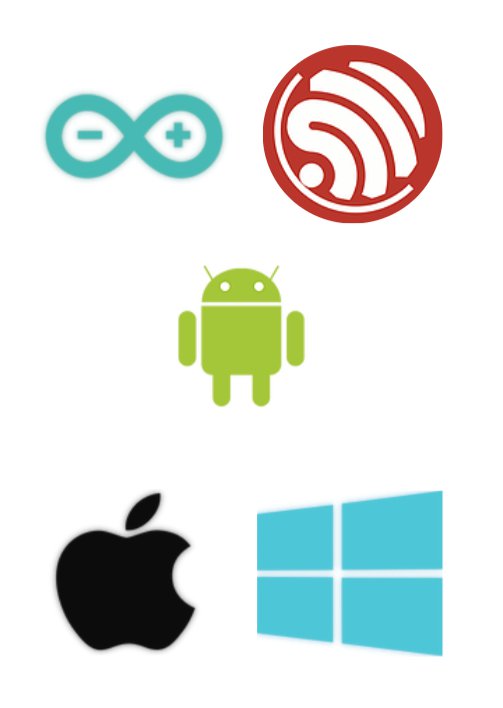 The HEG is controlled and interacted with via Wi-Fi, Bluetooth or USB. The device will be accessible over Wi-Fi, with an HTML interface and a free game served right from the device to whatever HTML5 compatible device is connected!

We also released a free Chrome Extension that allows Bluetooth and USB connectivity, as well as enabling 2D and 3D assets that we can’t fit on the device’s memory. You can find it all on our GitHub page

This structure will couple with free user profiles that will provide long-term statistics to users and ways for them to mark up their data and keep notes. You can check this out now on our website. 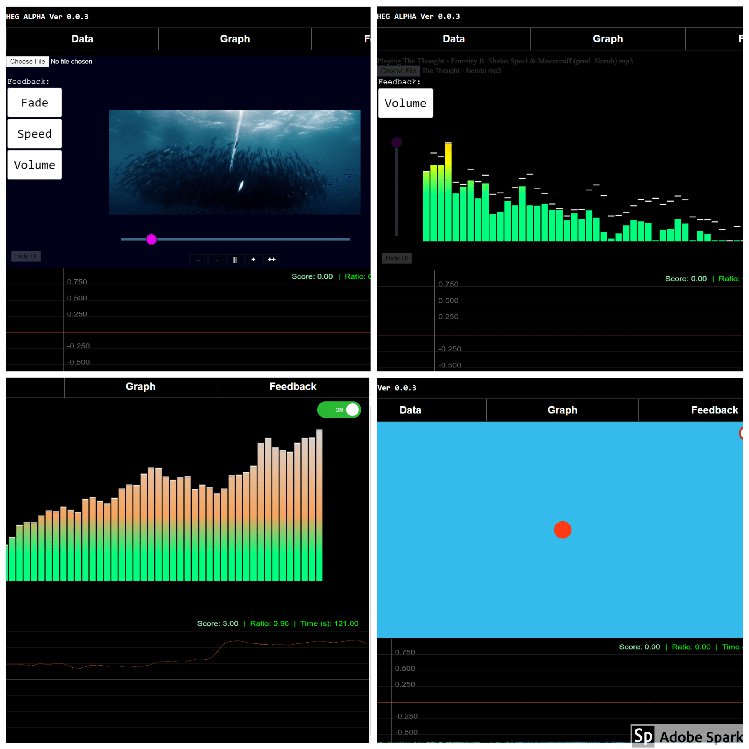 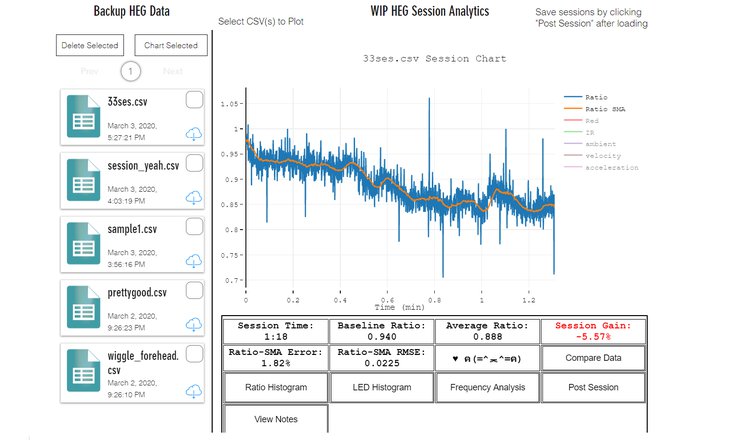 We expect that this platform will evolve and grow over time through open source collaboration. We hope the community will help us derive robust feature sets for blood flow biofeedback and participate in their health in new creative ways. This, we believe, is an important model for education and for addressing modern health crises facing many nations. This project and writeup was endorsed by Stephanie DuPont, President of the Biofeedback Institute of Los Angeles, and colleague of the original inventors of the HEG.

We now have BioEra support, and we’ll have more on offer soon thanks to collaboration with Statechanger Brazil and other developers.

If you have a technical question about the operation of the HEGduino or any of its applications, please ask the creators your question directly on their website or through the ask-a-question form.

Team AlasKit is made up of one retired RF engineer with a dream to build tech manufacturing in Alaska and one college dropout who wants to move the world toward a healthier, more open society. We’ve managed to get this far on a shoe string budget over the last nine months, going from trying to understand an old patent, to getting readings on an oscilloscope with a protoboard-based HEG, to having a fully fleshed out and modernized design with maximal affordability. It’s also a design that can propagate whether we are steering this ship or not.

We planned our scale of promises for the size of our team. Our belief is that an open source platform built around this project will help get the whole world involved in developing the use-cases, and helping a lot of people in more long-term and constructive ways. Here in Alaska we survive by sharing and building community.

Orders will ship from Crowd Supply’s warehouse in the US. Domestic orders ship for free. Due to the complexities and costs of international shipping, an international surcharge will be assessed at checkout. For more information, please read this page about ordering, paying, and shipping.

These statements have not been evaluated by the Food and Drug Administration. These statements are for informational purposes only and are not intended as a substitute for medical counseling. This information is not intended to diagnose, treat, cure, or prevent any disease. The author and publisher shall have neither liability nor responsibility to any person or entity with respect to any loss, damage, or injury caused directly or indirectly by the information contained herein.

What is Biofeedback and Why Use It?

First, we need a simplified lesson in human physiology to understand what this project is about. This won’t take long. 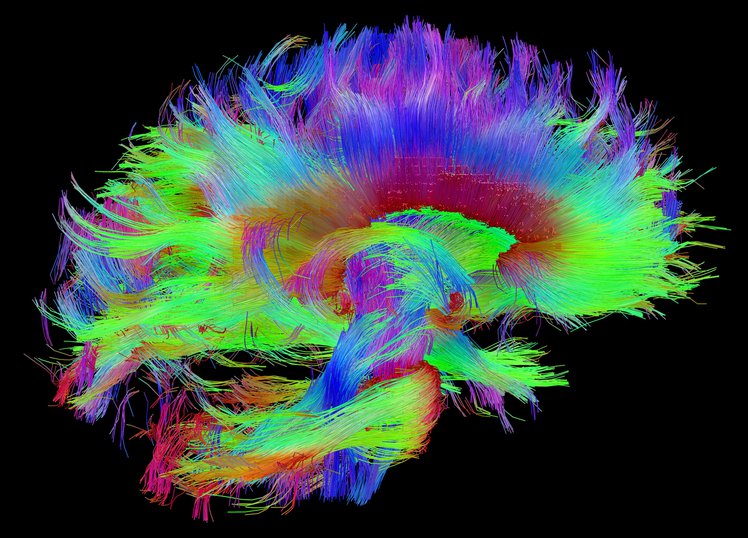 Your brain is made up of several systems. Those systems are delegated by the different structures in your brain, the most pronounced and recognizable being your outer neo-cortex. The neo-cortex is divided into lobes which provide different types of processing, and those lobes are further divided into columnar "tectonics," (bundles of neuronal columns or capsules) that perform fairly specific functions (e.g., language processing, audio processing, visuo-spatial processing, and empathy to name the major ones). These columns are highly cross-wired through the neo-cortex while they all feed back into the inner brain. The inner brain is responsible for a lot of routing between lobes as well as more primal baseline and survival processes, like running your organs and generating emergency-response instincts. Your frontal lobe, for instance, contains inhibitory connections to the amygdala which strengthen with age and experience to allow for more learned versus emergency responses. The neo-cortex accounts for 80% of your brain mass and uses 30%-40% of your body’s overall energy. Human neo-cortexes are among the largest in proportion to the body among mammals. It is safe to say that the general health and stimulation of this organ is an important yet poorly articulated facet of human health.

Many of your hard-wired internal response networks have specific pathways to different tectonics in the neo-cortex (see above DTI image), and it turns out we can begin to address many of the issues associated directly through biofeedback. Blood flow is essential for haemodynamic response in the brain, where active metabolism and therefore neural activity in brain regions are 90% correlated with oxygenated blood supply, due to many of these cells not having internal storage capacity. There are countless capillaries winding themselves around all of your brain cells, supplying energy as-anticipated to all parts of very long and extremely dense networks of astrocytes, glia, neurons, etc.

Your brain cells begin to die within five minutes of aspyhxiation, and they need a constant and adaptive blood supply to make their complex networks fire properly as well as stay alive and grow or repair themselves in a sensitive cellular ecosystem. One major neurological symptom discovered and articulated in recent years is something called "hypofrontality." While once thought to be a side effect of medications or the result of severe neuro-degeneration, it turns out hypofrontality is a unanimous stress response in humans, where up to 90% of the blood flow in the frontal lobe can be restricted in response to physical or mental stress. These are some very important developments in medicine and for health education in general. 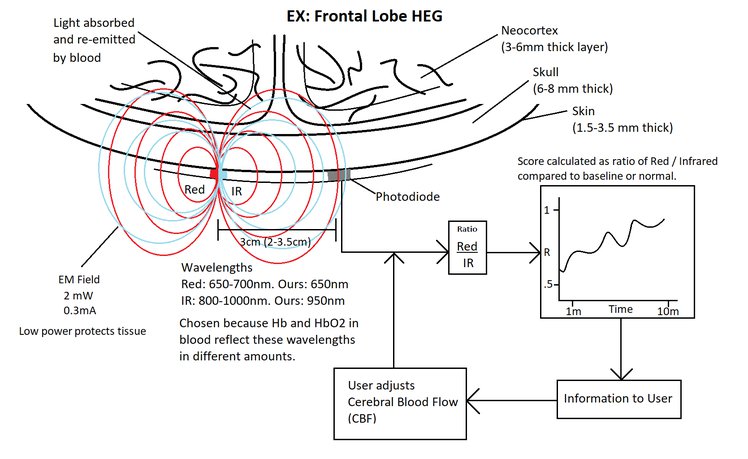 Hemo-encephal-ography (HEG) biofeedback is a non-invasive biofeedback method comparable to EEG neurofeedback. Originally developed in the 90’s by Hershel Toomim and Robert Marsh, HEG employs simple red/infrared blood-oxygen detection to the brain (derived from Near-Infrared Spectroscopy (NIRS)), allowing humans to easily read average blood-oxygen levels through the skull. From this information, the user is then able to assume control of their brain’s blood flow within minutes and perform what have been coined "brain pushups." Original research with the HEG even revealed candidate locations where some of the major wiring for the amygdala meets the neo-cortex may be, by finding that individuals responded even better to different biofeedback exercises that targeted associated areas of the neo-cortex. Concussion patients responded well to memory exercises paired with biofeedback, children and teens with ADHD also responded well to attention exercises paired with biofeedback, addiction patients gained more self control (see below SPECT image), and patients with migraines, depression, autism, and even schizophrenia found benefit as well. Even more, the average person is able to learn how to use the HEG in about five or ten minutes during the first session, whereas EEG-based biofeedback can take dozens of sessions over the course of months to see a benefit. In spite of clinical success, this device is still poorly recognized by the public or by health professionals. 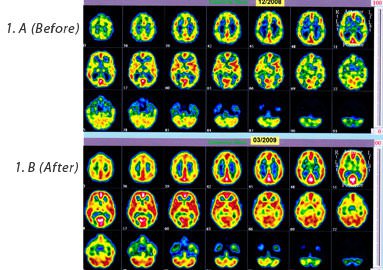 Enter HEGduino. This project was inspired by developments in HEG and brain science, and a desire to increase access and awareness about the benefits of HEG. Not enough people are exposed to this information and the devices themselves are prohibitively expensive. Current HEG solutions cost up to $1,000 or more and are fairly bulky. The software is lacking good front-end tools to provide more engaging experiences to newer generations.

We are solving the accessibility issue with free mobile apps and programs, with free information targeting general use (e.g., in school or for professionals between duties), and solving the price issue by encouraging open source participation, and using up-to-date parts (soon to be even cheaper with the rapidly improving and miniaturizing tech on the market). This will allow you to take the HEG anywhere, have it last a long time, and use your data to better your own health. It will let you tinker, too, for all you budding brain scientists. Devices like this support the future of health education and research.

Lastly, the reality is that, at least in the U.S. and U.K., over 20% of the population is diagnosed or diagnosible with some kind of clinical stress, anxiety, depression, or other brain ailment. One-in-ten suffer from worse ailments like PTSD, Bi-polar, or dissociative disorders. The World Health Organization cites that over 300 million people worldwide have been diagnosed with depression alone, now the leading cause of disability and lost productivity in the global economy. In the U.S., demanding professional and school environments have resulted in widespread anxiety issues, burning out increasing numbers of people. Alaska has several times the national average for domestic and sexual violence, related to alcoholism. The opiate crisis has touched everybody’s lives. Many other countries face similar scales of issues, like Japan, which has over a million shut-ins (hikkikomori or NEETs). The list goes on and on. There is no possible way for the current volume of educated health professionals nationally or worldwide to address these issues face-to-face with everybody, it’s time to re-think how we educate and take care of our brains on a massive scale. We aren’t claiming this device is the answer, but we hope it becomes part of the conversation. 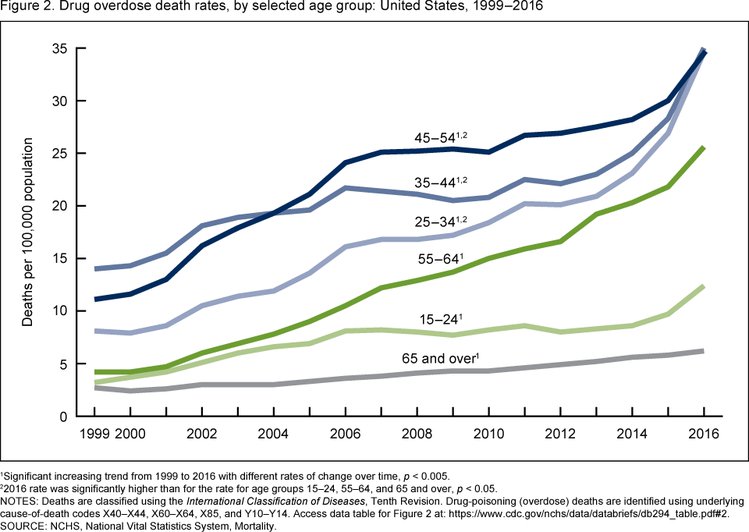 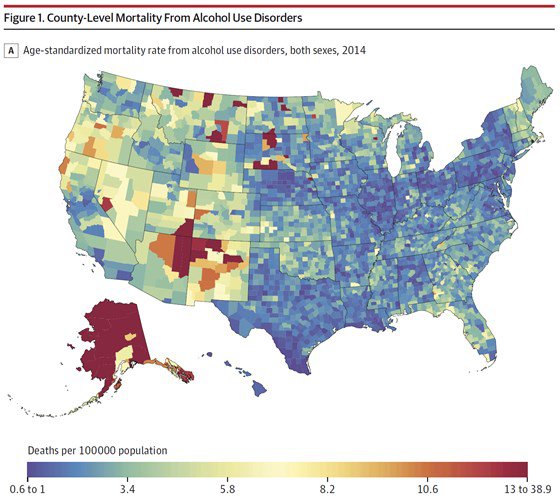 Alcoholism is on the rise, too, especially in Alaska.

These statements have not been evaluated by the Food and Drug Administration. These statements are for informational purposes only and are not intended as a substitute for medical counseling. This information is not intended to diagnose, treat, cure, or prevent any disease. The author and publisher shall have neither liability nor responsibility to any person or entity with respect to any loss, damage, or injury caused directly or indirectly by the information contained herein.

We are a ragtag team of engineers and optimists trying to make a difference in this cold, dark place called Alaska.