Our boss Igor says: Amungo motto: a few words and a lot of useful things!

Description of the block diagram of the module NUT2NT+ 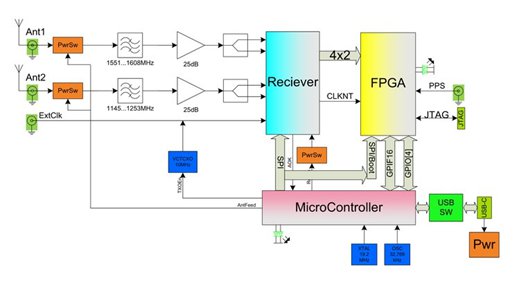 Someone asks about this or that element of the structural scheme NUT2NT+, today I will try to tell in more detail stories about each element, features and technology of its use.

First, the history of the name of the module, NUT2NT+

NUT - is an Egyptian goddess of the sky, swallows the stars and the sun daily, and then gives birth to them again (day and night change): 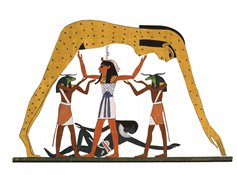 2 – (two, to) determines direction and communication with NT1065.

NT+ - itself NT1065 navigation receiver with addition of processing path on FPGA.

The image of the PCB with installed components shows that two independent groups of high-frequency paths are formed: 1600 MHz – range L1, 1200 MHz – all other ranges.

The antennas connected to the SMA connectors corresponding to the antenna ranges can be powered, for this purpose the scheme uses the method of controlled power supply via a coaxial cable.

Next, the filters allocated operating frequency band, 60 and 110 MHz, respectively, slightly enhanced to compensate for some losses in the SAW-filter and align with the input path NT1065.

And the final element in the chain is mounted balun, the balun signal transformer on the two entrances NT1065.

As a result, one navigation receiver receives a signal from 4 navigation systems.

It is possible to consider forming component, a navigation receiver NT1065 Nomada from the company NTLab 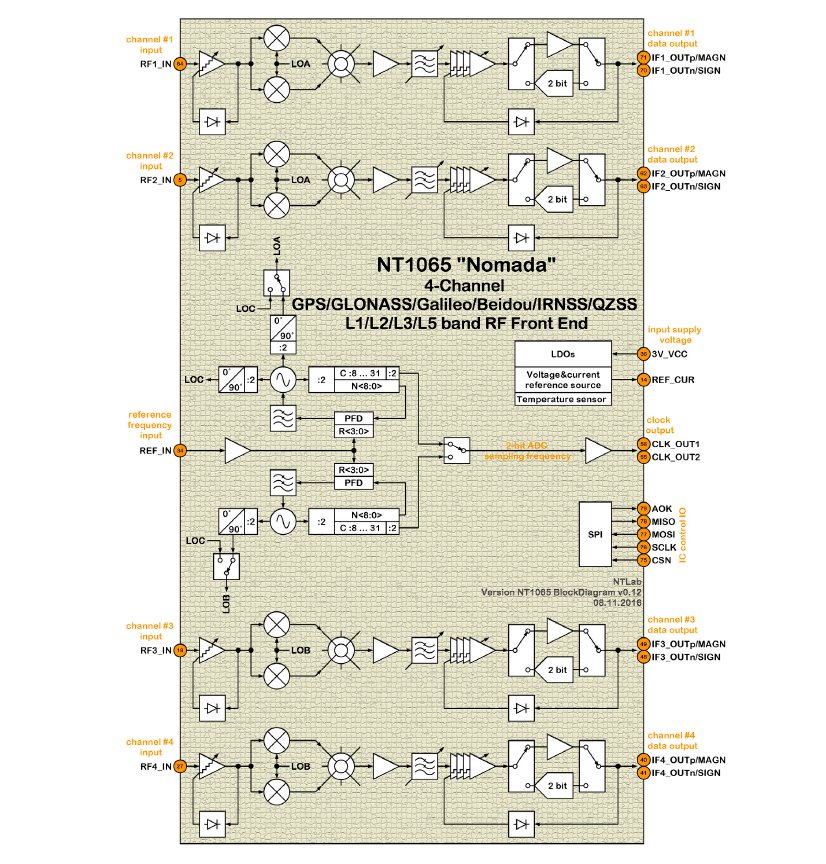 This receiver has four independent channels, with a separate heterodyne per pair and the ability to allocate the upper or lower band. The selected signal from each channel is sent to a two-bit ADC, after which the signal is digitally transmitted to the output contacts of the receiver.

Who is going to handle all four channels from NT1065?

Of course it is a light, but powerful "calculator", in the role of which had the honor to be FPGA LFE5U-25F-6BG381C from the company Lattice Semiconductor.

FPGA performs parallel per-channel demodulation of signals, buffers, forms data packets and directs them through the microcontroller to the control system.

General management of the elements of the module and interface with the management system does a wonderful in every sense of the microcontroller CYUSB3014-BZXC from the company Cypress who can do anything! And even more than!

A distinctive useful feature of this microcontroller is glueless support for USB 3.0 interface.

Without what, it is impossible anyway? Thats right, without power supply!

All power NUT2NT+ needs is from a USB 3.0 interface cable. At the same time, it is possible to independently control the power supply of the navigation receiver and both antennas.

And believe me, when the power is on, a miracle begins to happen! 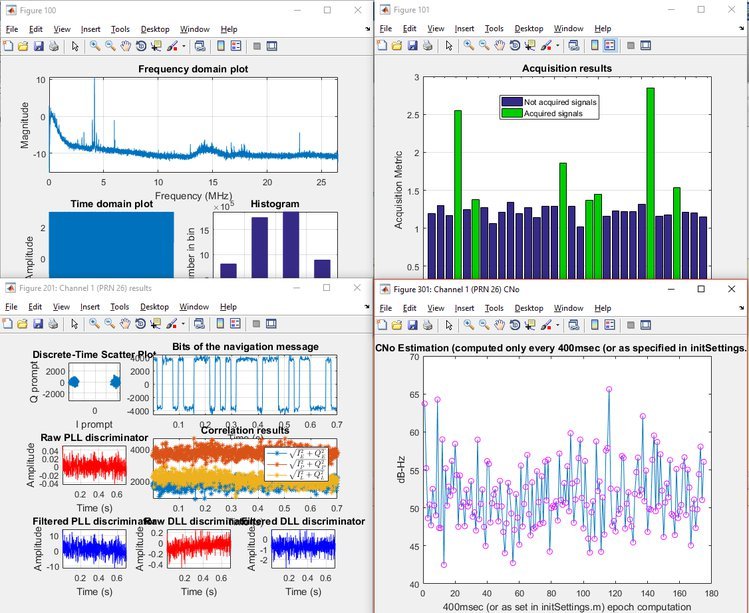 NUT2NT+ is our favorite child!