On May 12th, the Open Source Hardware Association certified the ANAVI Macro Pad 2 with UID BG000077.

So, does it make any sense to make open source hardware using expensive proprietary software tools? Of course not! 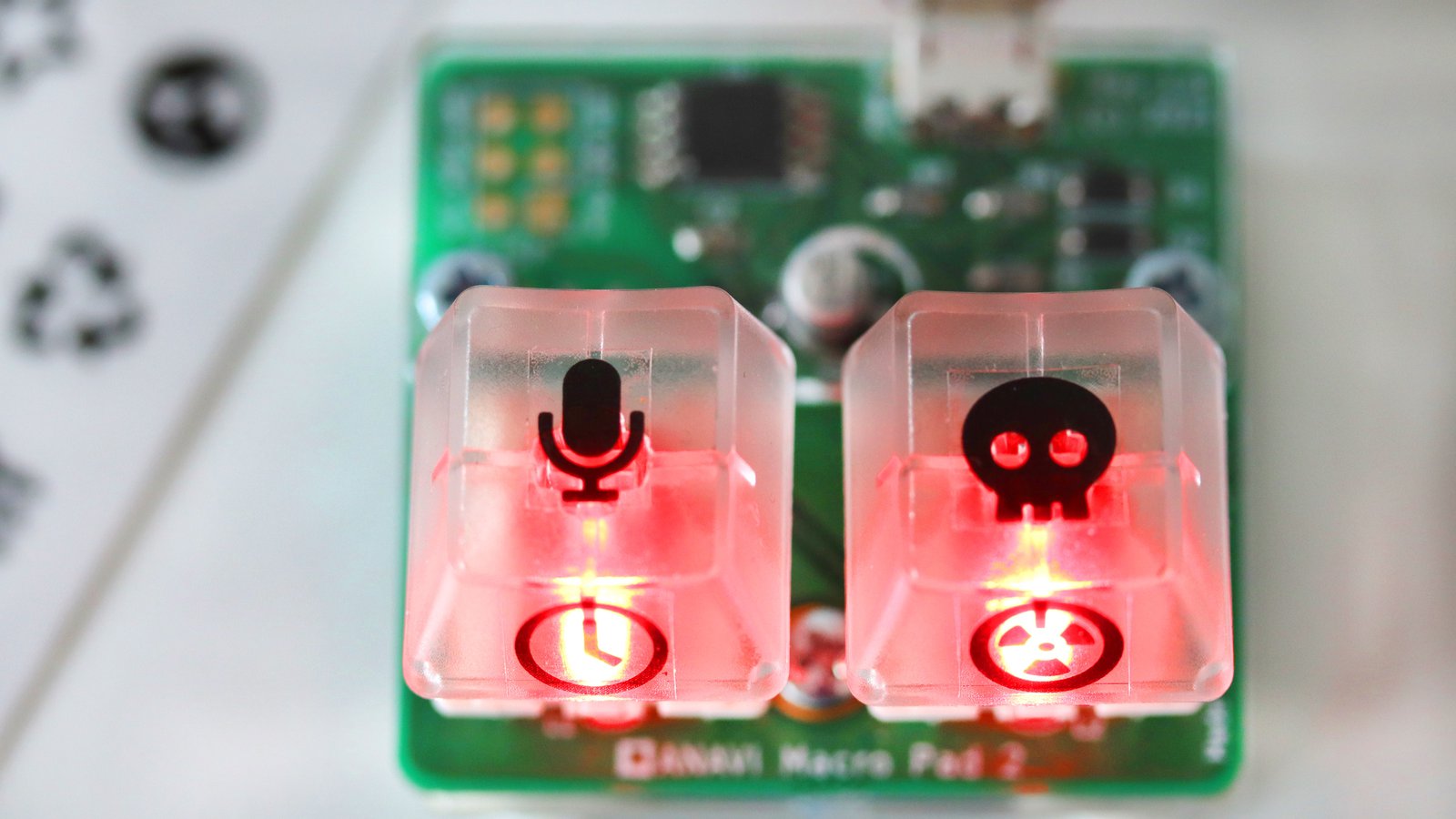 KiCad is a free, open source software suite for electronic design automation (EDA). It is written in C++ and works on MS Windows, Mac OS X and GNU/Linux distributions. The majority of KiCad’s source code is available under GNU GPLv3 (or later) and third party code included in KiCad falls under GNU AGPLv3 (or later). 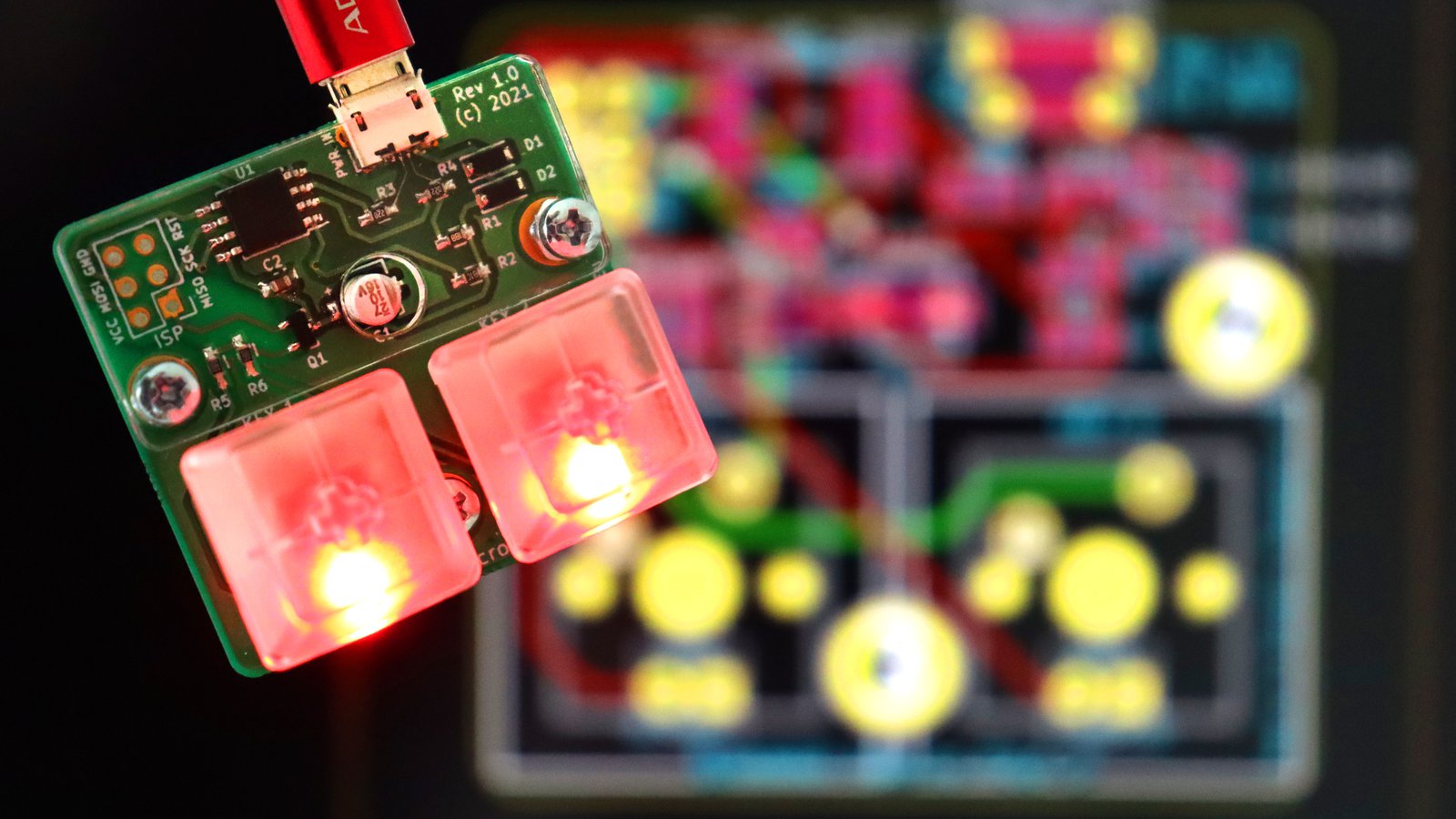 KiCad was started long ago. The initial releases date back to 1992. However, its popularity rapidly increased in 2013 because The European Organization for Nuclear Research (CERN) started using and contributing to it. After that a lot of companies switched to KiCad. Most notably Olimex, my friends and open source hardware neighbors in Plovdiv, Bulgaria. Encouraged by these successful examples, four or five years ago, I also started designing printed circuit boards with KiCad. The first open source hardware board I designed in KiCad on my own was ANAVI Infrared pHAT in 2017 which was also crowdfunded through Crowd Supply.

OpenSCAD is a free and open source software software for creating 2D or 3D models. It is written in C++ and runs on MS Windows, Mac OS X, BSD and GNU/Linux distributions. 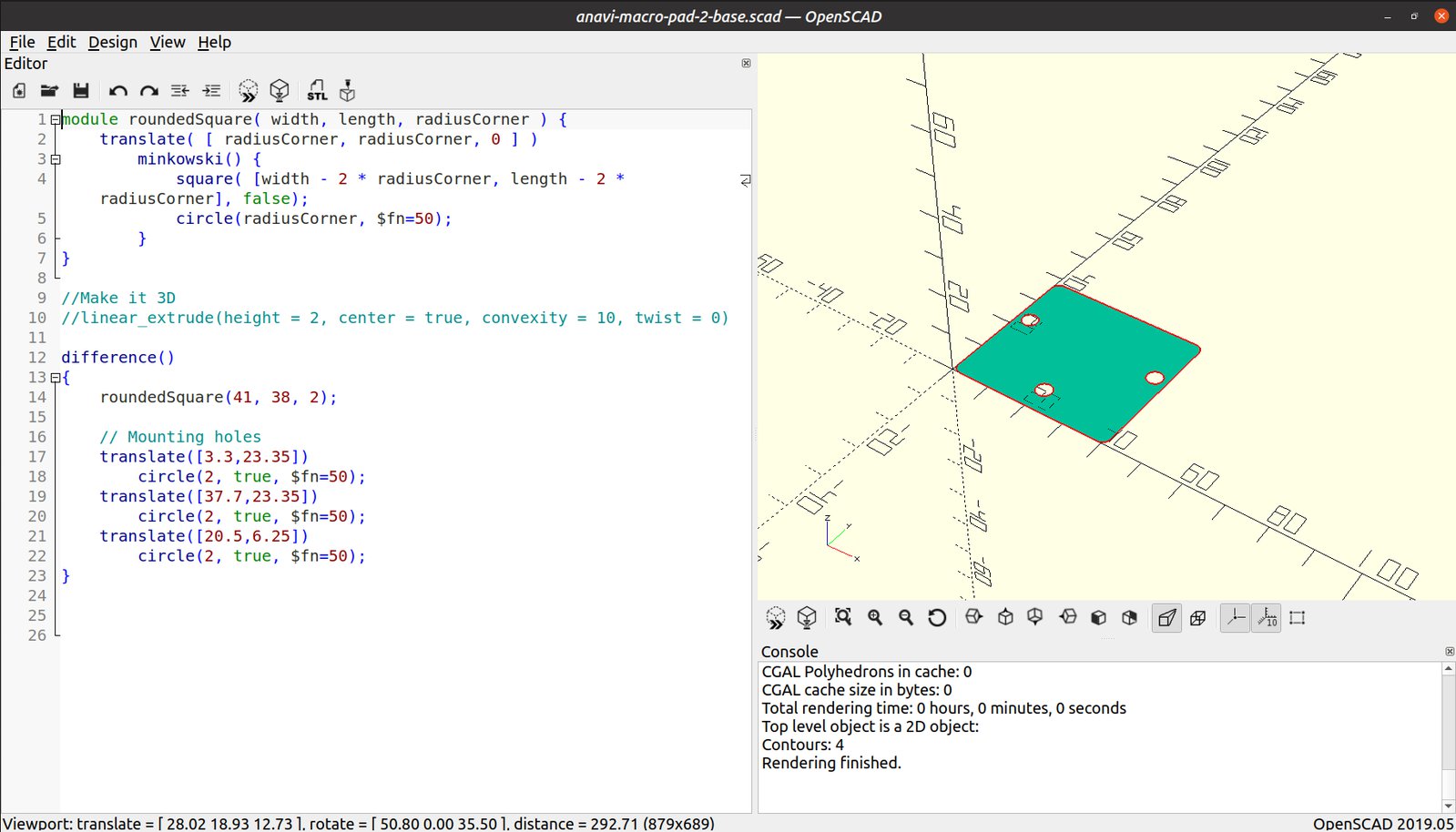 OpenSCAD uses its own description language. The graphical user interface is super simple. Basically, you write source code on the left side and a 2D/3D model is rendered on the right. Models designed with OpenSCAD can be exported to various formats, including STL for 3D printing or SVG for laser cutting. 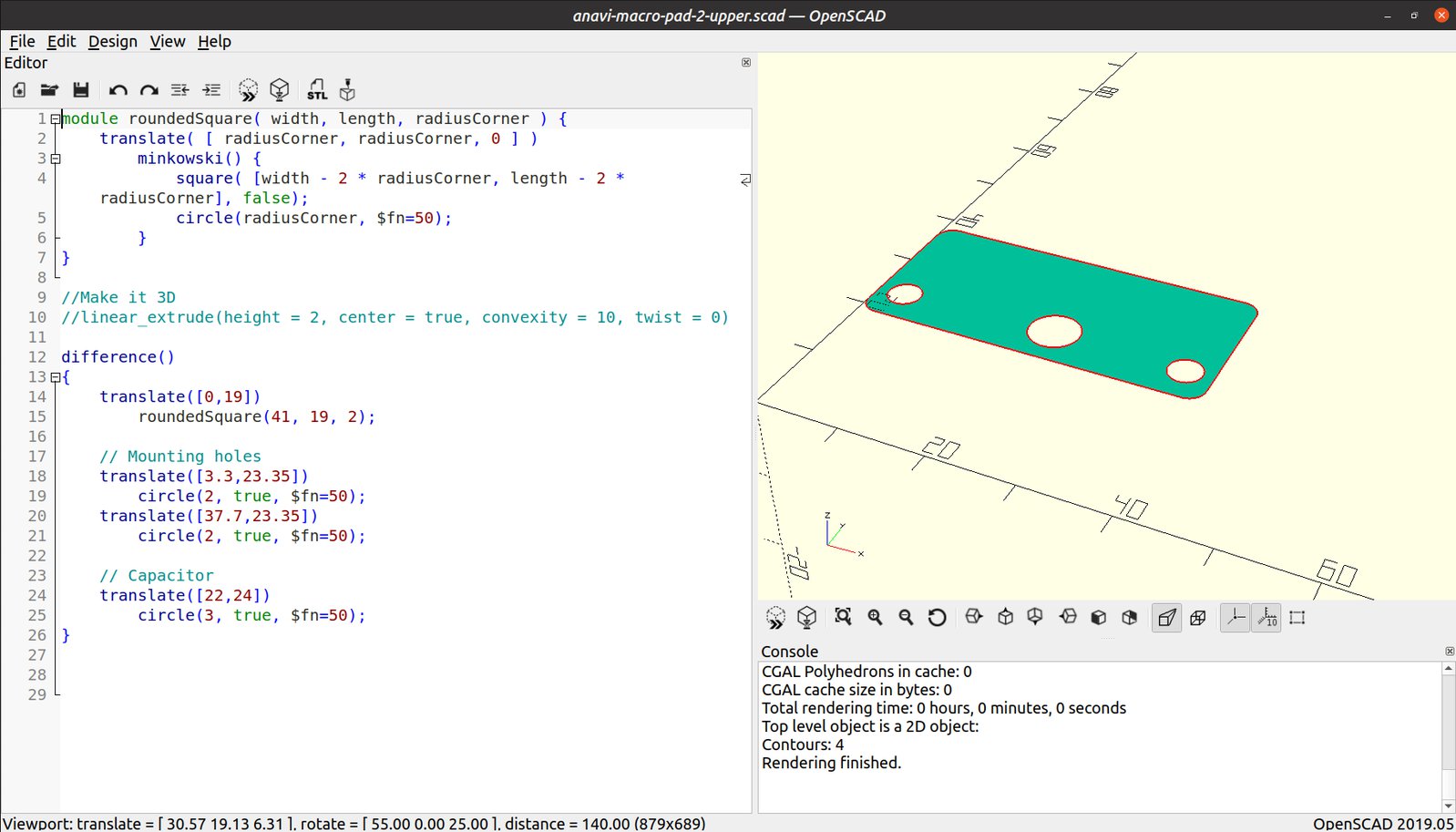 The acrylic enclosures of ANAVI Macro Pad 2 were designed with OpenSCAD. After that, we polished and converted them from SVG to PDF using another open source tool, InkScape. The stickers with transparent Emoji icons from [Font Awesome] (https://github.com/AnaviTechnology/Font-Awesome) (available under CC BY 4.0 License in GitHub) were also further processed and arranged using InkScape.

QMK stands for Quantum Mechanical Keyboard. It is an open source community centered around developing computer input devices. QMK Firmware is keyboard firmware based on the tmk_keyboard firmware plus some useful features for AVR and ARM controllers.

I have already added upstream support of ANAVI Macro Pad 2 with a couple of different keymaps in the QMK firmware. Hopefully, in future we will add more keymaps and of course with the QMK Configurator you can create and share a custom keymap of your own at any time directly in your web browser.

All these amazing open source tools work on well GNU/Linux distributions; I run them on Ubuntu.

ANAVI Macro Pad 2 is part of the Microchip Get Launched design competition!