RPi Zero W and a Screen

The next board prototype should be shipping to me any day now. In addition to a better ADC chip, it won’t need all the colorful wires, and will snap to other Haasoscopes using a connector on the side. In the meantime, I’ve continued to play with the current version. Today I managed to read out (and power!) the boards using just a Raspberry Pi Zero W ($20) with the serial port:

I’ve been connecting to the Pi over Wi-Fi using VNC, and it can draw the oscilloscope plot at about 5 Hz (I put some effort into speeding up the python plotting code!). You could also just record the data using the Pi (much faster!), and even process the data in python before writing it out, etc.

You may also notice I’ve added a screen! It’s a 1", 128 x 64 pixel OLED, driven straight from the FPGA. It probably won’t ship by default with the board, but you’ll be able to snap one on as a nice add-on. At the moment it shows the data (+/-64 samples around the trigger) from one of the channels, and at startup has a pic of my baby drinking a bottle (see below) - retro cool, eh? 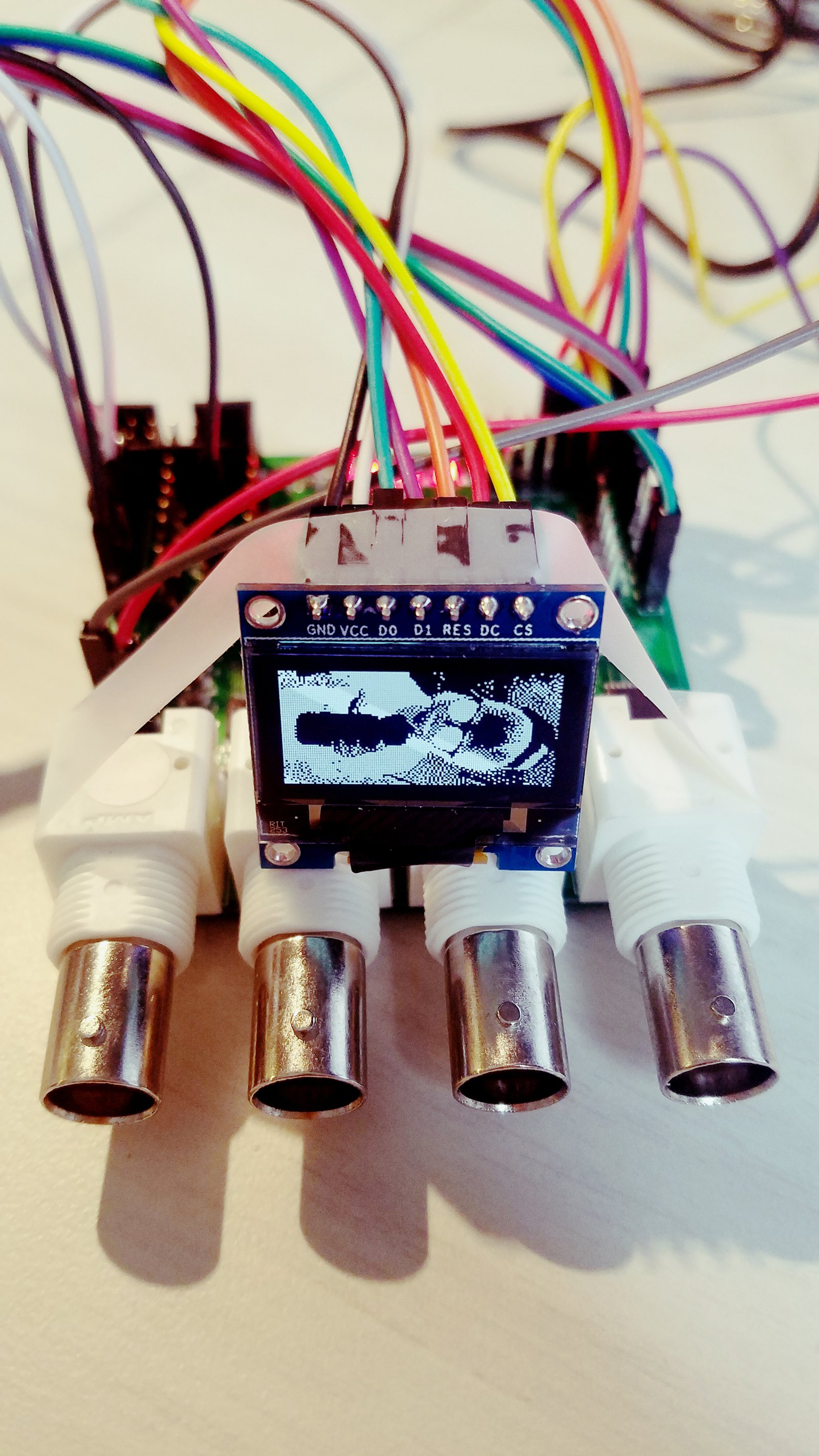