The third prototype came in last week. It’s really starting to come together! Everything works nicely - and you can even plug Haasoscopes together (to make an N-channel scope!), with no extra wires. Check out these two Haasoscopes: 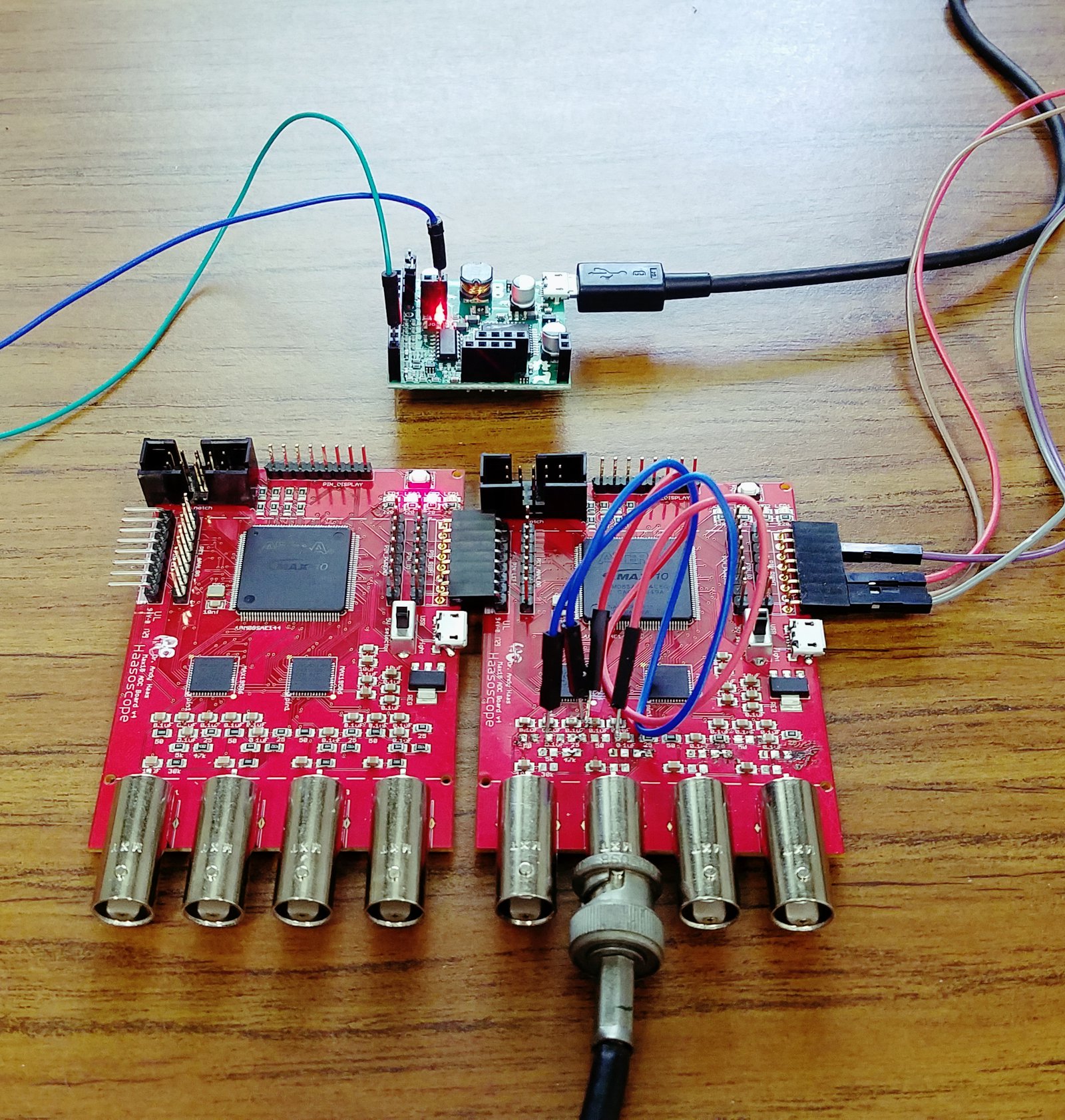 The board behind the two Haasoscopes is an EspoTek Labrador, which is great for testing while traveling.

Unfortunately, I royally messed up the analog front-end in this version - hence the extra wires on the board in the picture above. (Lesson learned: ADCs have a fairly small input impedance!) I’ve now redesigned the front-end, adding an op-amp (370 MHz bandwidth!) to allow for gain changes and level shifting, just like a real scope. In the next version (being made now), you’ll be able to select from two gains (+/- 5 V range and +/- 500 mV range) and adjust the DC offset independently for each channel, via software/firmware. That is, assuming it works this time. :)

Oh, and you’ll also be able to get your very own Haasoscope coffee mug! 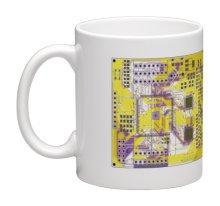