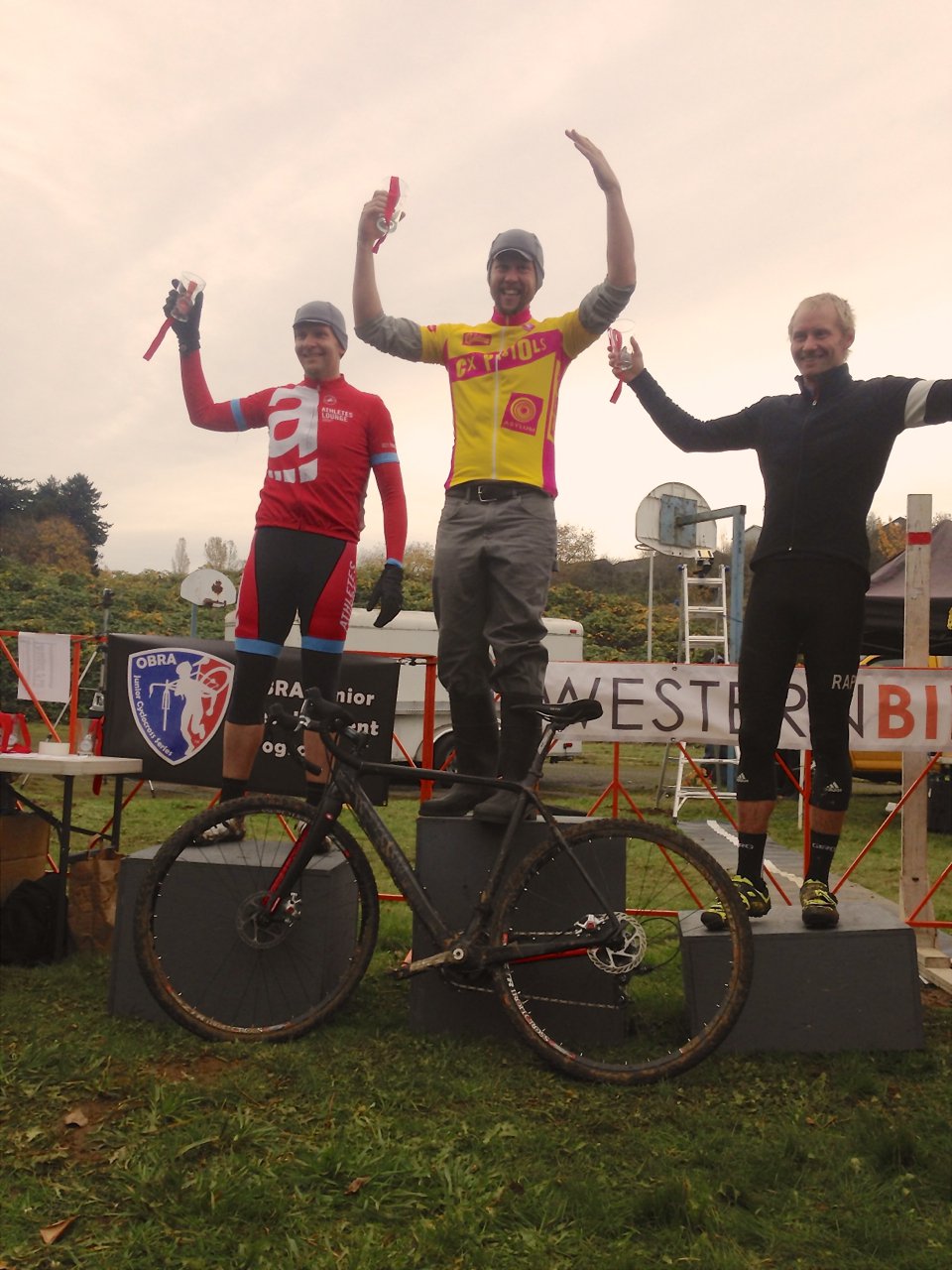 The State Champs course was 1.7 miles long with a challenging with a steep climb, bumpy grass, and lots of mud each lap. Sean Carline rode an Asylum Meuse to its very first championship in the Category C race. Later in the afternoon, yours truly and our factory test rider—Jeremy Russell—captured second place finishes in the Category B and Singlespeed races respectively. It was a great day for everyone involved. 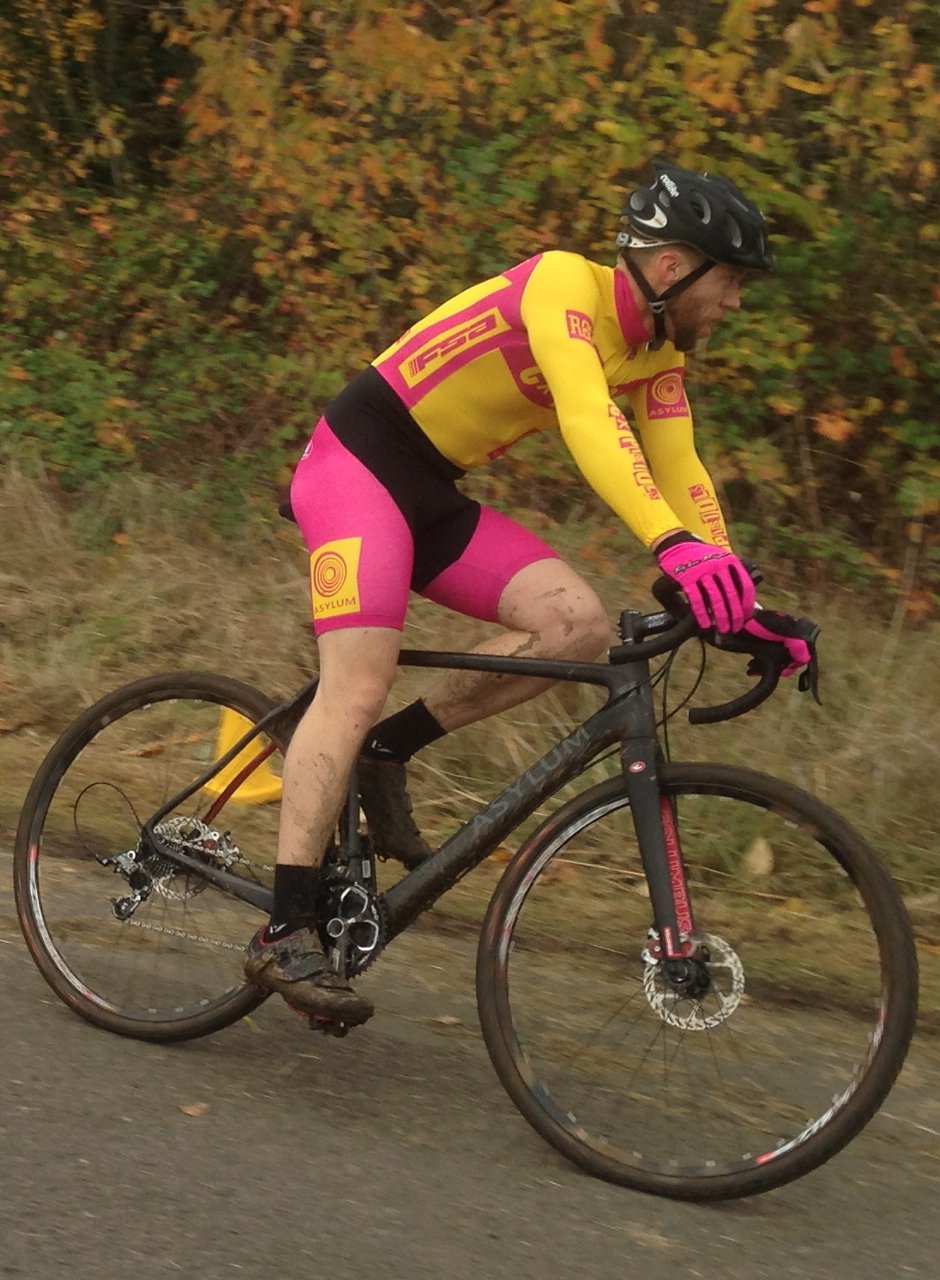 Of all the races we watched on Saturday, Sean Carline’s was by far the most exciting. Taking advantage of great start position, Sean put in a number of digs on the first lap. A select group of four formed and in subsequent laps Sean spit each one of his rivals out the back. It was clear that Sean had the best legs on the day. Entering the 3rd lap, Sean had an advantage of 30 seconds on second place, which he increased on the final lap. Sean blew the Category C field apart. With his finishing time of 43:34, he would have secured 5th place had he raced in the Category B field. The future is bright for this one.

As a product manager, it’s rewarding to see people achieve great things on the equipment we’ve developed. It’s also very special to share these exploits with friends and family, i.e. the CX Pistols. Everyone involved in our bike brand and team deserves thanks for their time and support. 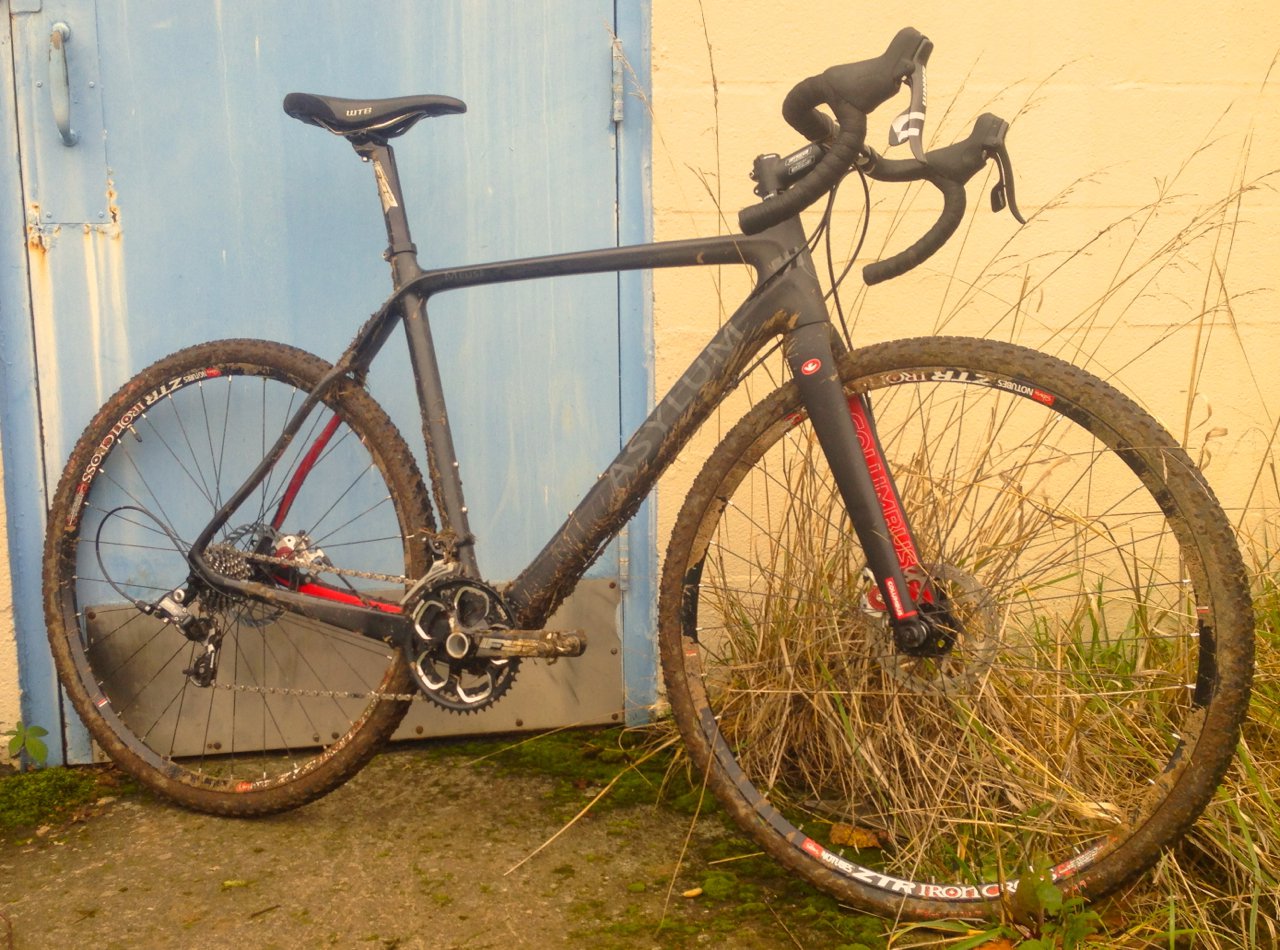