Update on the Portland Press

Weve gotten a number of emails recently with customers reporting broken lids. The first couple we thought were a result of one-off defects in the wood for those particular lids. However, after more reports we took a close look at the lid assembly and realized that the cracks are a result of the pressure between the lid and the jar. This occurs because the gaskets are inset a little too far in... Read the full update.

From the Bucket Team, By now, everyone should have received their presses that they ordered from Crowd Supply. If you havent received your press, please let us know. Weve been getting a lot of feedback from people, most of which is positive. Something that our buddy Alex pointed out is a method for putting the lid on. If you first screw the lid onto the jar, and then push down on the handle,... Read the full update.

Bucket Customers, There was a hiccup in the production of the Portland Press (see below for details), but were still shipping them before Christmas. In fact, the first Presses will be shipping tomorrow! Here are some pics taken early today of some of the action that goes into getting the Presses to you. The assembly line crew hard at work. All this excitement caused Bryans car to break down w... Read the full update.

The final parts needed to start assembly of the presses are nearly complete and should be in our hands soon. Once all the pieces are in place, well be assembling all your orders and shipping them out. Were still on schedule to have the presses in your hands by Christmas, so get your brew ready! As always, thank you for your support. We cant wait for you to see the presses firsthand! Cheers, Bucket Read the full update.

Happy Autumn from the Bucket Team

It has been a while since our last update, and a lot has happened since then. Here is a breakdown of whats been going on regarding the manufacturing of the Portland Press. Theres a lot of information, so make yourself comfortable. Wire Mesh Screen The wire mesh screen which pushes coffee grinds to the bottom of the jar, while leaving tasty coffee above for you to drink, has been the most comp... Read the full update.

Hello to all the Portland Press supporters. Manufacturing is well under way, with deliveries of parts beginning in August! Weve fine tuned just about all the design points to make a really great product. Here are some of the design descisions weve made since June: Lid production in progress. All metal parts, with the exception of the spring, will be nickel plated carbon steel, as opposed to... Read the full update.

Portland Press Supporters, We did it! The Bucket team met our $50,000 goal with only a few hours left in the campaign, and the only reason we did it was because of you. We are truly indebted to all of you. Literally, we owe you a lot of french presses and wool cozies. Now its our job to work with our suppliers and manufacturers to get this product out the door and into our customers hands. ... Read the full update.

Last Chance for the Portland Press!

Were almost there, and we need your help to reach our goal! Weve had some big contributions the past couple days as our campaign gets closer to its end, but we need just a little bit more to get there. We need another 15% (less than 100 presses!) in order to hit $50k and be able to kick off manufacturing to deliver the Portland Press to you by Christmas. Thanks to everyone who has contributed ... Read the full update.

The clock is ticking, and we need your support! Thanks to everyone who has backed us so far. Our video editor, Ivy Lin, has put together an amazing video about our wool cozy suppliers. Check it out and share it with your friends on facebook. If youve already placed an order, you can still support the cause by contributing a donation at the $5 level. If youre feeling really generous, you... Read the full update.

Halfway Funded and a Temperature Experiment

Were now past the 50% mark! Thanks everyone for your help. We still have a ways to go over the next 7 days. Check out this video we made as a quick thank you. It also has a short clip of a test we conducted at our house, in the spirit of the ongoing development process for the Portland Press. We wanted to do a quick gut check to make sure the Mason jars would hold up to being rapidly heate... Read the full update.

Hello supporters of the Portland Press! Were almost at the halfway point. Here is an update on how were doing so far, as well as some changes weve made to the campaign. Modifying the Goal We knew from the start that $80,000 was an ambitious goal. Despite the challenge, the Portland Press has received a lot of great feedback from our supporters and the design community over the last 14 days. Wa... Read the full update.

Good news! We just finished prototyping the wood threads for the lid. Thats right, the threads are machined out of the wood. Wowza! Heres a behind the scenes video we got from our supplier. Read the full update.

Founded by Bryan Kappa and Rob Story, Bucket is a product development and manufacturing startup located in Portland, Oregon. Follow us on Instgram @bucketpdx 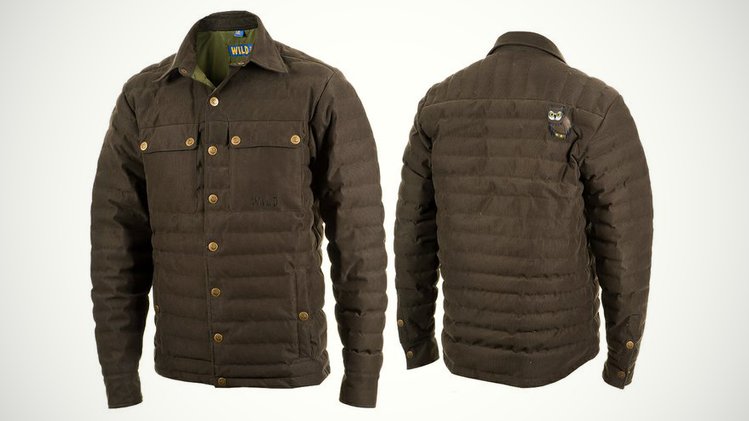