With the campaign successful (woohoo!) and concluded, our efforts have now transitioned to preparing-for and starting production.

Overall, this consists of:

As I said previously, we’ll be keeping you all informed as we progress through the above.

The first articles of the production case have arrived! They look great, and all of the thru features line up perfectly with the corresponding connections & light pipes. 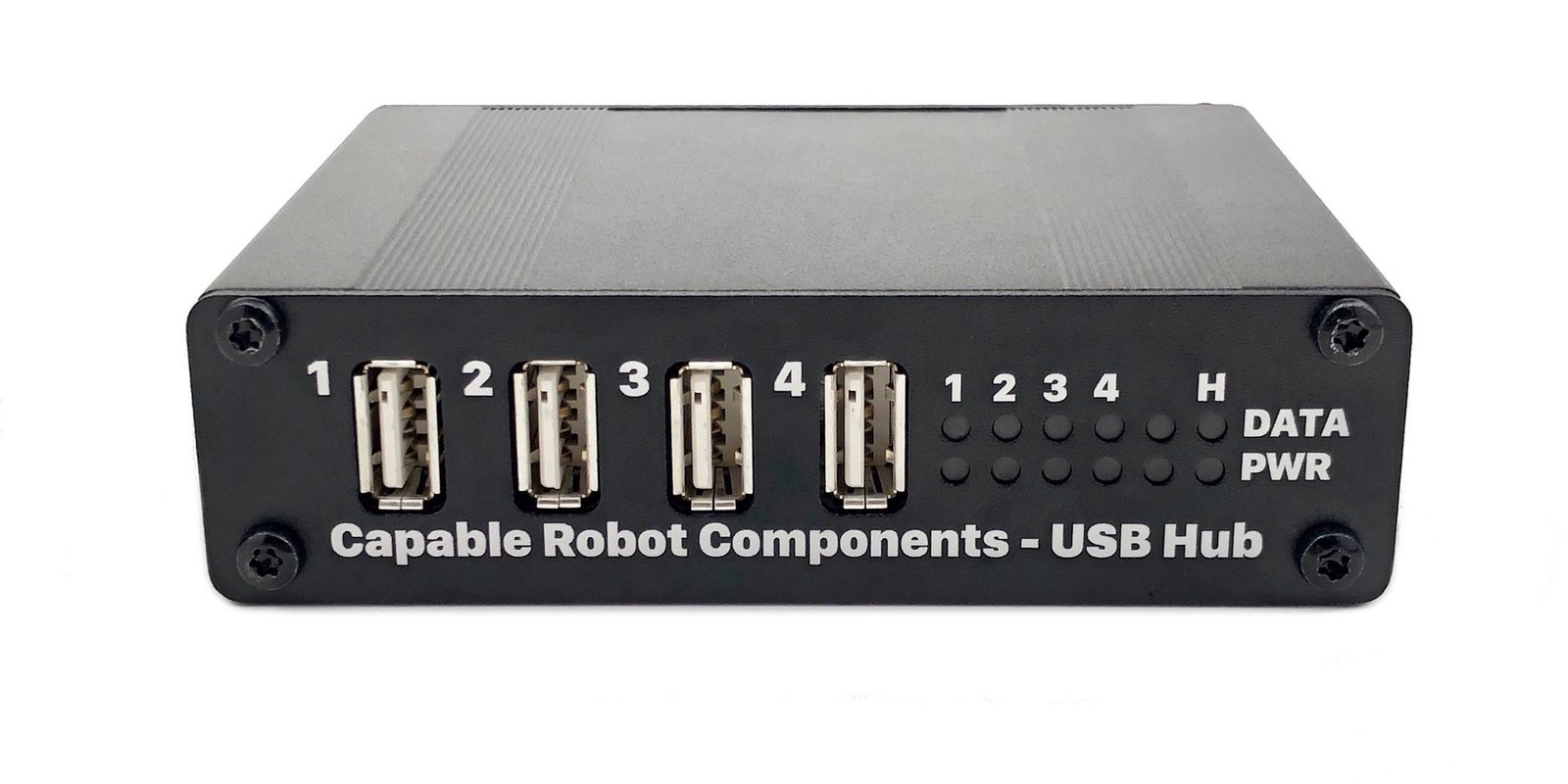 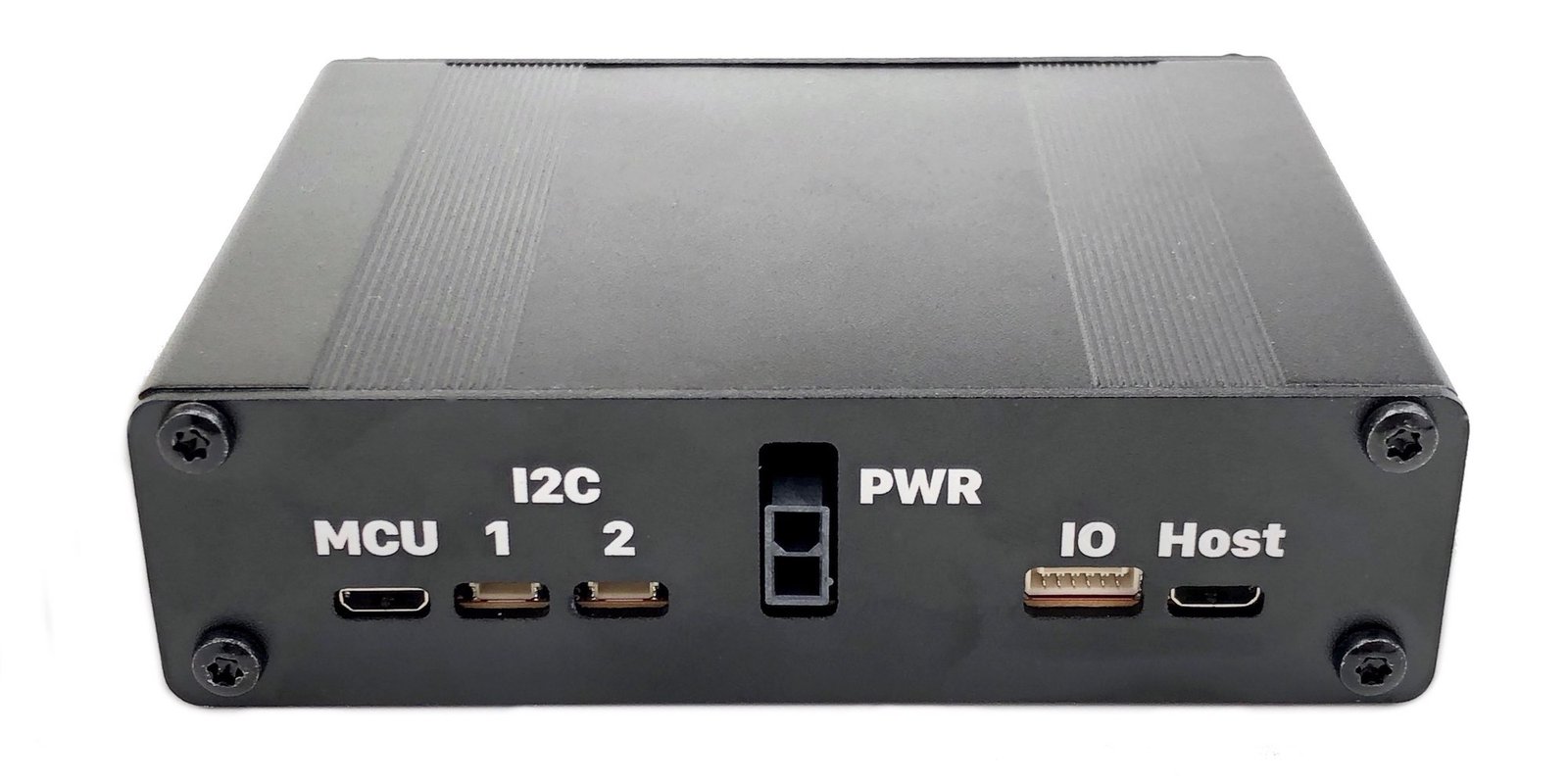 These samples were produced to validate the design of the production tooling prior to the production run itself. If there was a mistake in the design or in the fabrication of the punch tool or silk-screen, it’s much better to find out prior to making hundreds of bad parts.

Cases that you receive will have one additional change not pictured here. For CE Mark compliance purposes (and because it’s a good idea), the connector polarity, voltage range, and maximum power draw will all be printed next to the PWR connector.

The production run of cases started last week and should be arriving here in early December.

As mentioned at the start of the campaign, a final revision to the PCB design was expected prior to the production run of boards. 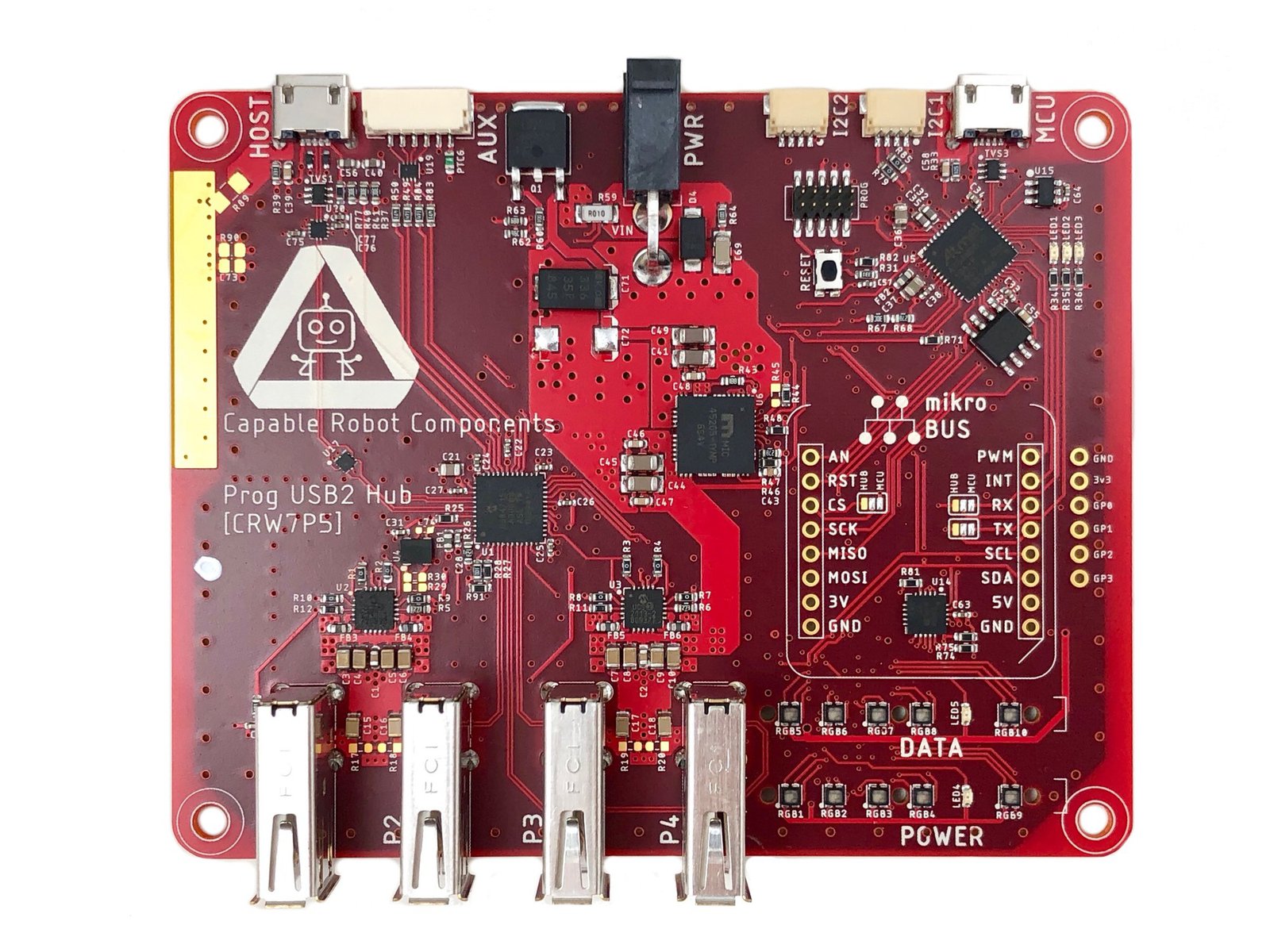 Testing of the prototypes resulted in these changes being made:

All of these changes have been validated, and the next step was FCC & CE laboratory testing.

A 10 Ohm Resistor on MISO net?

The USB4715 senses the loading of the MISO net during power-on to determine which ports support fast battery charging (e.g., which ports should advertise high current capability.) And unfortunately, there is no way to change this setting via the register.

A 10 ohm resistor is needed to tell the hub chip that all ports supply high currents, but a 10 ohm pull-down would prevent the SPI bus from working properly. The solution is for the MCU to switch in the resistor, bring up the USB Hub chip, and then disable the resistor, so the SPI bus works properly.

Over the last week the Programmable USB Hub has gone through a successful battery of tests to ensure that it does not cause interference with other equipment and that it operates as expected when subjected to interference. This specifically means the following tests:

Below are a few sample photos taking during the EMC testing. 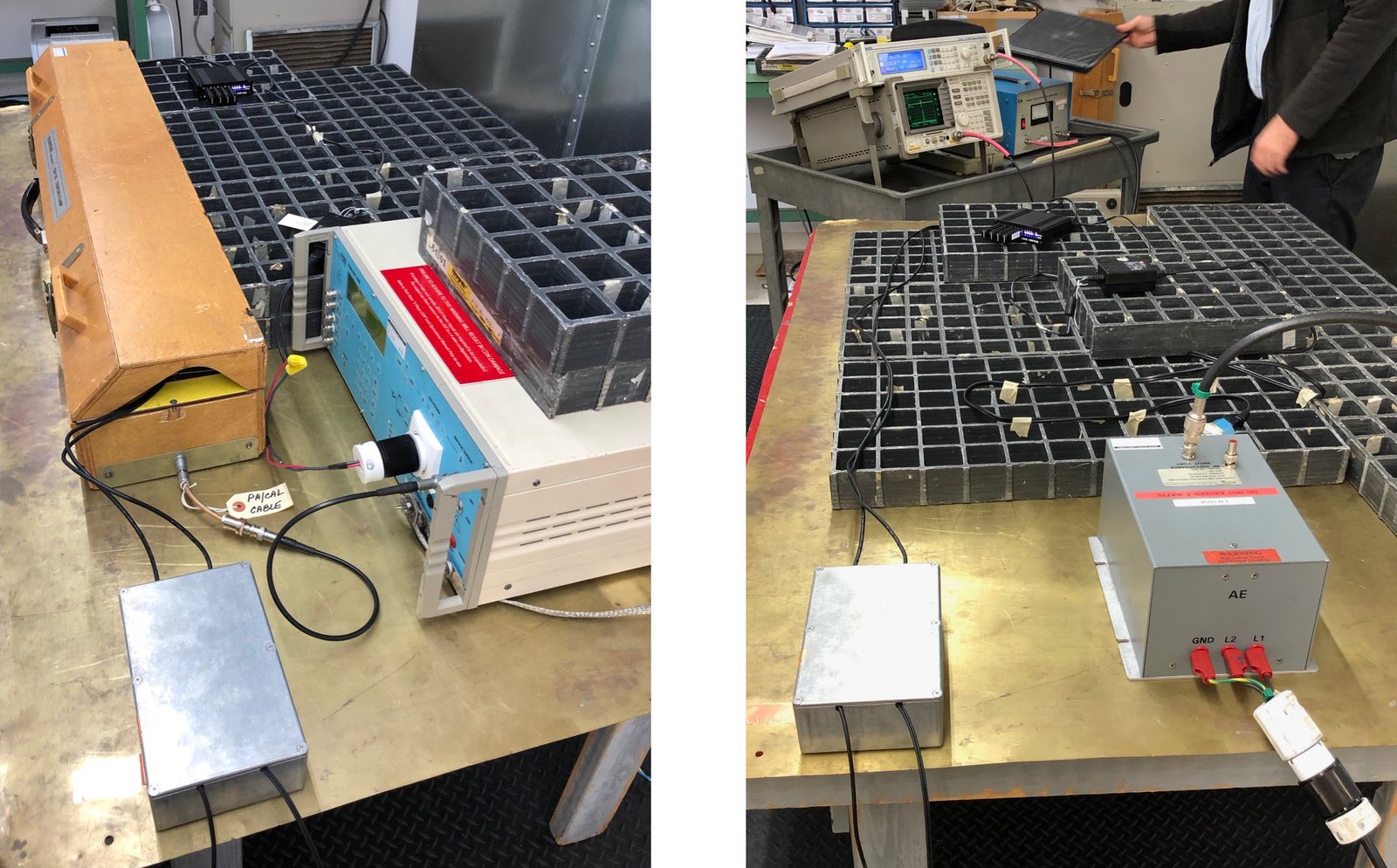 During all tests, the Hub was being exercised and monitored for faults. This included:

There is a wealth of information online about the proper design of electronics to meet EMC requirements, and no need to repeat that here. However, I do have the following recommendations for the act of testing itself:

During all of the tests, both the upstream USB port and the MCU USB port were connected over 2 meter cables to systems that were exercising the Hub (described above).

In a discussion with the EMC Lab’s engineers, I learned they’ve seen similar issues with that particular embedded computing system in the past and do not recommend using that system as support equipment during compliance testing. It is known to be both RF-susceptible and RF-noisy when cables are attached.

During this test, the area between the two upstream USB cables created a large ground loop between the Hub and this exercising system. This loop acted as an antenna and picked up the RF energy being emitted during the test — enough RF energy to occasionally disrupt the USB data signals of one of the exercising systems.

The Hub was not damaged during any of the ESD testing, but the EN specification says that the product must self-recover from any faults observed during ESD testing. This means that user intervention (e.g., restart software, reboot hardware) is not allowed.

The first lock-up was solved by a small change to the MCU CircuitPython firmware. When the upstream port connection is lost for more than a few seconds, the MCU resets and reconfigures the Hub IC.

The second lock-up didn’t impact data functionality but meant the MCU was sometimes locked-up and, therefore unable to reset the Hub IC if it locked-up. This was solved by enabling and configuring the watchdog functionality of the SAMD51 MCU. If the CircuitPython code stops executing, then it stops feeding the watchdog, which results in the watchdog resetting the MCU.

Enabling and configuring the watchdog required some additional functionality in the C-based CircuitPython runtime. In the coming days, this patch will be sent upstream to Adafruit for integration into the mainline CircuitPython release.