I wanted to put together an outline of what the team behind the Chieu Hoi Project has been doing since the end of the crowdfunding campaign, and update you all on the production timeline for A Weather Walked In.

First, I’d like to talk about the projected ship date for the book, which you all probably remember was listed during our campaign as March 2015.

Back in November, while planning the crowdfunding campaign, I estimated the amount of work it would take to produce A Weather Walked In, and calculated the ship date for the book to be sometime in March. I picked the month of March based on what I thought our team would need to accomplish in order to produce the book. To be blunt: I undershot the projected completion date a bit. At the beginning of this month, I reassessed and figured us to be about a month behind. At this point, it might be about a month and a half.

However, what we’ve been doing since the end of the campaign will explain that miscalculation a bit.

One of the biggest tasks to be completed to produce the book was image restoration. The 45 year old negatives from Charlie’s collection have sustained varying levels of damage and wear in the time they have been stored. Blue Moon Camera and Machine made our high resolution negative scans, after which our image editors began retouching. Some images require 20 minutes or so of dust, scratch, and spot removal. Other images have taken me and other editors two or three days to complete. It depends on the image and its source negative condition. During the planning of the crowdfunding campaign, I hoped to have image retouching done by the 10th of January when the campaign ended. Had we achieved this, I think we’d be on target for our ship date. However, we didn’t finish image retouching until February 20th. I ended up recruiting more image editors to join our team, and we worked tirelessly to finish up retouching; retouching simply took much longer than I could have ever intended or estimated.

We’ve also added a chunk of content to the book after the crowdfunding campaign ended, content that I’m personally really excited about. Our friend Arnold “Sarge” Krause of 212warriors.com (an archive of information about the 2nd Battalion 12th Infantry in Vietnam) put us in touch with Lieutenant Colonel Don Green. LTC Green was the commanding officer of the 2nd Battalion, 12th Infantry when Charlie first arrived in Vietnam and was field commissioned to become the battalion photographer. LTC Green is one of the very few surviving commanding officers from the 2nd 12th at that time, and he and Charlie spoke with each other for the first time ever, in February. After discussion with Charlie and Sarge Krause, LTC Green decided to write a foreword for A Weather Walked In. To me, this speaks to one of the most important themes of this project: connecting men in the photographs (and in a lot of cases, their surviving family members) with each other, after over four decades. Charlie was commissioned to be the battalion photographer by one of LTC Green’s subordinates while in Vietnam; now, over 45 years later, these two men have spoken for the first time, and LTC Green will be contributing to this book in a unique way. I can hardly wrap my head around all of that!

Negative strip of five frames shot by Charlie at the change of command ceremony with Lieutenant Colonel Don Green, in the spring of 1968. 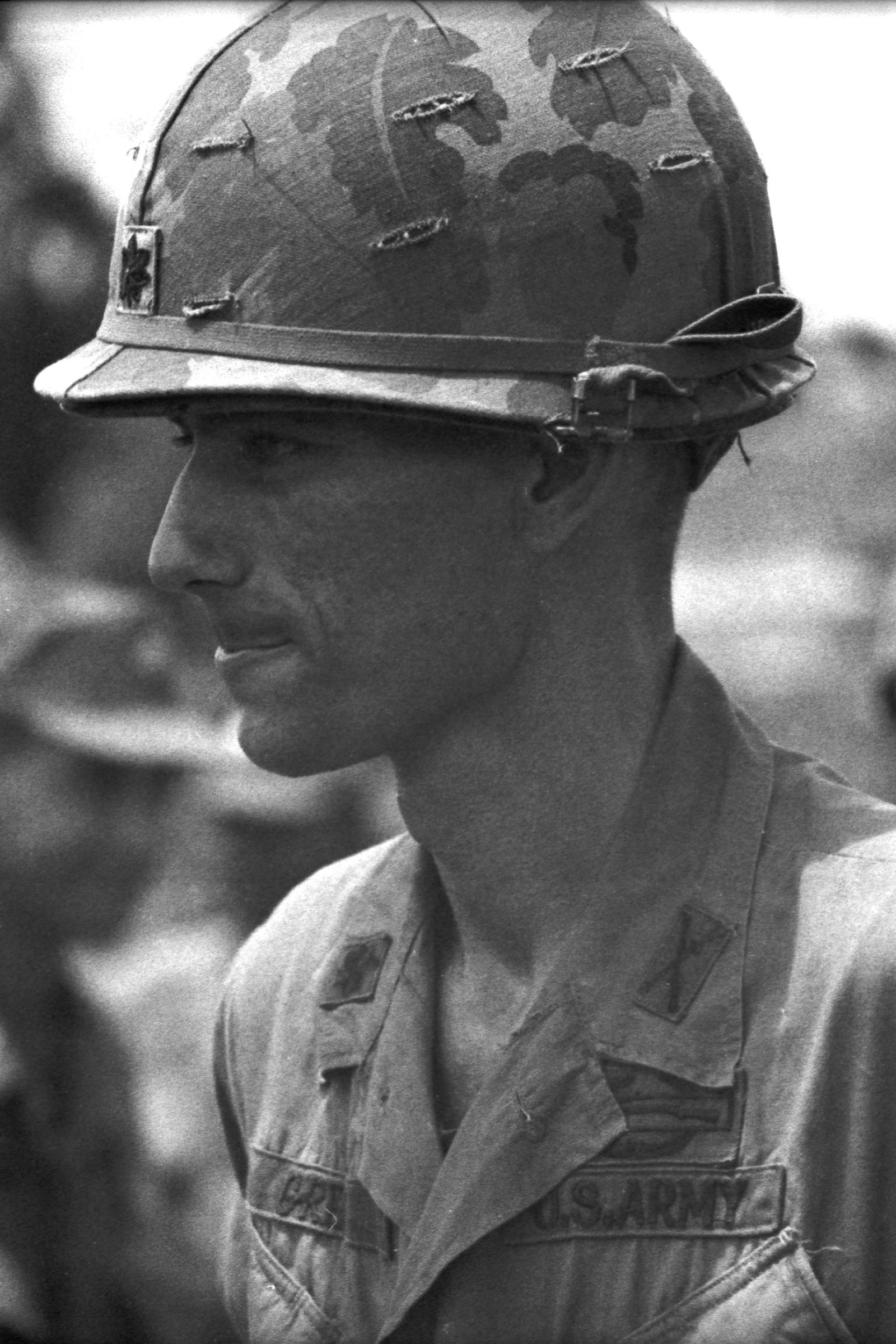 LTC Don Green, who recently connected with Charlie for the first time since these images were taken. LTC Green kindly wrote a foreword for A Weather Walked In.

In summary, we’re working as hard as we can to finish this book and get it to our printer so you all can enjoy the finished work. Currently, the content is in the hands of our two very talented book designers, and, as soon as everything is assembled and proofed, we’ll be going to our printer. Once the process of printing and press checking begins, I’ll be shooting a lot of photos and video, and hope to bring you all updates on that very exciting time. I’m also working on putting together a video outlining how much work goes into restoring one of these images, from scanning of the negative, to the finished digital version.

Thanks again to all of you for your support in making this book a reality. Stay tuned, we’ll have more as we continue to work towards the printing, and thank you all for your patience! If you have any questions or comments about what we’re doing, please feel free to email us at info@chieu-hoi.com, or Crowd Supply at support@crowdsupply.com.