Quite some time has passed since our last update. We hope you’re all well, and we’d like to give you some insight as to what’s been going on with Inkplate 10. A lot has happened over here!

PCB Assembly has been underway for a week now. Procurement of components was extremely tricky, due to the silicon shortages currently plaguing all industries. There are not enough silicon wafers to go around, so integrated-circuit production has fallen way behind. This has affected us, as well, but we had some stock already, and we placed orders early enough that we were able to get what we needed to begin production. As a result, our production line is running at full speed and kicking out more Inkplate 10s every day. We expect to be done with assembly for the entire batch of 1500 boards by the end of next week.

That said, we’ve pushed our estimated ship date back to June 15th to ensure that we have time for testing, packaging, and receiving logistics on Mouser’s end. Thank you for your patience! 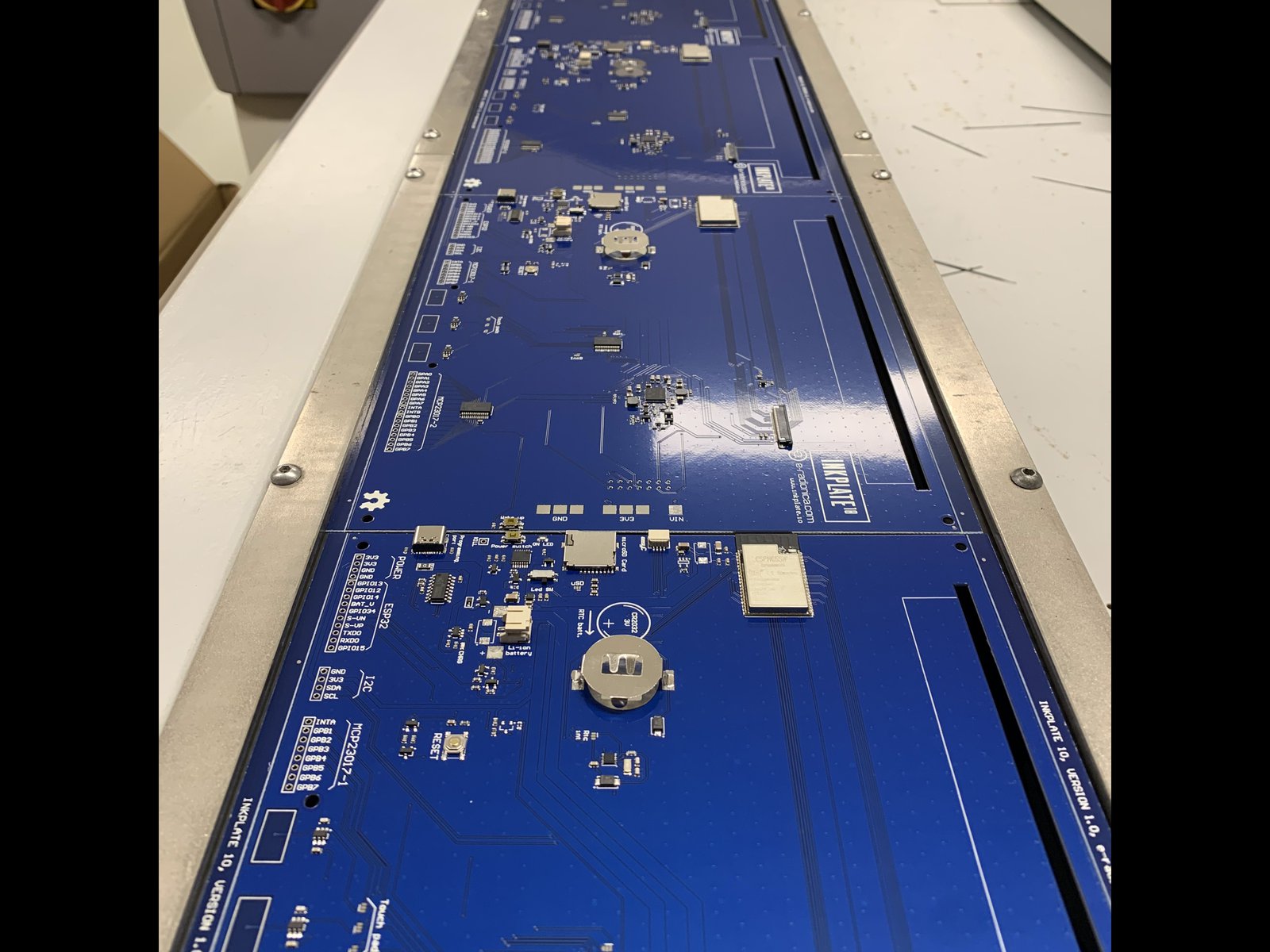 A short video of the pick-and-place machine running. (It’s usually hard to find a good recording angle for these things!)

We were surprised by the number of backers who ordered enclosures, and we’ve realized that we’re going to need help to get them all made on schedule. 3D printing takes time, and nobody in their right mind wants to print 500 two-piece enclosures using just a handful of printers. The front half of the enclosure takes about three and a half hours to print, and the bottom half takes about four and half hours. That’s eight hours per enclosure. Multiply that by 500 pairs, and you’ve got yourself 166 days of printing, on a single printer, even if you manage to keep it going 24 hours a day without issue. (As if that’s ever going to happen…) Divide that by, say, three printers, and you’re still looking at…several months. 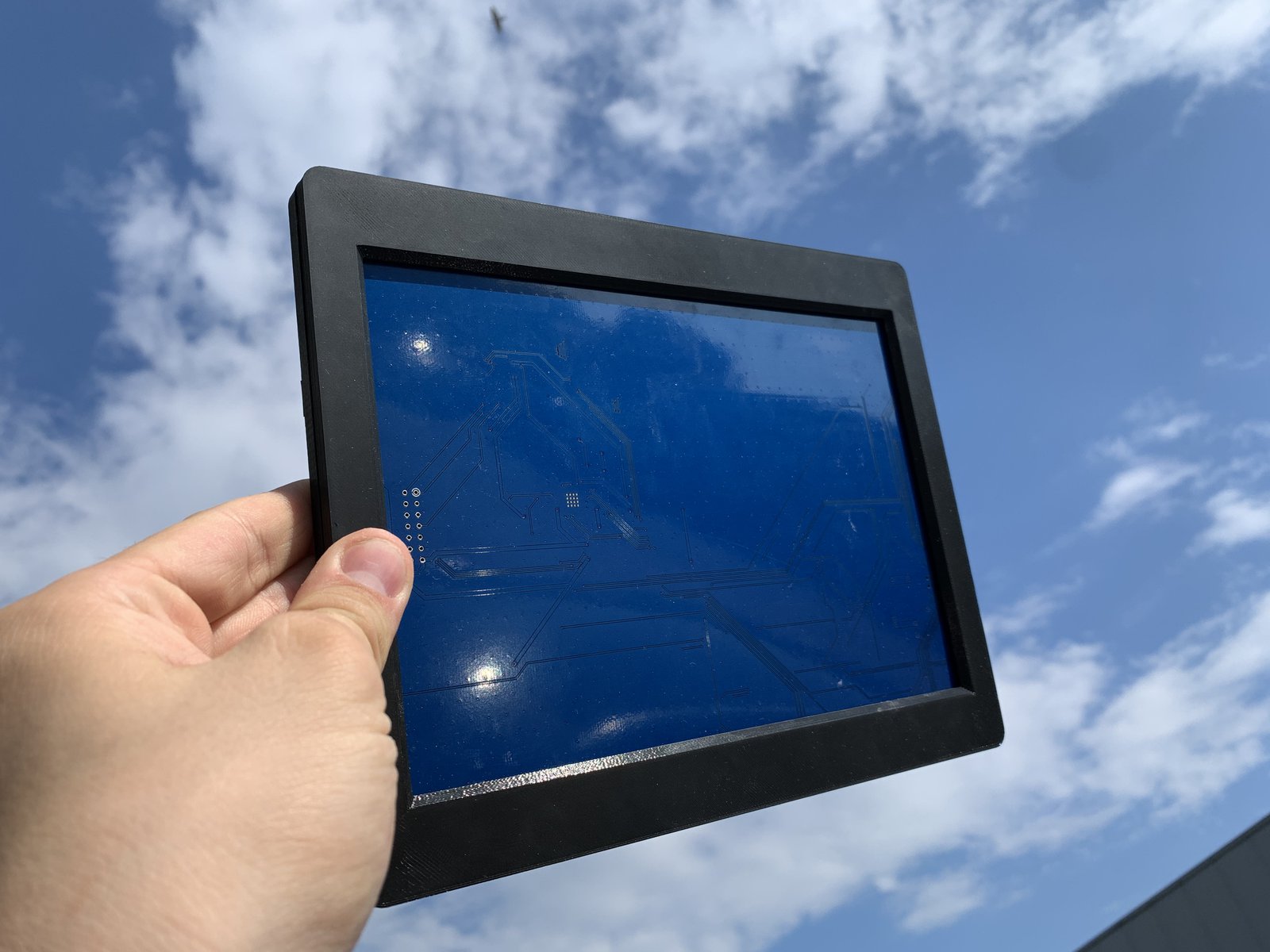 A panel-less Inkplate in a black, 3D-printed enclosure (on a sunny day)

Thankfully, we saw this coming pretty early on, so we placed an order for more Prusa MK3S+ printers in January. We received them in February, and now our little 3D-printing farm is up and running. (18 hours a day, seven days a week!) We are happy to report that—by printing close to 20 two-piece enclosure per day—we are now on track to have them all ready by the time Inkplate 10 ships out to backers. 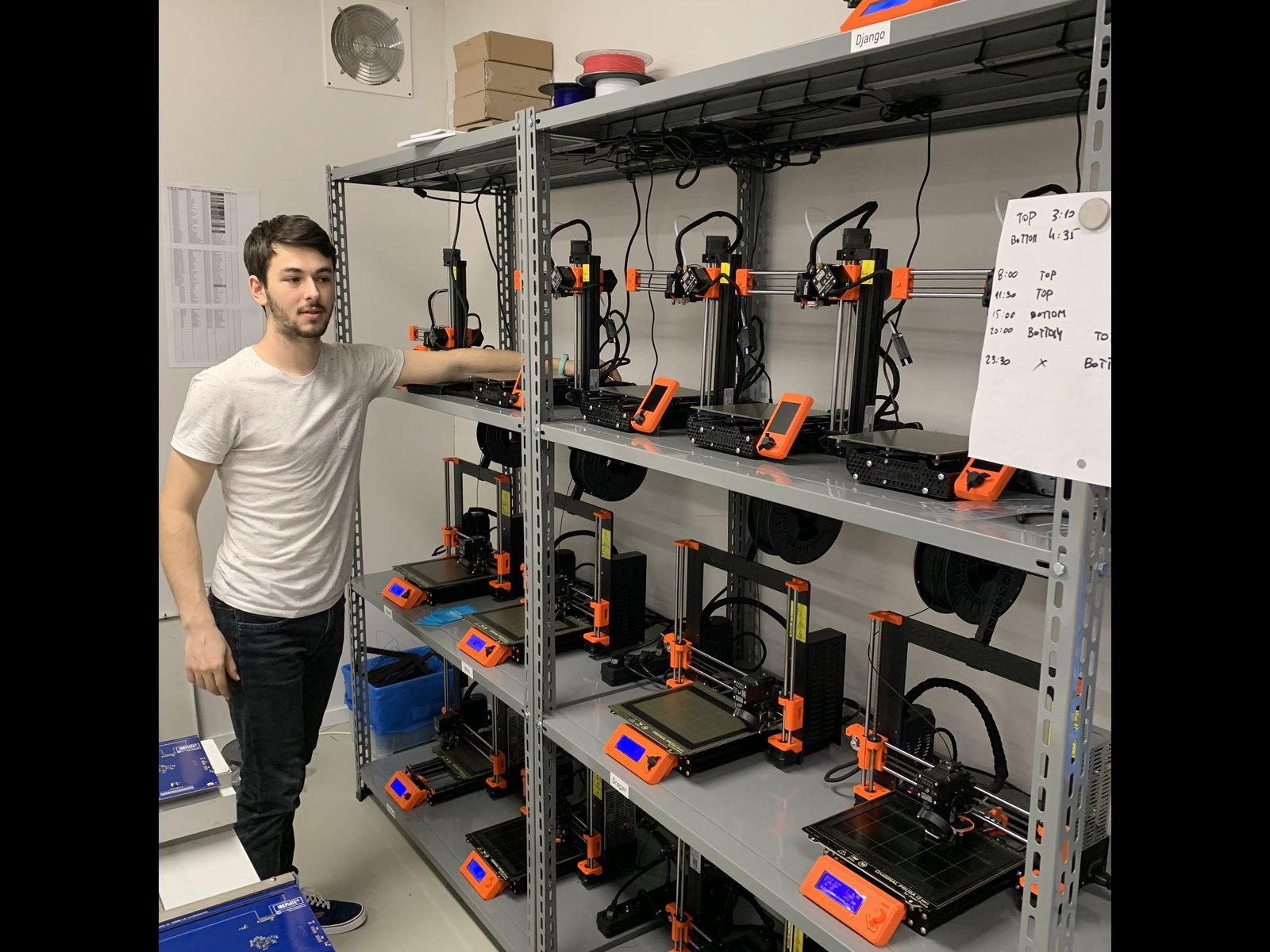 Incidentally, all Inkplate 10 enclosures are either plain black or space (basically black with silver glitter), which does a pretty good job of hiding the printing layers.

As you probably know, our Inkplates use recycled e-paper panels. While this design is environmentally friendly, it sometimes causes problems in other areas. The whole process is terribly slow, and some percentage of the panels we try to salvage cannot be reused and must be thrown away. Also, the flex cables, are often damaged and must be replaced, which is quite tricky. Due in part to challenges like these, we’ve had some trouble acquiring enough panels to meet demand. Essentially, we bought all of the panels on the market and booked all available capacity for some time to come. The good news is that there should be sufficient quantity, within the next two weeks, for us to finish production! 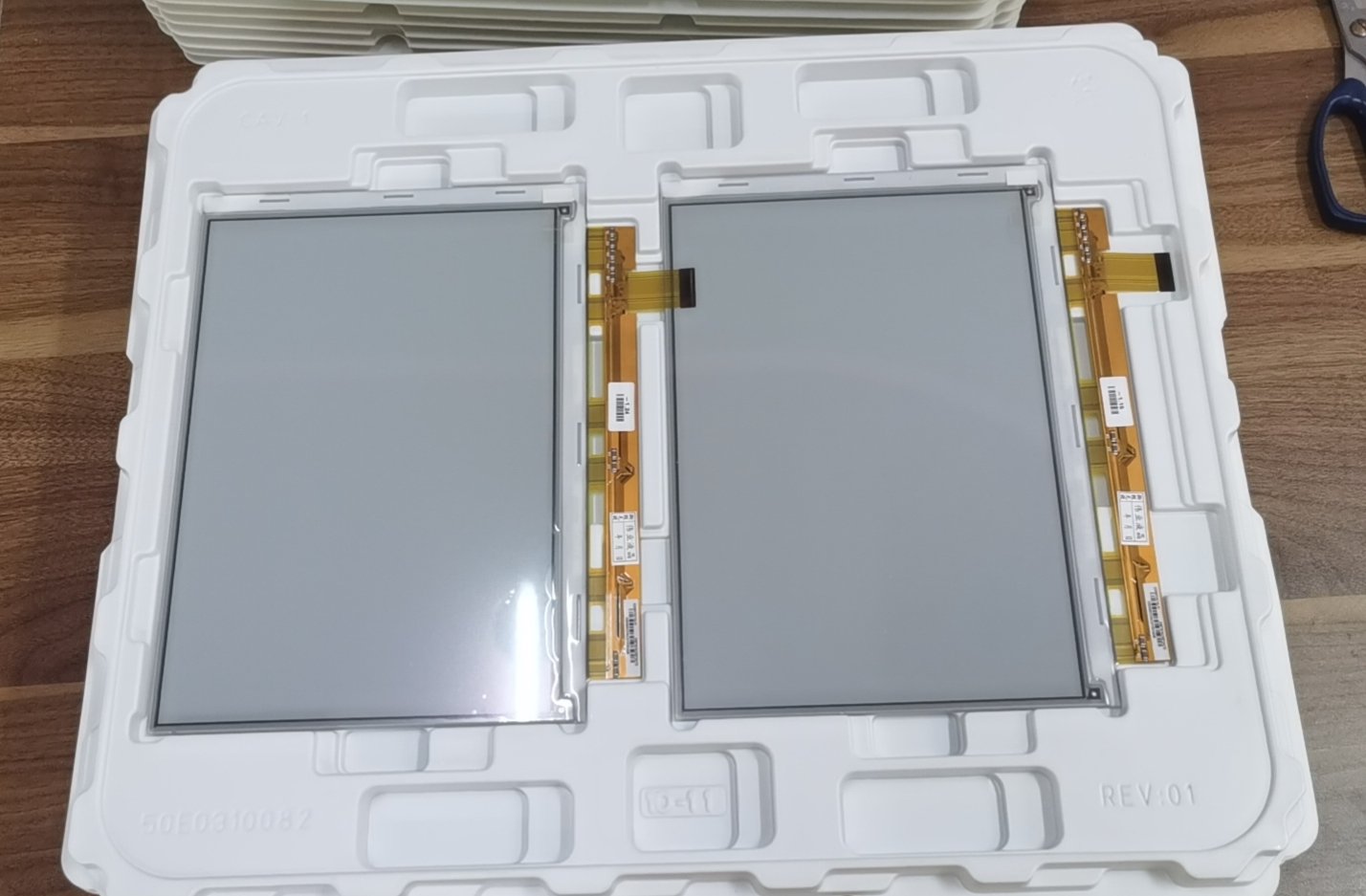 Thanks again for your support (and for your patience)!
David & the team