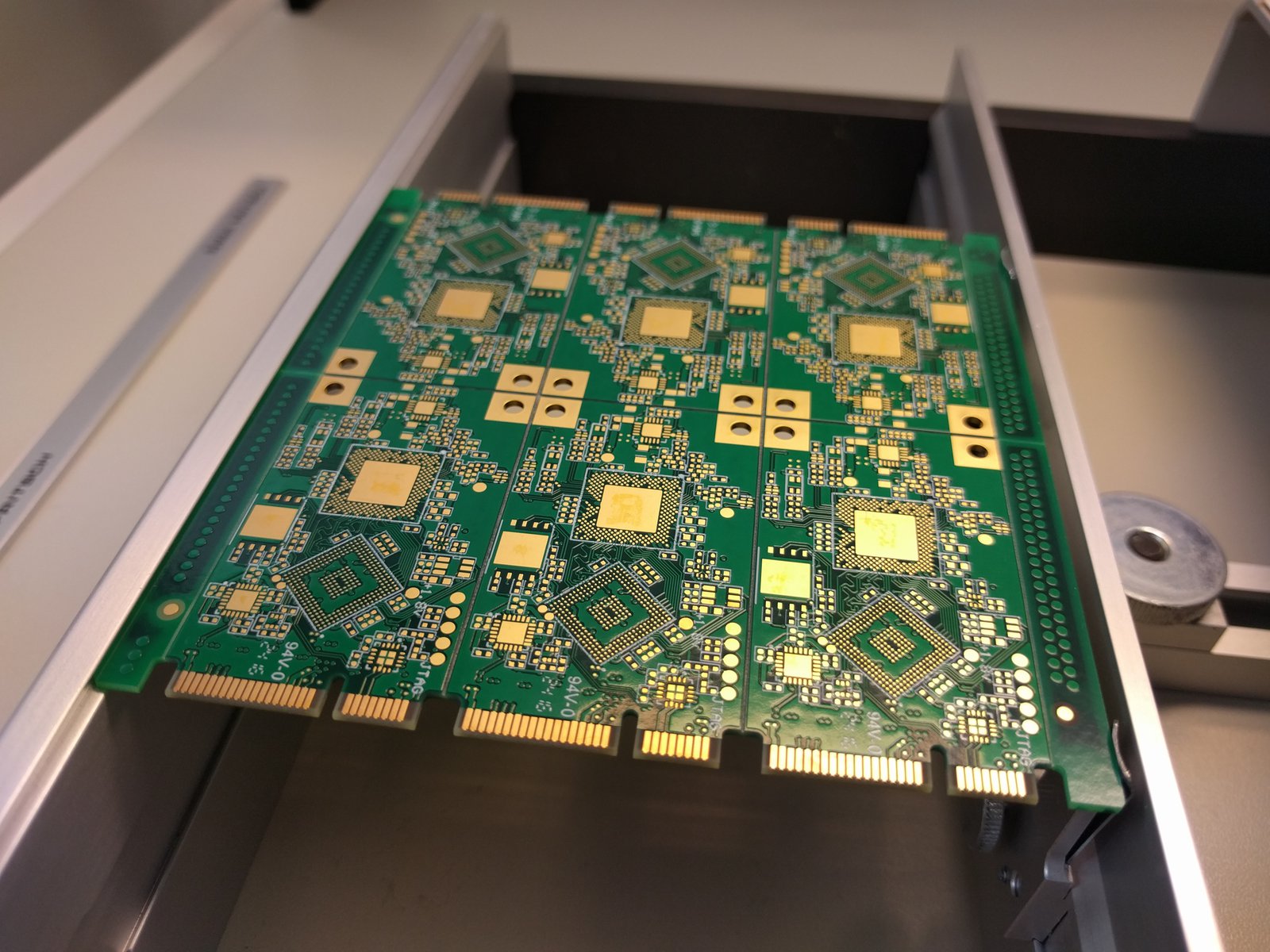 First prototype PCBs are ready for assembly at our fab! Can’t wait to get our hands on the prototypes.

Meantime Andrey Sviyazov has found the first hardware bug, so we know where will have a wire on the prototypes! (every device prototype should have a wire or it’s no fun) We have an RF switch to switch bands and we connected it to 1.8 V control lines. But according to its documentation:

VHIGH = 2.5 V to VDD
VLOW = 0 to 0.8 V
Any state other than described in this Table places the switch into an undefined state.

PS SMT (Surface-mount technology) is a technology used to populate bare PCBs with SMD (surface-mount device) components – basically, a robot putting components on a board and soldering in an oven. XTRX don’t have any through-hole components, – all components are SMD – which means it will be assembled by a robot without any manual soldering. An important optimization for mass production.

PPS – You don’t need a robot if you are resourceful – see http://lowpowerlab.com/blog/2013/03/10/moteino-manual-pick-and-place-smd-assembly/