Hello everybody. As we get close to delivery, we thought we would share with you the security framework we’ve built into the Wi-Fi Stepper. Given that the board supports large stepper motors with high voltage and current, hacking could result in damage and injury. To us, security is a big concern and we need to get it right. To that end, we’d like to share with you the design choices and methodology used to secure the Wi-Fi Stepper and prevent unauthorized access.

We make three assumptions that guide the design choices and trade-offs we’ve made developing the security framework. They are:

Assumption 1 - gives flexibility in how to initially provision the keys. The boards are initially unlocked and blank. It’s up to the user to decide when and how to lock the boards.

Assumption 2 - allows us to focus only on authentication and not encryption. The command messages are signed by both sides to prevent man-in-the-middle alteration and a nonce + monotonic counter is used to prevent replay attacks. The commands are then transmitted unencrypted (clear-text) with the signatures attached. By not using encryption, there is an added benefit of taking the cryptographic computational load off of the processor (which is somewhat expensive for the microcontroller we’re using). We’re using the HMAC algorithm and a shared private key to generate signatures for messages to and from the device.

Assumption 3 - means that handling the private shared key on the device is critical. We want to allow for the same private shared key to be used to secure many devices. If an attacker is able to gain access to and tamper with one device, the key should not be readable and the attack should be isolated to that one device.

Early on we made the decision to use the Atmel ECC508a crypto companion processor. It provides the security algorithms we use, and more importantly, the key security we rely on. After provisioning, the authentication keys are locked into the EEPROM on-chip and cannot be read back out. All the HMAC computation is done on-chip in a secure way with only the resulting computed signature being transmitted back to the microcontroller. 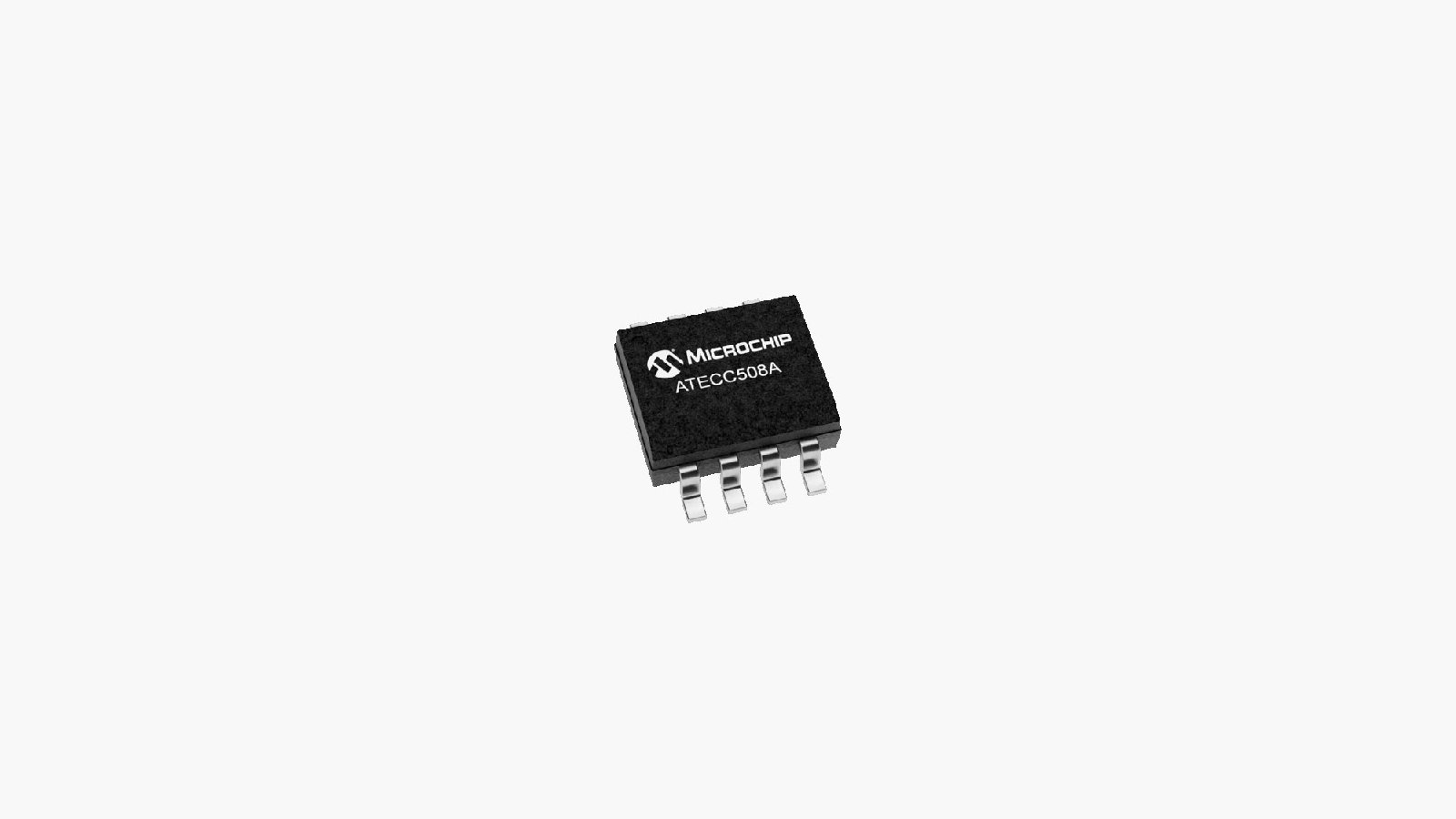 Provisioning with the Web Interface

All the nuts and bolts to provision the ECC chip are handled for you if you use the Web Interface software that ships with the Wi-Fi Stepper. The only thing you need to provide are the two keys, and remember the Master Key as it is permanent.

We’ve tested the latency added to the command execution by the security framework. A typical command message will take an additional 25 to 30 milliseconds to be verified and a reply acknowledgment signature generated. Longer commands (such as motor setup and configuration) will take 50 to 75 milliseconds worst case.

What we did not consider

It is just as important to describe what we did not factor into the security design.

Radio communication is always susceptible to jamming and wifi in particular is easy to launch a denial-of-service attack against. There is not much you can do to prevent a motivated adversary from successfully carrying out an attack like this. There are timeouts on the device that can trigger command execution to safe the motor in various ways when a network dropout or other denial-of-service happens.

Being able to prevent physical tampering is an important aspect of this security model. How you do that, though, is up to you. If your application requires high security, Assumption 3 means that the only real way to maintain communication security is to have hardened physical security as well. Tamper detection is another important aspect. If a device is physically compromised, being able to detect it is critical.

Security is hard. Really hard. In a world where IoT devices are notoriously bad at security, we hope this is a step in the right direction. While we humbly know there could always be improvements to security, and there is the potential for security bugs, we at Good Robotics want to show our commitment to security and collaboration in this space. Please reach out or give us feedback if this is an area of development that is important to you. 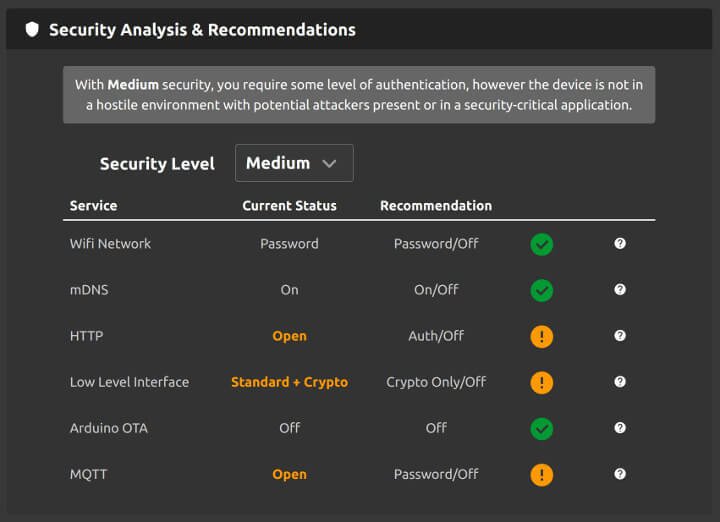