Airpup is the culmination of a 10-year dream to create a quiet, stable, and easy flight platform by updating kite balloon technology. When I started I imagined a quick project: I was going to make a kite balloon, put a camera on it, and watch sheep herding from the air. I had 5 months to make it happen. I found an operations manual for a WWI observational balloon at the library and joined the Yahoo Solar Balloons Group.

One month later I had my first balloon, pieced together over weekends in a friends’ attic using dollar store trash bags. It was torn apart in the wind in about 5 minutes. 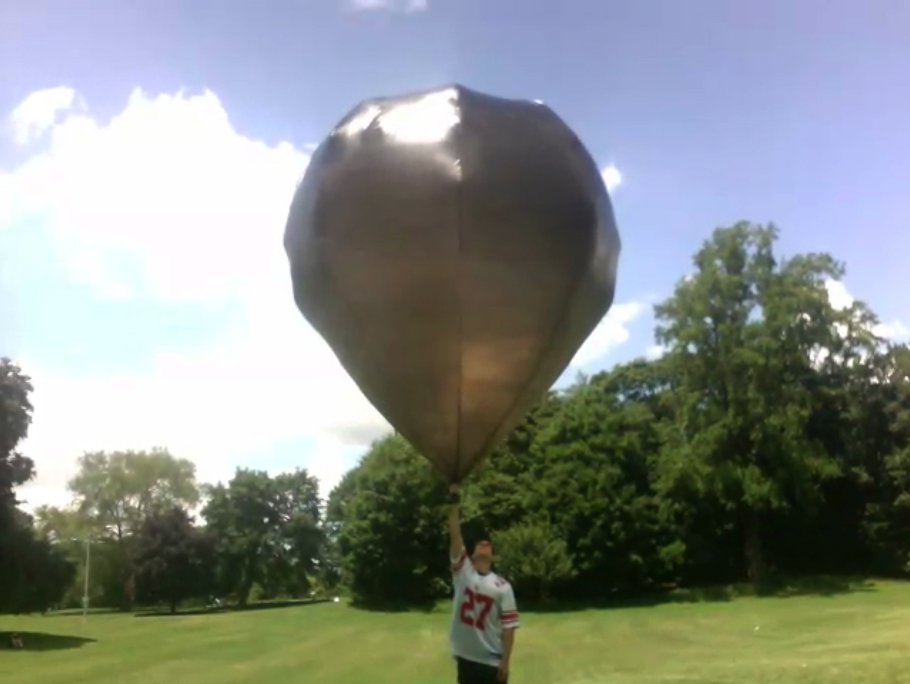 Jake Lemkowitz with a balloon

In the beginning of 2010 I joined the Grassroots Mapping community. After the Deepwater Horizon disaster we kicked into high gear, and have since helped thousands of people to take aerial photos with inexpensive balloons and kites. I had the honor of compiling our best practices into the commercial Balloon Mapping Kit. 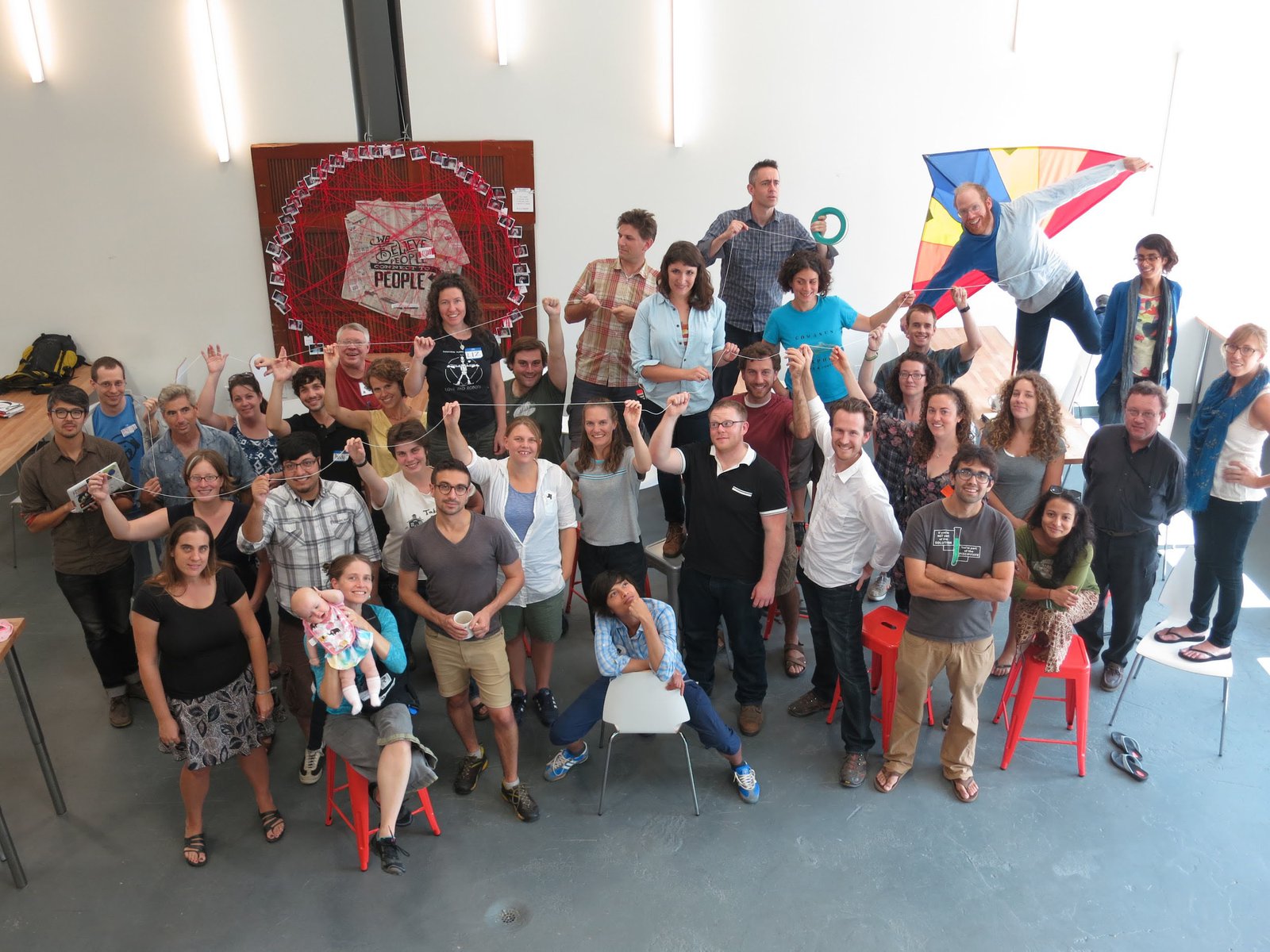 Helium balloons are a uniquely easy and safe way to fly. Over years of making balloons and kites and training folks to fly them, it was clear that kites had a much steeper learning curve. Combining the simplicity of a balloon with the flight performance of a kite remained in my mind, but I questioned if anyone would want one as drone technology advanced. Then the FAA released their restrictive regulations, and many municipalities, including Portland and Seattle, joined in.

Over dinner at AGU’s 2016 Fall Meeting, I mentioned my dream of a small kite balloon to Geoff Bland, a research engineer at NASA Wallops. His enthusiasm didn’t just convince me to give Airpup a try. Over several brainstorming sessions, we worked through a series of fabrication issues and he connected me with the technical assistance I needed to make the balloon. 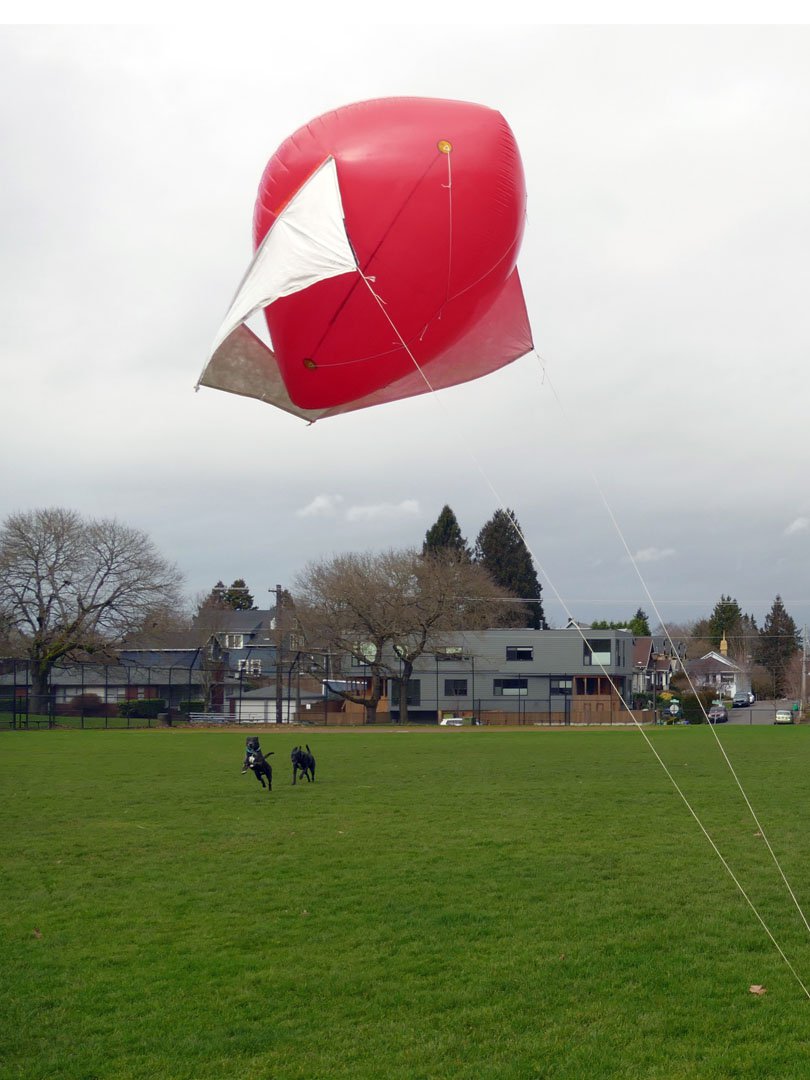 In a lull of contract work between December and February of 2018, I got a small prototype flying. I looked at my bank account; the prudent thing was to get some more work, and put Airpup down.

Kites and balloons had sustained me through rough patches in my life. I’d dug up that WWI kite balloon manual in the library because I didn’t have any where else to go, couch surfing after a house fire. Working on an historic kite with a friend had pulled me through crushing medical issues and the threat of blindness. The dream of flight had given me perseverance, and I was determined to persevere in flight.

I went all-in, and made the first new kite balloon design in 25 years. 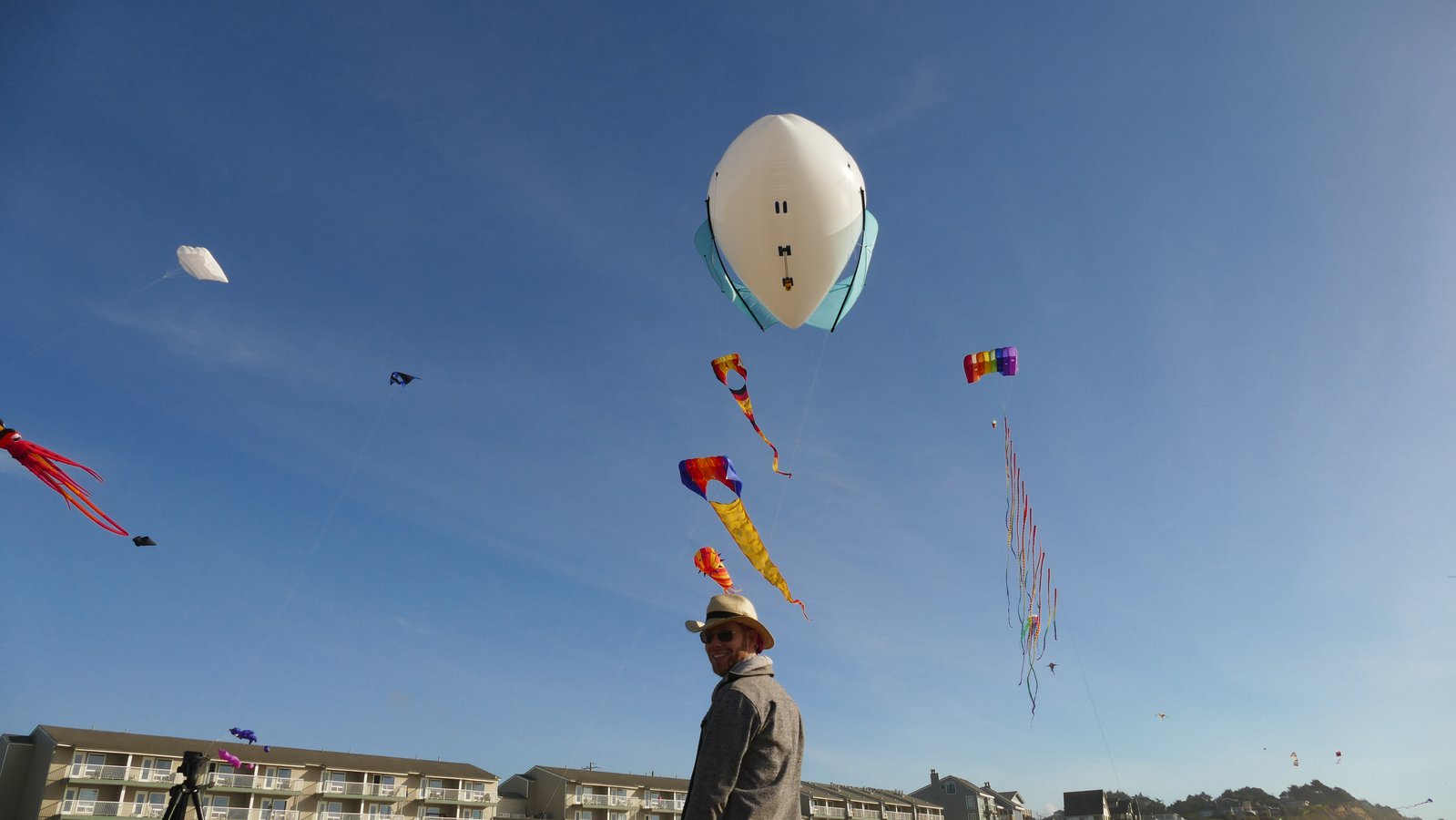 Me flying Airpup at the Lincoln City Kite Festival