What is a Kite Balloon? 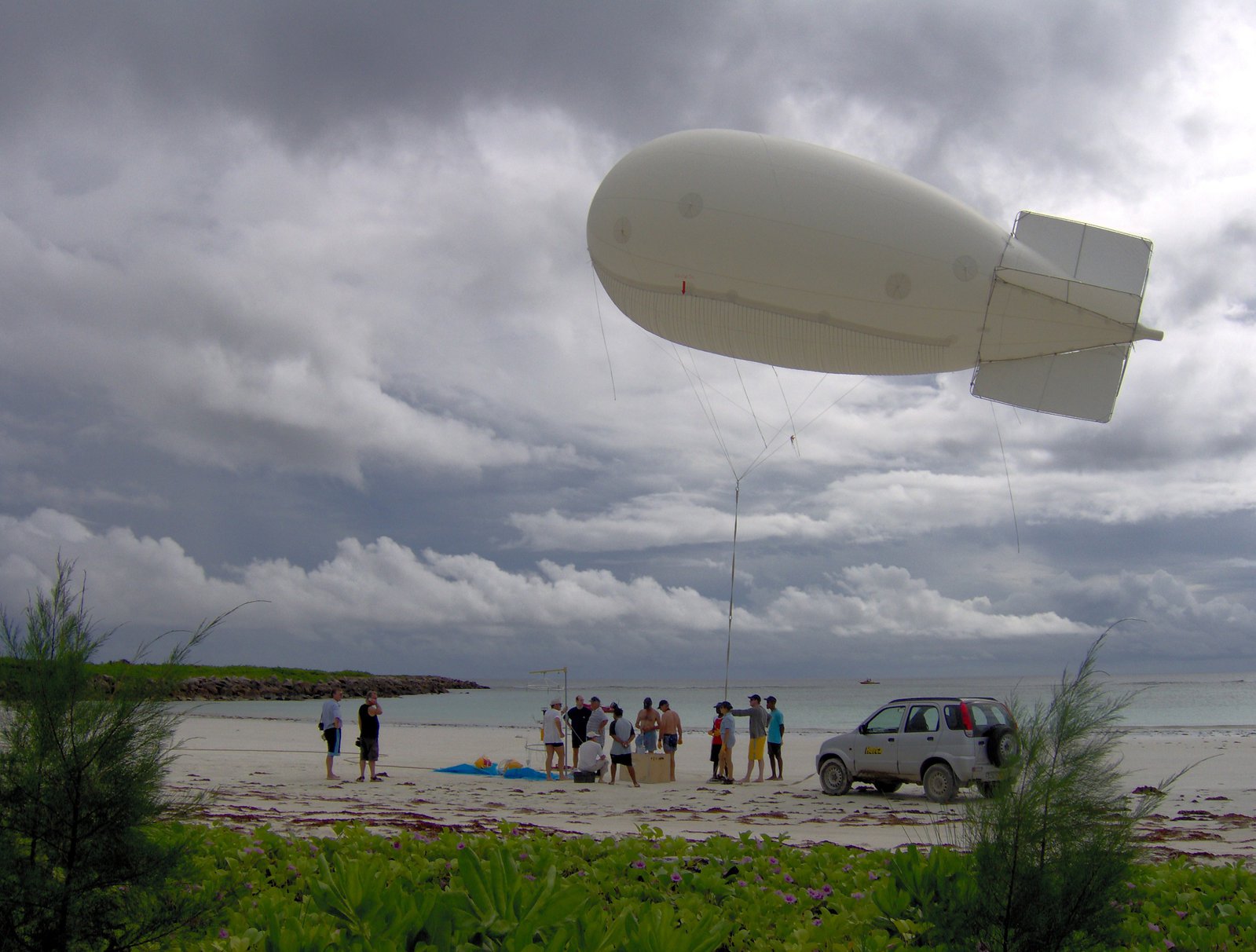 CNES Aeroclipper balloon preparing to chase down a typhoon in the Pacific.

Kite balloons are balloons that fly like kites, and they were the first reliable way to fly and land in the same place.

The first kite balloons were sausage-shaped and inspired jokes, one of which potentially led to the term ‘blimp.’ 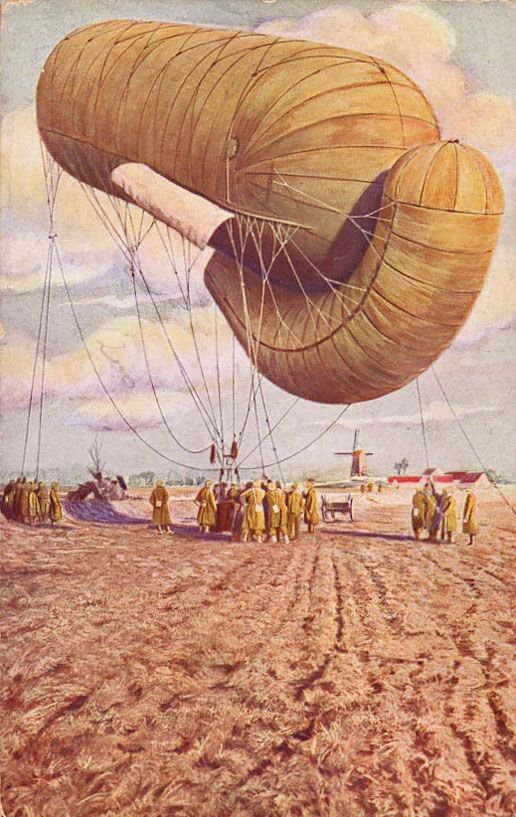 A Belgian version of the Parseval-Sigsfeld kite balloon common at the start of WWI. 1914 or 1915, private collection of Frits Van Der Veldt

Invented a decade before airplanes, kite balloons continue to be valued for their simplicity and endurance. Do you need a flying advertisement or a temporary cell tower? Are you monitoring the path of a typhoon? Measuring greenhouse gas emissions or boundary layer weather? A kite balloon might be the right choice.

Although they’re now called tethered aerostats and made from plastics instead of rubberized silk, most of today’s kite balloons are nearly identical to those flown in the 1920’s. All that changes is the name: barrage balloon, kytoon, tethered aerostat, tethered UAS, and myriad others have been used to update the same idea. 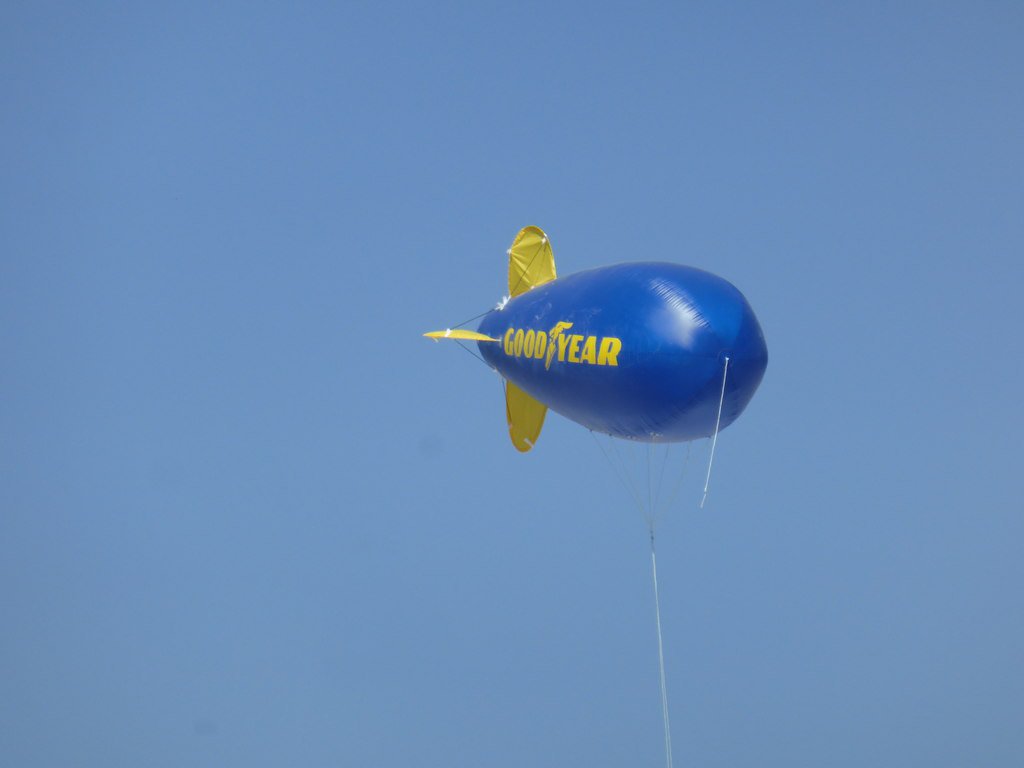 Beyond the tethered blimp 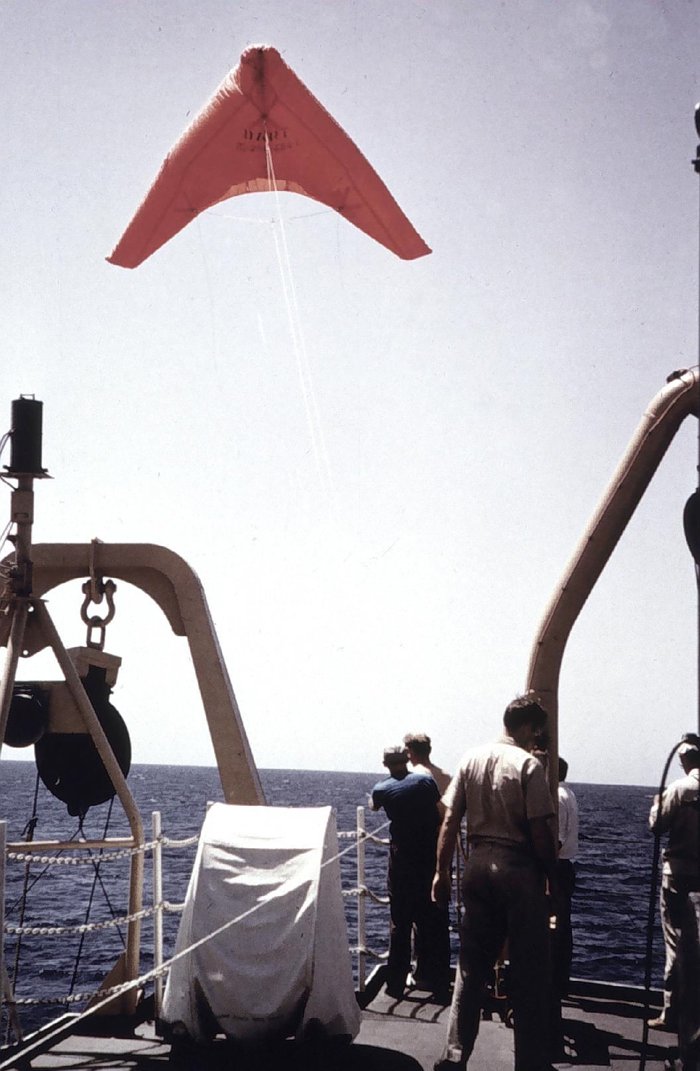 Two goals lead to new kite balloon designs in the 20th century. the demand for small kite balloons and attempts to fly to altitudes above 15,000 ft.

In the 1960’s Goodyear’s Vee balloons were designed to fly as a train of multiple balloons on the same cable, all the way up to 100,000ft. Tests by James Menke proved that 1960’s cable technology wasn’t up to the task, and experimental use in balloon logging was abandoned as the lumber industry entered troubling times in the 1970’s. 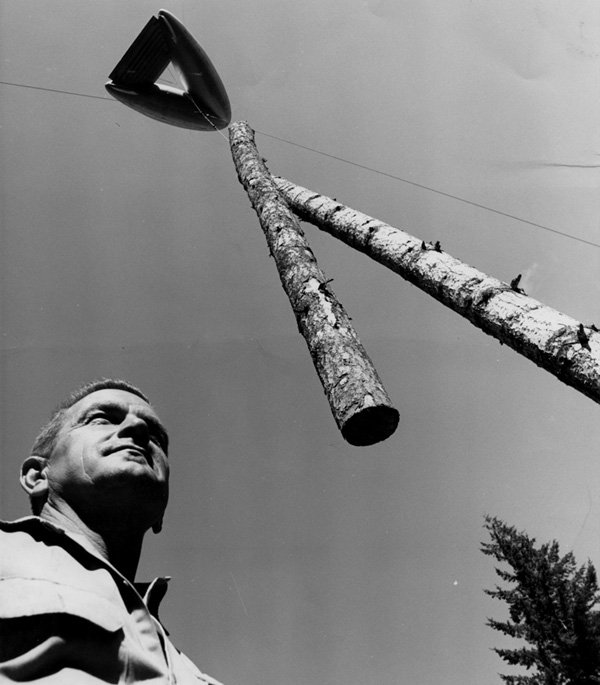 Domina Jalbert experimented with flying small radios on his Kytoons in the 1940’s-1960’s, and Goodyear made smaller, less successful versons of the Vee balloon called the Dart, but neither found regular customers in an era of heavy payloads. 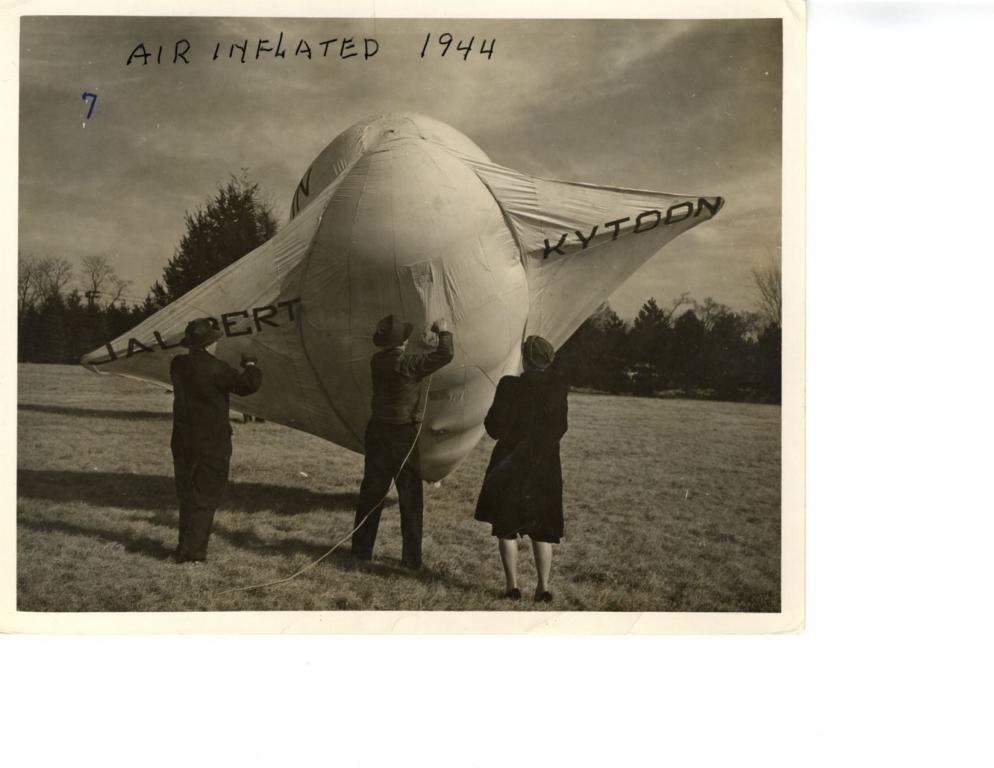 Since the 1990’s, miniaturized electronics have driven demand for smaller kite balloons. Because volume contracts exponentially as an object gets smaller, kite balloon designs other than the tethered blimp shape are often used.

The SkyStar balloon has had contemporary success by reworking a stabilization strategy from the 19th century updated by Arthur Mears— hanging a mesh below a balloon. 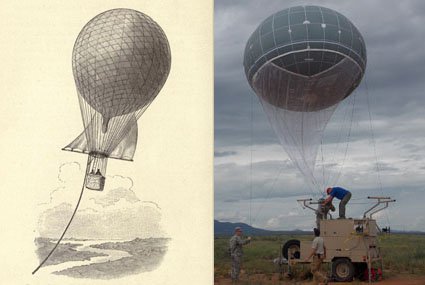 Image from page 40 of Airships Past and Present: 1908, Army Wasp Aerostat, image: US army

The Allsopp Helikite uses the same ‘oblate spheriod’ balloon shape as the Sky Star joined to a traditional diamond kite shape, and is the smallest contemporary kite balloon. 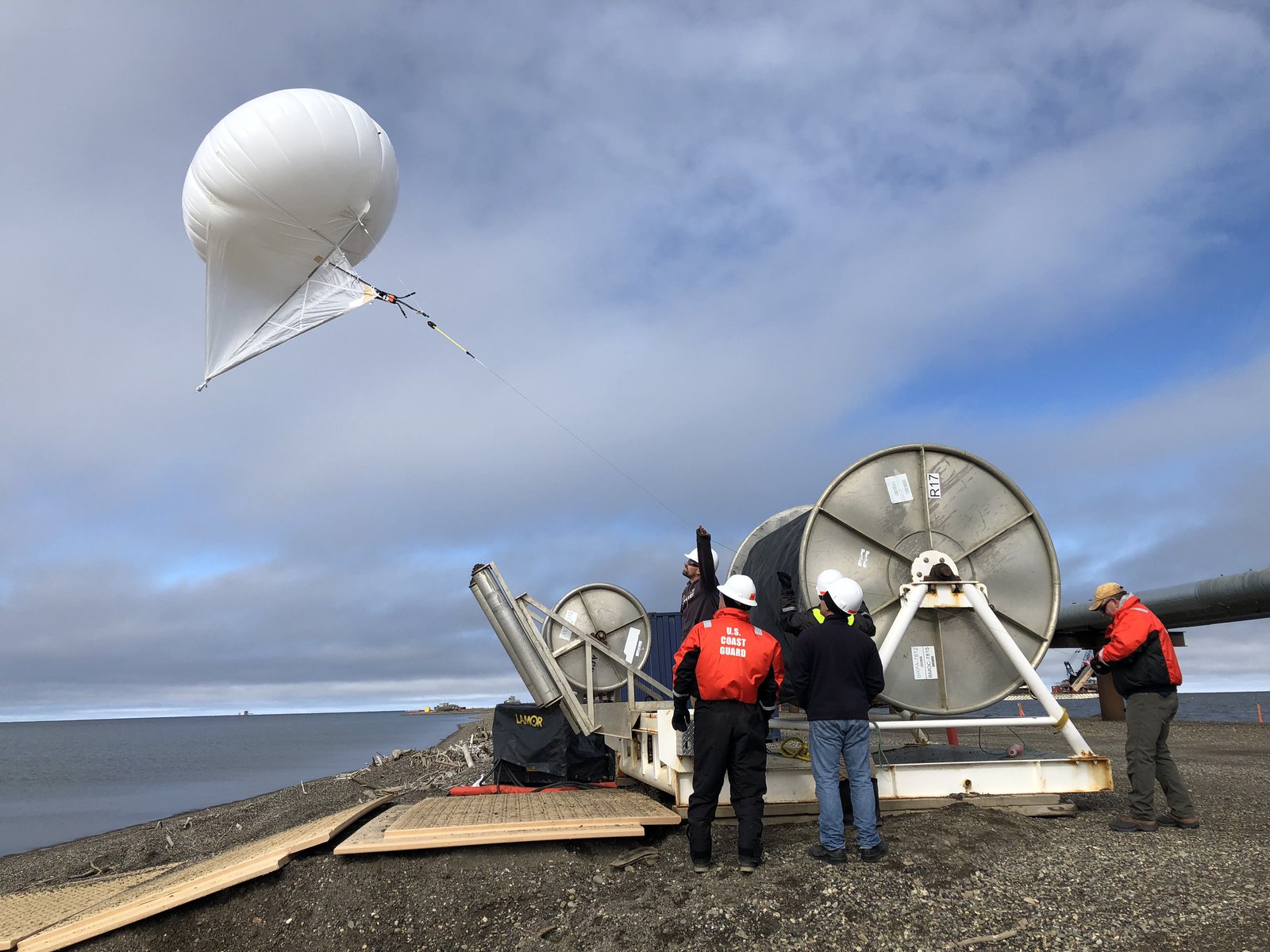 My own design, Airpup, is the first new kite balloon in 25 years. My goal was to shift payload attachment from dangling strings up to the balloon’s belly. My goal is a balloon as small as a Helikite, but easier to rig and fly. 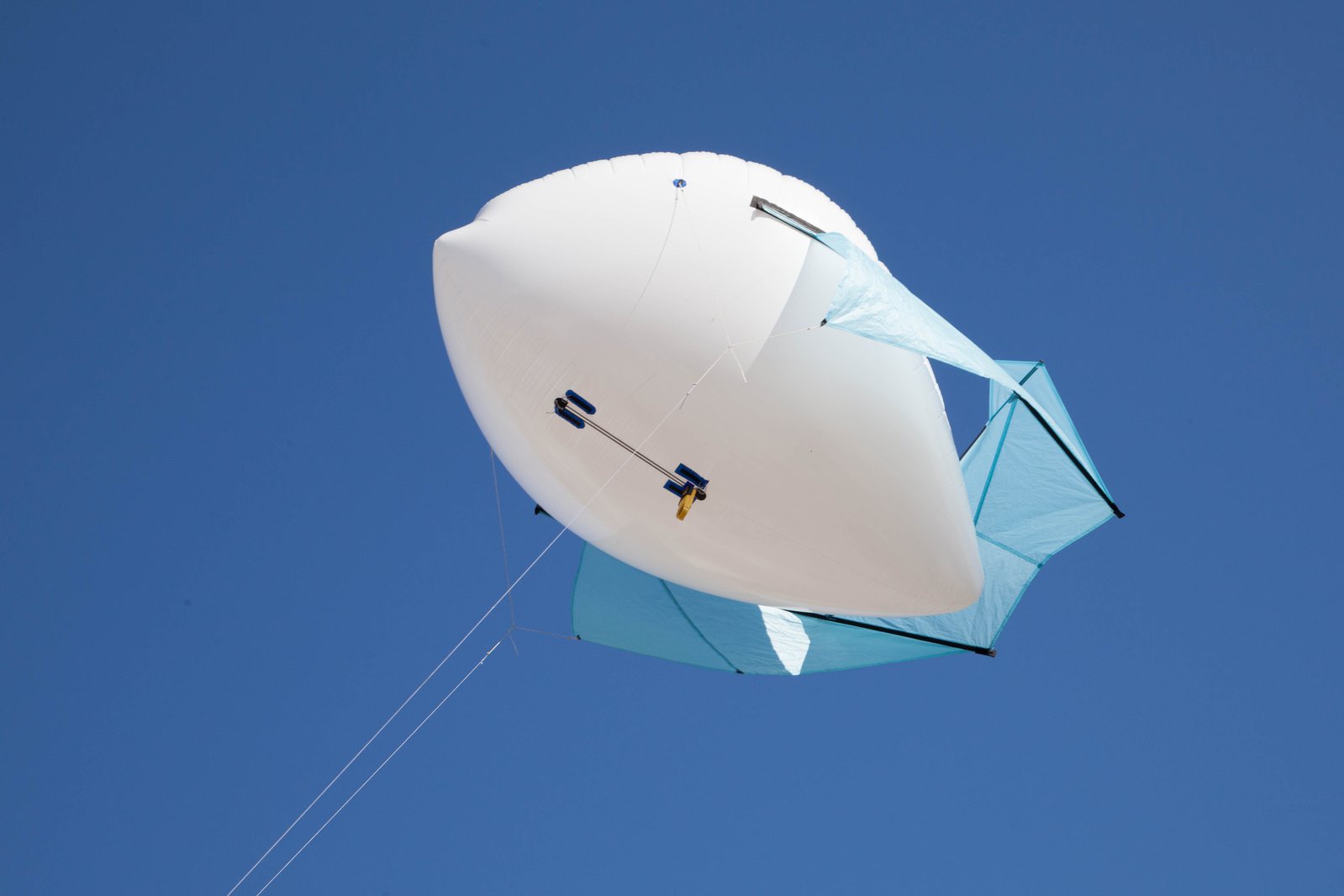 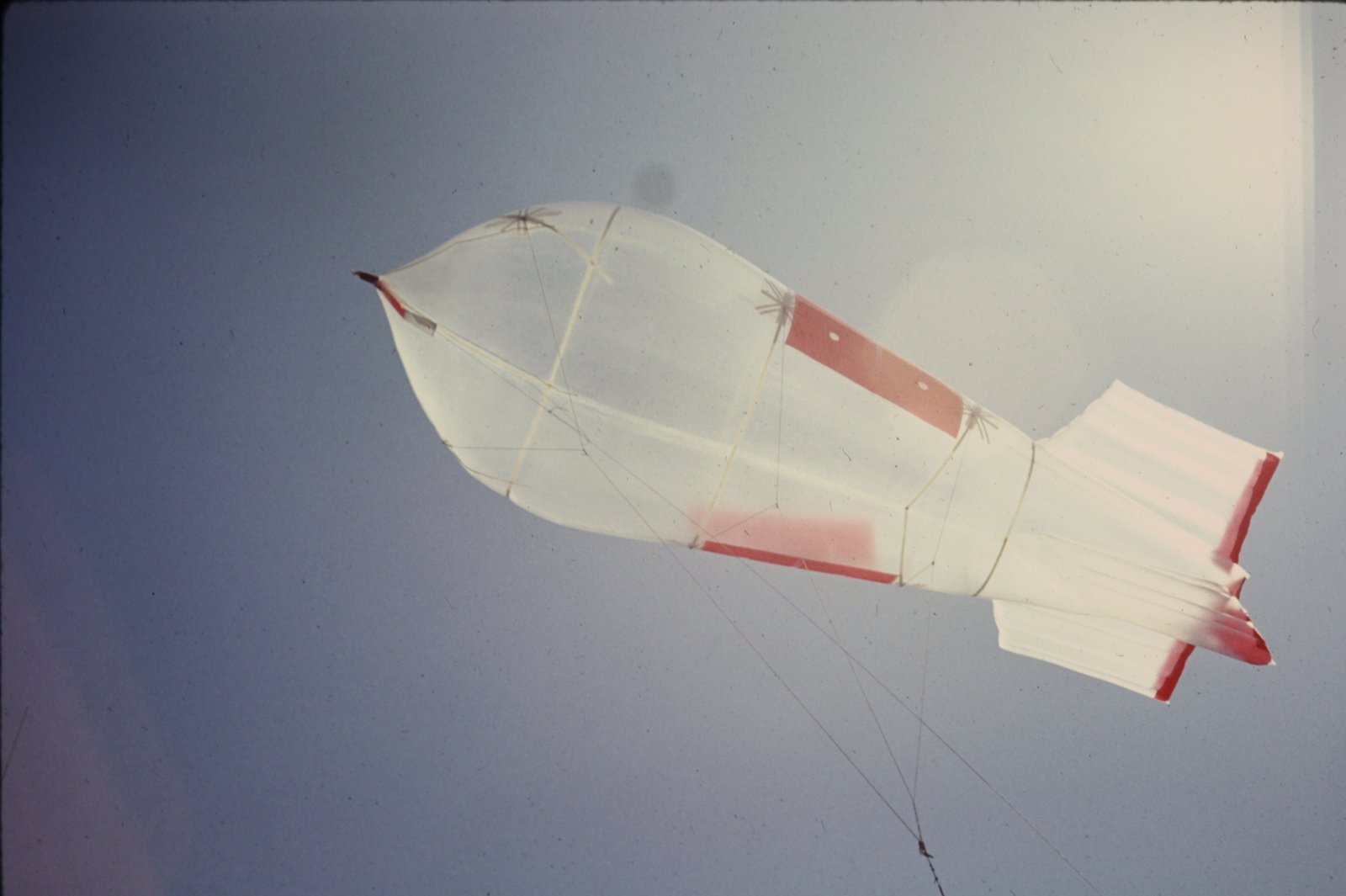 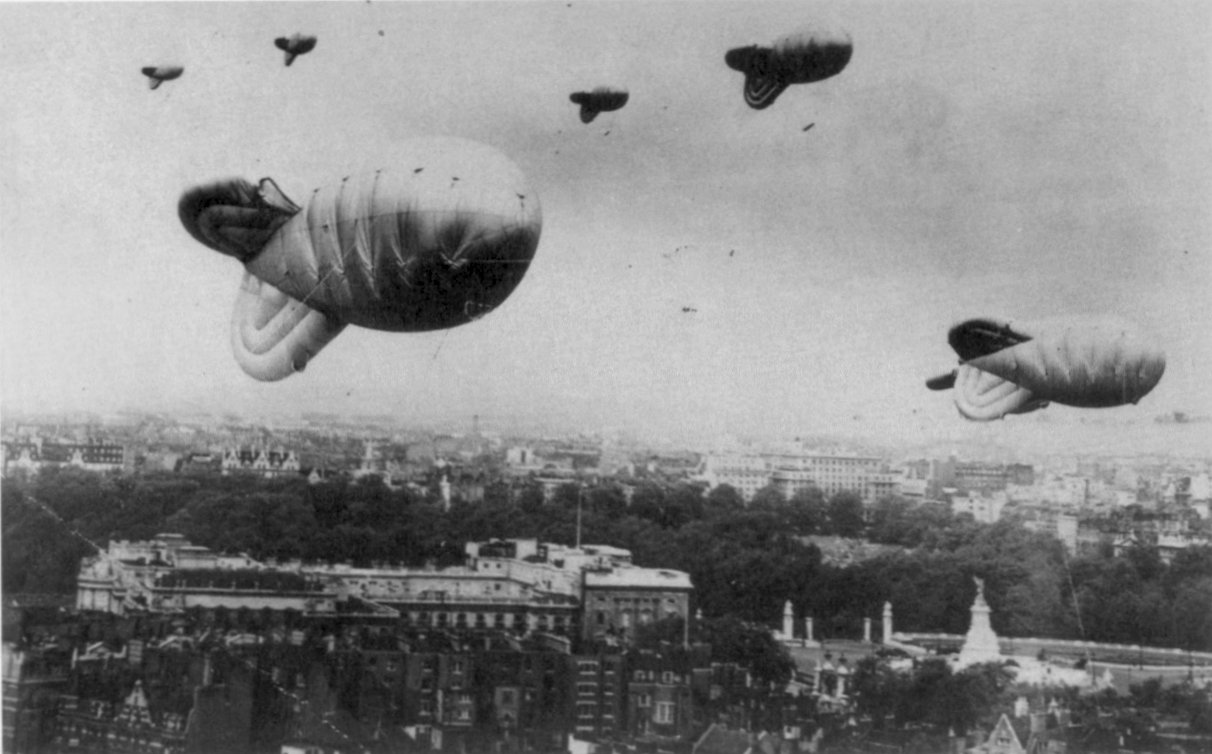 RAF pararoopers practice jumping from a Caquot Type-M kite balloon in 1984— 68 years after its invention. 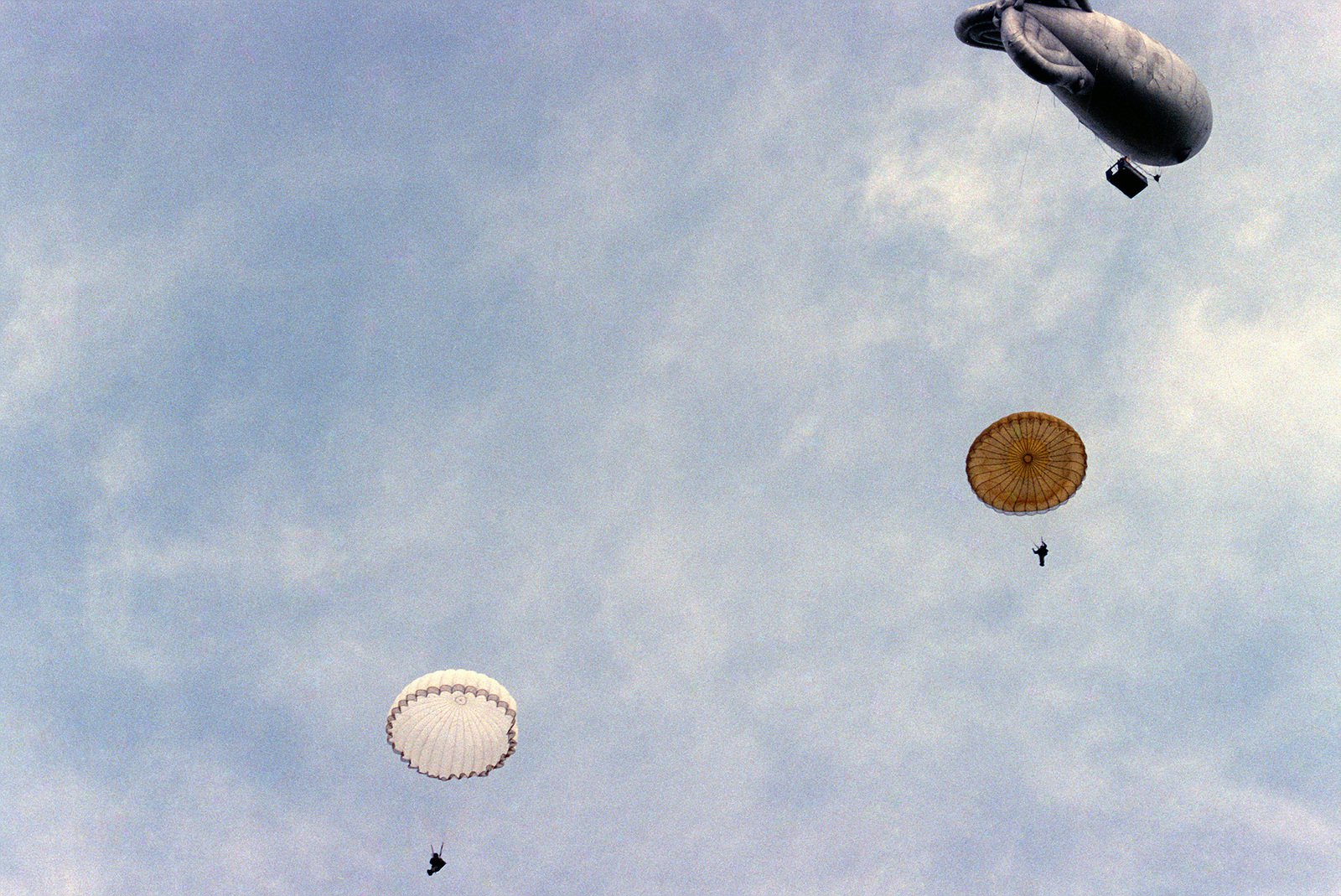 In 1904 Kite balloons were first used in combat during the Russo-Japanese War. The Russians had limited experience and deployed both an early Parseval-type design and a spherical balloon. The Japanese used a kite balloon designed by Isaburo Yamada. 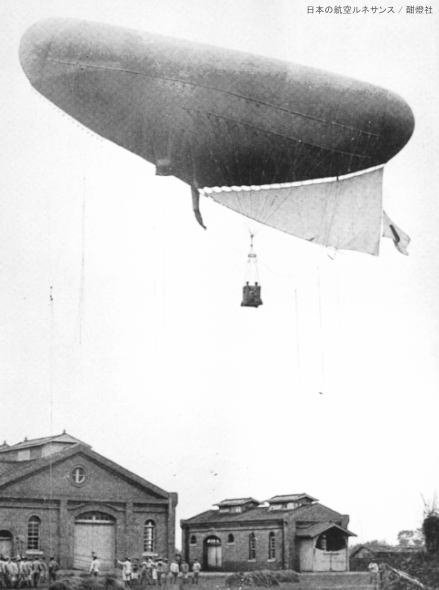 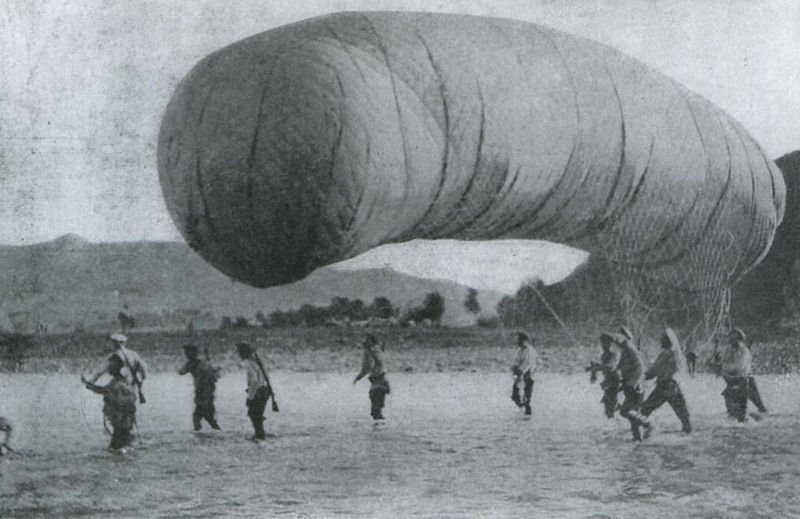 Russian balloons at the battle of Liaoyang 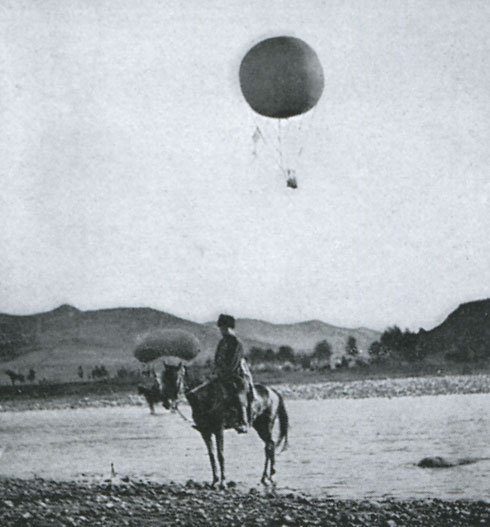